This was said by the President of Belarus, Aleksandr Lukashenko, in the Luninets District at a meeting discussing the strengthening of Belarus’ military security, BelTA reports 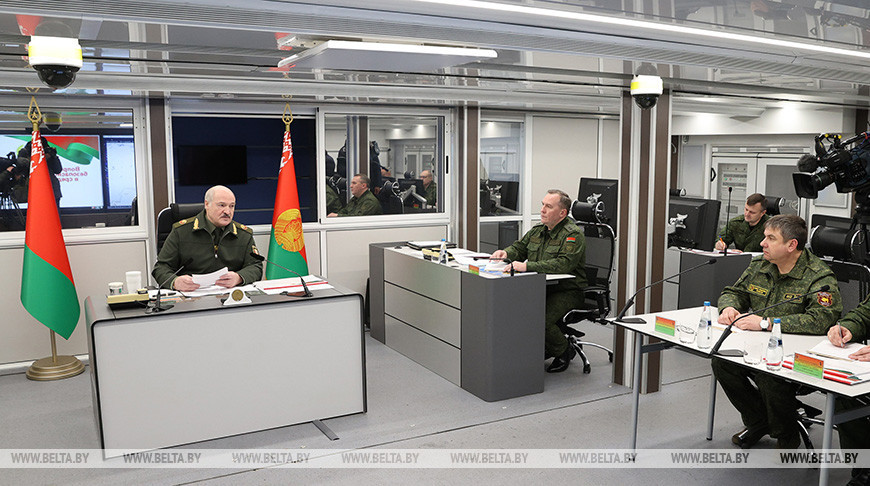 “Today we have gathered here, in a quiet, peaceful corner of our Belarus, to discuss the security of our state. Even a decade ago, no one could have imagined that such a moment as today would come, and we would have to create military units and a whole association in order to protect our southern borders. With pain in our hearts, we observe everything that is happening in Ukraine. Its current political leadership – being under external control – sometimes behaves unpredictably and inadequately. Therefore, in case of unpredictability and inadequacy, and, God forbid, in case of military operations, we need to decide. Almost 1,500 kilometres of the southern border of Belarus and Ukraine is a considerable length. Whatever it costs us, we need to not only see what will happen and is happening on this border, it must be reliably protected,” stressed the Belarusian leader.

Aleksandr Lukashenko stated that everything that is possible is being torn out of the soul of the Ukrainian nation, primarily, the memory of the Slavic peoples, common roots, language, as well as cultural and ethnic code that binds peoples. “They are trying to destroy everything in Ukrainians’ soul,” he said.

“We had no idea that a few decades after the end of the Great Patriotic War, youths with fascist swastika would march along the central streets of Kiev and other cities. This is unacceptable for us, because we will never forget everything that happened on our territory. After all, we remember Khatyn, we remember what happened. And not just what happened, but who did these atrocities there. This is also one of the reasons why we are forced today to respond here, in the south of our country, to the situation that is developing,” noted the Head of State. 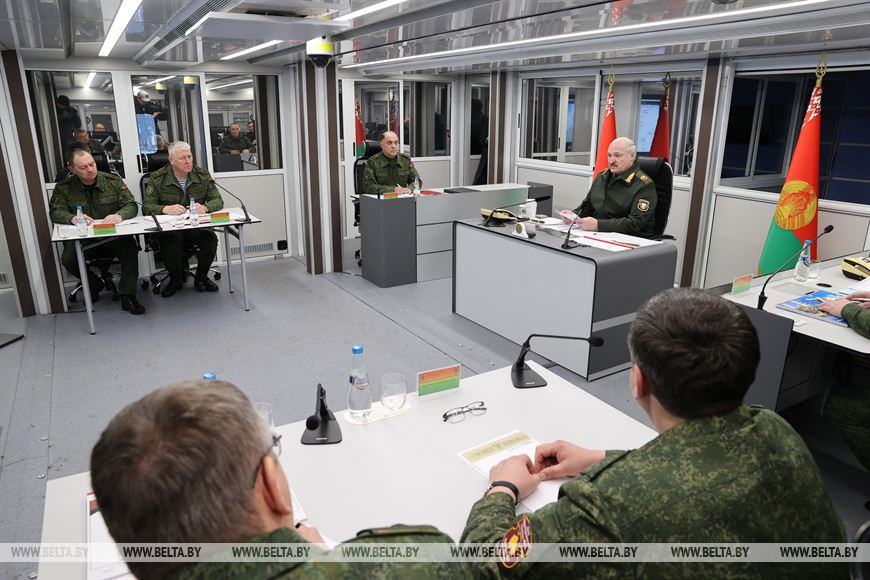 He stressed that Belarus sees well what is happening in the south and in general along the country’s borders. “We have a good idea of how to respond. This is today. But we need to predict the situation for the future: what will happen tomorrow and the day after tomorrow,” added the Belarusian leader. “Therefore, there is a wise saying: if you want peace, prepare for war. We must do everything to ensure that we cannot be taken by surprise and that we can respond at the right time. I am absolutely convinced that you, people in uniform, know what needs to be done to protect our land.”

The President also noted that the meeting place was determined not accidentally. In late November 2021, the Defence Minister already reported to the Head of State what is necessary in order to protect the southern borders. “Then we agreed that we would meet some day here, in Luninets, a very good and convenient place – from the point of view of the military – to discuss all the proposals that were set out at that time. Then I asked to finalise those proposals,” said Aleksandr Lukashenko.

He demanded to report on the results of the revision on what needs to be done in Luninets, as well as in Belarus as a whole in terms of the air defence system, and most importantly, on the southern borders.