The President of Belarus stated this today during his meeting with the Chairman of the Russian State Duma, Vyacheslav Volodin 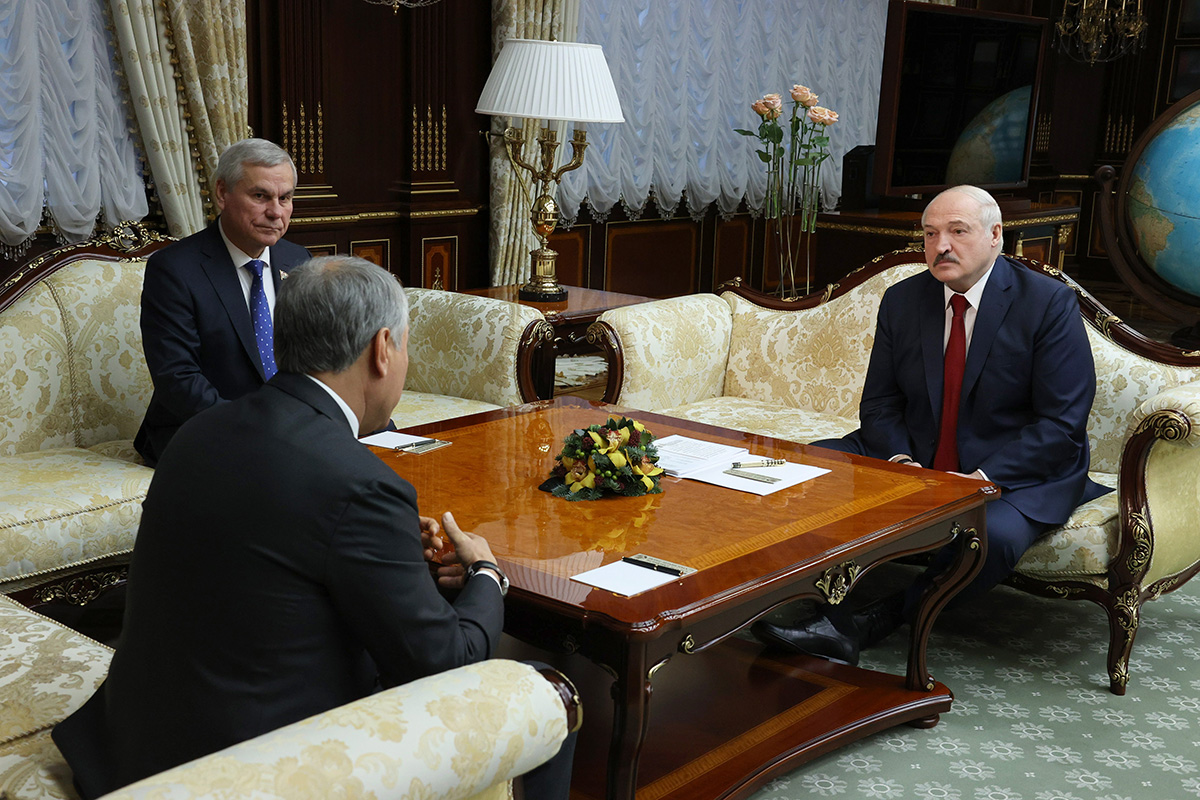 “We know each other for a very long time. We are actually like-minded people but, in my opinion, we officially meet for the first time now. This is seemingly strange but I think the first step is the hardest. We will catch up if there is anything missing. Although, as we see today, we can hardly blame ourselves for anything,” Aleksandr Lukashenko addressed his guest.

Speaking of the Belarusian-Russian co-operation in general, the Head of State stressed, “The Belarus-Russia relations are finally developing openly, honestly, fundamentally. While always closely looking at mutual relations – like the bigger with the smaller – we feel no hidden streams. We are very happy about this.”

Aleksandr Lukashenko commented on some expert opinions stating that the current high level of the Belarusian-Russian dialogue was formed under the influence of certain external factors, “Something always influences us from outside, we also influence someone – but this is not the point. The key is that we understand that, in this world, it is necessary to preserve the civilisation that, by and large, has existed since ancient times – and still exists today in our common fatherland. If we fail to do it, this civilisation will be ruined. The West rants and raves discussing these goals of ours, but these goals remain.”

The Head of State noted that – when speaking of the single civilisation – he does not exclude Ukraine, which has so far distanced itself, from it. Aleksandr Lukashenko explained, “I am sure that people in Ukraine will have their say and reverse the situation. But this space is our civilisation where a huge number of people live in multinational Russia, Belarus and even in Ukraine. They live normally. And this is the key of our civilisation: we have never oppressed anyone, are not oppressing and have no plans to oppress – unlike them [collective West].”

Actually, the President believes it makes sense to talk less about ‘them’, “Because we probably pay too much attention to them – though their behaviour is cringe worthy and disgusting. We see this in relation to Belarus. They failed to immediately strangle Belarus last year, so a slow strangulation was launched. Clearly, this is in the general context of the struggle against the Russian Federation, against those friends who stand by Russia and Belarus today.”

This is the reason for a strong position of Belarus and Russia in this regard. “We must not simply survive. We must develop, move forward, and show them that we can do without them. We have actually everything for that. I am sure this is a common position of the State Duma and you as a leader,” the Head of State told Mr. Volodin.

During the conversation, Aleksandr Lukashenko also touched upon the topic of his interaction with Vladimir Putin, “We constantly stay in touch, while informing each other about the situation and planning our future actions. I think, that at the end of the month, we will compare notes once again – focusing on what is happening now and determining our future for the coming year. I think other heads of the post-Soviet republics will join us as well.”

The Head of State stressed, “So don't worry about Belarus. We are holding up. We have a good example. As they say in Russia now, we are holding ground like the Brest Fortress. It’s a good example. But we will no longer be the Brest Fortress. We will not let anyone besiege us. But if people fail to understand us, then we will try to explain to them. We are already doing this, jointly with Russians.” 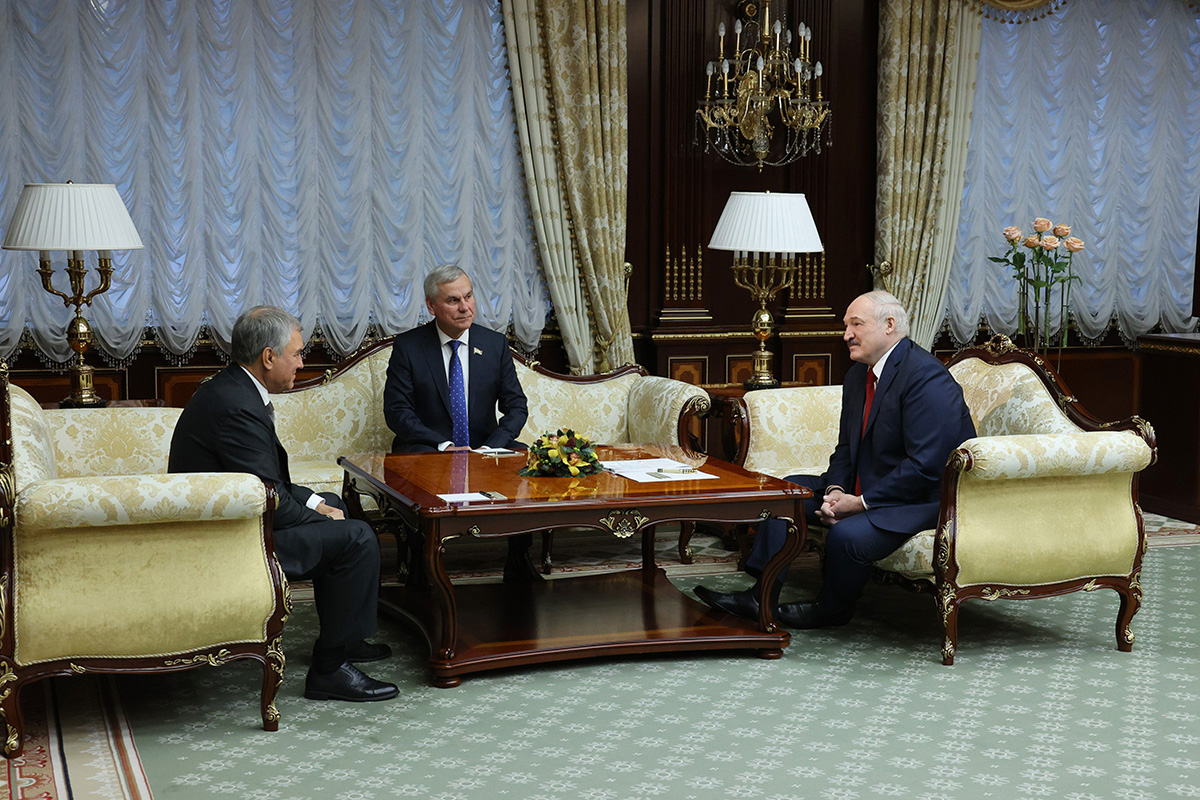 Mr. Volodin, in turn, thanked the President for the opportunity to meet, saying, “Indeed, we are like-minded people. Therefore, we are moving along the same track.”

The guest said that, after the elections to the State Duma, the issues of electing the governing bodies in the Union State Parliament are on the agenda. Intense work lies ahead.

“We need to compare notes and clarify the priorities once again – since when it comes to friendship, this is a two-way street: it is necessary to hear and take into account the point of view [of each other] when making a decision. Therefore, we try to arrange our work in this way jointly with Vladimir Pavlovich [Andreichenko, the Chairman of the House of Representatives of the National Assembly of Belarus], to participate in the development of solutions that will legally ensure implementation of the agreements reached by our presidents. The decisions – that we are to consider now – concern development of relations in a wide range of areas. This means we need to work more intensively.”