The President of Belarus, Aleksandr Lukashenko, asked deputies to take special control over the work of consumer co-operation during today’s meeting with the economic bloc of the Government, BelTA reports 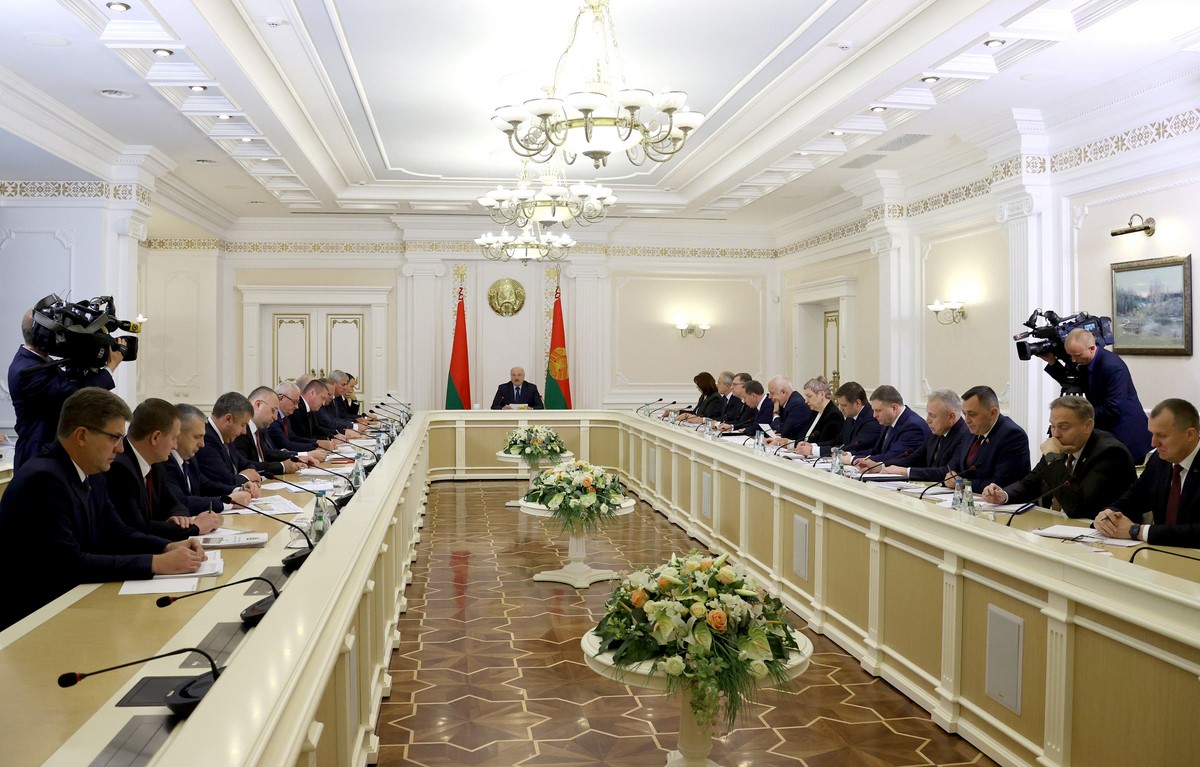 The Chairman of the House of Representatives, Vladimir Andreichenko, informed the Head of State on the results of food price monitoring by the deputies, explaining how fruit and vegetable prices are sometimes formed. According to him, apples cost Br2-3.5 in retail chains, while farmers sell fruits at a price of 80 Kopecks per kilo. In turn, producers pay around 20 Kopecks for apples bought for further processing.

"This refers not only to apples – but also cucumbers, tomatoes, and so on. It is necessary to ensure that our citizens can earn money on their land and sell goods to Belkoopsoyuz [Belarusian Republican Union of Consumer Societies] not somewhere, but – simply speaking – without leaving their yards. We are now working on the issue that it is necessary to create a new enterprise in each region – and that’s right. Some time ago, almost every district centre had its own processing facilities, and they used locally grown products. I think an opportunity has emerged – primarily, for Belkoopsoyuz – to revive these best traditions, to contribute to solving the issue of employment of our population in rural areas," Mr. Andreichenko noted.

"Let's agree that you personally and our deputies will take special control over the work of consumer co-operation virtually from tomorrow. You will help Leonid Konstantinovich Zayats [Deputy Prime Minister – BelTA’s remark] in this regard – to recommend, direct, inspire, take control and ask for results,” Aleksandr Lukashenko said.