The President of Belarus, Aleksandr Lukashenko, has arrived at an informal summit of the CIS heads of state, BelTA reports with reference to the Pul Pervogo Telegram channel 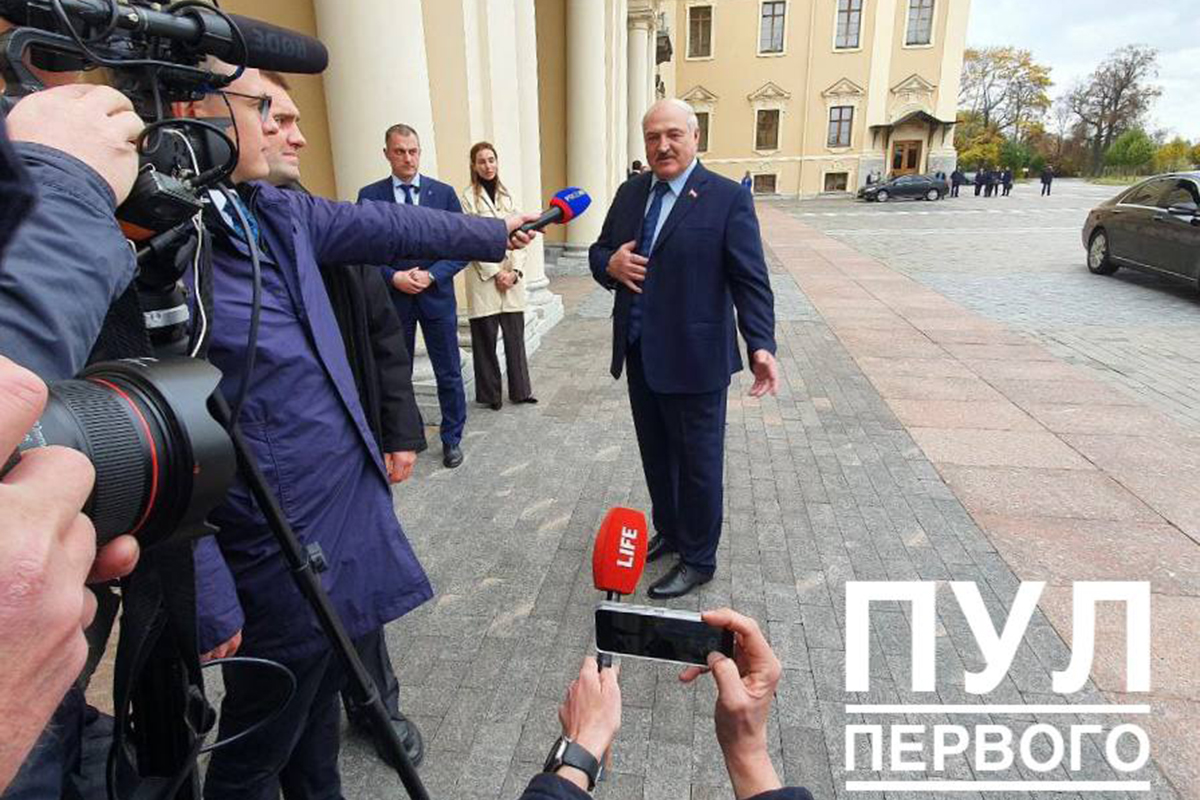 The meeting is taking place at the Konstantinovsky Palace in St. Petersburg.

According to the source, journalists addressed the Head of State with a question of what present he had prepared for Vladimir Putin. "The answer will surprise you," Pul Pervogo promises.

Earlier, the channel posted a photo of a large pyramid and a composition of melons and fruits placed on the territory of the Konstantinovsky Palace. These gifts were brought to the summit by the President of Tajikistan, Emomali Rahmon.

As reported, Aleksandr Lukashenko congratulated Vladimir Putin on his 70th birthday. "Being a true leader of a great power, you are making well-considered and not simple decisions in order to ensure independent development of the Russian Federation, protect the traditions and values of the Russian people," the Belarusian leader said. Aleksandr Lukashenko stressed that he greatly values open and trusting relations with the President of Russia, as well as an equal and fruitful dialogue that contributes to strengthening of the allied Belarusian-Russian ties.