This opinion has been voiced by a Ukrainian lawyer and public figure, Tatiana Montyan, in her talk with BelTA’s YouTube channel 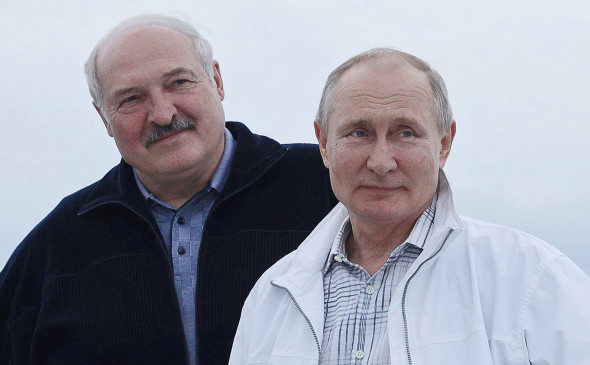 “Time of nominal [personalities] has, unfortunately, come, and the ‘last dinosaurs’ – who speak on their own behalf – are your Lukashenko and Putin, for example. China is also among them, of course. All these nominal figures of the collective West are simply talking heads for a long time: Zelenskyy, Macron, Scholz, Johnson. They are actually mere clowns, not to mention Biden. It is perfectly clear to everyone that some forces – affiliated with the US Democratic Party and, most likely, with one hundred percent probability, with the US military-industrial complex – are the main beneficiaries of all this horror that is happening now. They are real problem brokers,” Ms. Montyan said.

According to the Ukrainian lawyer, everything other is simply an imitation of these nominal persons in order to somehow bridge the information gap. "Well, it is hardly possible to view Joe Biden in his current state seriously. He greets invisible men, gets scared of rabbits, confuses the names of his relatives. It is clear that he has not been managing anything for a long time. If he does not manage, then others do,” she explained. “Zelenskyy, Macron, Scholz, Johnson play their part. The true problem brokers of this world are now hidden in the darkness of war."