The Festival of National Cultures, which takes place every two years in Grodno, is always something more than just folk event. After all, its main goal is to remind that multiculturalism is an integral part of the history of our country. For many centuries, Russians, Ukrainians and Poles lived next to Belarusians, there were also Jewish and Tatar communities, Turkish coffee shops worked on our land many years ago... Consolidation not in words, but in deeds is the most important vector of our cultural policy. Hospitable city of Grodno invites you in order to see one of the most sophisticated and favourite Belarusian summer open-airs with songs and dances on June 3rd and 4th. 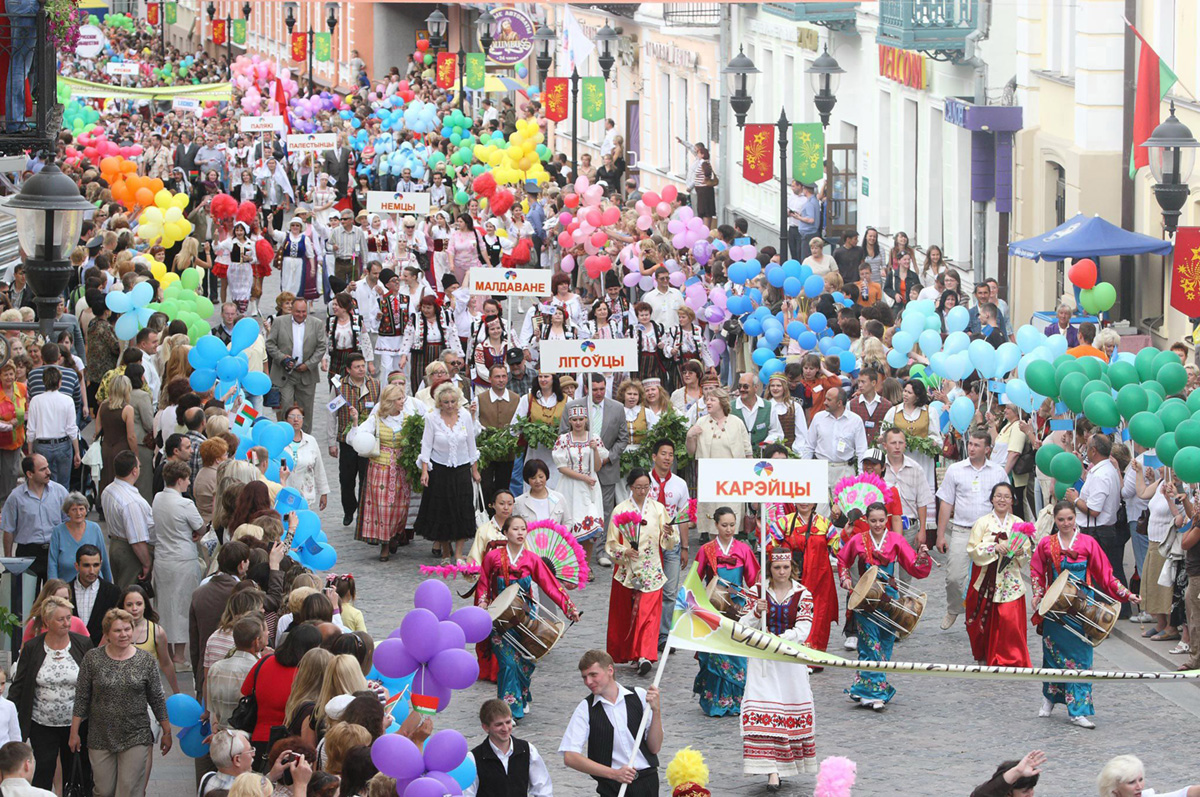 Director of the Republican Centre of National Cultures Olga Antonenko recalls that representatives of 154 nationalities live in Belarus. Moreover, they are not just our closest neighbours. Each nation has its own exclusive customs and traditions. It is extremely important for its representatives to preserve, support and protect them. However, more importantly, to share these peculiarities with as many people as possible.
“Art and traditions are different in each country, even in each region. Nevertheless, it is important for us that people for whom Belarus has become a second home do not forget about their roots. Therefore, such cultural initiatives as the Festival of National Cultures are also supported at the state level,” Olga Antonenko noted. 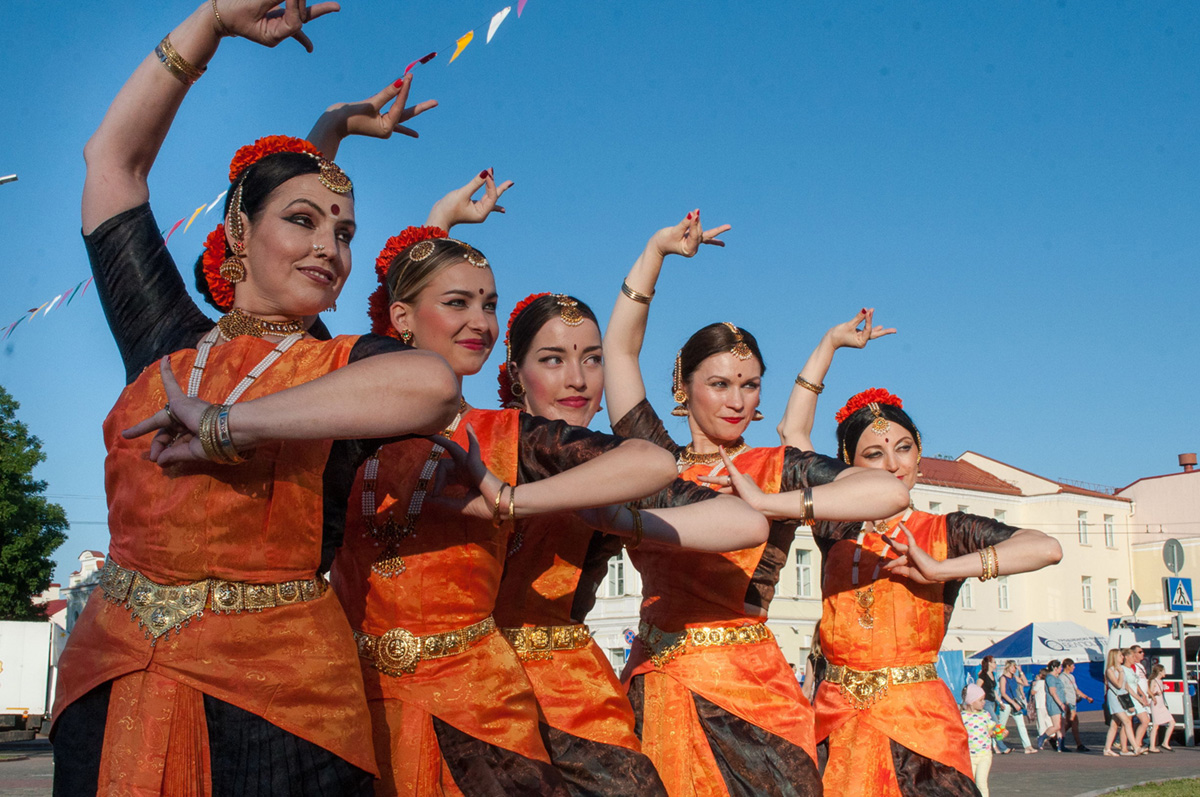 However, culture is not only about dances and songs, as it often seems. The main thing is memory. Most of the festival participants admit that, despite the years spent in Belarus, they try to adapt and preserve the way of life of their ancestors. Guests of the festival will learn how they do it in modern realities in national courtyards. By the way, this time the Tatar-Bashkir diaspora is preparing one of the main surprises for the audience. 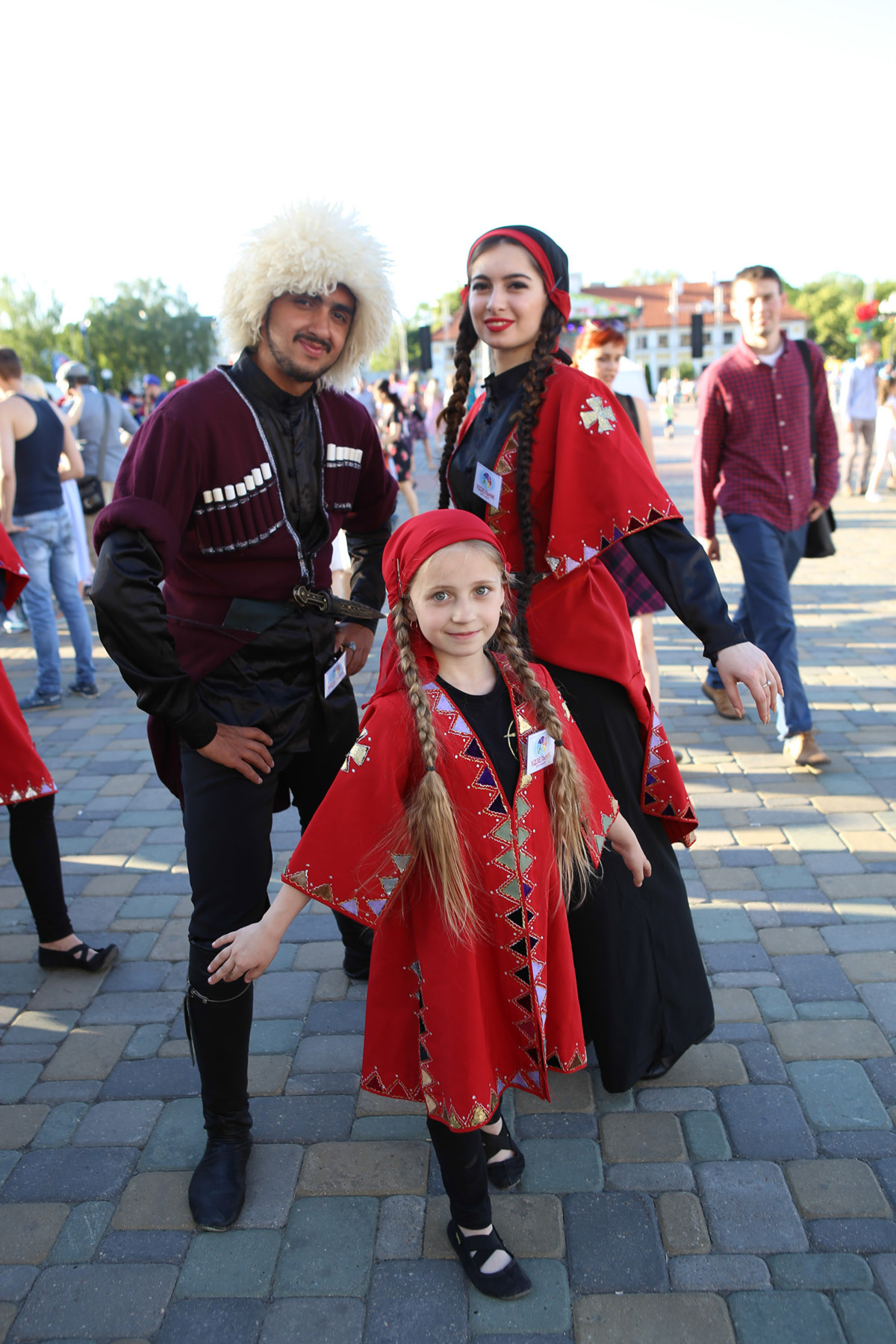 “Previously, only Kazakhs could demonstrate their yurt to guests. And now the Tatar-Bashkirs will also bring the traditional yurt. The department of the Embassy of the Russian Federation and the Ministry of Culture of the Russian Federation help in its acquisition. In addition, representatives of the Tatar-Bashkir diaspora will organise the most authentic Sabantuy in their courtyard — a folk festival of Tatars and Bashkirs, associated with the end of spring field work. I am sure it will be delicious and hospitable. You just have to see it,” Olga Antonenko urges to come.
Let us remember that the Republican Festival of National Cultures is held in two stages. Guests of the opening gala concert are hosted by Minsk. Last year, the holiday became part of the festivities dedicated to the Minsk City Day. Next cam e qualifying rounds in the regions where people with different ethnic backgrounds living there showed how they keep the memory of their language and traditions.
“Thus, we selected 800 participants from all regions, including Minsk. There are 31 nationalities! Thirty-second on the list of participants was the Shmatgalosse [a polyphony in Belarusian]music band from Borisov, which includes representatives of several national cultures at once. However, which is more pleasant, a representative of the Mongolian people will join our holiday for the first time,” continues Olga Antonenko. 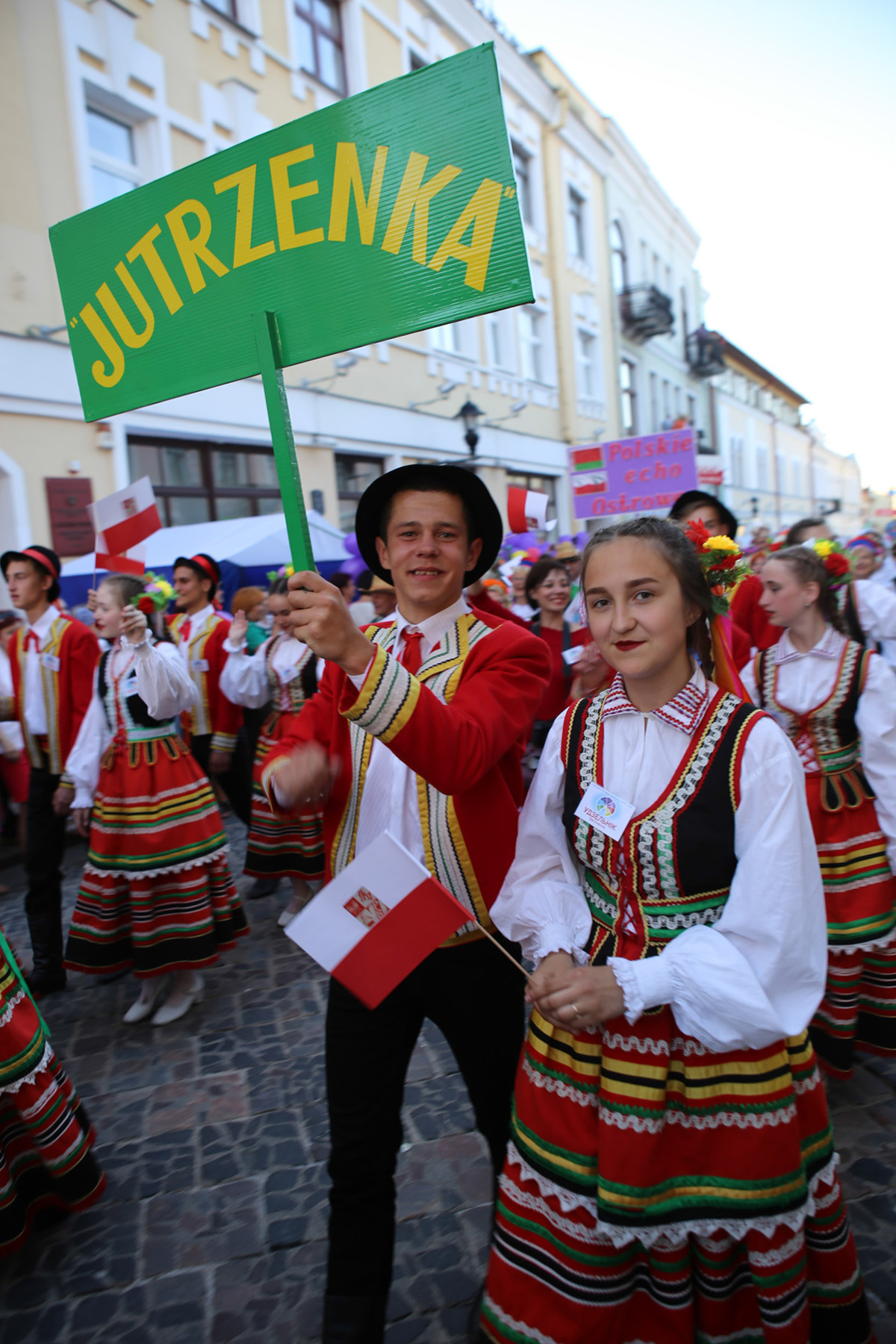 Beauty Festival is another novelty, which will become part of a large celebration of cultures. This is not a competition, there will be no first, second and third places. Nevertheless, along with the chance to demonstrate their talents, each of the participants will receive a nice bonus — the title of the ‘most-most’ — friendly, photogenic, etc...
The organisers will also focus on the theme of historical memory, “A round table and the flower-laying ceremony on the Mound of Glory memorial complex with the chairmen of national cultural and educational public associations and representatives of Belarusians abroad are planned on this occasion. The desire to invite foreign Belarusians to the festival was expressed at the first meeting of the organising committee by the chairman, Deputy Prime Minister of the Republic of Belarus Igor Petrishenko. For instance, the Partizan FM folk band will come to us from Moscow, its leader Vladimir Abramchuk was on an internship in our country before. He is Belarusian, but has been living in Russia for a long time and popularising our culture there. His group performs Belarusian, Russian, Cossack folk songs. I am sure guests will appreciate it. The Krynica Belarusian song ensemble from the Latvian city of Ludza, where almost 330 Belarusians live, is also planned to participate in the festival.”
So what about the holidays of national cultures, so beloved by Minskers, on the territory of the Upper Town?  Olga Antonenko is quite confident that they will definitely take place, “I know that both the audience and the artists themselves missed these holidays very much. Armenians, Azerbaijanis, Russians — everyone is ready to participate, we have already talked about this. 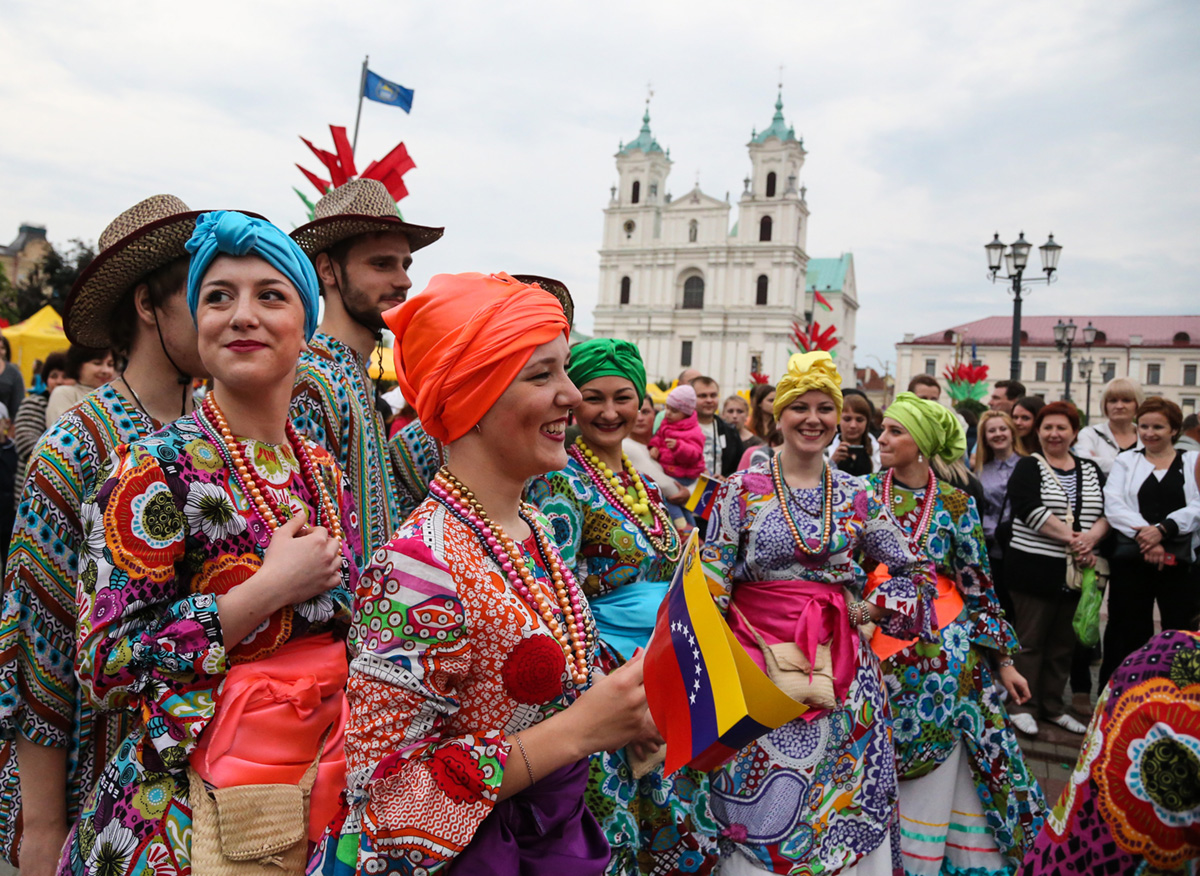 Therefore, the holidays are definitely back. Moreover, the epidemiological situation is slowly recovering. Another thing is that we have not yet decided on the dates, as we are busy preparing for the festival. Keep calm, and we will tell you everything soon.”