Today, the establishment of Lithuania act as the most irreconcilable and aggressive representatives of the collective West. They openly state that there are no red lines for them in relations with Russia and Belarus. Like, they are ready to go far, regardless of even the interests of their own people. Such provocative attacks are a manifestation, no matter how funny it may sound in relation to a small Baltic country, imperial ambitions and great-power complexes. And the roots, as always, are in history.

In the footsteps of the tiger

Lithuania entered the big historical arena in 1009. Not so long ago, the millennium of the first written records was magnificently celebrated in this country.  For a long time, these were disunited tribes on the outskirts of Kievan Rus, who raided neighbouring Slavic lands from time to time. To protect against them, the Kievan and Polotsk princes built fortresses: Braslav, Novogrudok, Slonim, Grodno.

The appearance of German crusaders on the Baltic shores inflamed the situation in our region at the end of the 12th century. Resistance to the invaders rallied the Lithuanians, accelerated the formation of statehood. At the same time, the Mongol invasion dealt a crushing blow to Ancient Russia. Lithuania has a unique historical chance to rise. The tribal duke Mindovg laid the foundation for the formation of the Grand Duchy of Lithuania.

As the Lithuanian historian Edvardas Gudavičius aptly said, this state, like a jackal, followed in the footsteps of the Mongolian tiger. The rapid exit from historical non-existence to the wide international arena made the Lithuanian nobility crazy. In its midst, a legend about the origin from the ancient Romans will gradually form.
However, contact with the highly developed ancient Russian culture could not help but have an effect. Many Lithuanian princes married Russian princesses. Documents were written in Russian. Voyshelk, the son of Mindovg, even became an Orthodox monk. An amazing phenomenon arose — Lithuanian Rus.
But many in Lithuania did not like it. They kept paganism to the last. Lithuanians became perhaps the last European people to adopt Christianity — at the end of the 14th century. Jagiello made a choice in favour of the Western Catholic rite, which gave rise to a source of fault lines in society.
The confrontation between the Lithuanian and Russian parties in the Grand Duchy of Lithuania ended in victory for the Poles. The times of the Commonwealth became difficult for both Lithuanian and Belarusian culture. The national revival that began in the middle of the 19th century led to a certain competition between the Lithuanian and Belarusian projects. Vilna, and other border lands caused disputes about their ethnicity.

Discussions escalated during the First World War and the Russian Revolution. The Council of Lithuania, which became the centre of nation-building, from the very beginning showed expansionist ambitions, claiming the native Belarusian lands.
Many Belarusian politicians were not up to the mark either. The failure of the Belarusian Democratic Republic (BNR) led to the fact that a number of its ‘founding fathers’ were ready to co-operate with Lithuania. Naturally, in a subordinate position. The Ministry of Belarusian Affairs and Belarusian military units were created. 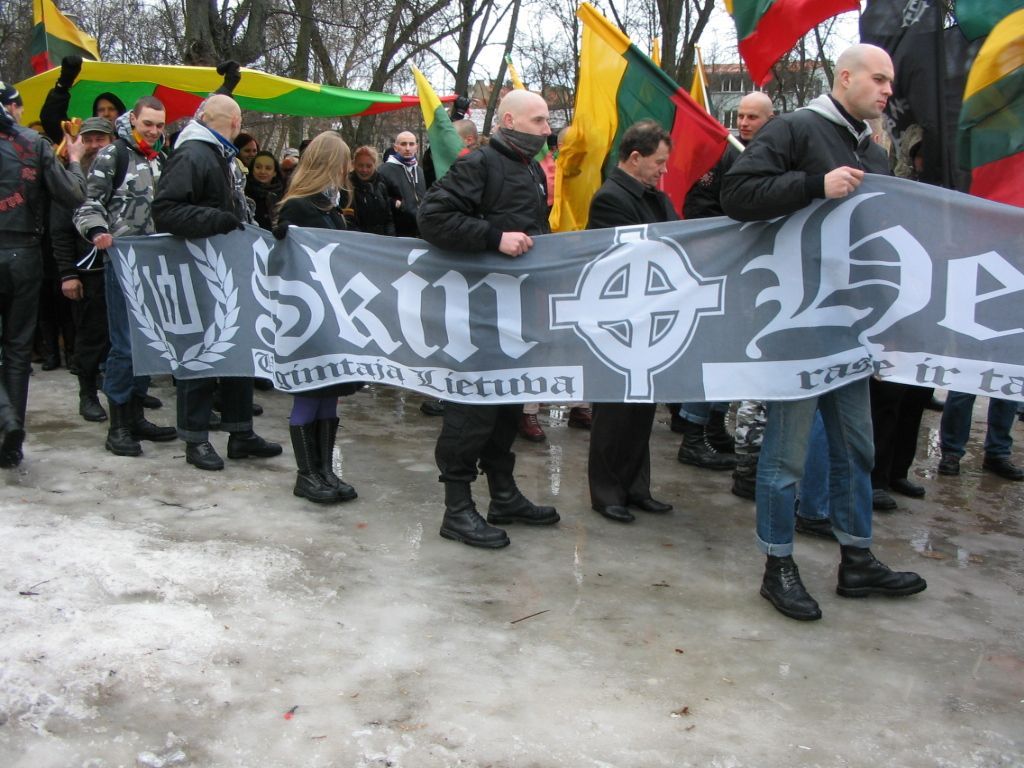 On July 12th, 1920, a Soviet-Lithuanian treaty was concluded in Moscow. The Red Army secured its right flank in the war with Poland and, according to a secret protocol, received the right to pass to the Vilna Region. Lithuania easily refused to support the remnants of the BNR.
And in return this country received Grodno, Shchuchin, Oshmyany, Smorgon, Braslav, Lida and Postavy. Of course, without any autonomy for Belarusians.
This agreement was completely nullified by the Polish offensive and Pilsudski’s cunning intrigue with ‘Republic of Central Lithuania’. The Lithuanian government moved to Kaunas, which became the capital of this state for the entire interwar period.

Lithuania protested, issued declarations. But the Entente did not care about its dreams and rights. In 1923, the League of Nations gave the Vilna Region to Poland.

Poland at that time was inspired by the example of Nazi Germany and on March 17th, 1938, immediately after the Anschluss of Austria, presented an ultimatum to the Lithuanian government: to establish diplomatic relations within 48 hours and abandon the Vilna Region, otherwise — they will face the war. Taking into account the situation in Europe, the USSR recommended that Lithuania agree to the establishment of diplomatic relations.
We have come to an episode that modern Lithuania does not like to remember. In the notorious Secret Additional Protocol to the Non-Aggression Pact between Germany and the USSR of August 23rd, 1939, which reads as follows: ‘In the event of a territorial and political rearrangement of the regions that are part of the Baltic states (Finland, Estonia, Latvia, Lithuania), the northern border of Lithuania is the border of the spheres of interests of Germany and the USSR. At the same time, the interests of Lithuania in relation to the Vilna Region are recognised by both parties.’
Just amazing care for Lithuania! This is a fateful date in the history of Lithuanian statehood! 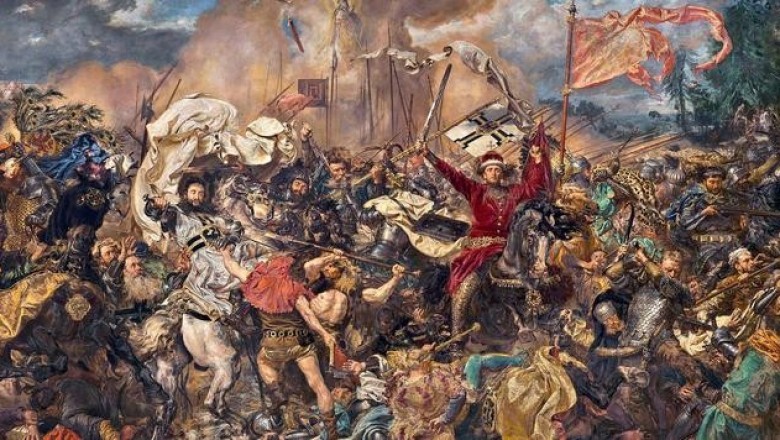 This is how the then President of Lithuania, Antanas Smetona, who is now recognised as a national hero, treated the situation. When in October 1939 Vilnius was solemnly handed over to Lithuania, he thanked the Soviet people and their leader Joseph Stalin in the most enthusiastic terms for the return of the ‘historical capital’.
In the newly found Vilnius, a Jewish pogrom was staged. 35 stores were looted. There were no casualties thanks to the intervention of Soviet soldiers. Anti-Semitism flourished in interwar Lithuania. In 1926, a nationalist ideology was established there, and many of its prominent representatives openly admired Hitler.

They just gone wild in 1941. Now in Lithuania, the June uprising is considered a heroic page in history. Then, even before the approach of the Wehrmacht, the nationalists with weapons in their hands opposed the Soviet regime and staged a bloody Jewish pogrom.

The atrocities were terrible! Several thousand Jews were killed in Kaunas alone. It is nonsense, and the modern Lithuanian state is trying to shade this shameful page in every possible way. Of course! After all, streets and schools were named after the main rioters.


The Nazis appreciated the diligence of their new henchmen. It was from the Lithuanians that the most brutal police battalions were formed. They also left their bloody trail on Belarusian land. We still have not heard words of apology or regret for the crimes committed from a single Lithuanian
politician.

It was in Lithuania at the end of the 80s that the mechanism for the disintegration of a single country was launched. At the same time, great power chauvinism began to liven up.
Already after the collapse of the USSR, Vilnius imagined itself to be the centre for the spread of democracy in Eastern Europe. A real political theatre was created here to promote American interests. 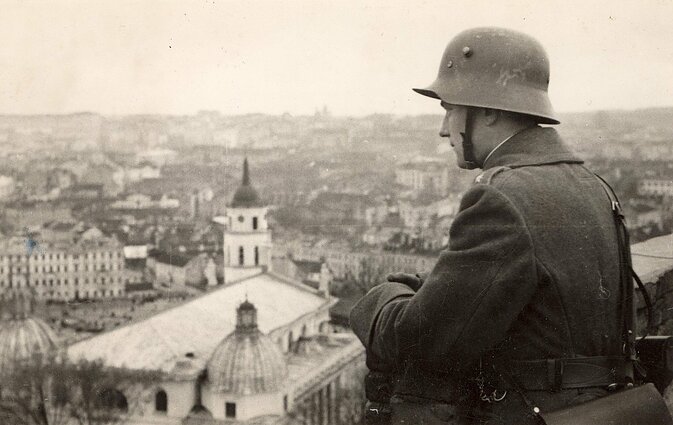 Instead of mutually beneficial co-operation, the Lithuanian authorities have chosen the path of confrontation with both Belarus and Russia.
In 2020, Vilnius became one of the centres for the preparation and implementation of the coup attempt in Belarus.
However, such satisfaction of phantom claims to a certain ‘special role of Lithuania’ is detrimental to national interests.

In history, the arrogance of the Lithuanian nobility led to Polonisation and the loss of statehood. In the 20th century, exaggerated nationalism turned into Nazi complicity. And now Lithuanian politicians, being in a frenzy of military rhetoric, are directly hitting the well-being of their citizens and inciting discord between neighbours.

Will they take a different path? The path of peace, mutual respect and prudence? Only the Lithuanian people themselves can give an answer.