The exhibition with the self-explanatory title Never Again! opened at the National Art Museum. It is dedicated to the genocide of the Belarusian people during the Great Patriotic War. A compact exposition and a significant event at the same time. Classical artists who had a rough time during the war and their works act as witnesses and accusers of the Nazis. 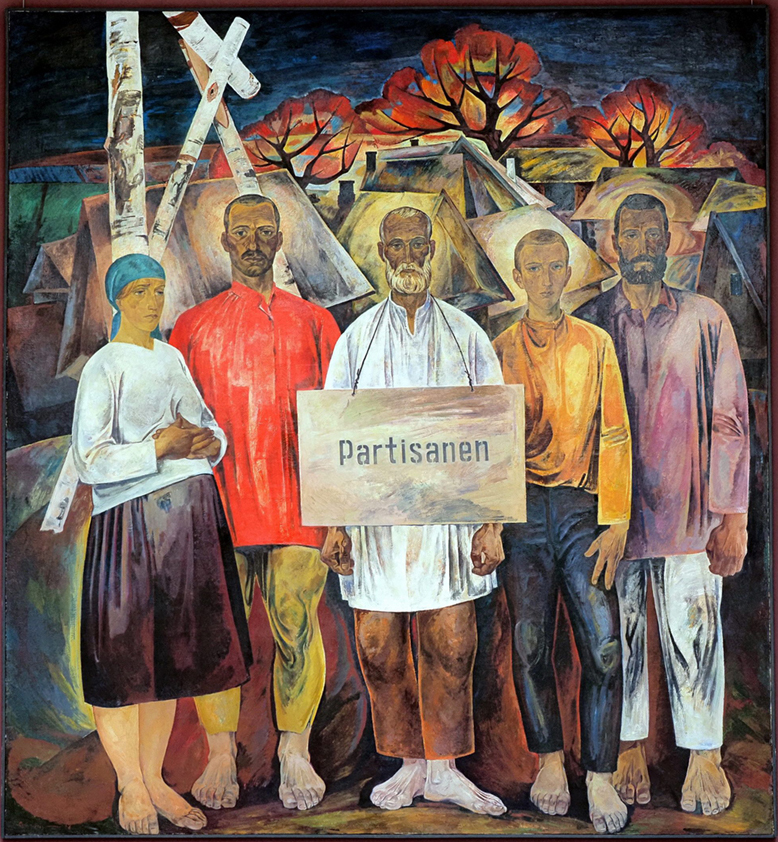 Mikhail Savitsky, Georgy Poplavsky, Vasily Sharangovich, Lazar Ran — these names need no introductions and explanations. Outstanding masters of their time, each of whom devoted many years of his life to the tragic theme. It should be noted that this was their personal theme.

The front-line soldier Savitsky, who was a prisoner of the Dachau concentration camp, the children of the war Poplavsky and Sharangovich, Ran, who lost his family destroyed by the Nazis in the Minsk Ghetto... Their paintings today speak for their authors, blaming the executioners and mourning the common grief of millions of Soviet people.
The daughter of Vasily Sharangovich, art critic, First Deputy Chairperson of the Belarusian Union of Artists Natalya Sharangovich, says that, having survived the occupation as a child, he was tormented by memories all subsequent years, “Their small village Kochany in the Myadel Region survived, it was not burned down. It was a partisan zone. But when he and his mother (his father was a partisan blacksmith) drove outside his native village, he saw burned houses and dead people on the streets. It is not for nothing that his series, the works of which are presented at this exhibition, is called Pamiaci Vohniennych Viosak [In memory of the burned villages]. All his life he remembered a terrible sweetish smell — the smell of burned huts and dead bodies. This scent haunted him for decades.” 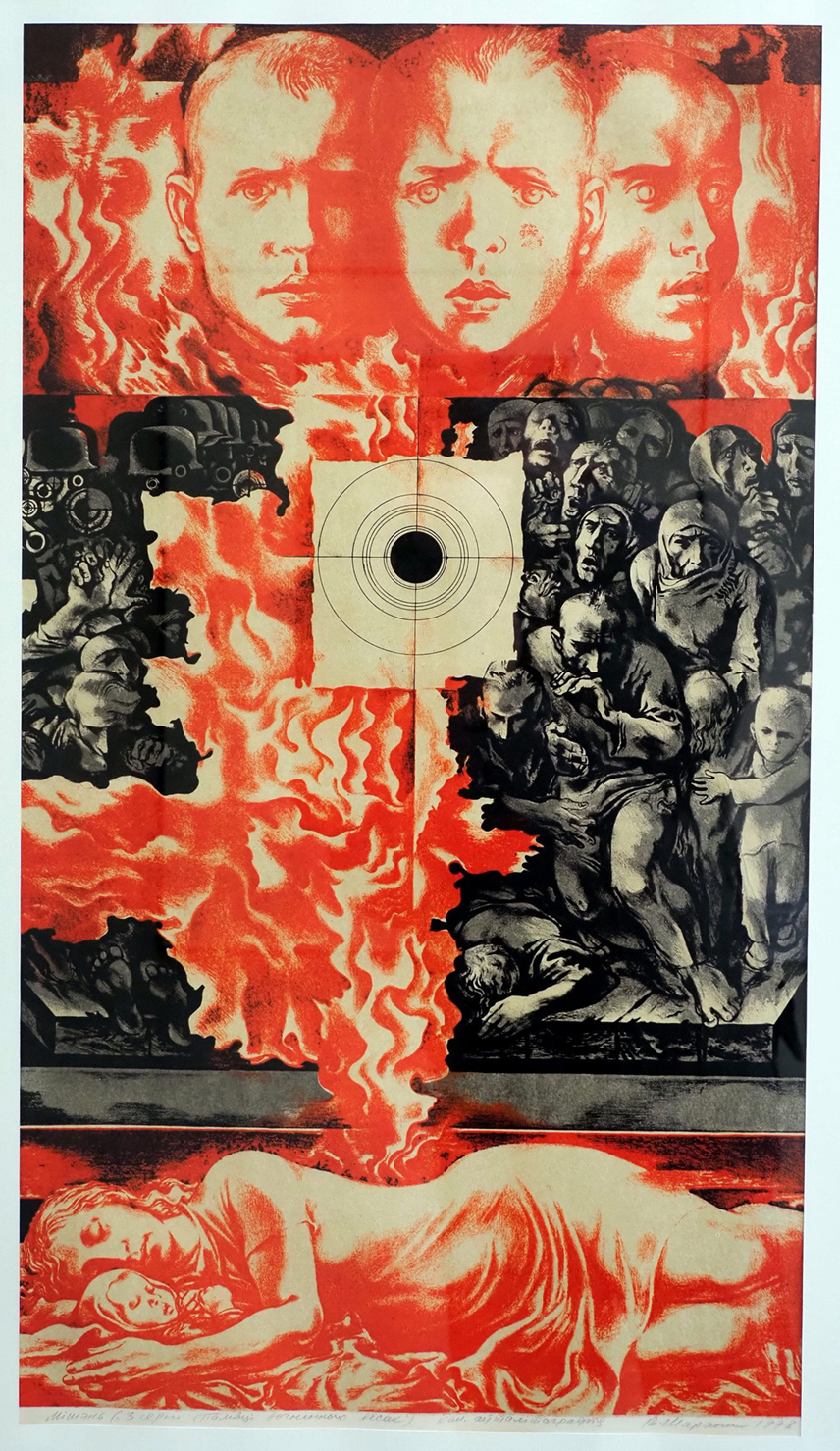 The central work, around which the entire exhibition is built, is Mikhail Savitsky’s Execution, its other name is Punishment by death. Like many works of the artist, it is dedicated to the Belarusian partisans. The painting-tragedy, as art historians say about it, most fully reflects the theme of the Belarusian genocide: an old man, a man in his prime, a teenager, and a pregnant woman — all of them were captured a few minutes before death. Of the rather small number of paintings painted by the master (about 200), about 40 works were dedicated to partisan themes.
Director of the National Art Museum of Belarus Vladimir Prokoptsov is convinced that the Never Again! exhibition along with other expositions of the National Art Museum dedicated to the theme of the Great Patriotic War is of great importance, “It is important both in terms of the patriotic education of young people and in terms of preserving historical memory. All of us, especially young people, should also know the tragic pages of our history. We   have a whole museum programme associated with this exhibition. In addition, we will definitely send it around the country. We already received applications from museums. And we will certainly show it during the celebration of the Belarusian Written Language Day in Dobrush.”
With the help of the Prosecutor General’s Office of the Republic of Belarus, specialists from the National Art Museum prepared a multimedia presentation on the topic of the genocide of the Belarusian people, as well as the robbery of cultural values by the invaders. Even Heinrich Himmler is captured on unique archival footage from the former art gallery of the BSSR: one of the main figures of Nazi Germany personally supervised the removal of art objects from Belarus. 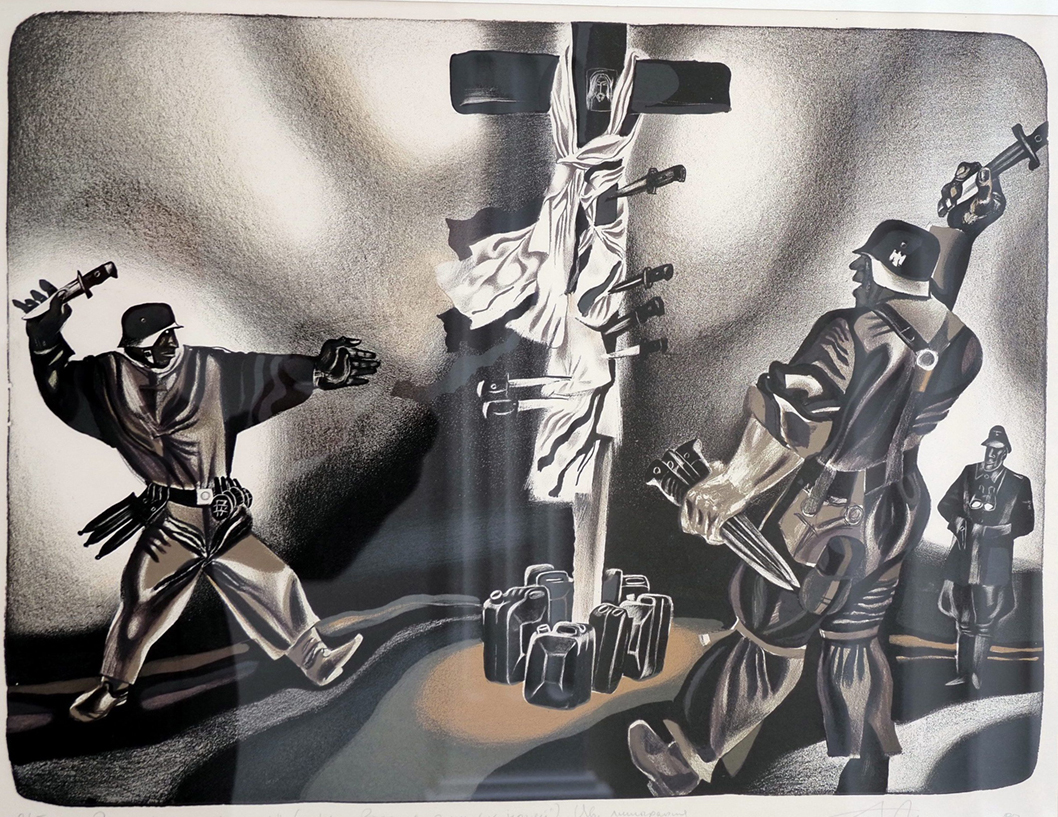 “We can talk not only about the genocide of our people, but also about the genocide of our culture. We see this vivid metaphor in one of Poplavsky’s works, where the Nazis throw knives at a roadside cross: this is a symbol of the trampled, humiliated culture of Belarus. Moreover, if you go to the next hall, you will see Mercury without a leg — a wounded sculpture that was in the State Art Gallery of the BSSR. 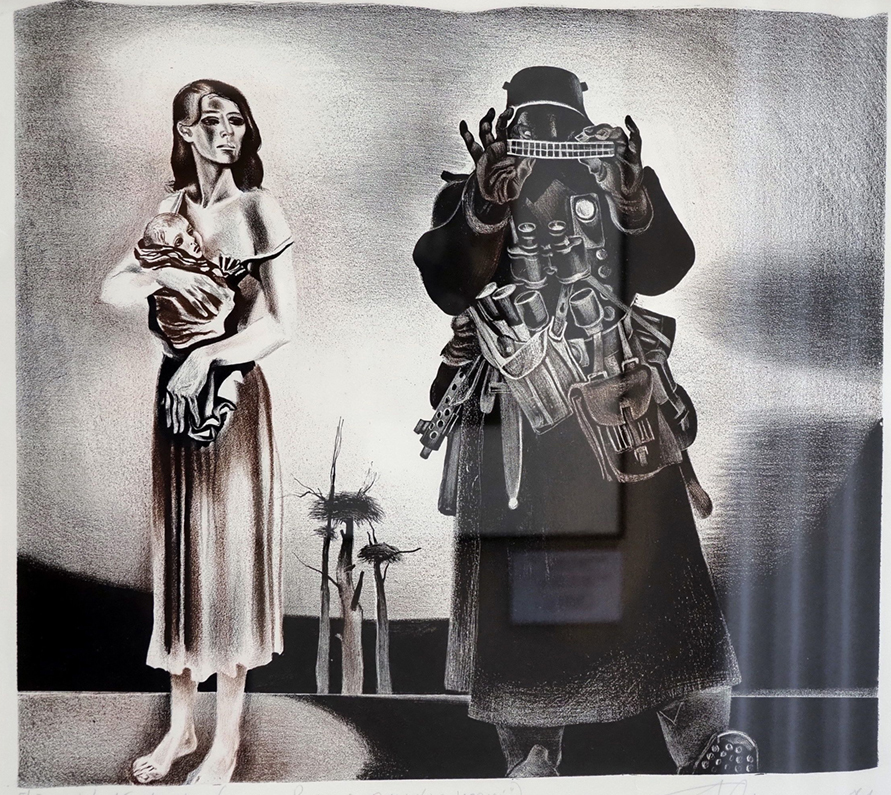 They wanted to take it out, but it was too heavy. There is a very valuable document compiled by Alena Aladava on the basis of various acts and documents — a list of art objects exported to Germany,” considers the curator of the exhibition, the leading researcher of the National Art Museum Nadezhda Usova.
There were 3,000 works in the art gallery of the BSSR. They took out 2500, of which only 500 returned to Belarus after the war! Imagine what wealth we have lost, including the national treasure: 48 Slutsk belts and the Radziwill collection from Nesvizh.
A search is underway, fortunately, there are photos of our heritage. It is still possible to prove that the works belong to us after so many years, but it is very difficult process. I think we should add labels to some paintings in our permanent exhibition saying ‘Found and returned by the Red Army.’ This will give them a new meaning in the Year of Historical Memory.
The exhibition will last until July 5th. However, the museum staff also prepared thematic lectures on the removal of cultural property during the war years within the framework of the project. As well as partisan drawings, Savitsky’s pictures, including those dedicated to the genocide, and on Belarusian graphics and the Minsk on July 3rd, 1944 painting by Valentin Volkov dedicated to the liberation of Belarus from invaders within the framework of the project. 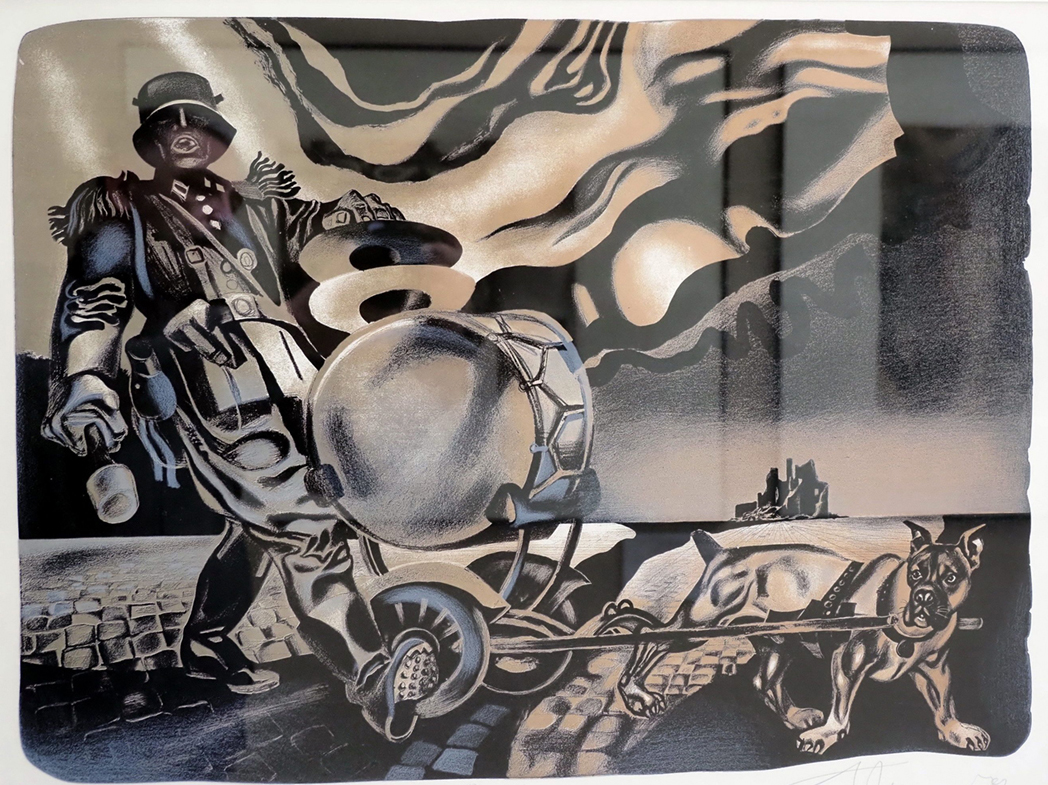 Valery Tolkachev, Head of the Department for Supervision of the Investigation of Particularly Important Cases of the Prosecutor General’s Office of the Republic of Belarus:
“The Prosecutor General’s Office, together with our citizens, is investigating those terrible events of 1941-1945. We have discovered new facts of atrocities, extermination and genocide of our people. During the investigation, it was established that every third Belarusian was killed — three million people. In addition, a huge number of cultural values and works of art were destroyed during the years of occupation of Belarus. Including together with the Ministry of Culture, we are actively working on this issue and will try to return our stolen cultural property to our homeland.”