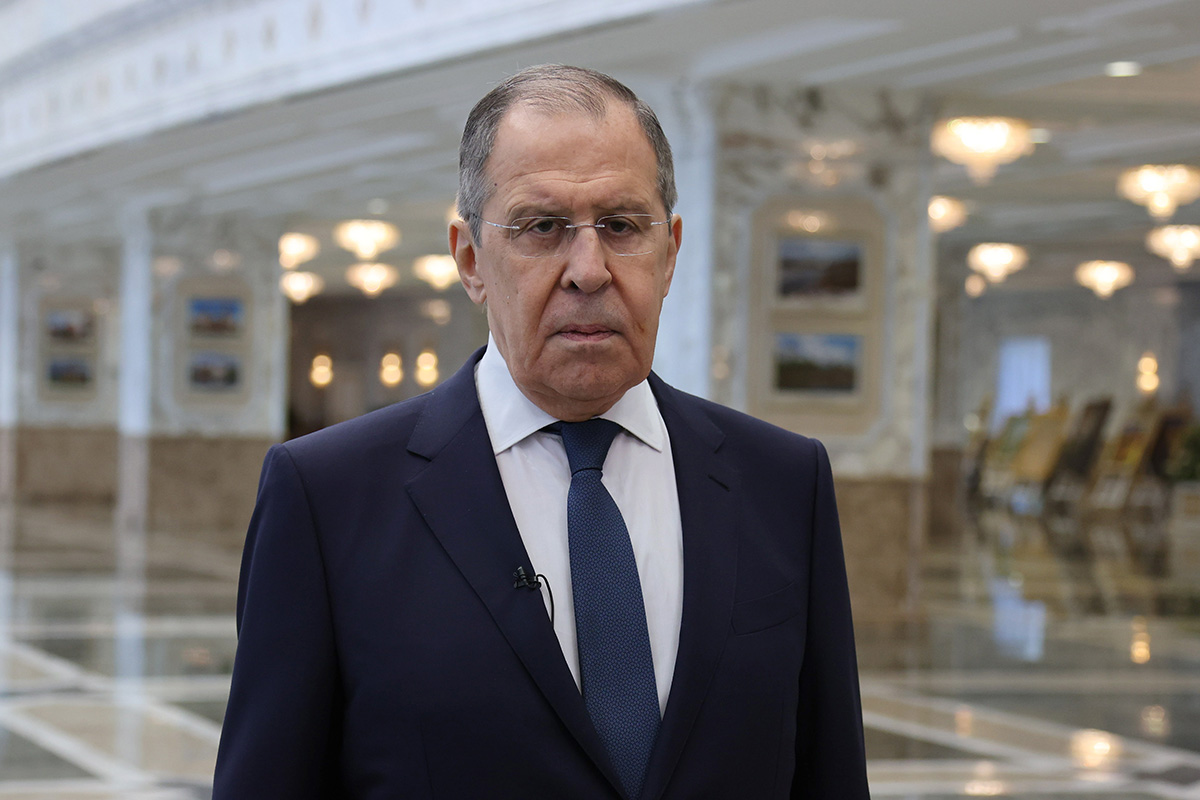 According to Mr. Lavrov, foreign policy and security issues were high on the agenda of his meeting with Belarus’ Head of State. “It was stressed that Russia and Belarus will firmly insist that their legitimate security interests be respected in times when NATO continues to act aggressively. We always support dialogue and the decisions that ensure equal rights and balance of interests. Meanwhile, we know how our colleagues from the North Atlantic Alliance feel about such agreements,” he commented.

Mr. Lavrov recalled that, in the late 1990s and in 2010, numerous decisions were made stating that all OSCE members respect the principle of indivisibility and security, and that no one will strengthen their security at the expense of others’.

“However, instead, NATO has expanded five times, despite the statements that the alliance is defensive in nature. Against whom is it defensive? When the Treaty of Warsaw was in force, it was clear: there was NATO, there was the Warsaw Pact, there was the Berlin Wall between two military-political blocs. No Treaty of Warsaw exists now, but NATO has been continuing to advance to the east – thus marking, as they say, a new line of defence. Such logics are completely absurd,” the Russian Foreign Minister stressed.

According to Mr. Lavrov, after the recent NATO summit in Madrid, the US representatives declare that the alliance has been and will remain defensive. “Meanwhile, we can recall how it acted in defence in Iraq by destroying the country, or in Libya where it did the same, how Yugoslavia was destroyed in 1999, when the NATO countries, which were also OSCE members, for the first time bombed another OSCE state. In all those cases, no security interests of NATO member countries were affected,” he emphasised.