Is it possible to create hybrids of humans and animals?

The famous novel by H.G. Wells The Island of Dr. Moreau, describing experiments to breed mutants, was released back in 1896, causing a very stormy reaction. The townsfolk took everything seriously while the scientists laughed. Interspecies crossing was considered impossible simply by definition. However, with the development of science and knowledge about how DNA works, scepticism has diminished. As a result, not even half a year passes now without a notice in the media that someone somewhere has crossed a man with a pig and suchlike. What’s truth and what’s fiction and why is the topic of creating biological chimeras an extremely controversial issue from an ethical point of view? 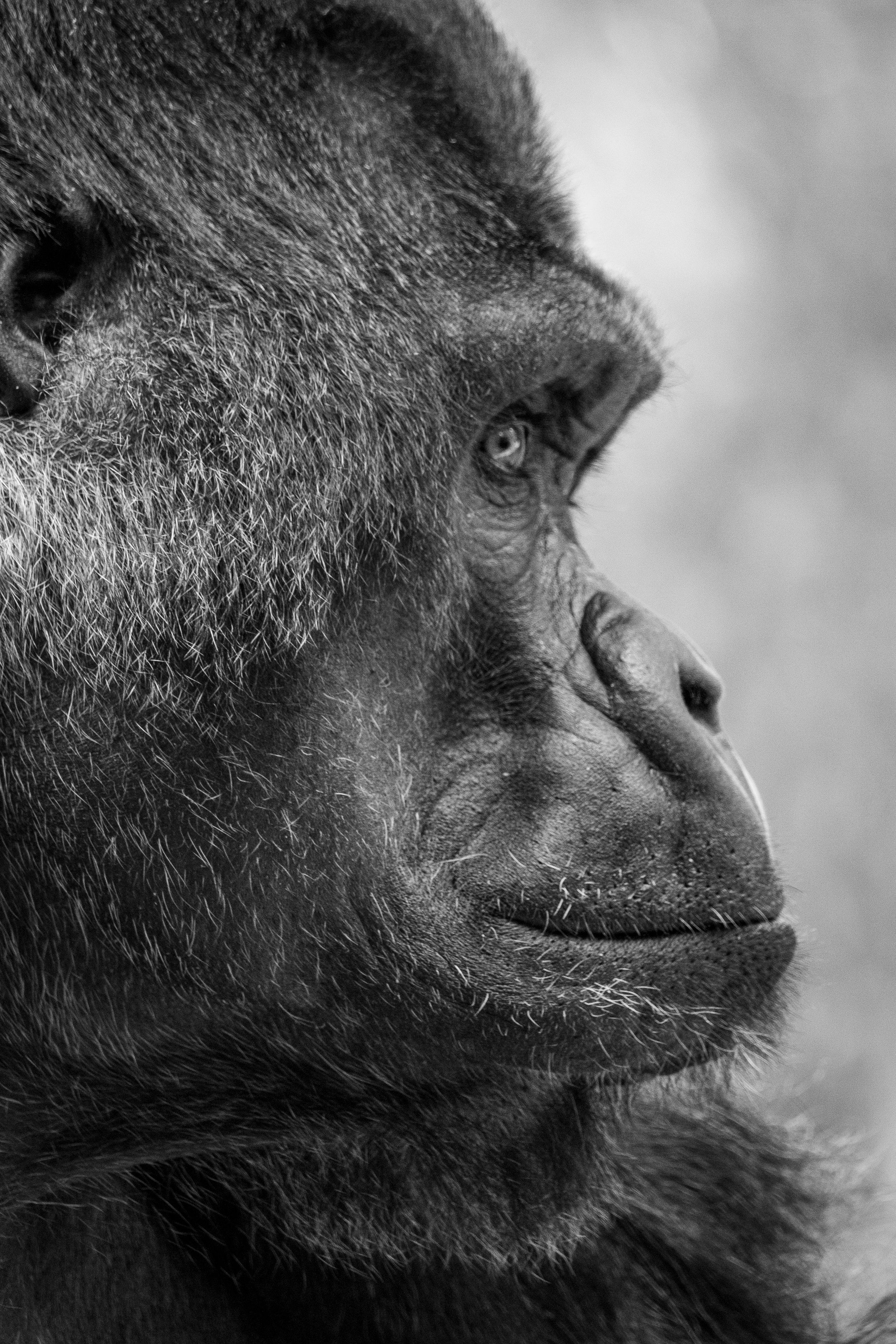 We note right away that the appearance of such mutants in the natural environment is technically impossible, since different species do not interbreed. Firstly, because males and females simply do not attract each other in terms of reproduction. Secondly, the genetic material is so different that the chromosome set does not fit. And even if nature has misfired (as they say, everyone has the right to make a mistake), it is well insured: offspring from ‘casual relationships’ is fruitless. An example is mules (the result of crossing a male donkey and a female horse) and hinnies — hybrids of a male horse and a female donkey. However, the situation here is somewhat different since these animals are bred by humans specifically for economic purposes. But interbreeding within a species is a normal and natural process. This is how new breeds of pets emerge. 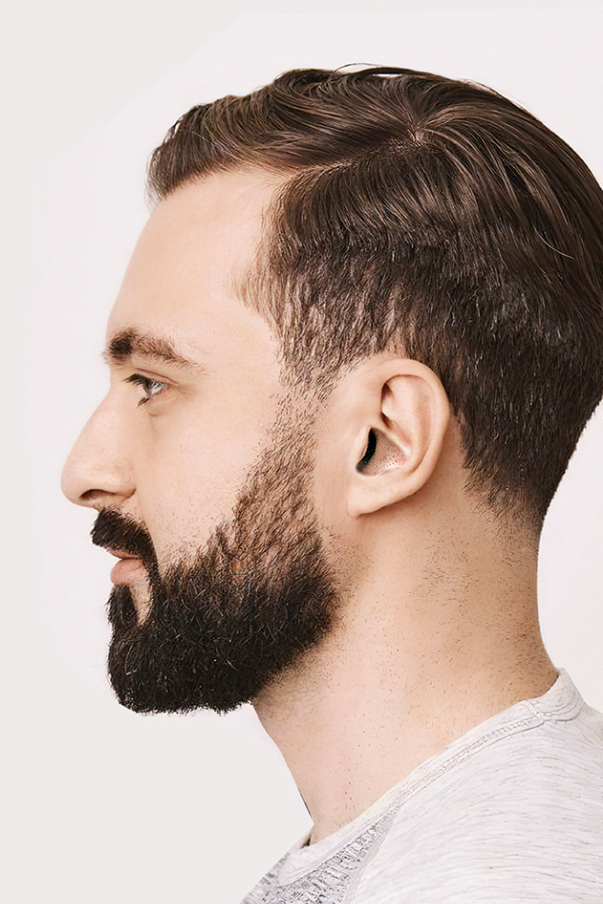 The younger generation, who grew up on comics about Spider-Man, franchises about the adventures of the X-Men and other fantastic products, will not be surprised by mutants. Moreover, many seriously believe that modern science is not capable of such a thing. Experiments are indeed being carried out though not so radical, because a man with a spider cannot be crossed, even theoretically. In order for the bricks of DNA to somehow interact, they must be, if not identical, then at least related. For example, it’s natural that for us there is no one closer to our own family of hominids: orangutans, gorillas and chimpanzees. We are ‘not strangers’ to the rest of the primates either. In terms of blood composition and tissue structure, rats and mice are very close to us — our favourite laboratory animals. They are used to study the effects of medications, alcohol, drugs, radiation, etc.

But what about the hybrids that are periodically reported in the media? Are creatures like Dren (the protagonist of the Splice film) secretly created and live in laboratories? To begin with, we must note that experiments on human embryos, as well as changing their genome, are either generally prohibited or strictly regulated and controlled in most countries. Violation is a criminal offence. So, for carrying out an operation to edit the genome of an embryo, which resulted in the birth of two children with immunity to HIV, the famous Chinese geneticist He Jiankui received three years in prison and a huge fine. Not to mention that his excessive scientific zeal cost him his job, career, and authority. Here it must be clarified that the research work with embryos itself (within the framework of official research, of course) is not a crime, only when the red line is crossed.

This refers to the so-called 14-day rule, which was proposed in 1979 as an international standard. The bottom line is that at this moment, the embryo begins to form a nervous system and gets the opportunity to perceive the world around him to one degree or another.

Accordingly, the principles of humanity do not allow us to conduct any further manipulations. The experiment must be interrupted before this time. True, in May this year, the International Society for Stem Cell Research (ISSCR) allowed the growth of embryos in excess of the two-week limit. Such cases will be considered on a case-by-case basis. The initiative caused a negative reaction from many scientists. So far, they are in no hurry to introduce changes to the country’s legislation. And it is not a given that they will introduce it. Yes, this gives more opportunities for stem cell research, the study of intrauterine diseases and other areas. For example, the cultivation of organs suitable for human transplantation, which our immunity can perceive as normal, without rejecting them as foreign. But the formation of the central nervous system from human stem cells, in theory, could provoke the emergence of a developed consciousness in any animal — why not? And then how to see oneself: a vivisector? The laurels of Dr. Moreau attract few people. 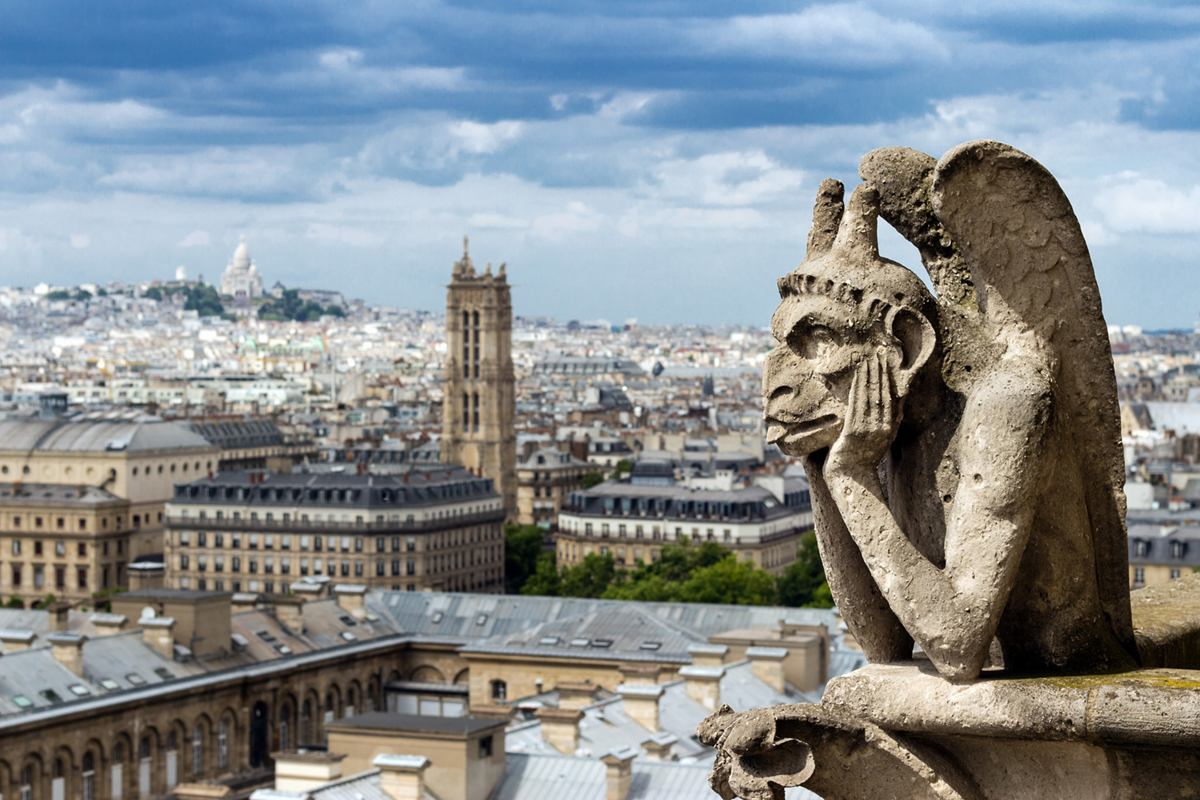 The term ‘chimera’ came to European languages from ancient Greek mythology and denotes an anthropomorphic creature that has human and animal organs. The most widely circulated in the media are the winged creatures with the bodies of monkeys and goat horns, sitting on the upper platform at the foot of the towers of Notre Dame Cathedral. The most famous chimera of Notre Dame is named Strix (from the Greek strigx — ‘night bird’). The winged demon — half-woman-half-bird, according to the legends described by Ovid in the Calendar, and also by Pliny the Elder in The Natural History, kidnaps babies and drinks their blood. At that time, people quite seriously believed in the existence of these monsters.
Scientists have been experimenting with the creation of interspecific hybrids since about the 1970s. At first it was a cross between mice and rats, but gradually the researchers moved on. In 2017, there were attempts to ‘equip’ the pig embryo with human stem cells. But the fact is that our cells practically won’t survive in animal embryos and the probability of their rejection by the host organism is very high. Yet nature is difficult to deceive. To dispel rumours, let’s say that in fact no monstrous creatures, as they are portrayed in the films, have been created (at least officially). 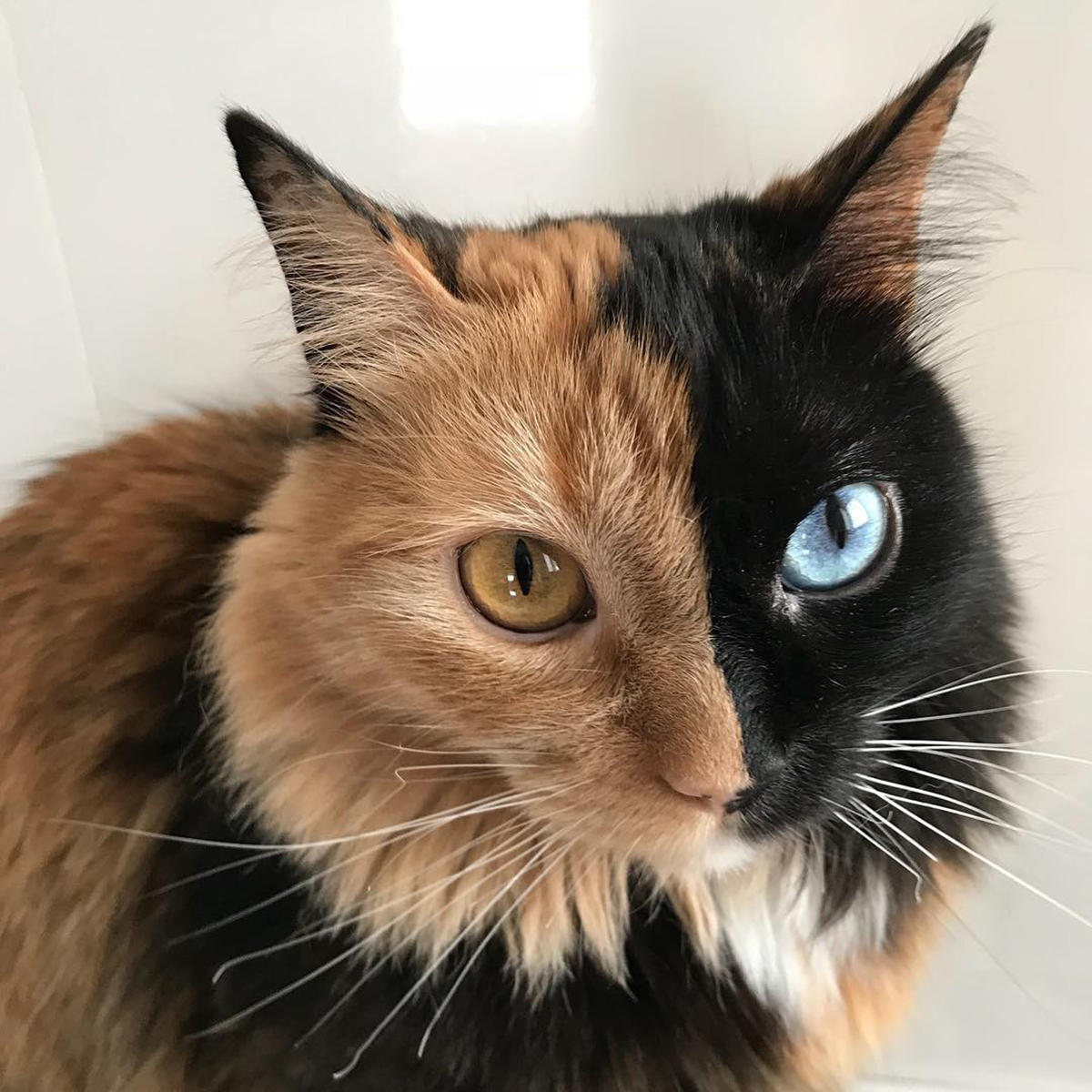 In science, chimeras are animals or plants whose cells contain genetically dissimilar material, in contrast to ordinary organisms, in which each cell has the same set. Such phenomena are extremely rare and occur as a result of mutations. Most of us have almost zero chance of seeing a chimera. But here’s the strange thing: our distant ancestors did not at all consider this to be something out of the ordinary. Characters like the Minotaur, Gorgon, Echidna and the like are present in the mythology of many peoples. It was or was not — now you can’t prove it. No skeletons, mummies, skulls, or any other evidence remained. Legends and frescoes on the walls of the temples do not count. 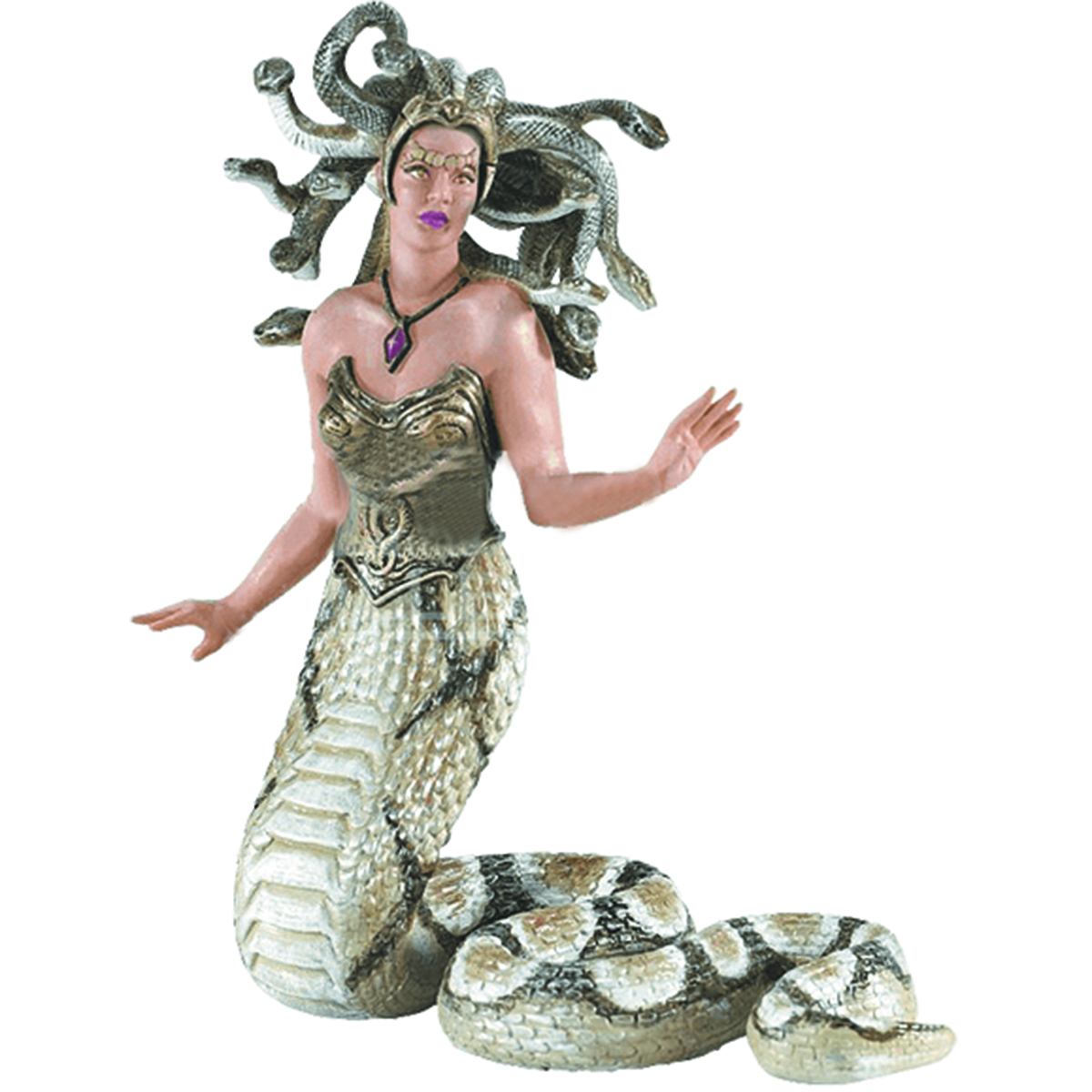 An example of genetic chimerism in humans is a person with two sets of DNA. This can happen when two fertilised eggs or embryos fuse early in pregnancy. To date, only about 40 such cases have been officially recorded. There is also such a thing as a blood chimera — this is a person who has two blood groups at once (a very rare mutation during intrauterine development). In principle, for any of us there is a possibility that he, too, is to some extent a chimera. The fact is that, according to scientific studies, at least eight percent of non-identical twins during embryonic development absorb the cells of their brothers or sisters. As a result, only one child is formed and born. This is the most interesting type of chimerism: tetragametic. 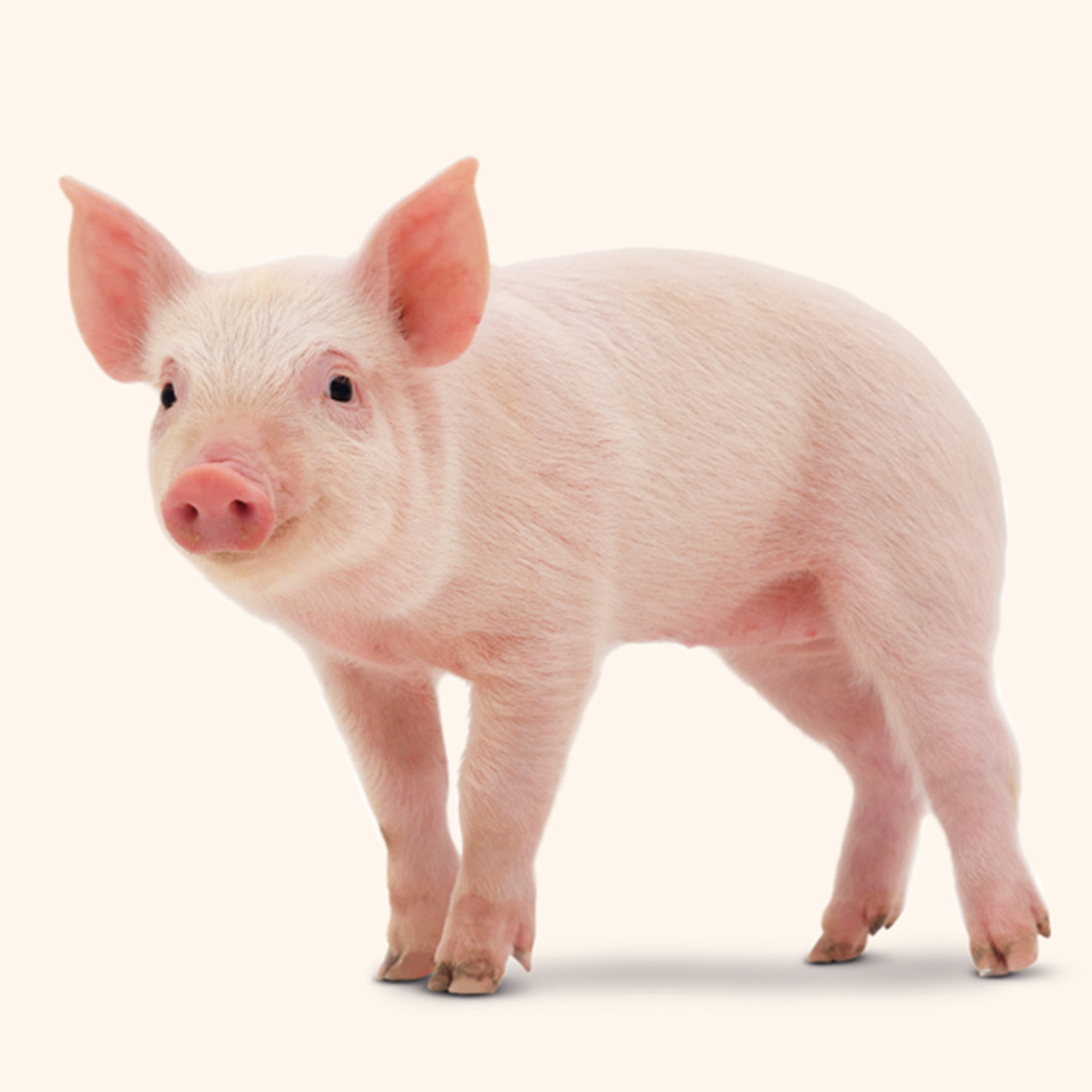 As ironic as it may sound, the most similar animal to us is ... a pig. Its physiology (structure and principle of the body’s workings) is most consistent with the human. It is not without reason that organs of these animals can be used for liver, kidney, spleen and heart transplantation.