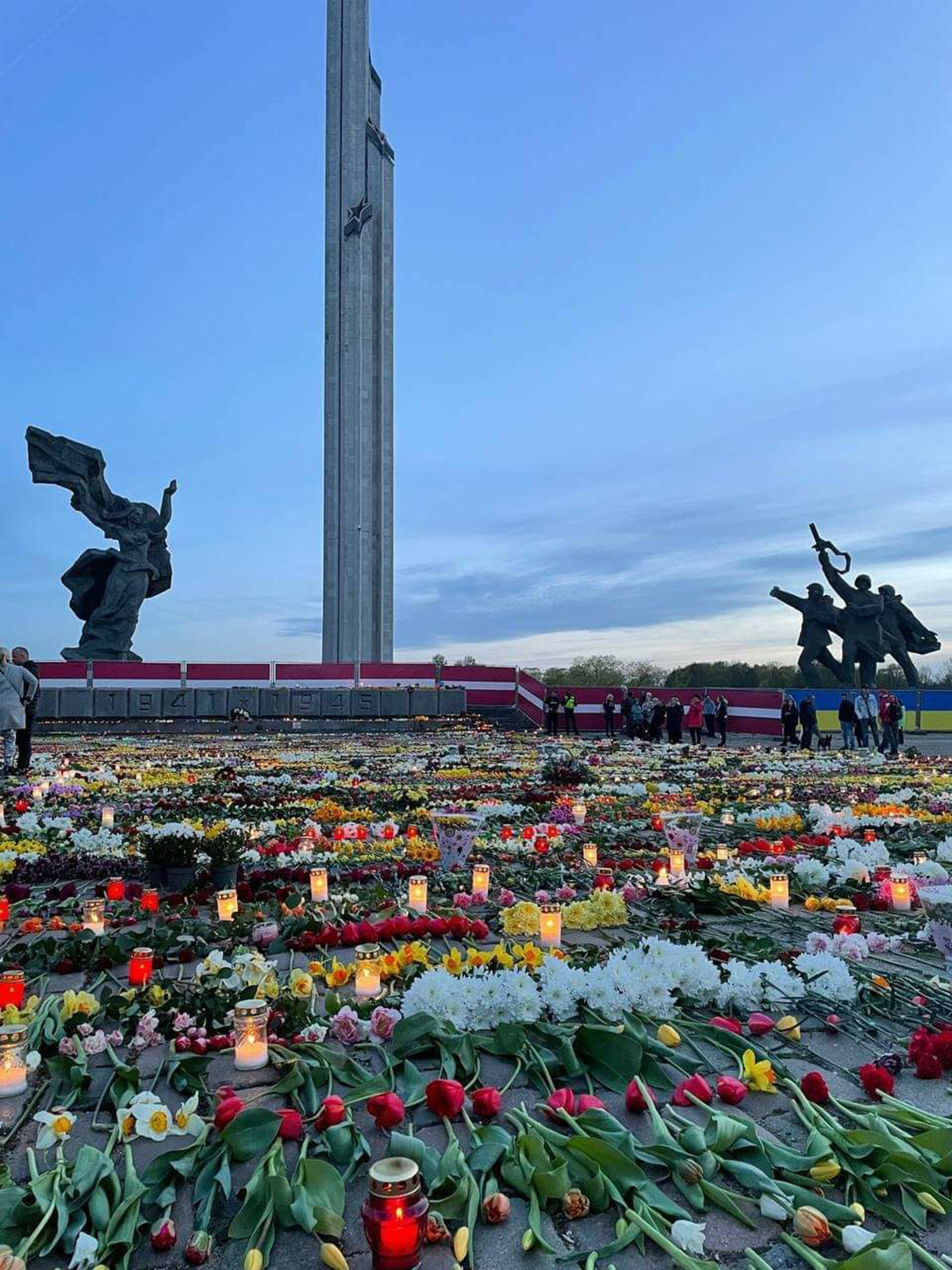 Despite the Latvian Parliament banning rallies celebrating the Soviet victory on May 9th, 1945, numerous people still came to the monument to Soviet soldiers who liberated Riga from Nazis on May 9th, laying thousands of flowers at its foot. But the next morning, the flowers were disposed-of using a bulldozer, which shocked and angered many in Latvia. So, the people returned to the memorial with even more flowers on May 10th, eventually prompting the authorities to erect a fence around it.
“The changed geopolitical conditions <...> mean that Latvia can’t and won’t be bound to preserve <...> monuments to the Soviet occupation,” said Rihards Kols, Chairman of the Foreign Affairs Committee of the Saeima. Earlier, Kols also noted that the adoption of this bill would eliminate ‘all legal obstacles to the stopping the protection of [Soviet] memorials, <...> and this will pave the way for their dismantling or relocation’.
Meanwhile, member of the opposition Harmony party Igors Pimenovs said that the monument has nothing to do with the Russian invasion of Ukraine, it represents only the victory of the Soviet Red Army over Nazi Germany in WWII.
“The Red Army freed Latvia from Hitler. <...> The day of victory is only the day of victory over the Hitlerians,” Pimenovs said, stressing that it is ‘not a Russian monument’ because people of different nationalities, including Ukrainians and Latvians, served in the Red Army.
At the same time, member of the Latvian Saeima Aleksandrs Kiršteins proposed organising a ‘concentration camp’ for people who came with flowers to the monument to the Liberators in Riga on May 9th and 10th, RuBaltic reports. “Everyone with flowers had to be let in, and then the exit had to be closed. After that, security towers and toilets had to be installed, porridge had to be brought in. Only those who had been bought a one-way ticket by the Russian embassy — to Moscow! — had to be set free!” the people’s deputy wrote in his Twitter account.

Based on the materials of www.eng.lsm.lv