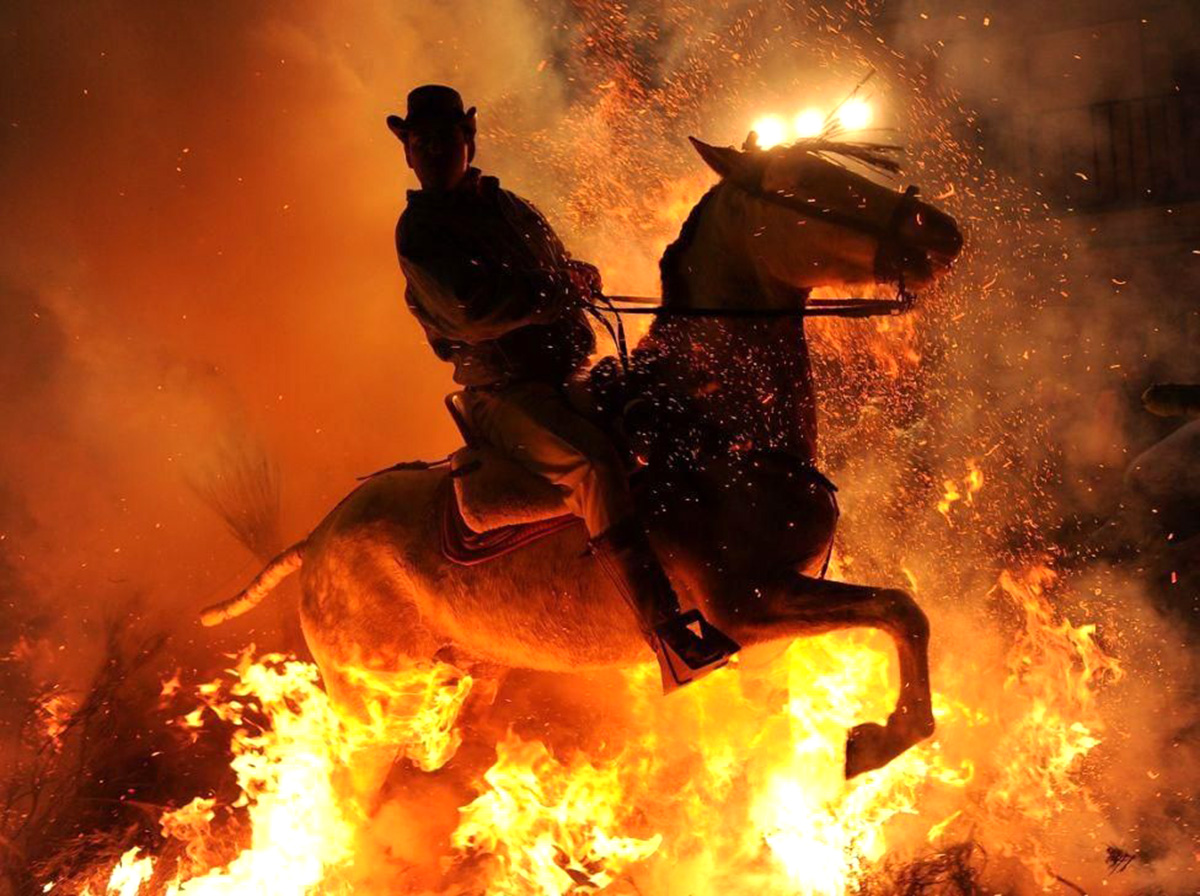 Photo: www.bigpicture.ru
Hundreds of people gathered to celebrate the Luminarias Festival in San Bartolomé de Pinares, a town north-west of Madrid, after it was cancelled last year due to the coronavirus pandemic.
The bonfires are called ‘luminarias’, and the Las Luminarias Festival is believed to be centuries-old. Some say it is related to ancient Catholic traditions of fighting disease through cleaning by smoke.
Revellers rode their horses through the narrow cobble-stoned streets, which according to tradition, purified the animals with the smoke and flames of the bonfires for the coming year. After an hour of horses jumping over flames, revellers then took to dancing and drinking.
“This comes from thousands of years ago. So that animals did not get unwell, the old priests would bless them with fires so that they would jump and be purified,” said Fermin Abad, 64, a resident taking part in the festivities.
It takes place every January on the eve of the annual remembrance of St. Anthony the Abbot, the patron saint of animals.
Ana Gómez, Mayor of San Bartolomé, said the festival celebrates animals and it is something that local residents love ‘with intensity’.

Based on the material of www.euronews.com