Cheese master, Kolyady Tsars, one of the best biathlon coaches: getting to know the talents of the Kopyl District

A small cosy town in the south-west of the Minsk Region has long been a place of attraction for researchers and travellers. The explanation for this is simple: amazing nature, ancient architecture. Some of the greatest writers known to everyone from school literature lessons were born here: Kuzma Chorny, Ales Adamovich, Tishka Gartny. The inhabitants of the Kopyl District honour the merits of talented fellow countrymen, setting them up as an example for their children and grandchildren. The pride in the past inspires the achievements of today. The people here know: the future  of the native land is in the hands of contemporaries. And they continue to write the chronicle of times.

Cheese from the master

Making good cheese is a real art and not easy to master. Even the availability of modern equipment and original recipes are by no means a guarantee that the product will be to the taste of consumers. And in the Kopyl branch of Slutsk Cheese-Making Plant JSC they are convinced: the key to success is in the skill of the employees, modern equipment is just a tool that helps to bring these ideas to life. 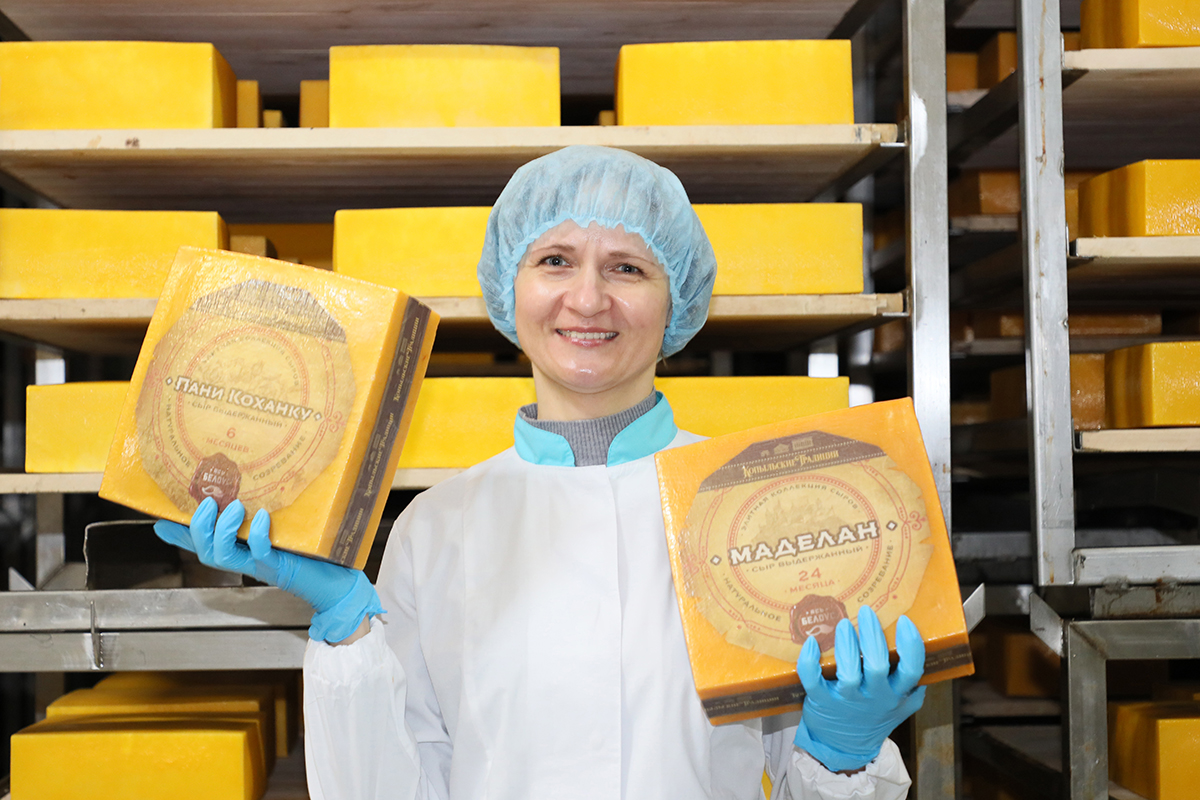 
For more than ten years, the work of talented mentees has been supervised by Marina Gaiduk, Head of the Cheese-Making Department. Over the years of work at the enterprise, she has studied the technological side of the industry in detail. She admits that her profession is creative, and there is room for experimentation.

“The best confirmation of a productive work is when a customer takes products from store shelves. Therefore, we try to surprise. Today we produce 12 types of cheese. Most of them are semi-solid Russian groups, the rest are elite. And people like everything. This can be proved, among other things, by the e-mails that come to our address. The feedback is overwhelmingly positive!

At such moments, you understand how important your work is. And you want to surprise your customers with something new,” says the specialist.
For many, the company is associated with delicious parmesan. It ripens for a whole year. The real pride of the local craftsmen. However, the new products that were launched last year are what’s really surprising. Wingenstein and Pani Kokhanku cheeses appeared here for the Belarusian Written Language Day. The latter was added with safflower petals — a spice from the saffron range, which has a characteristic soft spicy-sweet aftertaste. New products are extremely well-liked. Along with others, they are now exported to Russia, and Belarusian customers sweep them off the shelves in a matter of days.
“In the near future we are going to introduce new types, but this is a secret for now,” shares with us the Head of the Cheese-Making Department.
And yet there is no limit to perfection. So Marina Gaiduk’s perfect cheese is yet to come.


When the Tsars are carolling

Old New Year is traditionally celebrated at the festive table. A delicious dinner in the family circle, clinking glasses, sincere wishes ... However, there is a corner in Belarus where the evening from 13th to 14th January is spent in its own way. There is a unique custom in the Semezhevo agro-town of the Kopyl District. Young guys put on special ceremonial clothes — white trousers and shirts, red ornamented criss-cross belts on their chests. On their heads they have high hats decorated with multi-coloured ribbons. And this is how they go out carolling. 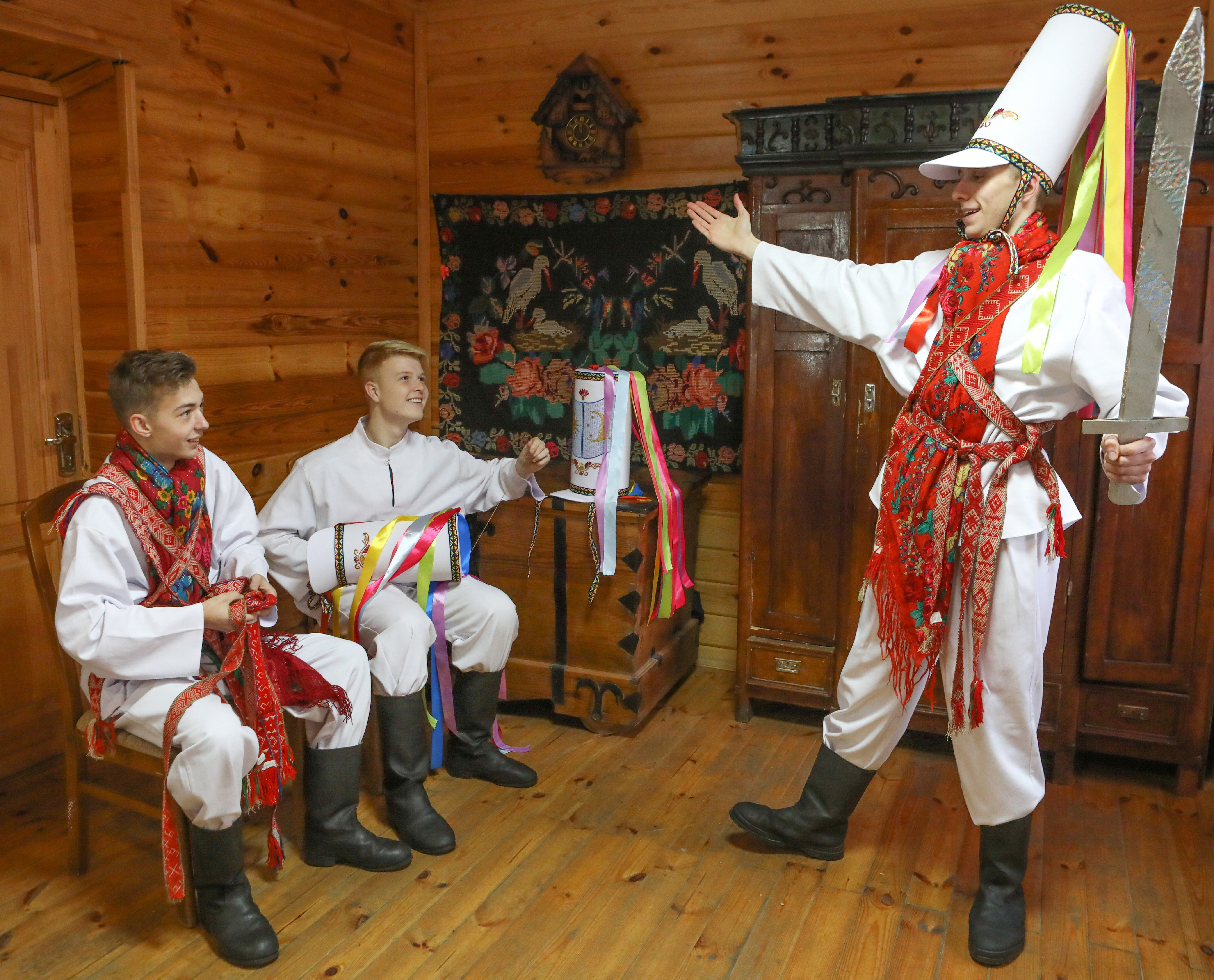 
“Each young man plays his role — a doctor, drummer, bag bearer... Other characters include the main character Tsar Maximilian, Tsar Mamai, Grandfather and Baba,” says the Director of the Local Cultural Centre Tatiana Shauro. “Moving along the village street, participants of the loud festive procession enter the house and play out the historical and religious drama Tsar Maximilian. With battle scenes, the secrets of folk medicine. And with the onset of darkness, ‘tsars’ light torches, burning all the bad that was there.”
The history of the rite goes back to the 18th century, when units of the tsarist army were stationed near the village of Semezhevo. According to local legend, during the New Year celebrations, soldiers and officers walked around the courtyards, showing a cheerful performance, for which the owners generously presented them with refreshments. After the detachment left the village, the residents not only kept the tradition, but also transformed it into a unique Christmas event.
The ceremony was revived in 1996: documentary materials, testimonies of old residents were collected. And in 2009, it entered the UNESCO Intangible Cultural Heritage List. The tradition will be maintained.
“The people believe that the houses visited by the ‘tsars’ will have peace, harmony and wealth throughout the year,” continues Tatiana Shauro. “Today our local team of carollers is divided into adults and children. Each part of the team has 12 people. The custom is passed from father to son, from older brother to younger. And it is great that all residents of Semezhevo are striving to preserve it.”

In 2009, the Kolyady Tsars rite was included in the UNESCO Intangible Cultural Heritage List

The coach of the Kopyl sports school Anatoly Senyuk could become an artist, a sculptor or a musician. His extraordinary creativity was noticed by all teachers. However, fate has its own plans: for 35 years now he has been creating eminent athletes. Thanks to Anatoly Senyuk, the biathlon world learned the names of Dmitry Gurban, Darya Nesterchik and Darya Yurkevich. All of them are extraordinary talented athletes with medals, fans and achievements that have long been inscribed in the history of Belarusian and world biathlon. 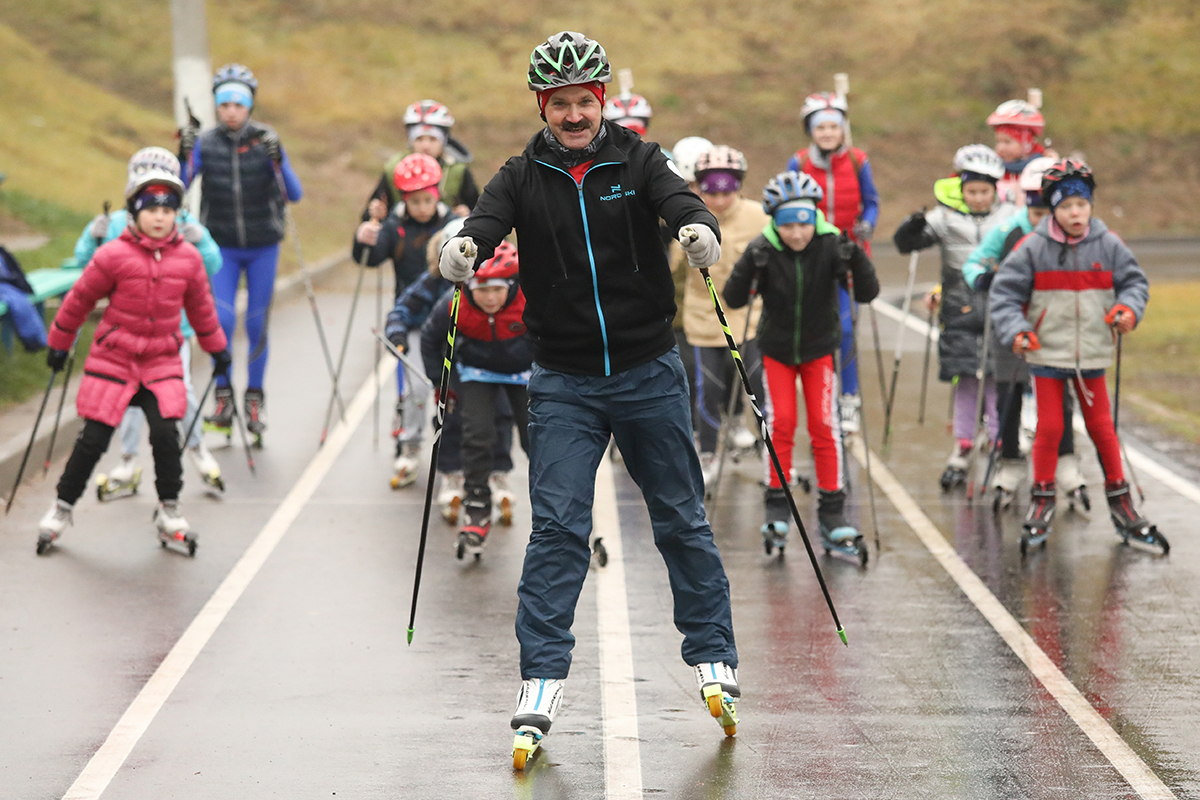 
But, perhaps, the main star, which the coach’s students keep in line with is Anton Smolski. And although the mentor does not single out anyone for himself, he follows his progress with special enthusiasm,

“I noticed Anton immediately. There was an incredible zeal and character in him, which a real athlete should have. Natural physical data — strength, agility, endurance — were good, he is a good shot. I quickly realised for myself: he will become a star. And so it happened.”

Anatoly started his search for talents a long time ago. For more than 20 years he taught physical education in secondary school No. 2. In the classroom, he noted talented children. And then there was just routine work. Some went to the athletic class just for themselves, others went to professional sports. You have to work a lot, and not everyone is able to work to the limit. To withstand regular training is difficult both physically and mentally. But the ones who manage to stay motivated achieve success, “Now 35 children of different ages are studying with me. Everyone has their own temperament, their own ideas about biathlon, but most importantly, they trust me, listen to my advice. To put young athletes on the right track, I call for one thing only, which is discipline. After all, if you set high goals for yourself, you have to comply.”
Anatoly lives with the aspirations and successes of his students not only at competitions. Together with his family, the coach is rooting for his students at home when watching TV.
“They are still my students, no matter how much time has passed. I am rotting for them, I worry for them, and I consider every victory personal. Probably, our vocation as coaches is to give athletes strength and skills, to guide them to success, without thinking about ourselves. And this is happiness.”