The Ambassador Extraordinary and Plenipotentiary of Belarus to Russia, Dmitry Krutoi, has met with Chairman of the Executive Committee – CIS Executive Secretary Sergei Lebedev – as reported on the website of the Belarusian diplomatic mission 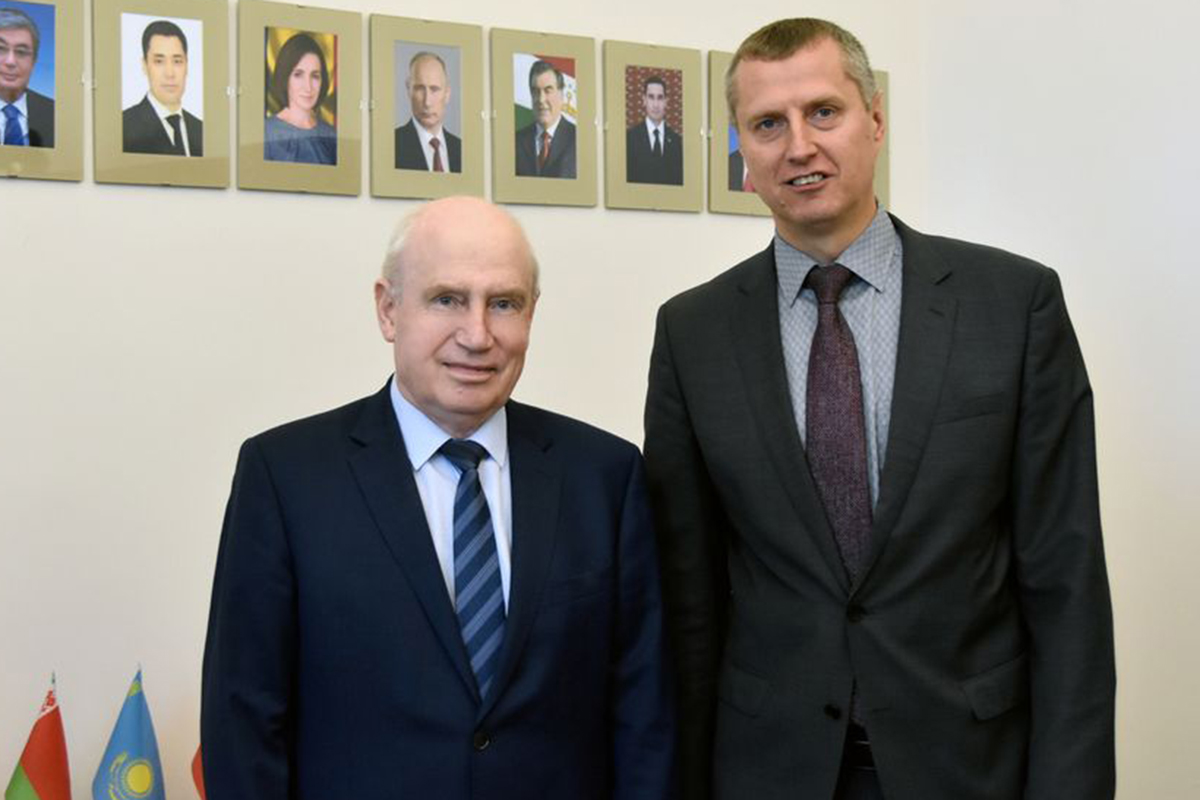 “The two sides shared constructive views on the current issues of developing co-operation within the CIS frameworks, noting the coincidence of approaches in the need to strengthen the CIS in the new geopolitical conditions,” the embassy noted.

They also paid special attention to the preparation and holding of meetings of the CIS supreme bodies this autumn, as well as the participation of the Belarusian side in the work of the Commission on Economic Affairs under the CIS Economic Council.