The Chairperson of the Council of the Republic of the National Assembly, Natalya Kochanova, has taken part today in a solemn meeting of the CIS Interparliamentary Assembly 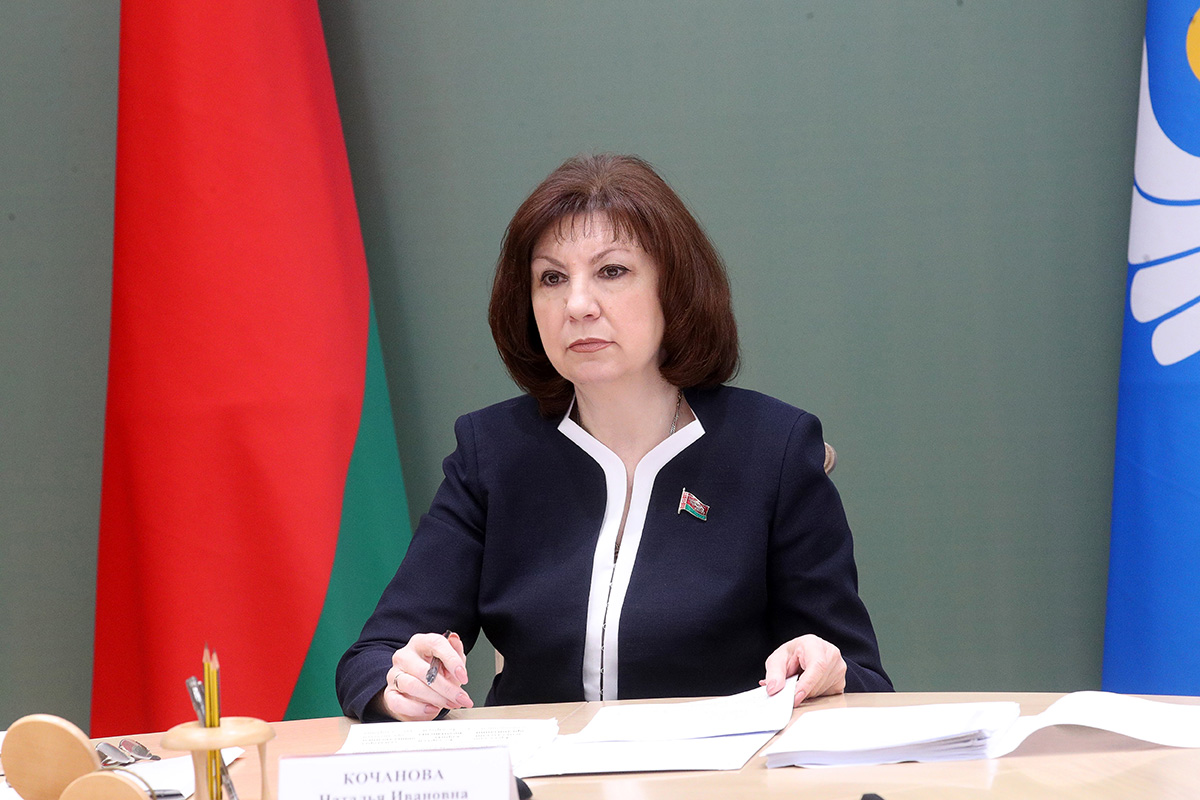 As Ms. Kochanova stated, among the key tasks of the Interparliamentary Assembly are rapprochement of the CIS member states’ legal systems and creation of conditions for comprehensive integration based on the model legislative acts and recommendations.

“At this stage, relations of the post-Soviet independent states require common and co-ordinated approaches in order to strengthen international security and form legal foundations for the CIS common economic space,” the speaker noted.

Actually, the Assembly's activities in this area are producing concrete results and, by now, about 600 model laws and other acts have been adopted. Ongoing monitoring confirms the relevance of these documents in legal systems of the CIS member states: regulations envisaged by over 70 percent of them have been implemented in legislation of the states, while another 10 percent contain provisions that coincide with national laws.

Ms. Kochanova added that model law-making creates a single direction for development of the CIS legal systems and acts as an important element in formation of a unified legal culture of the Commonwealth.

“The process makes it possible to unite the best of international legal and national practices, and this gives every reason to say the model legislation is a benchmark. In addition, it is an operational and flexible means of response to a changing situation and adapting to the requirements of modern times; it is a diplomatic tool to solve the emerging problems. Even if there is no direct mechanism for implementing model legislation structures into national norms, legal education, exchange of ideas and mutual analytical enhancement are observed at the deputy corps,” Ms. Kochanova said.

In her speech, the Chairperson of the Council of the Republic emphasised a special role, status and importance of the Interparliamentary Assembly. She stressed that everything possible will be done to revive the spirit of harmony in the CIS and around the world – which is especially topical in our modern conditions.

“Unfortunately, attempts to sow enmity, discord and hatred between our countries are multiplying at present. They are trying to intimidate us, make us forget our past, and renounce each other – simply speaking, to undermine the belief that we are peoples of one geopolitical space and destiny. Perhaps right now we are experiencing the most serious battle in our history – for the fraternal peoples’ unity. Attempts are being made to exhaust us all one by one with stress tests. It will not be easier and simpler for us any further,” Ms. Kochanova emphasised.