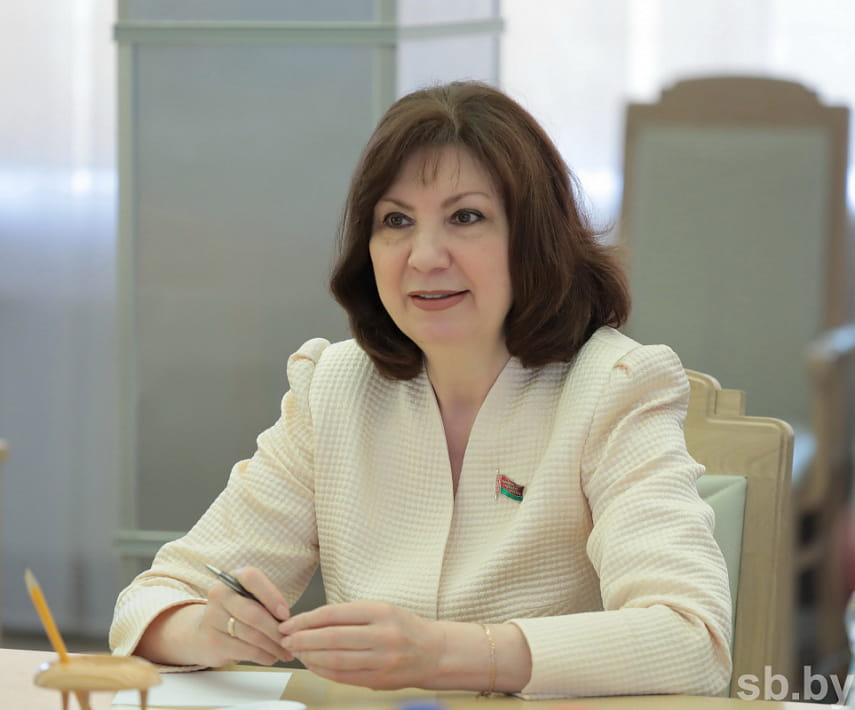 Natalya Kochanova addressed those present, “The past post-election year has shown that we live in completely new political and economic realities. The usual life has changed, while the current situation remains tense. Hybrid influence is actively used against the Belarusian state: political, economic, military and informational pressure is escalating. Efforts to destabilise the situation do not stop, they are rather becoming increasingly provocative, cynical, sophisticated. Radicalisation is enhancing: we’ve witnessed an assassination attempt on a journalist, attempts to set fire to the houses of deputies and civil servants and a recent brazen murder of a KGB officer in the line of duty. All this suggests that foreign curators are betting on terrorism and extremism. Ideologists of the fugitive opposition still hope to depose the government with hands of people who live in Belarus.”

According to Ms. Kochanova, it’s necessary to prevent the incitement of enmity in society, propaganda of hatred and violence, spreading of rumours that provoke panic and threaten social and political stability. She believes conditions should be created for fans of provocation and discord for them to fail to find a place among us.

“Everyone is obliged to respect the law,” the Speaker stressed. “Any violation of law and order must be strongly punished. It is the task of parliamentarians to improve legislation, update it and work proactively. The laws we pass must prevent any encroachment on peace, order, tranquillity and stability. The legal mechanisms for combating terrorism and extremism should be as strict as possible.”

Ms. Kochanova added, “We know history well and, like no one else, understand the price of peaceful coexistence. Belarus has repeatedly been a scene of destructive wars – unleashed not by us and not by our will. We don't want to lose our country. With this in mind, consistent implementation of the national unity idea – which has picked up momentum this year – will become an answer to the topical challenges. Members of the Council of the Republic should contribute to this work so that a citizen, society and the state act as an integral entity.”