No present and good future are possible without the memory of the past – as stated by the Chairperson of the Council of the Republic of the National Assembly, Natalya Kochanova, in her talk with the STV TV channel 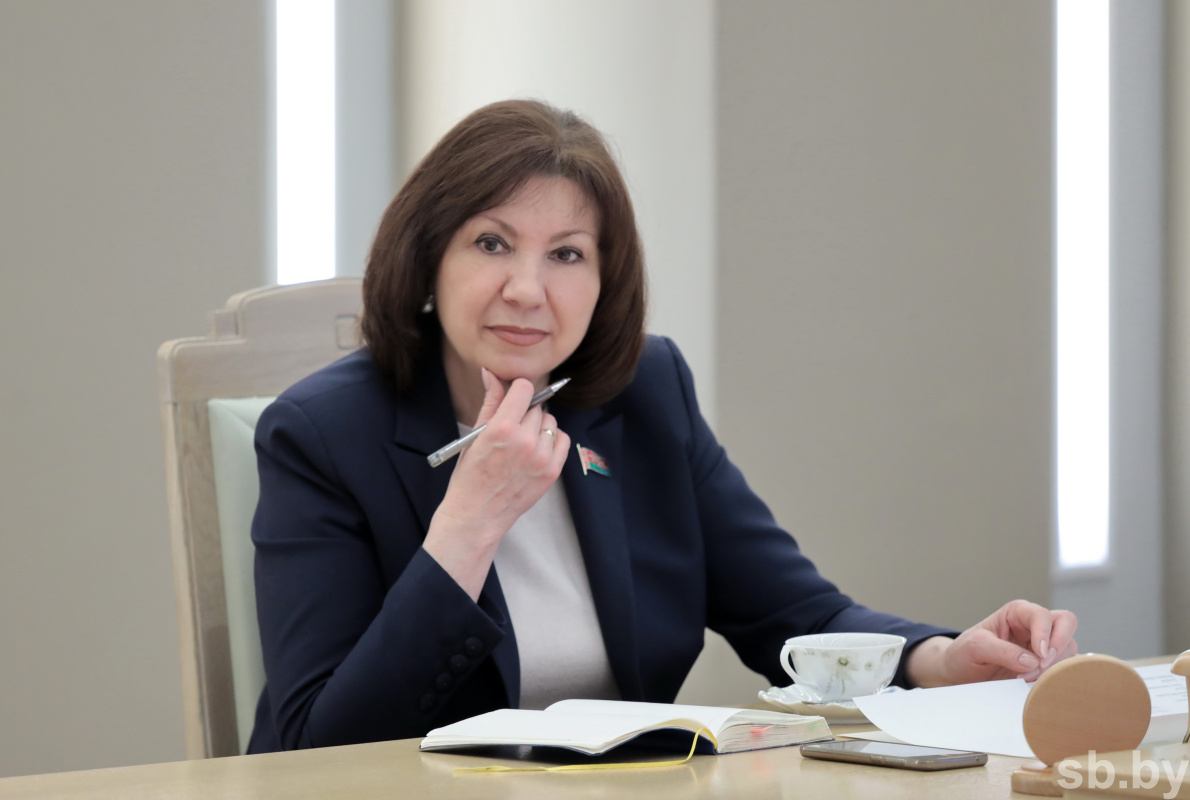 Ms. Kochanova noted that the events taken place not so many years ago are a memory for Belarus, and our citizens should pass it on from one generation to another. “This is the foundation for our country’s preservation. This is a spiritual bond that holds us together. We know what is behind the war: devastation, famine and destruction of people – actually, destruction of the nation as a whole. Eyewitnesses of those terrible events are still alive, and we have many facts that confirm the genocide of the Belarusian people. We see them, we know them, and we clearly understand that this is true. This truth must be preserved,” she stressed.

Ms. Kochanova added that every country is now trying to preserve peace and tranquillity on its territory. Meanwhile, the values preached in the West are unacceptable for Belarus. As the Chairperson of the Council of the Republic noted, these are not Belarusians’ traditions and approaches to upbringing of their younger generation.

“We were lucky, since we have preserved and created such a magnificent country on the USSR ruins; people and their welfare are the foundation. People should understand this. We must think over and cherish what we have. The ongoing events in the countries of the collective West – such as destruction of monuments to those people who shed blood – are beyond human consciousness. Over time, people there will understand and realise this. No present and good future are possible without the memory of the past,” Ms. Kochanova believes.