Today Grodno is hosting the second day of the 9th Forum of Regions of Belarus and Russia, with parliamentarians of the two countries, statesmen and experts discussing the role of interregional co-operation in deepening the Union State integration processes. Natalya Kochanova, the Chairperson of the Council of the Republic of the National Assembly of Belarus, stressed that almost all spheres of life are covered by the topics of this forum. 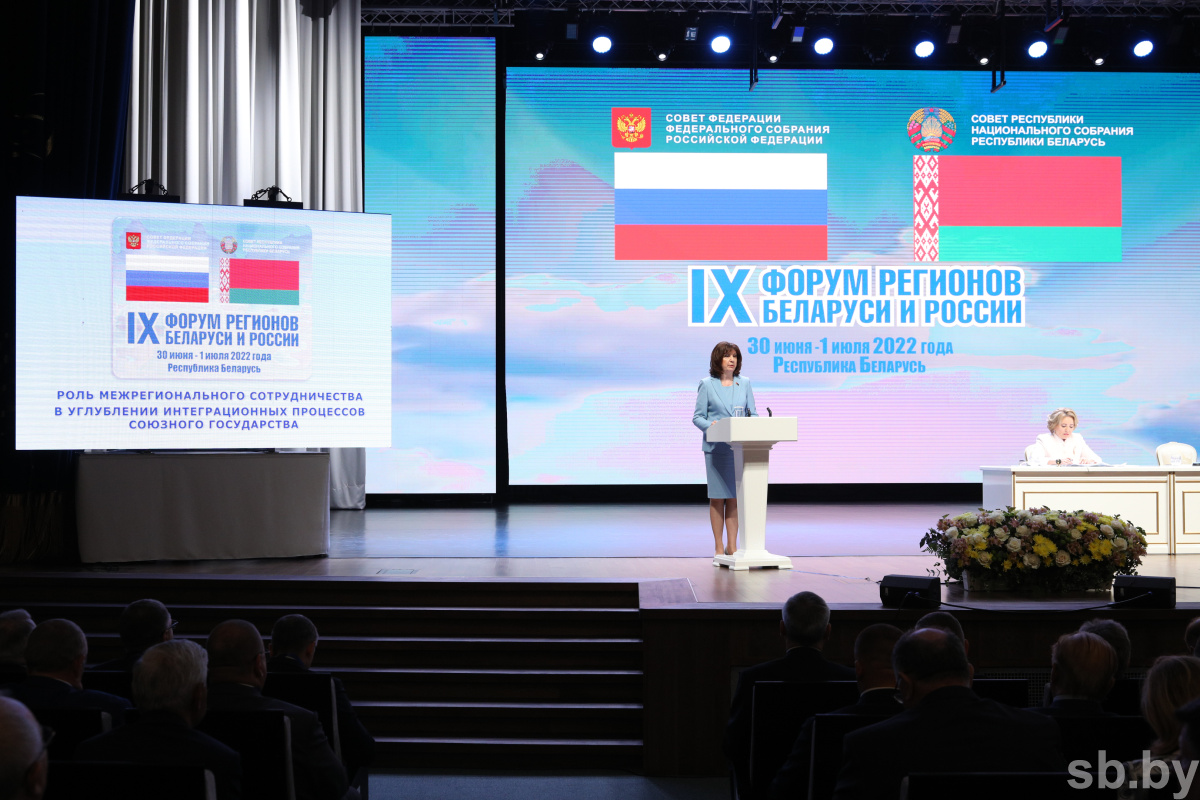 “The decision of the 6th Belarusian People’s Congress identified strong regions as a priority for the socio-economic development of the Republic of Belarus for the current five-year period,” said Ms. Kochanova. “Interaction between the Belarusian and Russian regions is one of the most important factors that determine the further development of the Union State. Undoubtedly, interregional interaction is a driver of integration processes that have positive socio-economic effects. Previous achievements and the very practice of the forum’s work confirm that there is no other large-scale integration platform within the Eurasian space where Belarusian-Russian liaisons would develop so successfully.”

According to the Chairperson of the Council of the Republic of the National Assembly, the current geopolitical situation is not only a challenge, but also a unique chance for Belarus and Russia.

“As the President of Belarus has repeatedly stressed, we must use this moment to strengthen economic collaboration and make our countries absolutely independent,” noted Natalya Kochanova. “The potential for further integration rapprochement and interregional Belarusian-Russian co-operation is enormous. In almost every area of partnership, the Union State has immeasurable reserves; we have something to work on and something to strive for.”

Moreover, the speaker believes that the current conditions dictate the need to accelerate the implementation of the main guidelines to implement the Union State Treaty in 2021-2023 and 28 Union State programmes.

“In this direction, we see a more active role, first of all, of the Union State Standing Committee. However, we all, each at our own level, must act decisively and without delay,” stated Natalya Kochanova.


Belarus Kochanova Council of the Republic