Today the military stress that the situation around Belarus is escalating while the neighbouring states, unfortunately, are actively militarising. Our army must be ready, first of all, for defence – as stated by Belarus’ Defence Minister Viktor Khrenin after the meeting at the Palace of Independence 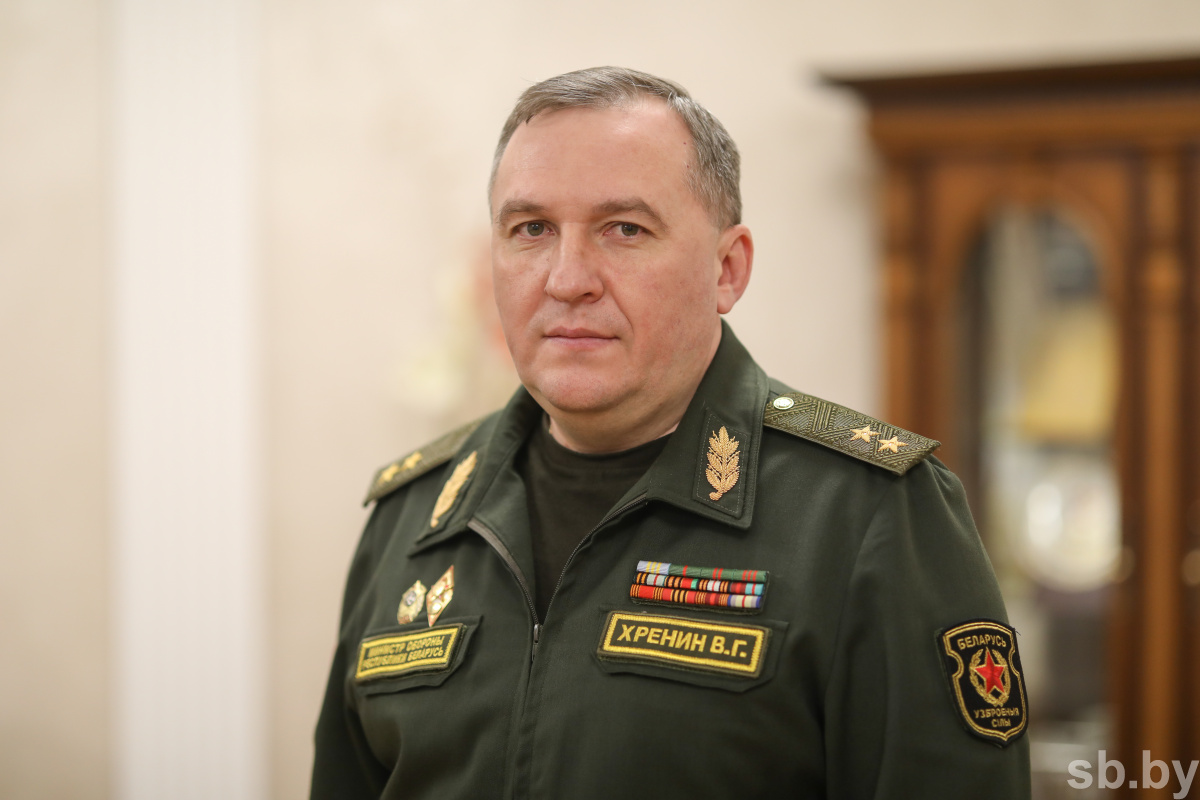 At the same time, the Defence Minister stressed, “I do not want anyone to be afraid that tomorrow the war will start. The President underlined in his report that there is no direct preparation. Seeing how our neighbours are acting, we are obliged to react to everything that happens and prepare our Armed Forces, our state, first of all, for defence. We are not going to threaten anyone, to attack anyone. We want to live on our own territory, make decisions independently, and defend our sovereignty, independence and territorial integrity.”

Viktor Khrenin added that during the meeting they discussed the implementation of the previously identified decisions, and analysed the accumulated experience. The Minister noted, “We understand that by getting involved in the arms race now, as some states are talking about, we can cause trouble for the economy. We must proceed only (and this was emphasised by the Head of State) from the principle of reasonable sufficiency and ultimate necessity. There should be no excess, nothing unnecessary. First of all, in this situation, we must rely on our own strength, on our readiness to defend our country on our own.