Speaking with a solemn speech during the graduation of the Military Academy lieutenant officers, Belarus’ Defence Minister Viktor Khrenin recalled that the Belarusian people went through many trials on their historical path, but retained their national identity and managed to create their own sovereign state, making every effort for its development and prosperity 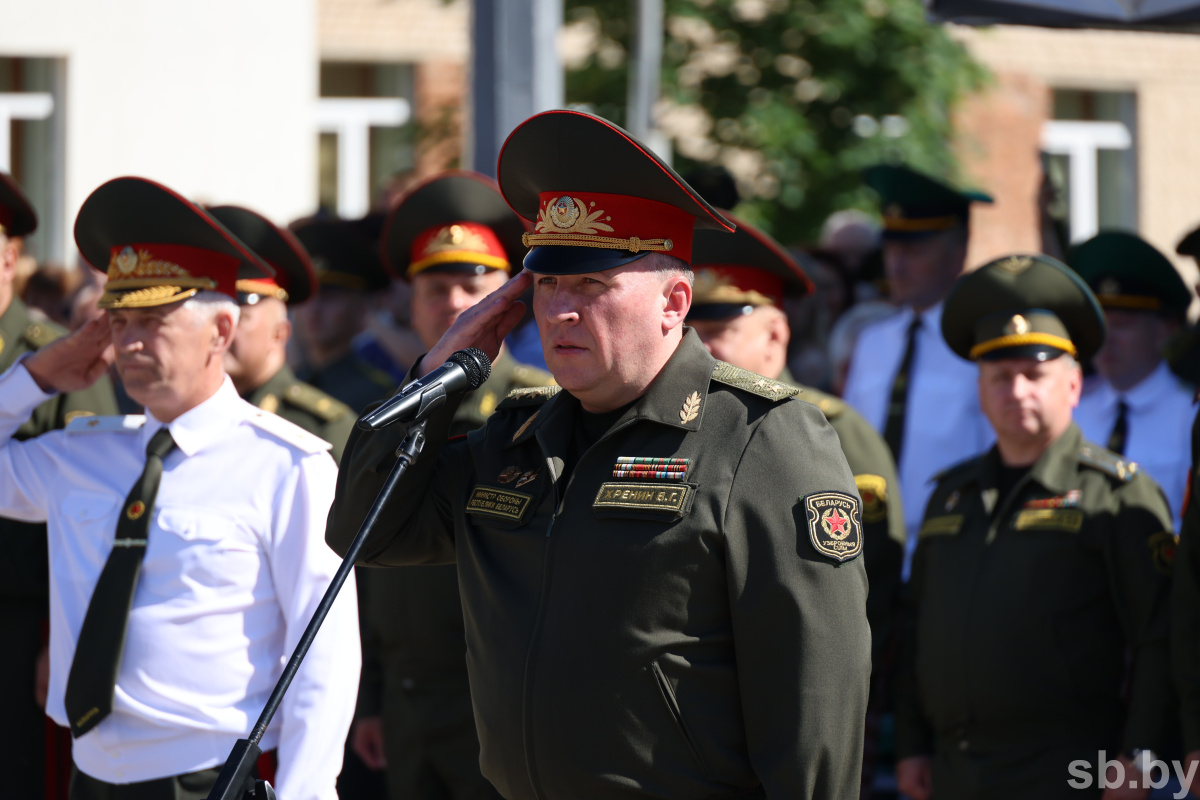 “Unfortunately, not everyone in the world agrees that a young small state has the right to pursue a policy in the interests of its people. Ensuring independence and territorial integrity of the Belarusian state in modern conditions acquires a special meaning,” noted Viktor Khrenin.

The Defence Minister reminded the graduates that it is they who will have to defend the main values of the Belarusian people: peace and security, protect the sovereignty and territorial integrity of our country. “The peaceful life of our citizens, the possibility of further development of the young state depends on your professionalism. Remember that the high morale and patriotism of Belarusians is based on the heroic traditions of the older generation: this is the core of the security of our state. This is especially true in the Year of Historical Memory. The foundations of the traditions of the officer corps of the Belarusian army are patriotism, loyalty to the oath and military duty, honour. Be faithful to the glorious traditions of the generation of Winners!”

The Belarusian army and other power structures of our country will be replenished with more than 470 young lieutenants. Traditionally, the graduation of the Military Academy officers takes place on the eve of the main holiday of the Belarusian statehood: Independence Day.