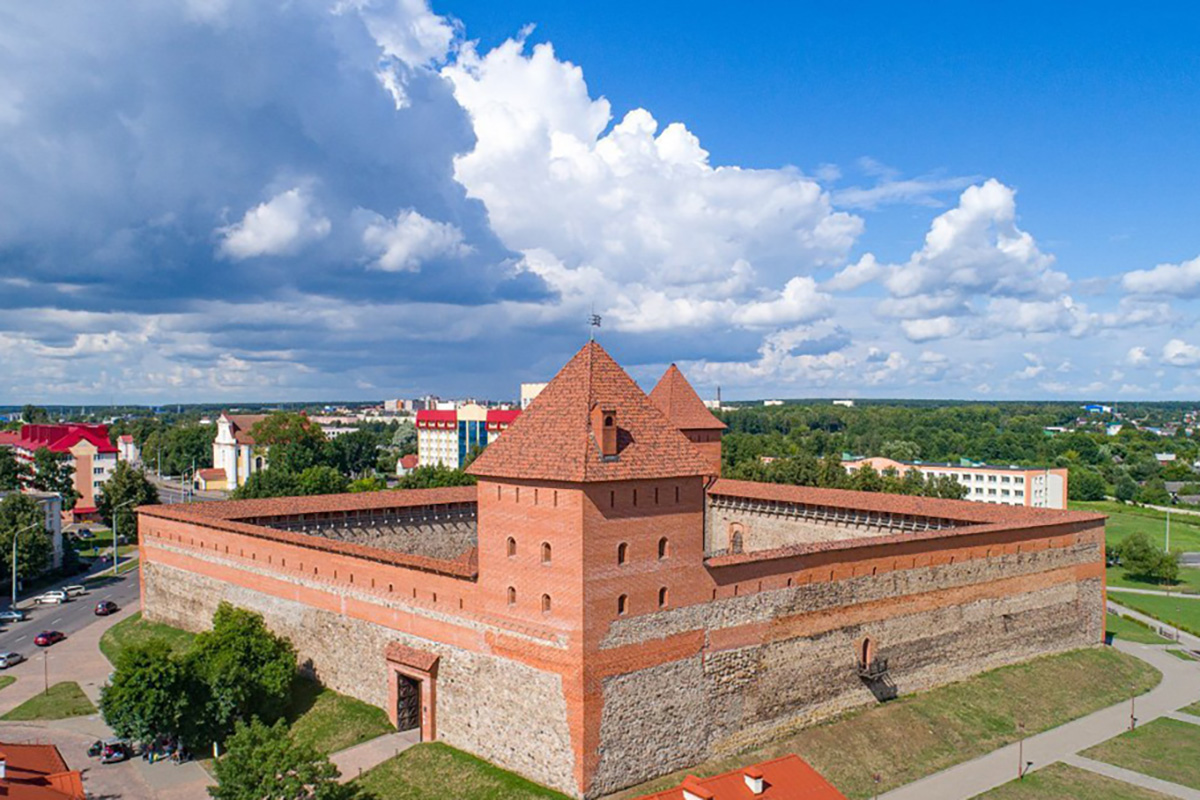 The Castles of Belarus state programme enabled many historical and cultural sites to rise from the ruins. The majestic walls of Lida Castle, crowned with two towers, have been seen in recent years. In 2010, the builders arrived and a few years later the historical monument became a place of attraction for the townspeople and guests of Lida. It is the castle that attracts most tourists, who then go to the city, visit cafes and restaurants and book places in hotels and farmsteads. What do guests want to see today in a 14th century defensive structure? 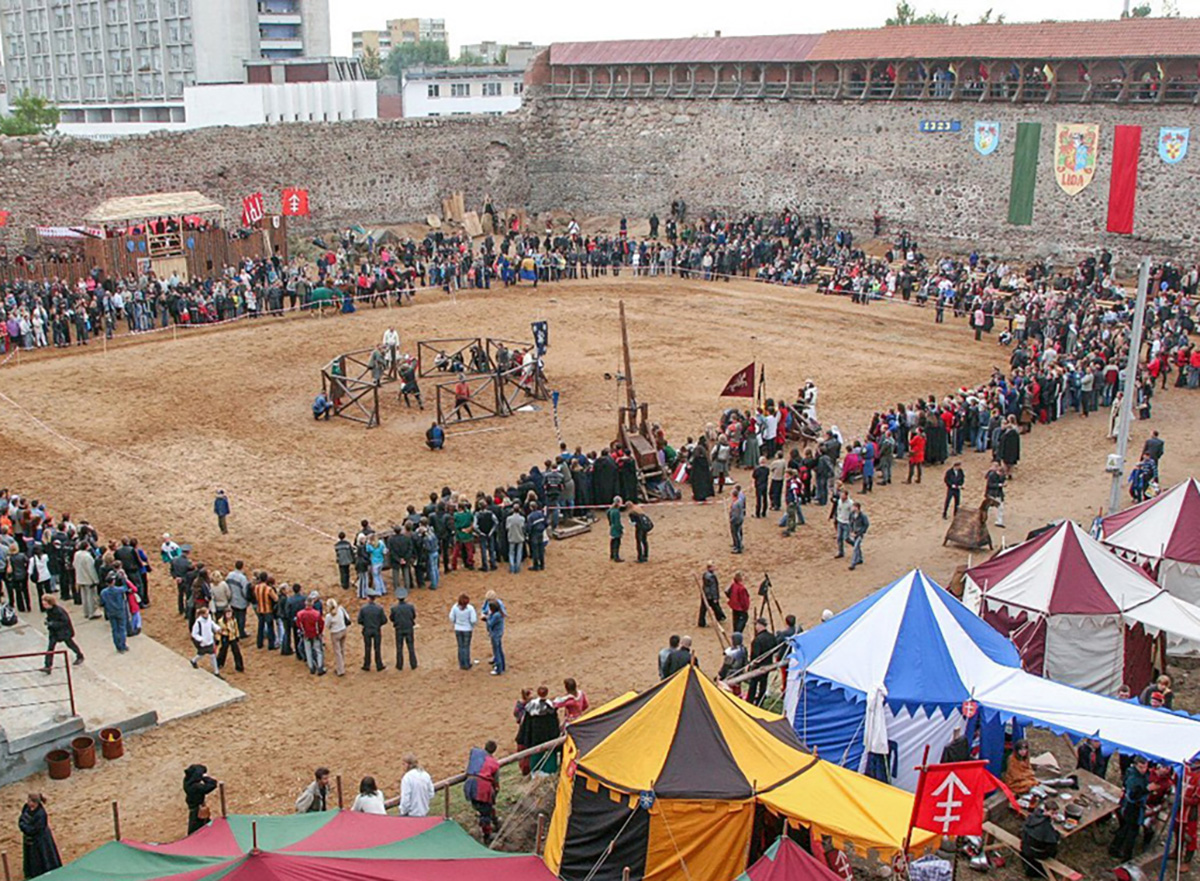 Awakened interest in the past

Natalya Khotyanovich, deputy director for research at the Lida Historical and Art Museum state institution, notes a positive trend, “The results of the first nine months of this year are impressive. 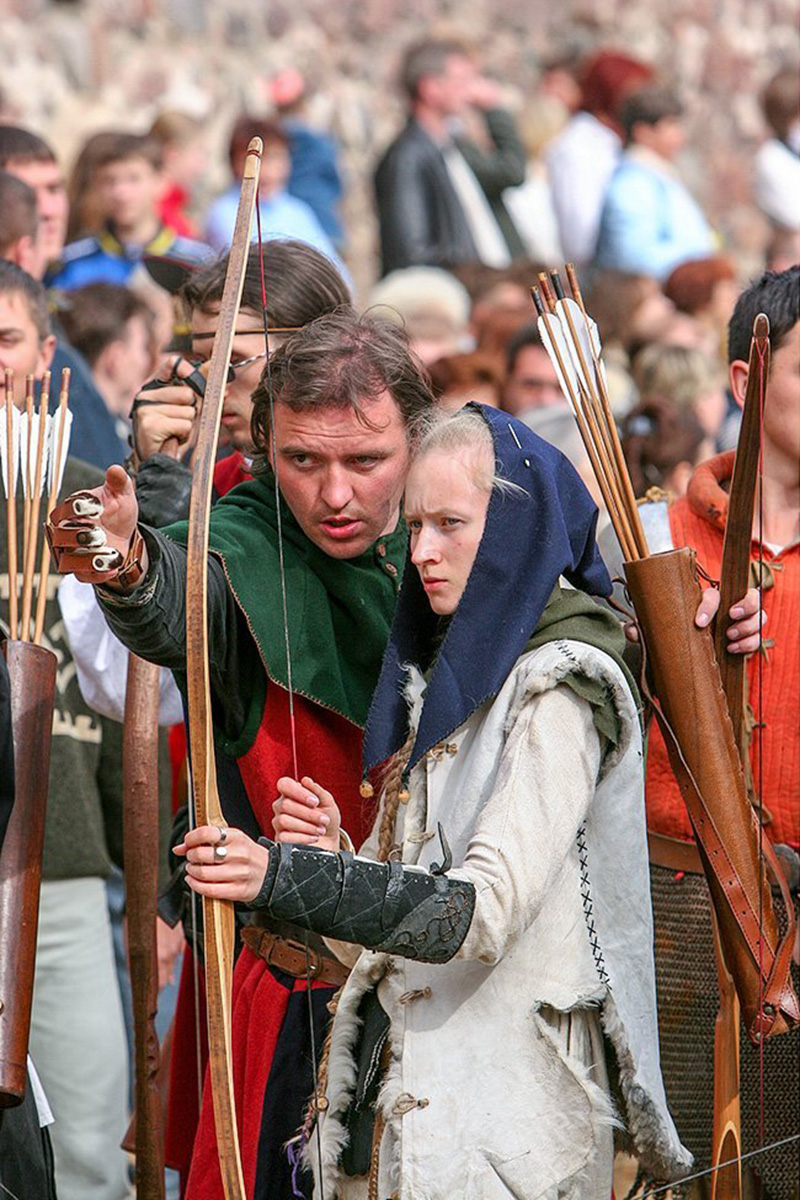 Only Lida Castle, excluding the historical and art museum itself and the Tavlai House — which are part of the structure of the attraction — was visited by about 40,000 guests. In 2020, 36,000 people visited all three sites. It’s clear that it’s mainly Belarusians who came, because of the pandemic. But is that bad? The interest of our compatriots in the past of their country, its history and traditions can hardly be overestimated. At the same time, the category of tourists is changing. We see many families, and of different ages, who independently unite into small tourist groups and book excursions.”
Lida Castle compares favourably with other historical and cultural sites for the possibility of holding knightly and equestrian tournaments. To maintain interest in the site, the museum staff develop entertaining performances, quests and interactions that take place in two restored towers: Vytautas and Gediminas and in the castle courtyard.
“Several types of excursions have been developed, depending on what time the tourist has,” Ms. Khotyanovich continues. “The shortest will take about 40 minutes. The theatrical Journey into the Past is in great demand. Its participants, alongside an educational trip into history, are invited to play medieval games and find a key to open Vytautas Tower. Meanwhile, both adults and children really like the animation programme, entitled Gediminas Stronghold, because they can see real knights, ‘fight’ with them with swords and take a selfie in the form of a warrior. The Castle Road project is in operation, which traditionally goes beyond the castle walls. Knight’s clubs, artisans, animators and creative associations are in constant contact with us. All this makes it possible to promote a tourist facility and significantly increase the number of inbound tourists.”


The loopholes are waiting in line

Head of the exposition and exhibition department of the Lida Historical and Art Museum state institution, Anna Nekrashevich, conducts a quick tour, “On weekends, there is nowhere to swing a cat.

Both the Vytautas Tower and the Gediminas Tower display exhibits dating back to the 14th-16th centuries. Among them are the most famous brick-palchatka and other authentic items found at the castle during archaeological excavations. In total, there are about a hundred genuine artefacts. Perhaps one of the most valuable is a sword-cord with the sign of the Passau wolf. There are about a hundred of them all over the world.

The bone chess rook from the 16th century can be said to be especially significant as the chess pieces made in Gediminas’ chambers were based on it. This is, of course, a replica. Everything protected by glass — nails, locks, crossbow arrowheads, keys, ceramics, jewellery and combs — is of historical value. Recent finds indicate that the castle was not only a defensive structure, but also that it was visited by nobles.” 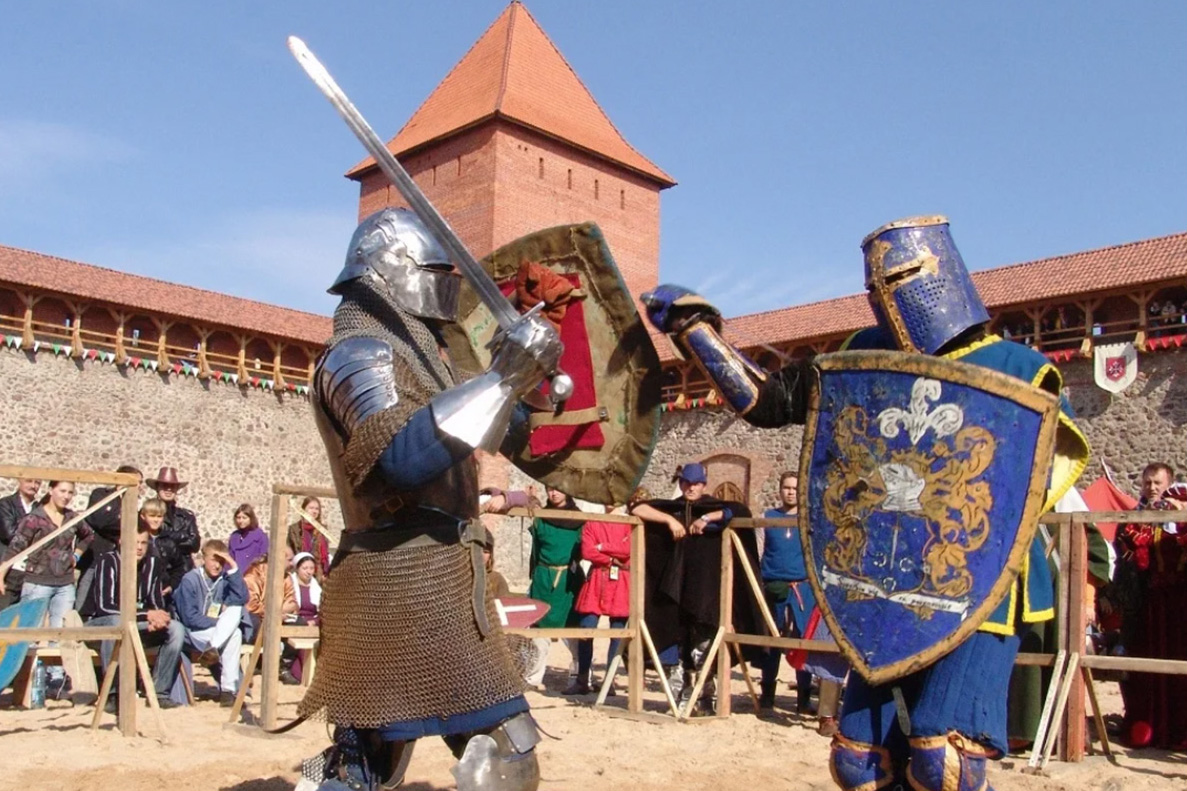 They try to change the expositions in the Lida Castle every six months so that visitors learn something new every time. Currently, there is an exhibition where you can see an historical object captured on the canvases of artists of different times, paintings from private collections are also presented.
“We want the castle to be a living organism that is constantly being improved,” Anna points to the screen where the interactive map of Aleksei Cherenkevich and his team is loaded, which tells about the formation of Belarus from the 9th century to 2015. “Everyone can learn about the Grand Duchy of Lithuania, the Rzecz Pospolita, the fate of all the princes and kings who ruled in different periods. We acquired a series of portraits of the princes of the Grand Duchy, made in a special ‘levkas’ technique on wooden planks by Igor Gordiyonok. A well-known graphic artist in Belarus has done a lot for our castle.

The collection of artefacts is also replenished through donations. Recently, the inhabitants of Lida presented us with a collection of coins found in the castle in the post-war period. This suggests that the residents of Lida appreciated the metamorphoses that have occurred with the historical and cultural sites over the past decade.”

“Recently, we have been paying special attention to the development of gastronomic tourism,” the museum worker concludes. “Tourists are very interested in what people drank and ate during the Middle Ages. The project was prompted by one of the exhibits: a fork with two teeth from the 16th century. In addition, this summer, the Kumnyak restaurant was opened at the castle, which is very popular. Many dishes are prepared according to old Belarusian recipes using local produce.”


Lida Castle is one of the few in Belarus which is currently completely reconstructed. The square stone castle, built in 1323, was destroyed several times. The restoration of the historical and cultural site began with the reconstruction of the walls and, in 2005, the first knightly tournament was held here. In 2018, the Vytautas Tower was officially put into operation and in 2020, the Gediminas Tower. A year earlier, a monument to the founder of the castle, Grand Duke Gediminas, was erected at the foot of the walls. Every year mass events, festivals and concerts are held here and the Lidbeer Music Festival attracts tens of thousands of Belarusians and foreign guests.