This was discussed at the President’s meeting with the State Secretary of the Security Council, Aleksandr Volfovich, Defence Minister Viktor Khrenin and the General Staff leadership 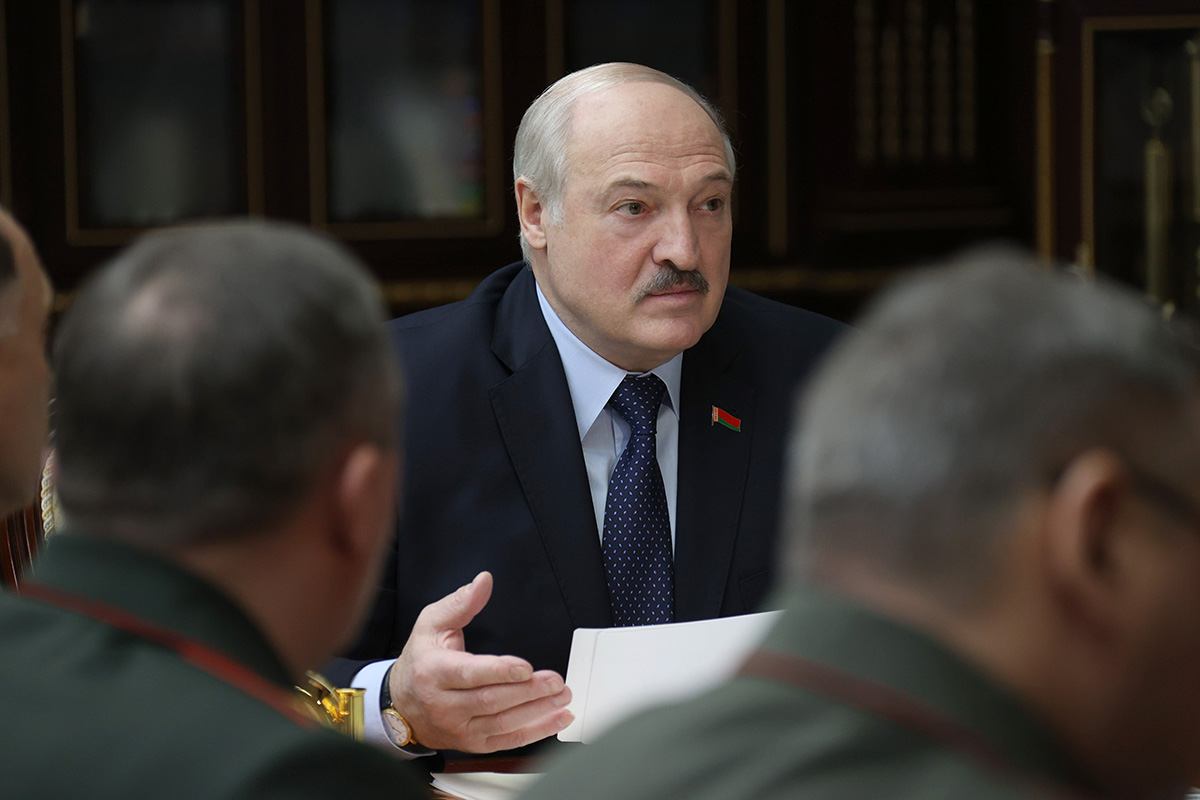 Describing the operational situation near the western and southern borders of Belarus, Aleksandr Lukashenko said, “In this difficult situation, back in December last year, the President of Russia and I agreed to jointly conduct unscheduled concrete activities on the western borders of the Union State and on the southern border of Belarus. Today we see that we need to conduct full-scale exercise in this area and this exercise should not be purely Belarusian. It should be normal exercise to work out a certain plan of action against these forces from the West (the Baltic States and Poland) and from the south (from Ukraine)."

The Commander-in-Chief noted that at one time Belarus’ Defence Minister was instructed to work out the plan of this joint exercise in contact with the Defence Minister of Russia, Sergei Shoigu, “There was an instruction to estimate the number of troops and weapons that we will mobilise in Belarus and what armed forces and units will be involved from the Russian Federation. Did we plan to start the exercise in February?

“So, determine the exact date and inform so that we are not reproached that we have pulled some troops for no reason and are almost going to fight.”