Moldova is reaping the fruits of the ‘pivot to the West’. Winter will be hard.

The southern republic has been rocked by protests since September. People come forward with simple and understandable demands to lower the prices of gas and electricity, to control cost of food, breaking record after record. However, both President Maia Sandu and the Moldovan government seem to have opted for a European way of communicating with fellow citizens. Only the police come out to the dissatisfied people, who gather every Sunday in the centre of Chisinau. Since September 18th, when the first spontaneous tent camp appeared in the country’s capital, not a single official has deigned to ask the rebellious Moldovans what they want. 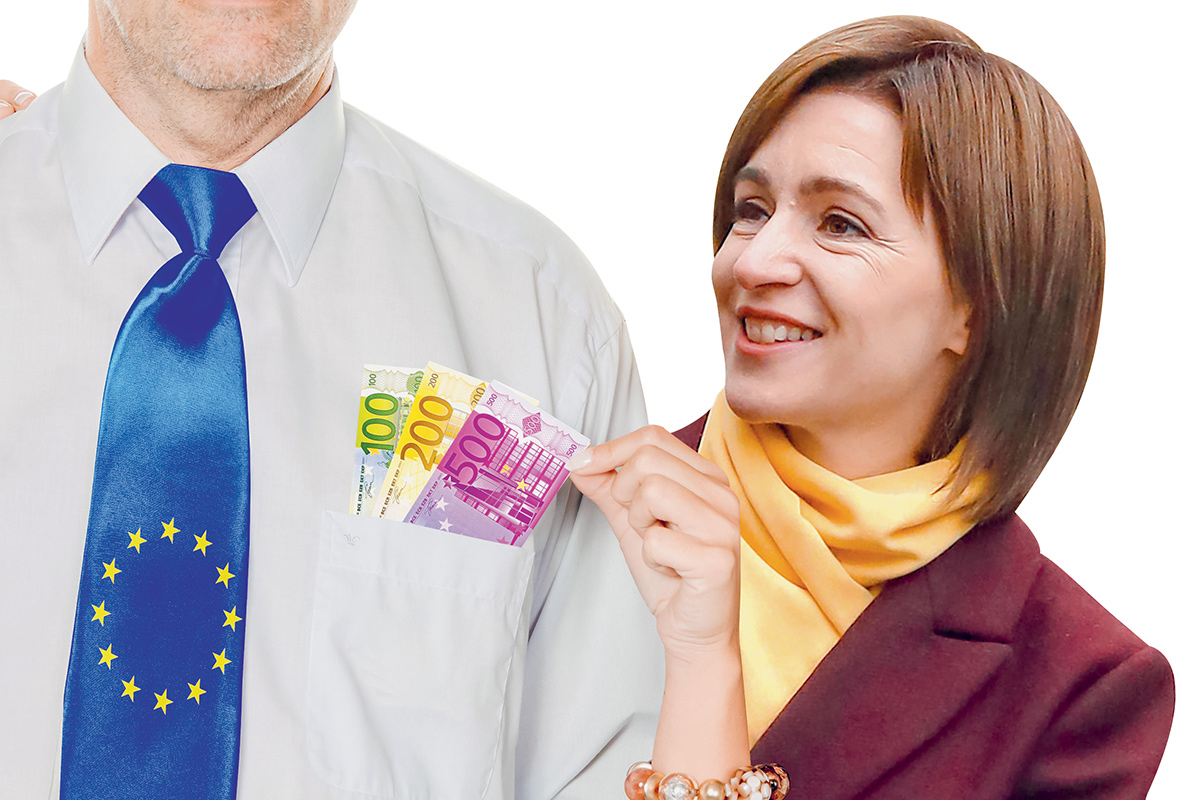 “Russia left Moldova in the dark... We cannot trust a regime that leaves us in the dark and cold, that deliberately kills people simply to keep other peoples in poverty and humiliation,” Maia Sandu wrote on her Facebook page.

Representatives of the authorities, on the contrary, can often be seen in the media. Madam President especially shines there, who obviously likes to be on camera or on the front pages of Western newspapers. True, Moldovans have long learned a simple formula: trouble begins when Sandu appears in the press. People do not expect to hear good news, as well as adequate proposals on how to get out of the crisis that has engulfed the country from Maya Grigorievna.

According to an iData survey, 77 percent of Moldovans believe that the country’s government is not taking effective measures to combat the energy crisis, 36.4 percent say that the authorities are doing nothing at all, and 63 percent believe that their standard of living has seriously fallen over the past year. No wonder, because inflation in the country is approaching 35 percent and it seems that no one is going to turn on the brake light for it.

The only thing Sandu responded to the claims of fellow citizens was a recent lengthy article in the Politico newspaper, where the President admitted: 65 percent of all Moldovan incomes will be spent on heating this winter.
Moldova, it seems, has seriously decided to follow the ‘cut off one’s nose to spite one’s face’ principle. Residents of the country are now paying the highest price for gas in Eastern Europe. At the moment, its purchase price is $1,031 per 1,000 cubic metres. And it could have been no more than $250 if the extremely beneficial agreement with Russia of 2019, concluded under President Dodon, was extended. But the desire to be independent of the ‘Mordorian’ gas led to sovereignty from common sense, and now ordinary residents will be forced to give half of their salaries so as not to die from the cold in the winter.

True, in order to pay for gas, one need to at least receive it. But a serious problem suddenly showed up with this matter the other day. Gazprom recorded a discrepancy between the volumes of gas that is supplied to Sudzha GIS for transit to Moldova through Ukraine, with the volume of blue fuel, which is physically transferred by our southern neighbour to the Moldovans. In other words, part of the Russian gas settles somewhere in Ukraine and does not reach the end consumer.
It would seem that the Ukrainian authorities are stealing someone else’s gas — an old story about which many anecdotes have appeared. However, it turned out that Kiev and Chisinau work in the same conjunction, and Gazprom revealed not a scheme of theft of Moldovan gas by Ukraine, but attempts to deceive the supplier himself. Thus, the operator of the gas transmission system of Ukraine called the justified claims of Gazprom ‘gross manipulation of facts’ in a characteristic boorish manner and noted that the supplied blue fuel reaches Moldova, and Gazprom is allegedly trying to prevent the ‘virtual reverse’ of gas and the use of storage facilities by Moldovans on the territory Ukraine. The words of the operator of the Ukrainian GTS were also confirmed by the Deputy Prime Minister of Moldova Andrei Spinu.
“Those volumes of gas that Gazprom calls remaining in Ukraine are our savings and reserves stored in warehouses in Ukraine. These volumes have been and will be fully paid for by our country,” he shared in his telegram channel. The purpose of this leapfrog, according to the Moldovan Deputy Prime Minister, is to avoid alleged pressure, blackmail and threats from Russia.

However, no one approaches Moldova in any way — the only thing Gazprom wants is the repayment of the debt from Chisinau, which by November reached $590.8 million. So what is the full payment for the supposedly Moldovan gas stored in Ukraine is Spinu talking about?

At the same time, it is unlikely that it will be possible to find out all the peculiarities of the scheme born between Kiev and Chisinau in the near future — as Prime Minister Natalia Gavrilita said, Moldova, in agreement with Ukraine, classified all information related to the country’s energy sector.

Will there be help?

While the Moldovans and Ukrainians are trying to play cat and mouse with Gazprom, Maia Sandu is actively trying on the image of Zelenskyy — she is trying to get at least some money from the West under the pretext of helping the sinking economy. So far, three European countries have responded to the president’s pleas — Romania, Germany and France, which are included in the Moldova Support Platform. And even then it was possible to agree on a tranche in the amount of €100 million only at the third meeting.
“Dear Maya, the courageous and ambitious efforts that you are making in Moldova are needed not only by your country, but by the whole of Europe. You can count on the support of France,” French lover of telephone diplomacy Macron wrote in Romanian on his Twitter.
However, even though Sandu scattered in gratitude in response, her mood was hardly elated. Moldova expected at least €695 million in aid. However, developed countries are not eager to take on the second freeloader after Ukraine with their own mortified economy. In addition, no one has cancelled the highest level of corruption in the country — according to only official data, the total amount of funds circulating in ‘grey’ schemes reaches 12 percent of the country’s GDP. Moreover, the activity of the Security and Intelligence Service of The Republic of Moldova (SIS) to identify the facts of money laundering and fraud in recent weeks is more connected with the search for a mythical Russian trace in the protests than with a real desire to defeat corruption.
Moreover, the fate of the country in the current crisis could have turned out completely differently if Maia Sandu had not come to power with the help of American NGOs. Her European path turned out to be a one-way road, and the choice of partners for negotiations spoke for itself: the first was the Romanian President (by the way, if anyone is not in the know, Ms. Sandu also has Romanian citizenship), and the first foreign visit was to Ukraine, where she greeted the guard of honour with a resonant ‘Glory to Ukraine!’.
Then there was a tense confrontation with the parliament, where, according to the President, traitors found themselves a comfortable hideout, but in fact — patriots and supporters of, perhaps, the most effective manager in Moldovan history, Igor Dodon, and then the arrest of the ex-president himself.

True, while Sandu fought the spectre of the Russian threat and burned out sedition, the Moldovan economy smoothly dived to the worst indicators over the past two decades. The logical result of the deliberate destruction of their own country was the impoverishment of the population, protests and multimillion-dollar debts.

Anyway, the time will come when they will have to be repaid. And who knows what the creditors will ask for: maybe the very independence of Moldova, or maybe the unleashing of a bloody massacre in Transnistria. Thus, they won’t be able to slime away.