Christmas is a time of miracles and dreams made true. Wishes came true for the pupils of the Vileika Specialised Boarding School: the players of the President’s hockey team and representatives of the President’s Sports Club came to visit them. The Christmas Tradition charity event this time turned out to be unusual. 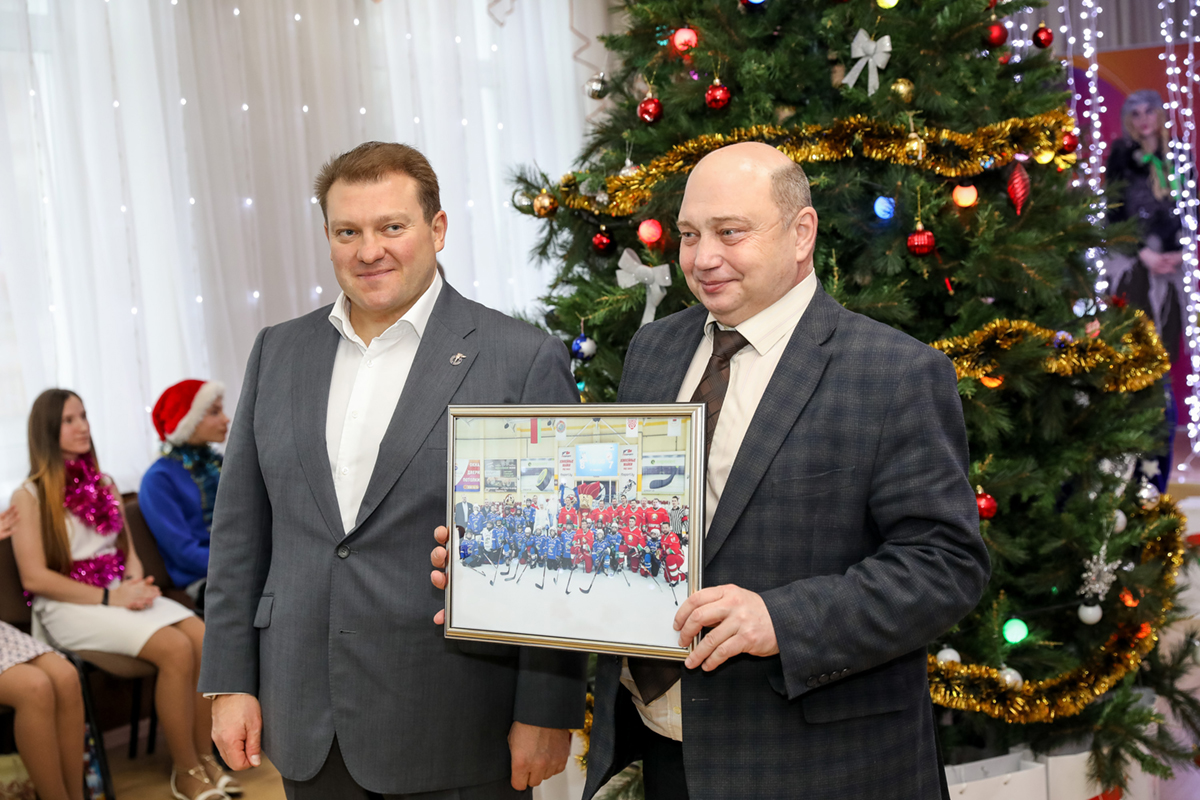 Acquaintance of the pupils of the school with the guests took place... on the ice arena of the Molodechno Sports and Entertainment Centre. The Vileyskiya Shchupaki team, almost entirely made up of children from the boarding school, played a match against the players of the President’s hockey team. The game was very close. After the first half of the game, the guys from Vileika won with a score of 5:3. In the second, they allowed the professionals to close the gap in the score, but still won — 8:7. Gleb Varivoda, captain of the Vileyskiya Shchupaki, said, “I’ve been playing hockey for two years. 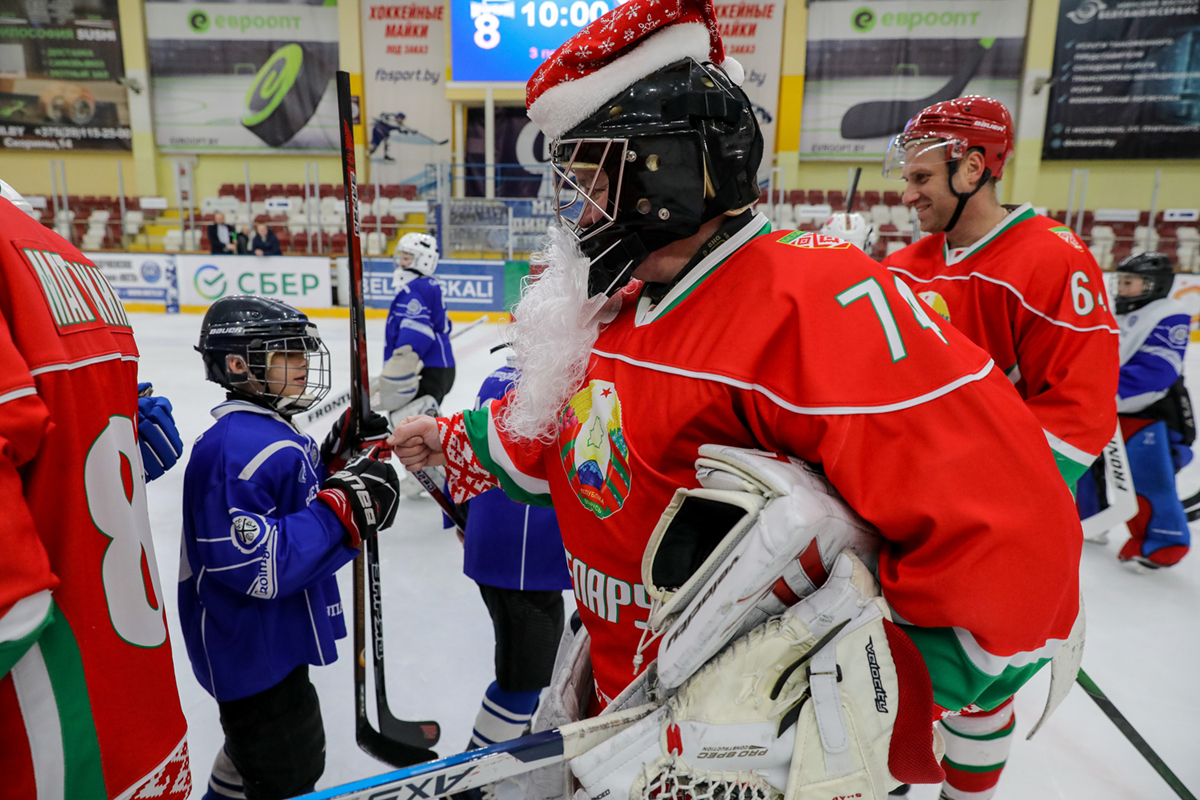 Of course, I really wanted to meet such famous players, to compete with them on the ice. This year I received many gifts, but the game with professional players is the most unexpected of all! I dreamed about it, but did not think that I could ever play with them.”
The players of the President’s team did not hide: in this game, the emotions that the children received were much more important than the result on the scoreboard.
“It was cool!” summed up Maksim Shimansky. “And it is important for children — they got experience and a lot of positive emotions. Is it a shame to lose? This is a sport. Both teams tried to achieve the best result, but it turned out the way it turned out. We hope that we will win back if the tradition continues next year!”
After the end of the match, all the participants went to the boarding school, where they were greeted by hot tea with freshly baked buns, and, of course, a New Year’s performance. Ded Moroz (Father Frost) and Snegurochka (Snow Maiden), Baba Yaga and other characters brought the fairy tale to both the children in the boarding school and their guests. Together they danced in circles, lit a Christmas tree; everything turned out to be warm and very sincere. 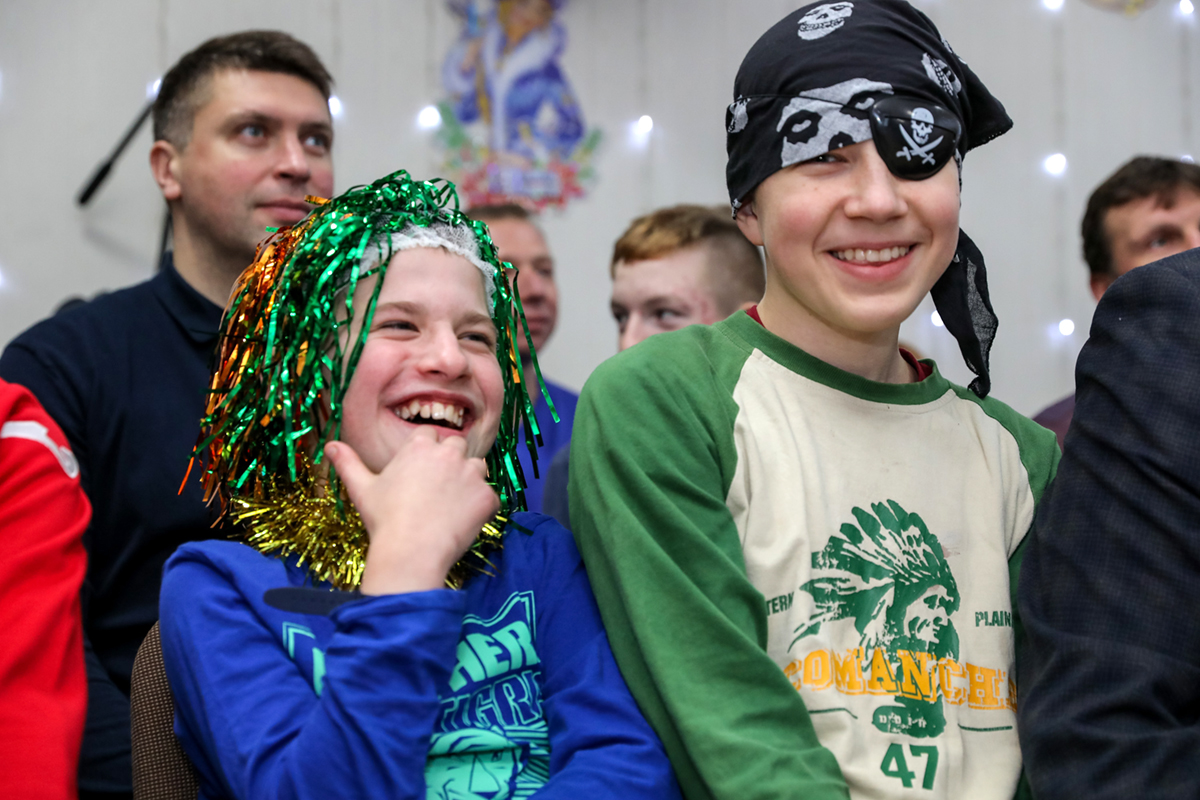 “The Christmas Tradition is one of the touching projects of the President’s Sports Club,” said Dmitry Lukashenko, Chairman of the Central Council of the President’s Sports Club Republican State-Public Association. “This year it celebrates its tenth anniversary. Vileika boarding school was not chosen spontaneously this year. Firstly, children play hockey here, and they dreamed of going on the ice and playing with outstanding hockey players. Secondly, the children are also involved in other sports: canoeing, cycling.”
In fact, much attention is paid to physical education and sports in the Vileika Specialised Boarding School. Right now, this institution has 127 children with special psychophysical development, including speech impairments and learning difficulties, brought up here. 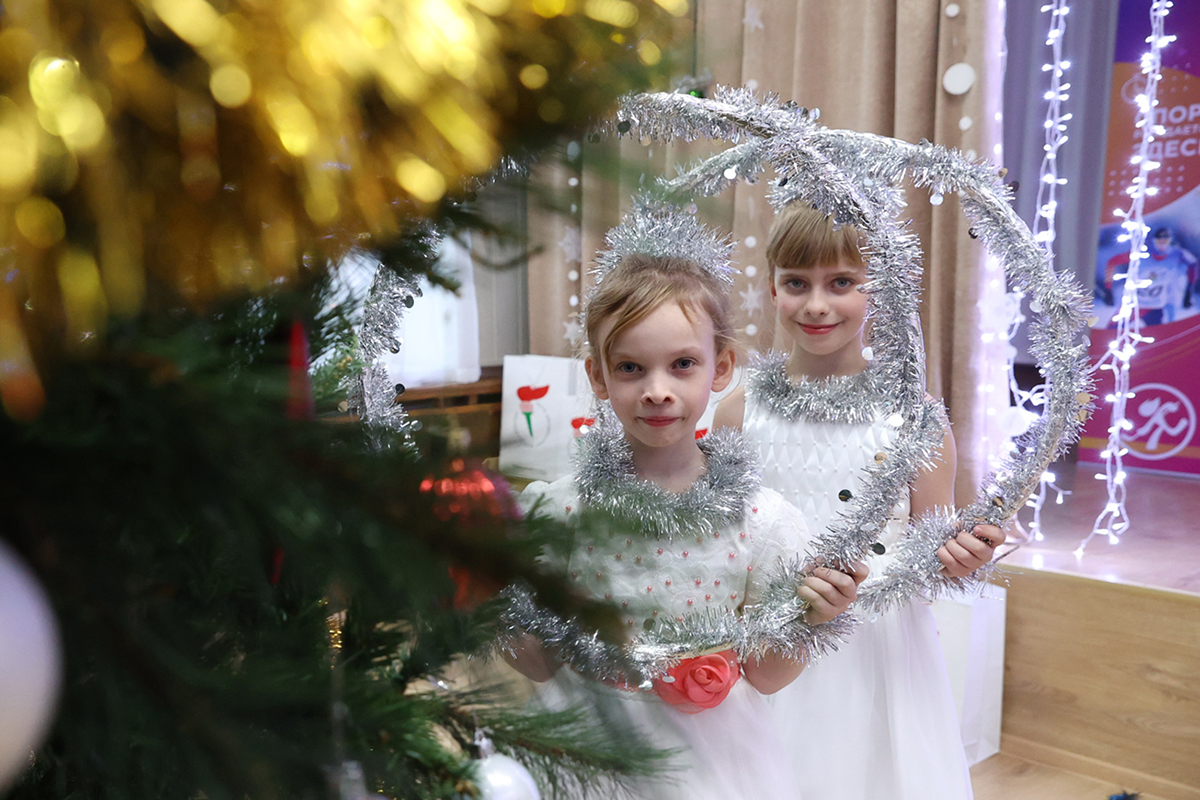 “These are children who need special education and special correctional assistance,” says the school director Vladimir Borisov. “We pay great attention to extracurricular activities: since we have a lot of boys, the physical education, health and tourism are especially popular. Last year, for example, our hockey team took first place in the Golden Puck regional competitions and the fourth at the republican level. In addition, we go hiking and cycling, canoeing, so the gifts given to the children by the guests will be a great help for further activities.”
There were many gifts. Vileyskiya Shchupaki were presented with new clubs. The President’s team, having learned that the pupils of the boarding school love cycling, brought them 30 brand new mountain bicycles. The President’s Sports Club donated Br30,000 to the institution, and all pupils received a variety of gifts — Lego constructors, board games, fitness bracelets, headphones and more. The Director of the school told what they are planning to spend the funds on,“There are many ideas. We have devices for physical exercises and playgrounds on site, but there are not many of them. If we acquire not individual elements, but a whole playground, it will be very useful for children — it will be used for correctional work. And, of course, the children will feel joy, spending their free time on it.” 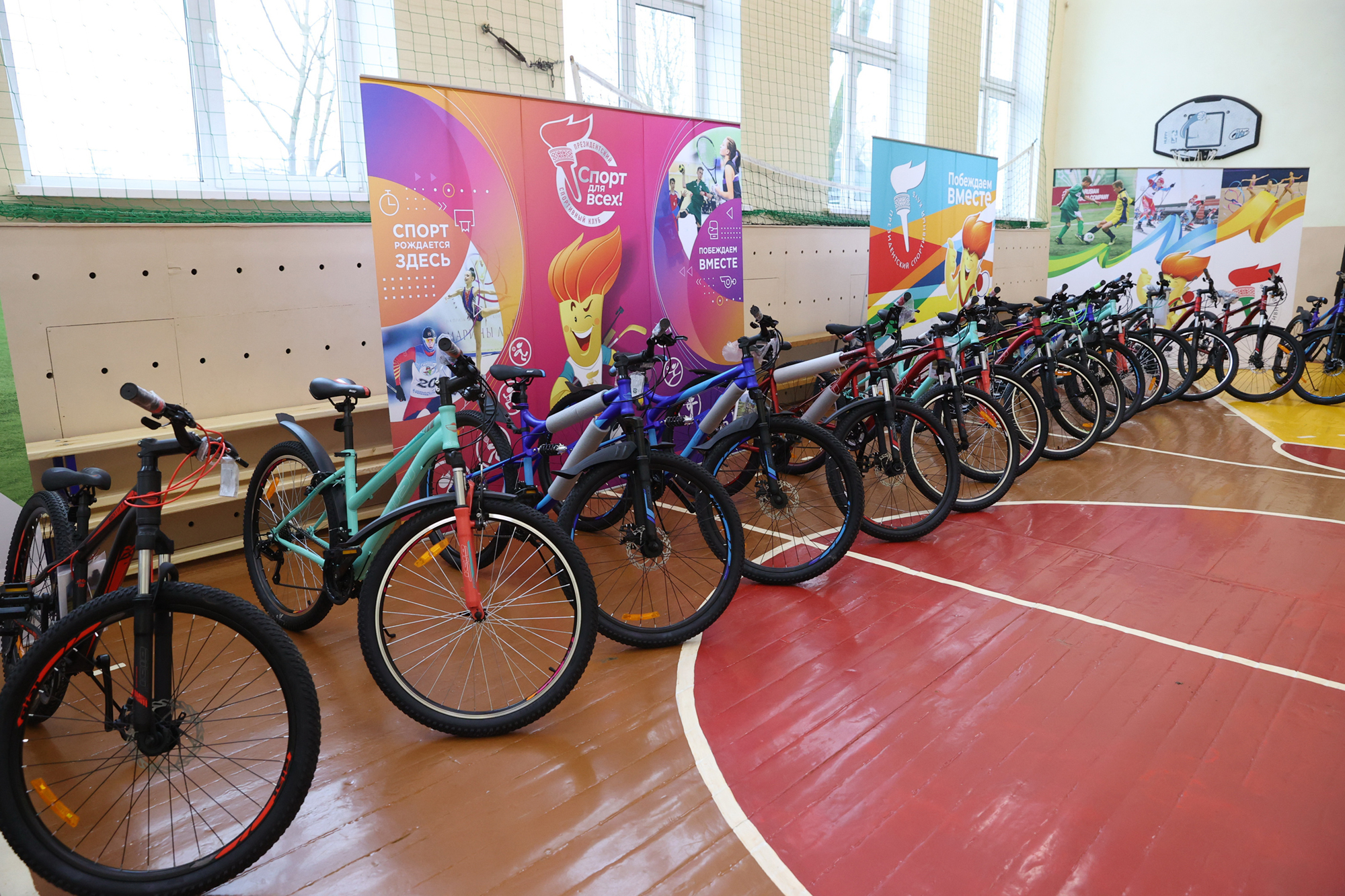