Belarus’ Foreign Minister, Vladimir Makei, has taken part in the first Ministerial Meeting of the Group of Friends in Defence of the UN Charter – as informed by the Foreign Ministry’s press service 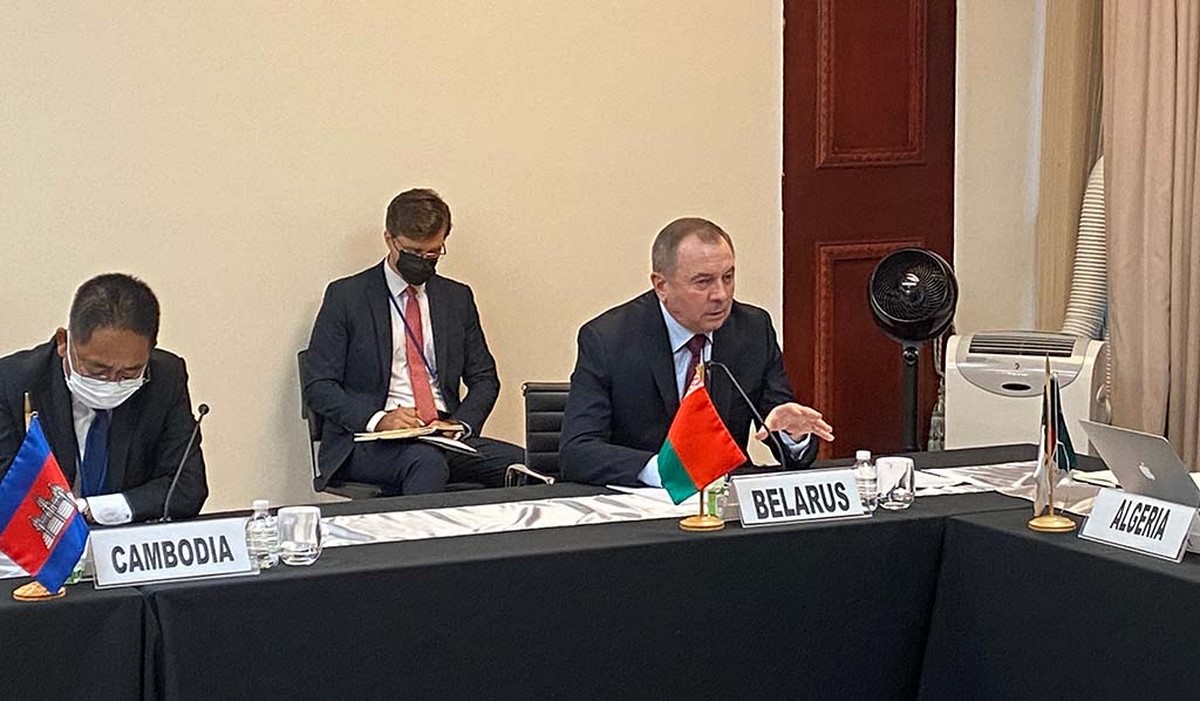 During the meeting, Mr. Makei stressed the importance of the member states’ adherence to the principles and goals of the UN Charter – a fundamental document aimed to promote universal peace and security, resolve international conflicts and ensure sustainable development. The Foreign Minister spoke of the need to jointly counter unilateral coercive measures, which today pose a threat not only to the participating countries’ sustainable development but also their sovereignty. Mr. Makei stressed that Belarus consistently opposes the practice of using unilateral coercive measures as an instrument of foreign policy and calls on the world community to eradicate them unconditionally in accordance with the principles of international law. 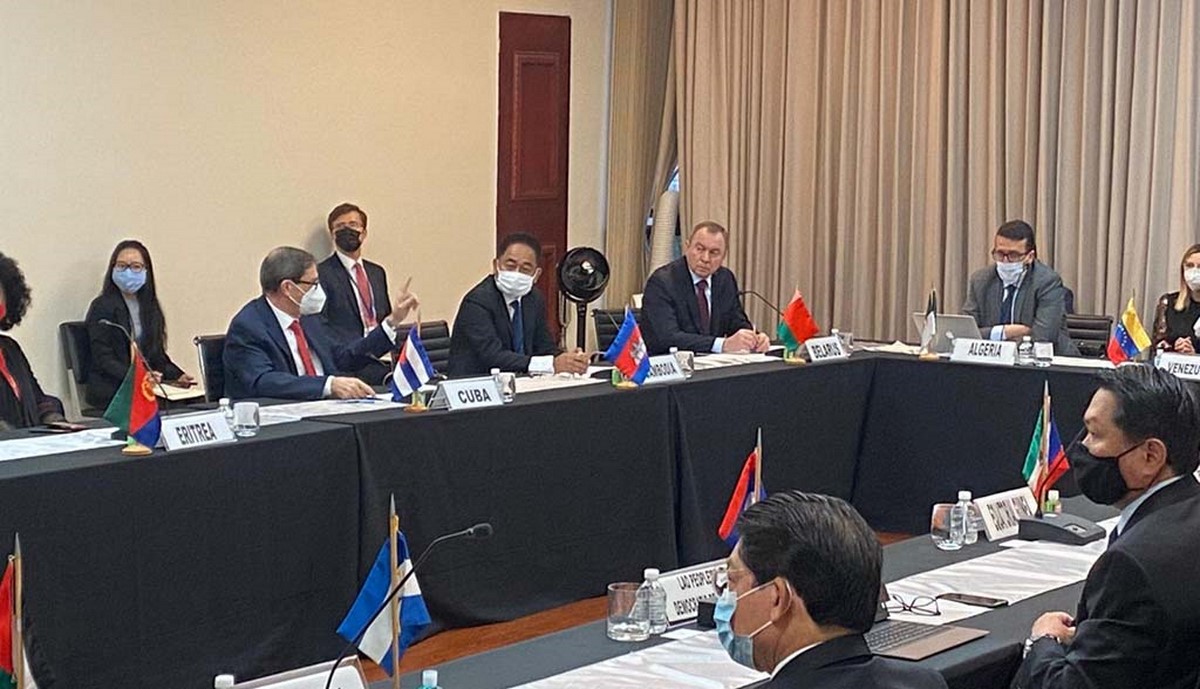 A joint political declaration was adopted aimed at intensifying multilateral efforts to promote the goals and principles enshrined in the UN Charter. 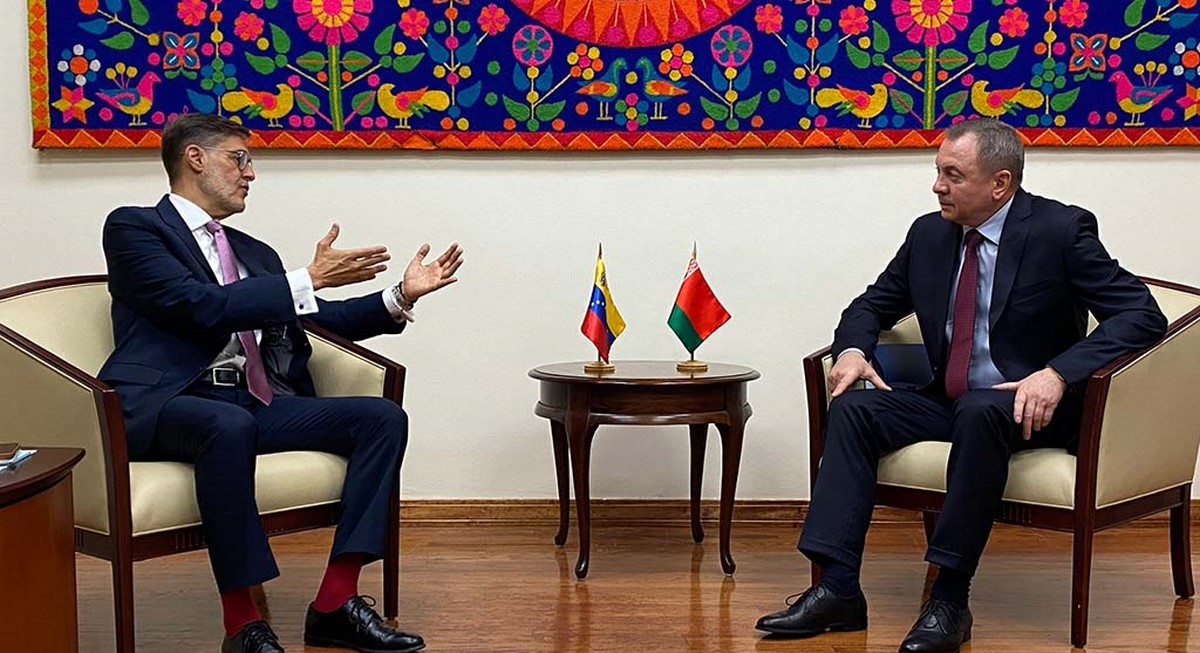 During his meeting with the Minister of Foreign Affairs of the Bolivarian Republic of Venezuela, Felix Plasencia, the sides stressed the need to intensify a comprehensive interstate dialogue and enhance co-operation in trade and the economy. The issues of organising a visit to Belarus by the Special Envoy of the President of Venezuela to meet Belarusian partners and discuss a range of areas of bilateral co-operation were discussed.

The ministers recognised the coincidence of positions on all issues on the international agenda and agreed on close co-ordination of actions within the framework of multilateral efforts aimed at protecting national interests and sovereignty of the UN member states. 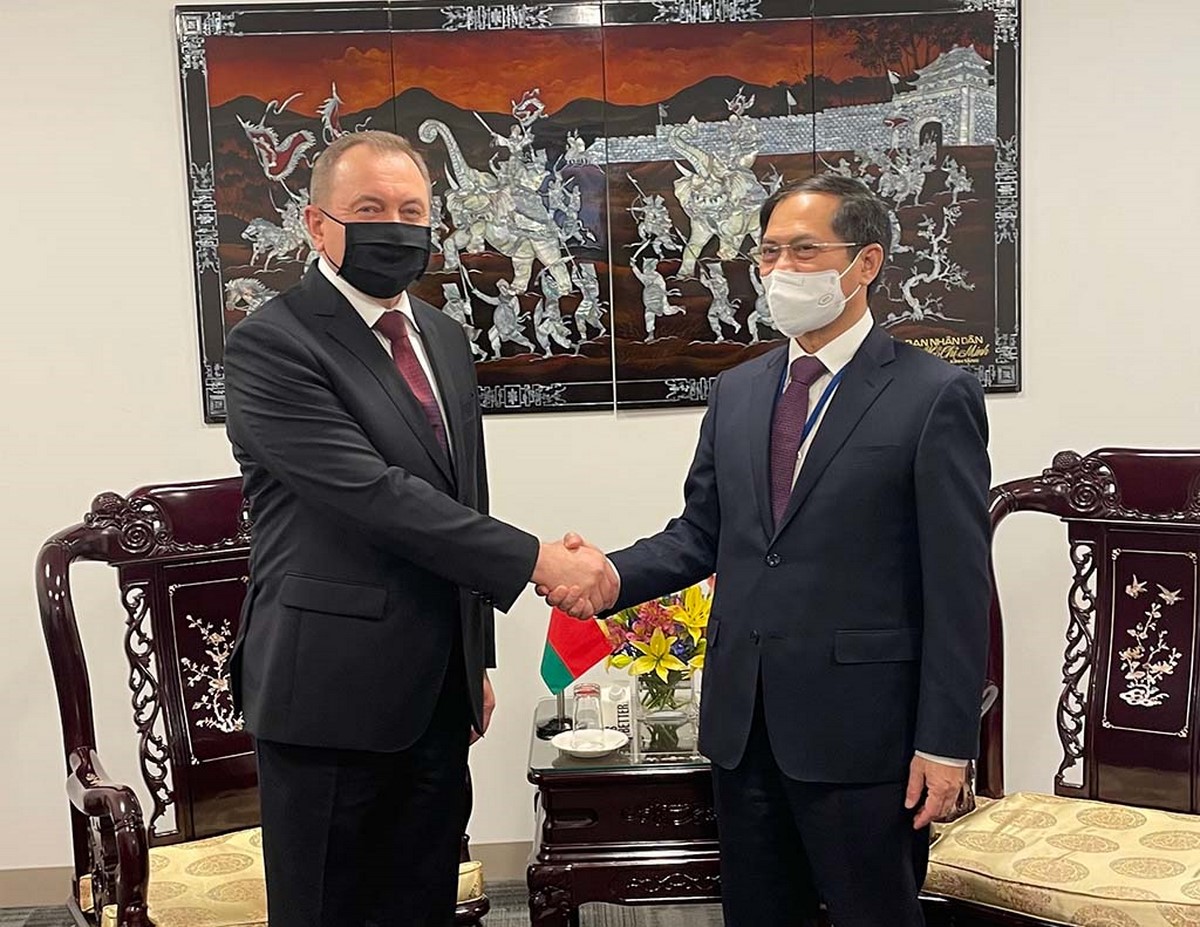 On meeting the Minister of Foreign Affairs of the Socialist Republic of Vietnam, Bui Thanh Son, Mr. Makei stressed the importance of resuming personal contacts at the highest and high levels which were temporarily interrupted due to the pandemic. Special attention was paid to the prospects of development of Belarusian-Vietnamese trade and economic co-operation, including the increase in supplies of Belarusian trucks and establishment of joint ventures.

The Vietnamese Minister confirmed his interest in using the potential of the signed Free Trade Agreement between the EAEU member states and Vietnam to promote Vietnamese products to the Eurasian market.

The officials agreed that the planned opening of the Consulate General of Belarus in Ho Chi Minh City will further contribute to strengthening the two states’ dialogue in all spheres. They also discussed the issues of interaction between Belarus and Vietnam within international organisations, including their mutual support in elections to the UN bodies. 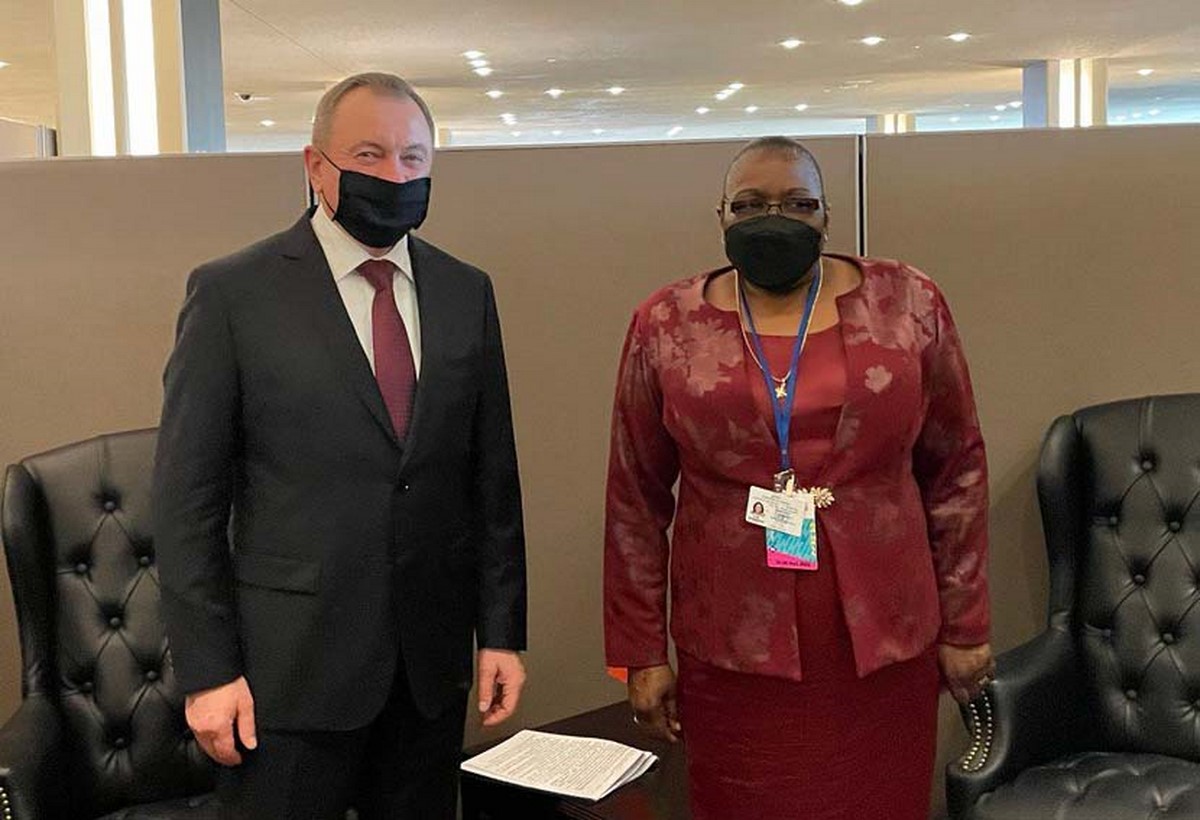 Mr. Makei also met with Veronica Makamo Dlovo, the Minister of Foreign Affairs and Co-operation of the Republic of Mozambique, to appreciate recent intensification of political contacts and discuss the prospects of trade and economic co-operation. The sides noted the importance of mutual support in international organisations and also agreed to take a number of concrete steps on the bilateral and international levels. 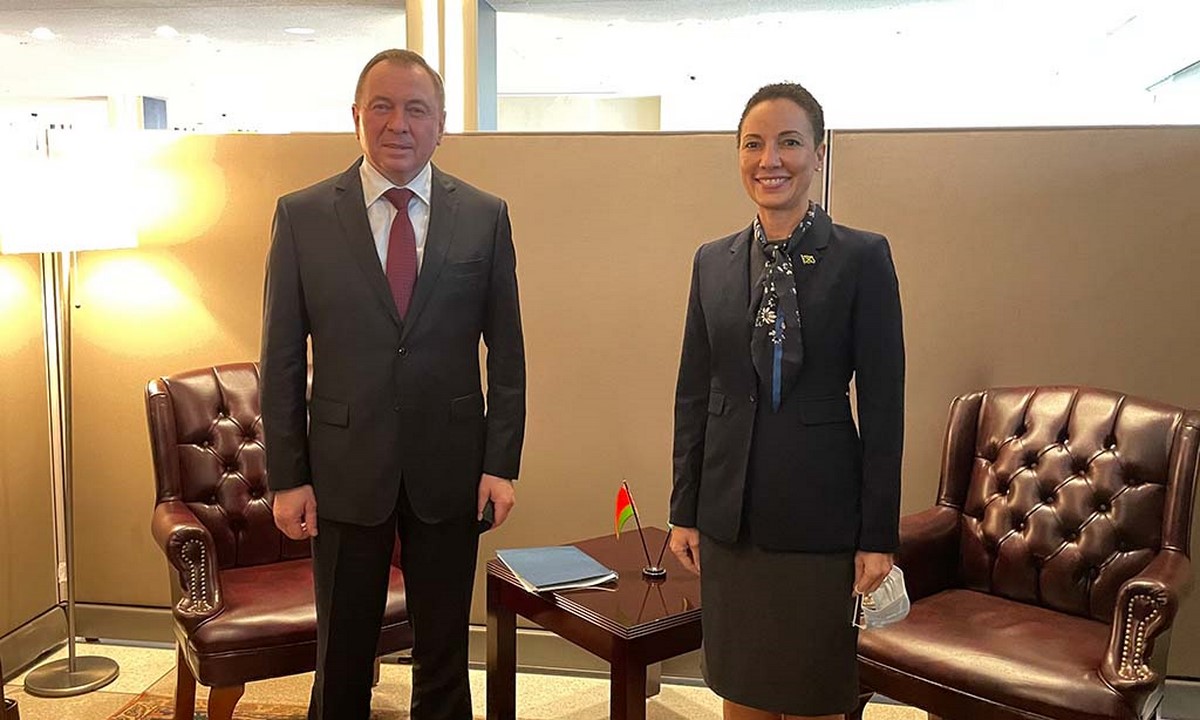 Following an initiative of the Jamaican side, a meeting was held with the Minister of Foreign Affairs and Foreign Trade of Jamaica, Kamina Johnson Smith. The sides discussed priority areas of co-operation within the UN, while agreeing on mutual support in elections to the UN structures. 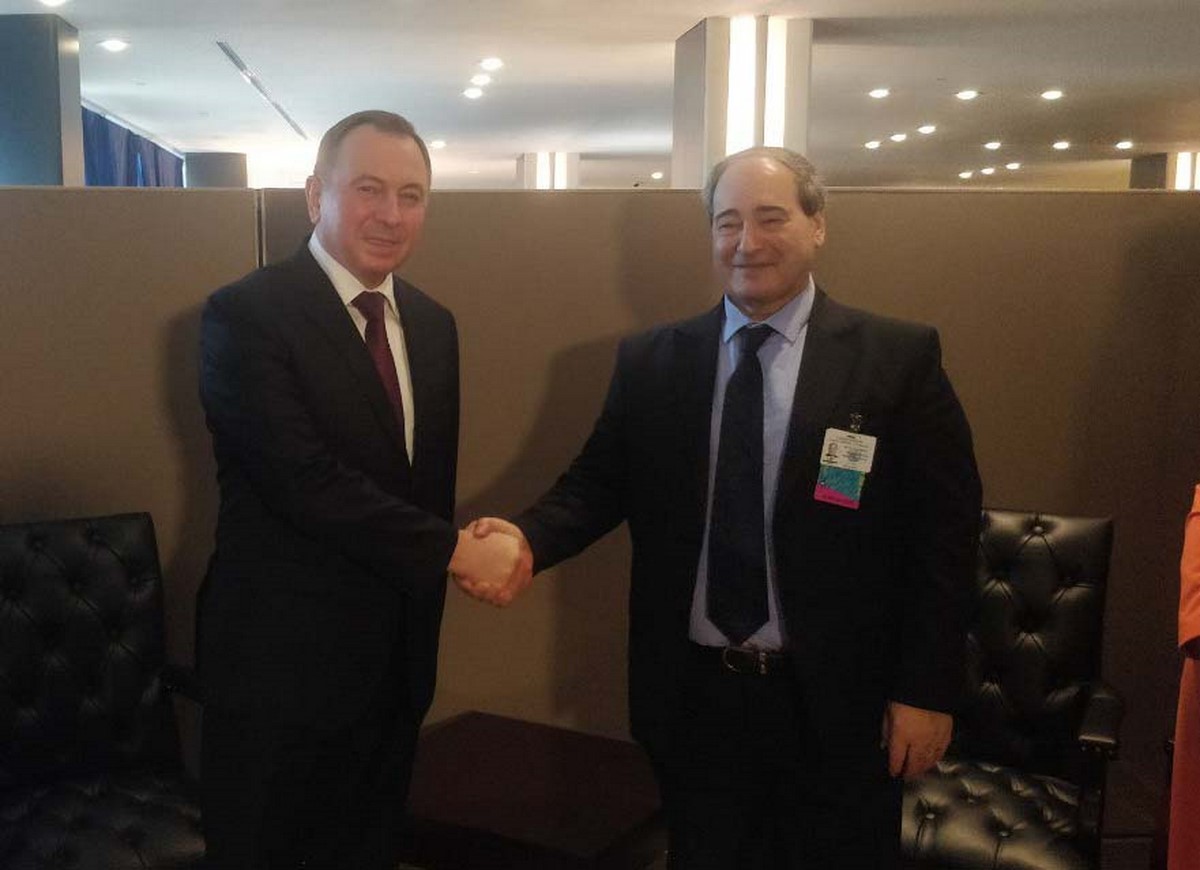 A meeting with the Minister of Foreign Affairs of Syria, Faisal Mekdad, tackled some issues on the international agenda. The sides exchanged views on development of the internal political situation in Belarus and Syria and also discussed the possibility of holding a regular meeting of the Joint Belarusian-Syrian Commission on Trade, Economic and Technical Co-operation in the near future and organisation of high-level visits. Mr. Mekdad expressed gratitude to Belarus for welcoming Syrian children for rehabilitation and rendering humanitarian assistance to Syria on a regular basis. 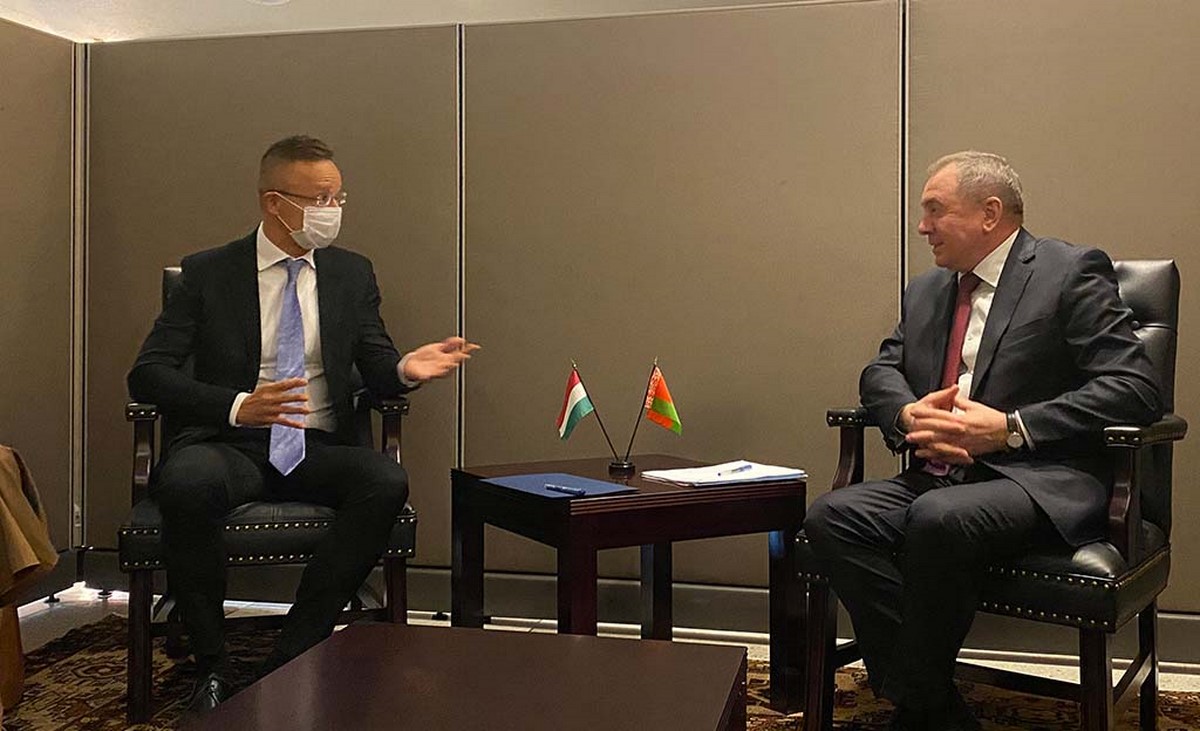 During Mr. Makei’s meaningful meeting with the Minister of Foreign Affairs and Trade of Hungary, Peter Szijjarto, the sides exchanged views on topical issues on the international agenda and prospects for deepening bilateral co-operation.

Vladimir Makei took part in the UN Food Systems Summit. He noted an important role of sustainable food systems in the implementation of the 2030 Agenda of Sustainable Development, as well as Belarus' contribution to ensuring global food security.

The Foreign Minister stressed that unilateral sectoral sanctions against the major exporting countries of vital raw materials used in agriculture, including potash fertilisers, pose a direct threat to food security – putting the population of vulnerable countries on the verge of starvation. It was stressed that such actions go against the declared concern for people by many western states. Mr. Makei urged to abandon the use of sanctions that contradict the UN Charter provisions and resolutions of the UN General Assembly.