The main question raised by the Belarusian leader: what is the return on the government sports funding, “I just want, as a pragmatic person, to hear the answer to the main question: we did everything to help the athletes train well and perform decently. We created the necessary conditions. And it cost our state a lot. What is the result?”
“In recent years our athletes have had to train and compete in various tournaments under unprecedented pressure on the entire Belarusian sport, the National Olympic Committee, sports organisations, athletes and coaches,” Belarusian Sport and Tourism Minister Sergei Kovalchuk started his report. 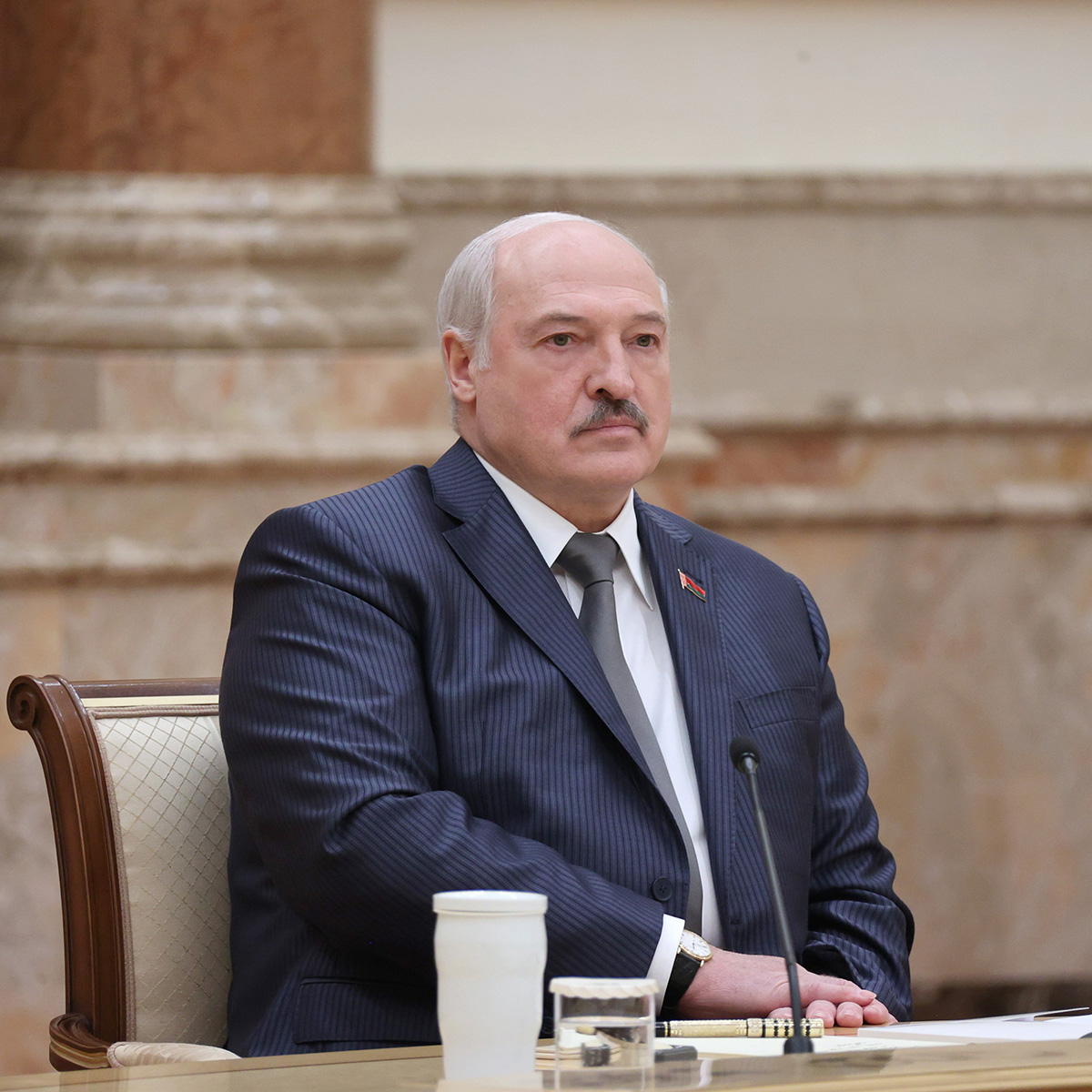 The President objected, “Any action is met by counteraction. There is no point lamenting about pressure. Everyone is putting pressure, everyone is under pressure. It is not the point. Athletes and the military know this: pressure breeds counter-pressure.”
The Head of State believes that pressure is even good, “You perform better when under pressure.”
The Sport and Tourism Minister admitted that the athletes had a debt to the country and people for these unsuccessful performances at the Olympic Games, “The potential of our athletes, of course, is not realised. They could do much better. Two medals are, of course, not the result that we should have expected. A minimum of 5, a maximum of 10 — this is what we should have counted on and what goals we should set for ourselves.”
According to him, an analysis of the results of the performance was carried out after the Olympics. The leadership of some federations have been revised, work is underway to redistribute foundation boards, many federations have been headed by new leaders, but not new people in sports, all state financial flows have been taken under strict control.
The minister emphasised that today sport is a big politics. The world is changing very fast, “Amidst hostility and outright speculations we, in collaboration with our partners, are working on holding alternative international sporting events. Given that most of the partner countries are members of the CIS, the Shanghai Cooperation Organisation, we and our Russian counterparts have begun to work on bringing such countries as China, India, Pakistan, Mongolia and others to participate in these sporting events.”
The minister believes invitations might also be sent to friendly nations of South America as well. It is also possible to arrange games of the BRICS countries (Brazil, Russia, India, China and the Republic of South Africa).
The second CIS Games, which will be held in Belarus in 2023, will become an example of such events. According to Sergei Kovalchuk, there are proposals to hold this event annually. 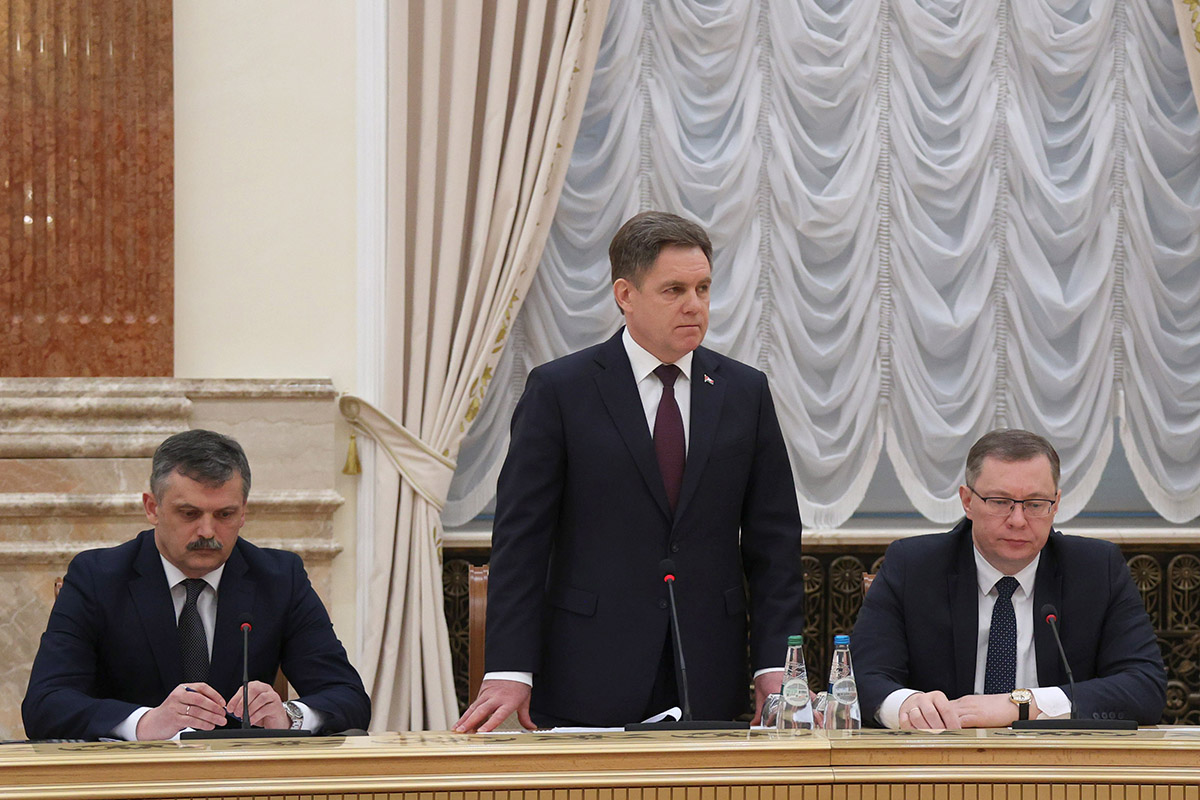 The President demanded to ensure dynamics in the development of sports, “Where is positive dynamics, where is progress? That is what I need! As an economist, I understand: today we have such a situation, but tomorrow we will move forward.”
Aleksandr Lukashenko stated that there is a downward trend in the number of medals won at the previous Winter Olympic Games, “We invested a huge amount of money. And people want to see their sport heroes.”
The President voiced a number of complaints about performance in some sports, “Our hockey is a total shame! There were three indoor ice rinks, now there are 44 of them. What has changed? Your hockey performance has deteriorated tremendously. Remember, football and hockey are our national sports.”
Aleksandr Gagiyev, chief de mission of the Belarusian Olympic team to the Winter Olympic Games in Beijing, Director of the Winter Sports Centre Raubichi said at the meeting that there were a good working climate during the Games, everyone was tuned to the maximum result. It is true that the tasks were not completed in full: due to problems with logistics, some teams did not have enough time to study the sports grounds where the competitions were held, others were not ready for difficult weather conditions, and others did not have enough rest before the Olympics. However, he assured that there were no ‘tourists’ at the Olympics.
During the conference the head coach of the Belarusian national skating team Sergei Minin informed those present about results of participation of Belarusian athletes in the Winter Olympics in Beijing. Skating sport made a decent step forward in Belarus in the last few years. The number of athletes in the national team increased primarily thanks to the emergence of a modern skating stadium in Minsk. High results were achieved at international competitions, however, no medals were won during the Olympics. By the way, the Belarusian skating team is one of the world’s youngest.
The President emphasised that sufficient conditions have already been enabled for the development of skating sport in Belarus. It is necessary to first and foremost work out methods to select and train promising athletes at the regional level and then get them involved in the training process at well-developed facilities in Minsk.
The Head of State urged to effectively use the existing opportunities and shape the training process in a way to allow the most promising athletes to skate in Minsk, “Don’t count on the construction of a skating stadium soon. Take roller skis and start working with the people. You need methods and physical training.” 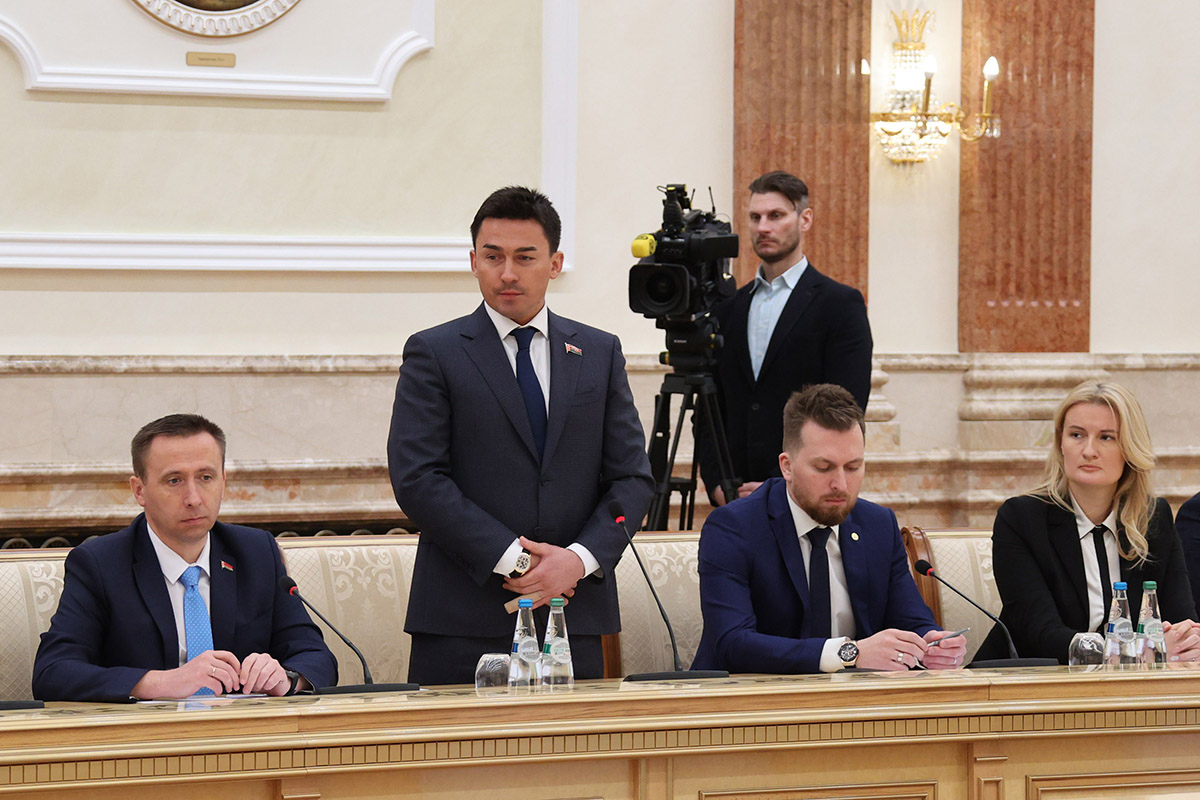 The President orders large-scale stocktaking of Belarusian sport. The Head of State noted that three people are in charge of sport in the country. These are the deputy prime minister, the sports minister and the president of the National Olympic Committee. In addition, certain duties have been vested with member of the Council of the Republic Dmitry Baskov.
“If you want to work, then get together, take stock of all things not only in winter sports, get rid of slackers. Sort things out. I’m not going to wait till the next Olympics,” the President demanded.
The performance of the Belarusian team at the Beijing Olympics was worthless, “There is only one conclusion: this state of affairs can no longer be tolerated. The state needs the result.”
Aleksandr Lukashenko also urged to actively go to international courts in the events of pressure on Belarusian athletes and their non-admission to competitions,
“In fact, you should be lamenting and ringing all the bells everywhere, including in international courts. Go to the international court, make a statement, and show the athletes that you are ready to defend them. Instead, you are waiting for some kind of instructions. Let these Bachs (IOC President Thomas Bach) and others provide excuses.”
The President also added, “Everyone should understand that money must be earned. When there is a result, there is money. But, I would like to repeat, every athlete should be a patriot. Come on, men, roll up your sleeves and get down to work! That’s all there is to it.”
Aleksandr Lukashenko also drew attention to the very intense situation in Europe,
“It may catch fire at any time. This is why in this situation every one of us should concentrate and produce results.”
The Head of State also gave his take on the Ukrainians who engaged in espionage in Belarus using a diplomatic cover, “There are plenty of them, international spies. A bunch, even in our Ukraine over there. We identified 12 of them. They could just come here and see things. Instead, they chose to engage in espionage and do harm to Belarus. We have kicked them out, these Ukrainian official-cover operatives who used a diplomatic cover.”