Belarusian Republican Youth Union summed up results of the Restoration of Belarusian Shrines: History and Faith That Unite Us campaign 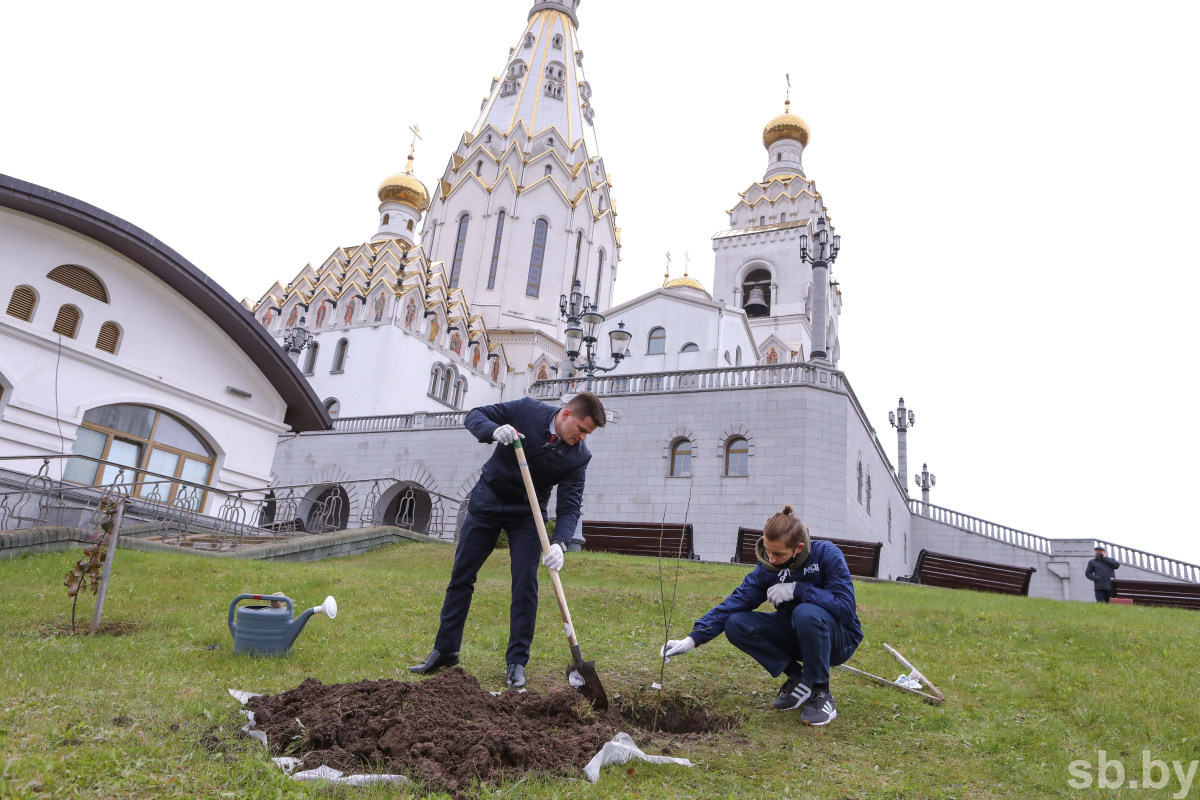 On the Feast of the Protection of the Most Holy Theotokos and Mother's Day, volunteers of the Belarusian Republican Youth Union planted apple saplings on the territory of the Memorial Church of All Saints and Innocent Victims Who Fell to Rescue Our Motherland. Active young people also restored the drawing on a bench which was placed there three years ago during the Time of Good campaign. 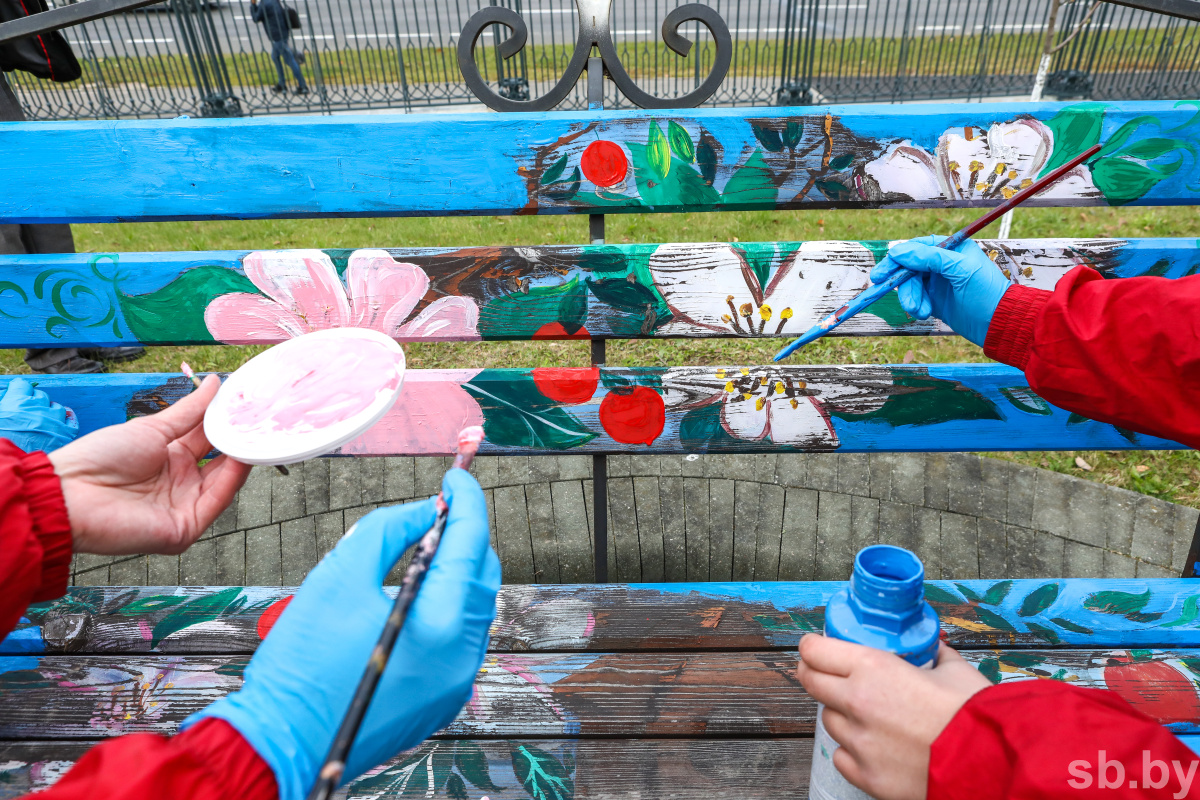 The First Secretary of the Central Committee of the Belarusian Republican Youth Union, Aleksandr Lukyanov, was among those taking part in the campaign. “By helping to restore and beautify the territory of such holy places, we are making a contribution to our future. It is important to preserve traditions and faith in God. After all, faith and spirituality are vital for formation of a person’s morale. All tragic situations occur, among other things, due to the lack of such education. Young people who work on the territory of the church and communicate with the clergy are taught the right values,” he said. 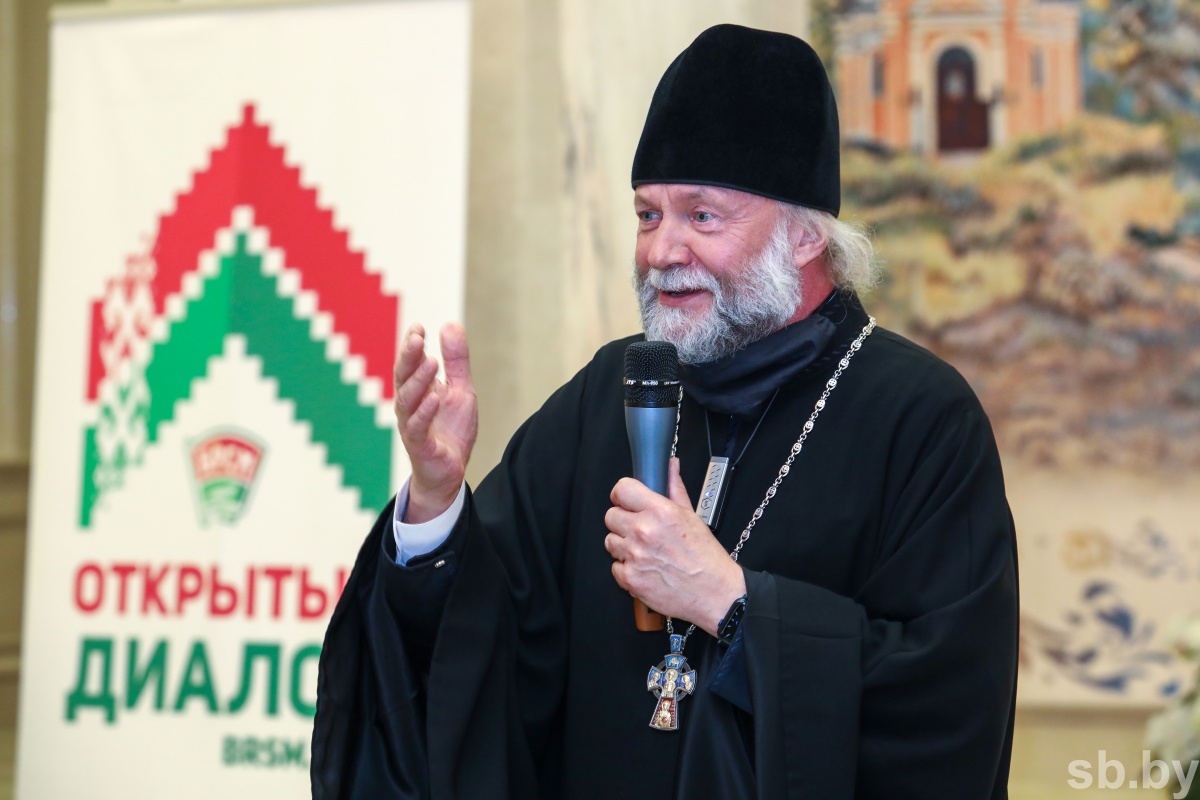 After the work was completed, young people joined the History and Faith Unite Us interconfessional dialogue. Archpriest Fiodor Povny welcomed them with a warm speech, “We do not seek to have any influence on the youth. Our task is simple and clear: to show our faith, the life of our church, and interfaith relations. If there is peace in our souls, then this peace will spread further to the outside world. If there is hell inside – no matter how we cover it with an external gloss – it will spill out. Therefore, it is important for young people to understand that there are places where they can not only work hard but also enrich themselves spiritually.” 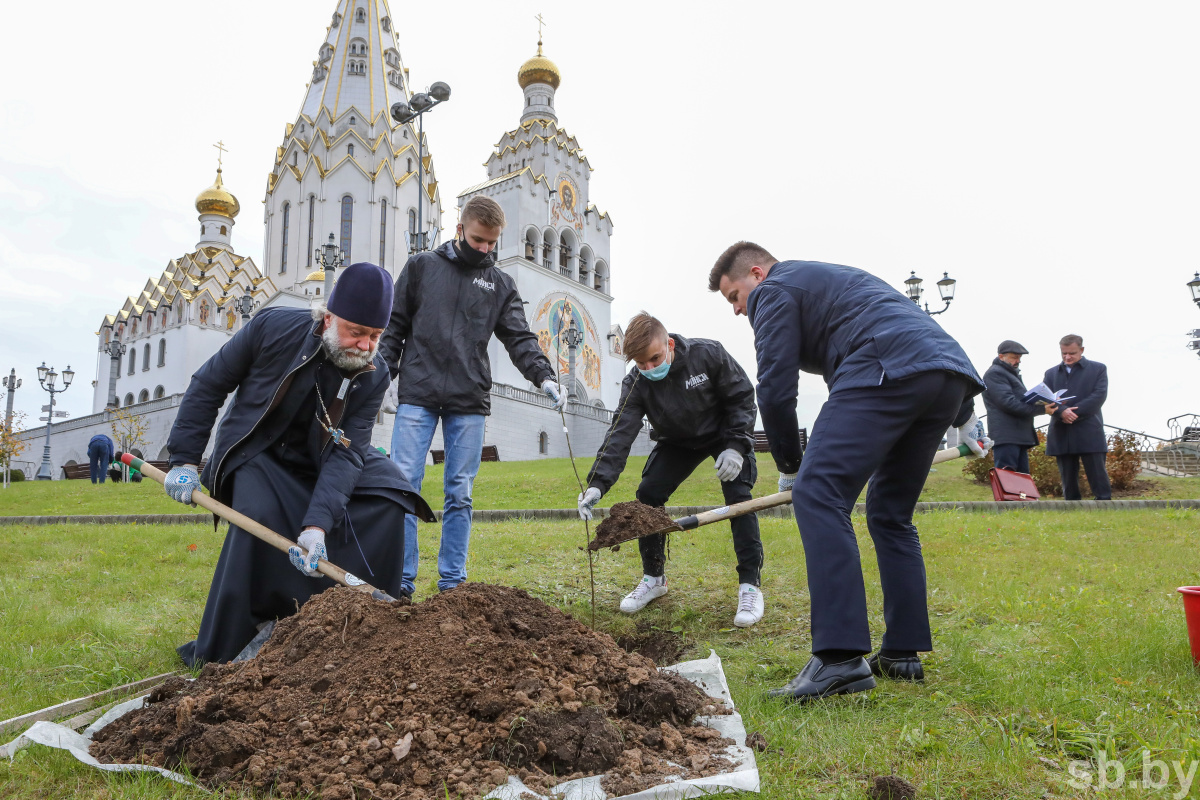 In the National Unity Year, the Republican Restoration of Belarusian Shrine campaign has been organised under the History and Faith That Unite Us slogan. Volunteers of the Belarusian Republican Youth Union’s Kind Heart movement have joined representatives of different confessions to landscape 341 shrines: Roman Catholic and Orthodox churches, springs, monuments and obelisks. 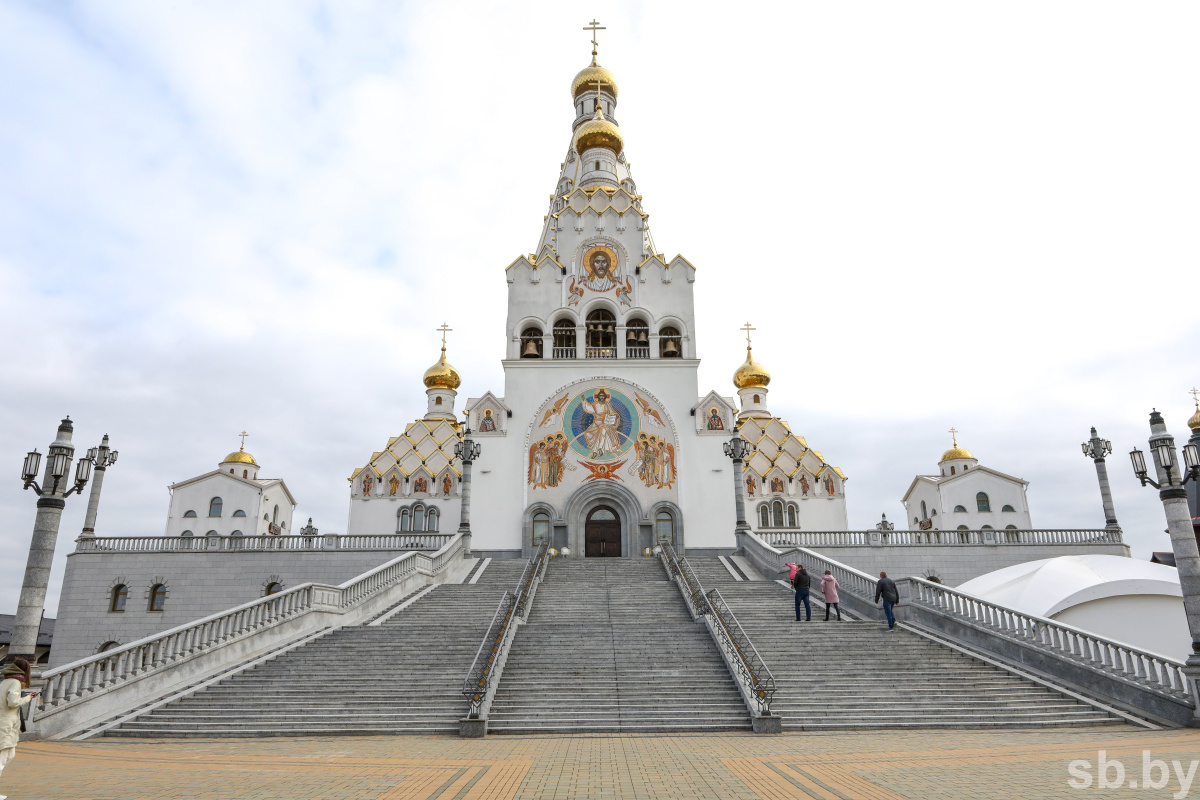