Everyone can contribute to the real state-building of Belarus 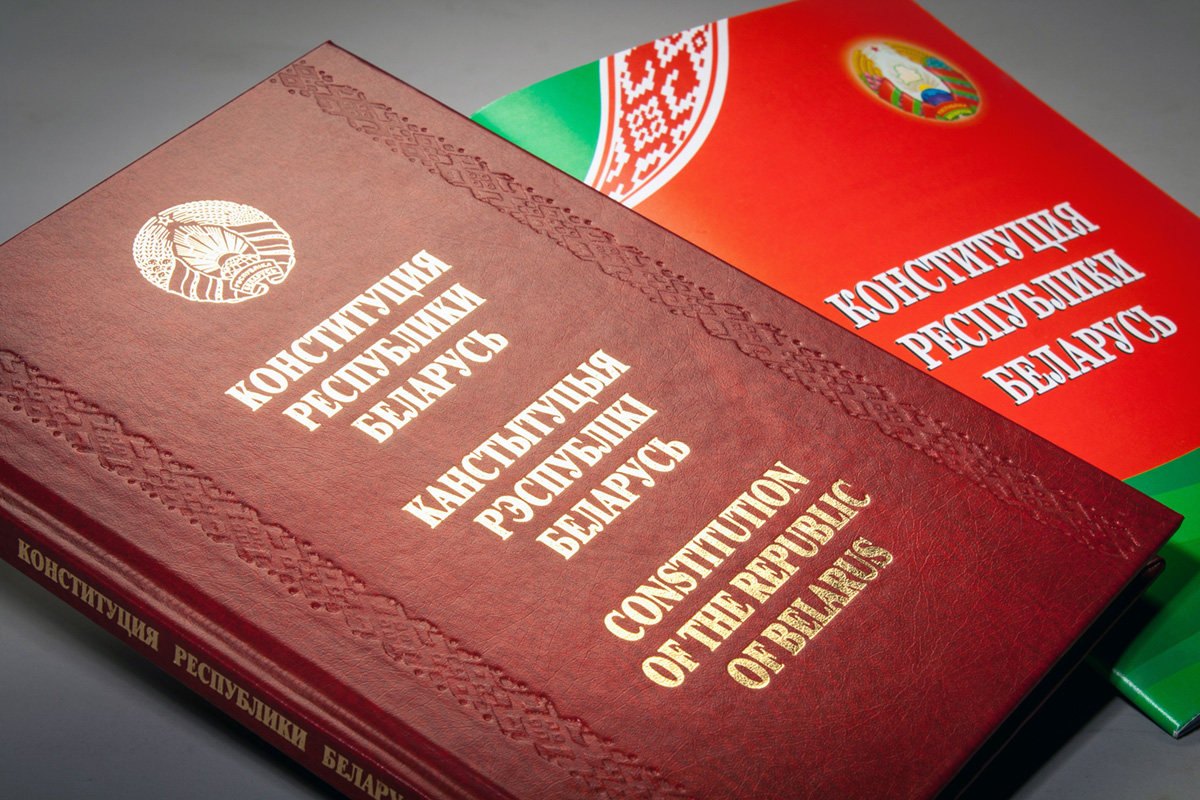 The draft amendments and additions to the Constitution, published on the National Legal Internet Portal for nationwide discussion, instantly attracted the attention of both legislators and experts. Together with the text of the draft itself, we offer you some opinions.


Recently, the draft amendments and additions to the Constitution for national discussion were published in the country’s leading print media. As the Head of the Belarus President Administration, Igor Sergeyenko, told reporters the day before, the draft document had previously been posted on the President’s website, the Internet portal of the National Centre for Legal Information, BelTA, “So that our people, citizens of our country, could familiarise themselves with the amendments and present their proposals.

The proposals will be accepted by any government agency in our country, as well as by the President Administration, and the Government, Parliament, regional executive committees...”

The Head of the Belarus President Administration specified that the National Centre for Legal Information will be engaged in generalising all incoming proposals in real time and with daily analysis, and will subsequently prepare the most striking proposals in
a generalised form.
‘These will be the opinions of experts, as well as of ordinary citizens, people who are not indifferent to the fate of our country’, BelTA News Agency quotes Igor Sergeyenko.
The Head of the President Administration specifically noted that the amendments and additions to the Constitution did not appear out of nowhere, but were prepared taking into account the evolving situation, the dictates of the times, new challenges and threats, “Taking into account, again, the proposals of citizens, which were voiced at the dialogue platforms, in the expert environment.”
According to him, the project maintains continuity with the current Constitution of Belarus, despite the fact that, to one degree or another, certain changes have occurred in all sections. The draft amendments and additions to the Basic Law retained a social orientation. Igor Sergeyenko underlined that,

“Our Belarusian state will continue to develop as a unitary, democratic, social, legal one.”

When listing some changes and novels of the published project, the Head of the Belarus President Administration focused on the issues of preserving the historical memory and heroic deed of the Belarusian people during the war and in subsequent periods. Such social institutions as family and marriage are being further developed, provisions and guarantees regarding caring for elderly citizens, disabled people have been updated, provisions on youth have been added to a separate article.


In addition, certain changes have affected the political system of the Belarusian society, the electoral system, as well as the activities of the Constitutional Court. Naturally, much attention is paid to issues related to the Belarusian People’s Congress, which is given constitutional status.
“This is a new body. It was necessary to specify in more detail, to spell out the powers, the requirements, as well as how this body is formed,” said Igor Sergeyenko.
He noted that in the draft Constitution all issues are reflected in a concentrated form, and in the future, certain amendments and additions will be reflected and developed in other legislative acts. The draft document also contains transitional provisions, which, among other things, regulate how changes will take place in the elements of the political system, if the updated Constitution is adopted. 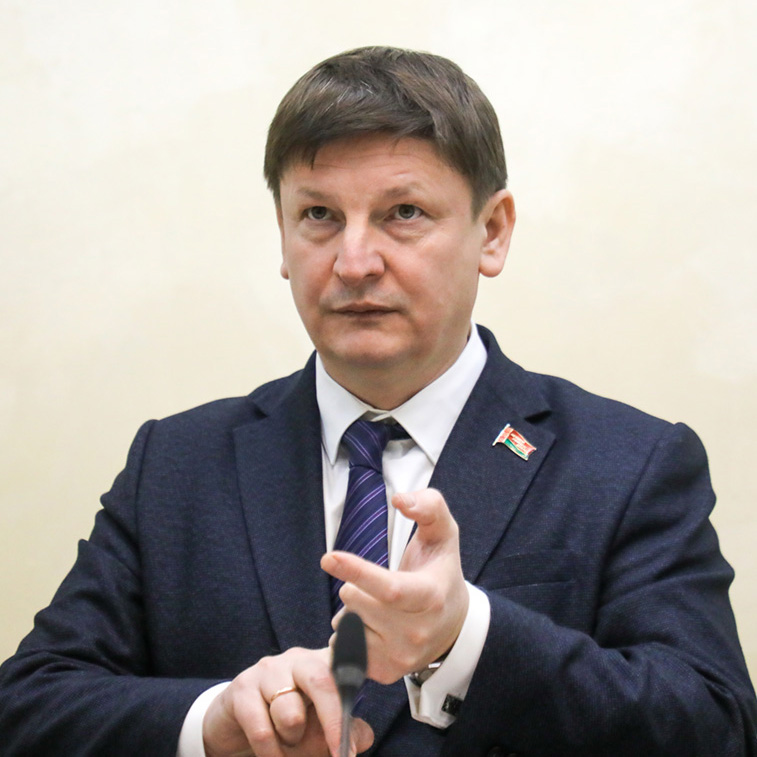 
Igor Marzalyuk, Chairman of the Standing Commission on Education, Culture and Science at the House of Representatives, corresponding member of the National Academy of Sciences, Doctor of Historical Sciences, PhD:
The authorities are demonstrating their readiness to change, their readiness for further political mobilisation and, in a positive sense, for changes throughout the country. Belarus demonstrates that it was, is and will remain a dynamic organism, the political power of which clearly responds to the demands of the constructive part of society.
Let me remind you once again that the issue of upgrading the political system to improve the constitutional process had been discussed long before all those dramatic events took place in Belarus in 2020. And first of all, this conversation took place at the initiative of the President. Now this initiative has been implemented, and there is a fundamental opportunity for everyone who wants to see a country independent and sovereign, with a national, historical, cultural tradition, to vote for these changes.
Read, compare, and you will see that this is the Constitution, which opens an even wider window of opportunities for those who think in national categories, for those who love their country and want to improve it even more. The amendments to the draft Constitution are aimed precisely at en-suring that every citizen of the country who can and wants to reform the political system, take an active part in building the state and nation, could have such an opportunity.
The new draft Constitution is democratic, open, and takes into account all the important points on which the current government was criticised by its most constructive opponents. Therefore, I would like to repeat one old Polish slogan that I saw in Warsaw in the 90s before their upcoming elections: ‘Nie bądź durny idź do urny!’ That is, don’t be stupid, come to the ballot box, vote for your future, improve your country.
Anyone who believes that their homeland is here should take part in a constitutional referendum. And I am deeply convinced that we simply must support it! If you have a Belarusian heart, Belarusian soul. And if you see Belarus as a sovereign powerful country in the centre of the Eurasian continent, and not as a marginal colony, whose citizens earn money on other people’s strawberry plantations and put their women out with outstretched hands on European highways. 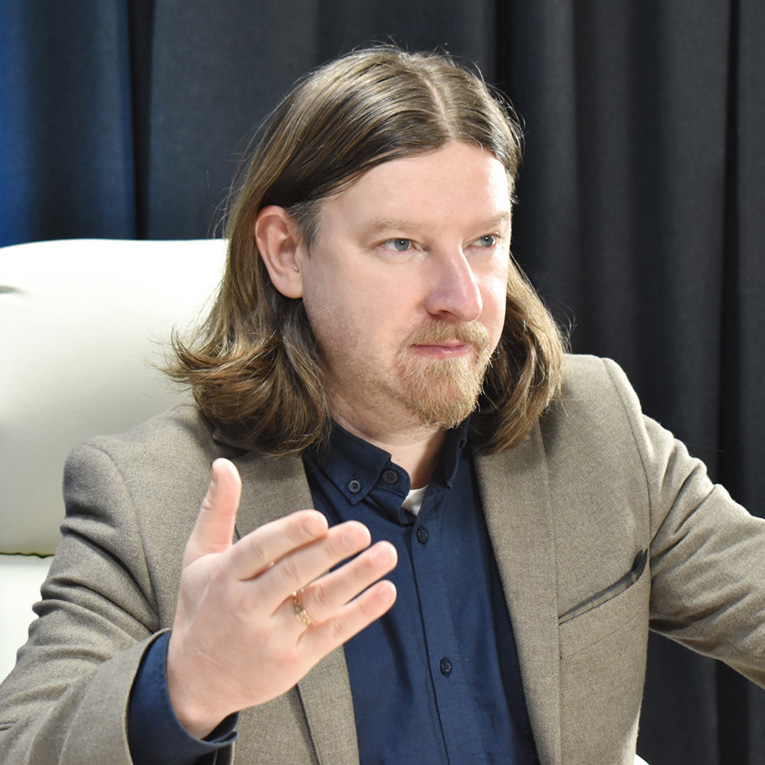 Aleksei Dzermant, political analyst:
The President keeps all his promises: he said that the process of constitutional reform will be completed with a referendum, and we are now starting a nationwide discussion of the draft, which was carefully prepared by both the Constitutional Commission and the working group. That is, everything that the President spoke about is reflected in practice. And now it is important for citizens to participate in this process, to express their opinion before the final draft of the Basic Law is submitted to a referendum.
This is the only right and possible way, not ‘on the streets’, but through a civilised discussion, through the maximum involvement of our citizens in the preparation process, this is the normal evolutionary path of development. And this is the path chosen by our state. We go through all its stages, which we have designated for ourselves, and calmly, systematically carry out what we have planned. Not to please anyone, but primarily for ourselves and our future. Therefore, it is very important that the work done is reaching the home stretch, we are ready to discuss essentially all the innovations proposed in the Constitution, the draft has been made public. Now it is important that those who would like to speak about their comments, suggestions, additions to it, take advantage of this opportunity.
At the same time, the alternative that the opposition proposed is rather an anti-national programme. It was not even a draft of the Constitution, it was a project of dismantling the state. I don’t know how even the oppositionists themselves can take it seriously, because it essentially presupposes the surrender of the state, its destruction with their own hands. Therefore, I even doubt whether that programme should be considered seriously at all. If someone believes in it from the opposition side, it only speaks of the inadequacy of their ideas and views.
Our draft Constitution, which we will now discuss, is what comes from life, from the people themselves, from representatives of collectives and various social groups that were part of the Constitutional Commission and did a lot to prepare a draft that reflects the opinion of the majority of the Belarusian society. And what the opposition was or is preparing is complete obscurantism. In no case should such views be allowed to form the basis of public policy: this is simply a destructive programme. 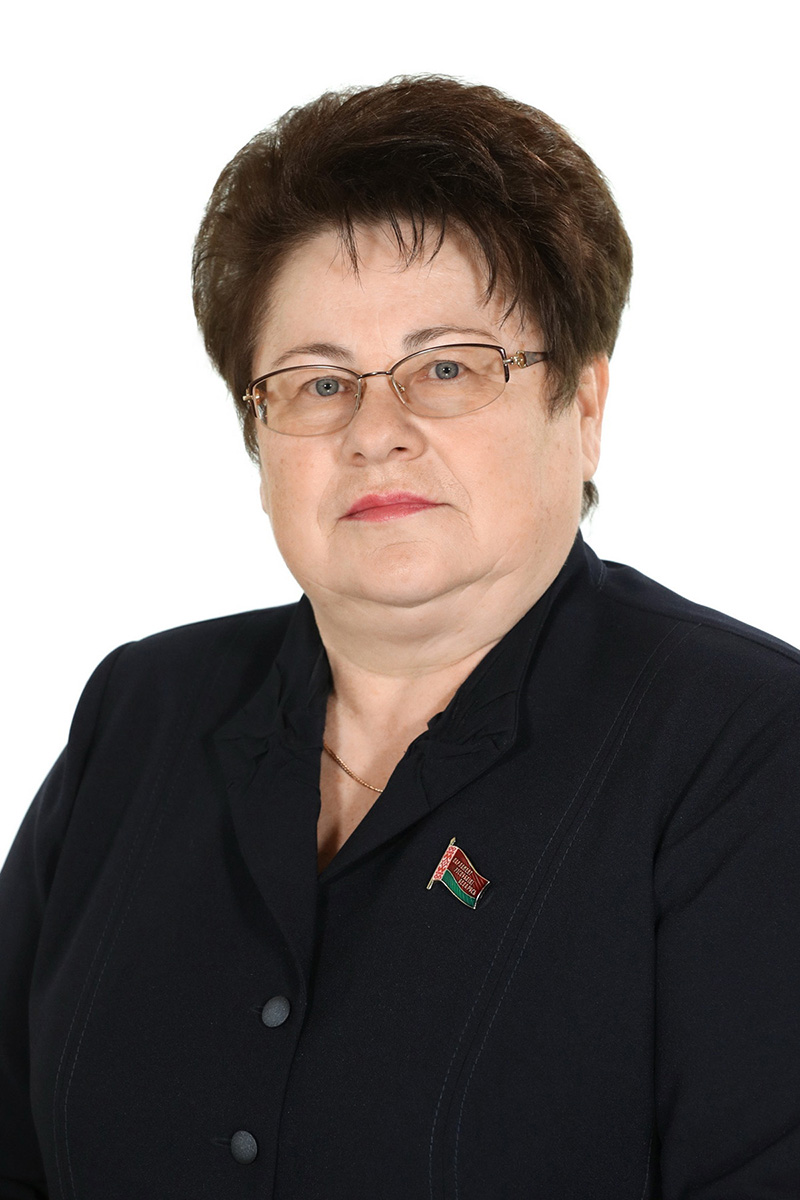 Galina Lagunova, Deputy Chairperson of the Standing Commission on Economic Policy at the House of Representatives:
The cornerstone of all the innovations of the draft Constitution is the citizen of Belarus, all-round protection and support of citizens provided by the state.
And the proposed role and place of the Belarusian People’s Congress is at all the ‘aerobatics’ of democracy and the rule of the people.
It is based on the Slavic roots of the veche (popular assembly). Even though Belarus is a small state, the maximum involvement of citizens in the process of governing the country will allow us to bear personal responsibility to society. At the same time, the concepts of sovereignty, territorial integrity, peace and stability laid down in the draft Basic Law are not just words, but a clear algorithm of actions to synchronise the mechanisms of state governance.
Remember how not so long ago we were trying to build a comfortable future, expecting our children to live under communism. It did not happen. Today we, in consultation with all the people, are writing the Constitution and laws for ourselves. It is how we would like to live on our land, here and now. Given the popular enthusiasm of the proposals received, future generations will live better. Because they are not indifferent to the future of Belarus. Over the past months, I have received regular telephone calls from residents of the constituency with a request to get acquainted with the draft Constitution. This suggests that citizens want to become the rulers of their own destiny and take an effective part in both the creation of the Constitution and the planned referendum.
At the same time, I had a fair share of respect towards the constructive opposition that once existed in Belarus, which offered its own options for the development of the state, economy and society. But what the ‘fugitives’ are demonstrating today cannot be called anything other than treason. See what they are calling for. On the one hand, they create reasons for the imposition of sanctions by the collective West against their own compatriots, participate in the disclosure of official secrets and confidential information about the citizens of Belarus. On the other hand, they urge us to renounce fraternal relations with Russia, withdraw from the Union State, the EAEU, the CSTO, close the Belarusian nuclear power plant, renounce the Russian language as the state language... Therefore, there can be no analogies with their programmes in terms of lawmaking... Our people, not a bunch of ‘fugitive’ criminals, will vote for amendments to the Constitution.