Wrestler Kiryl Maskevich tells us about the silver won at the World Cup and the Olympic Games, where he hoped for more 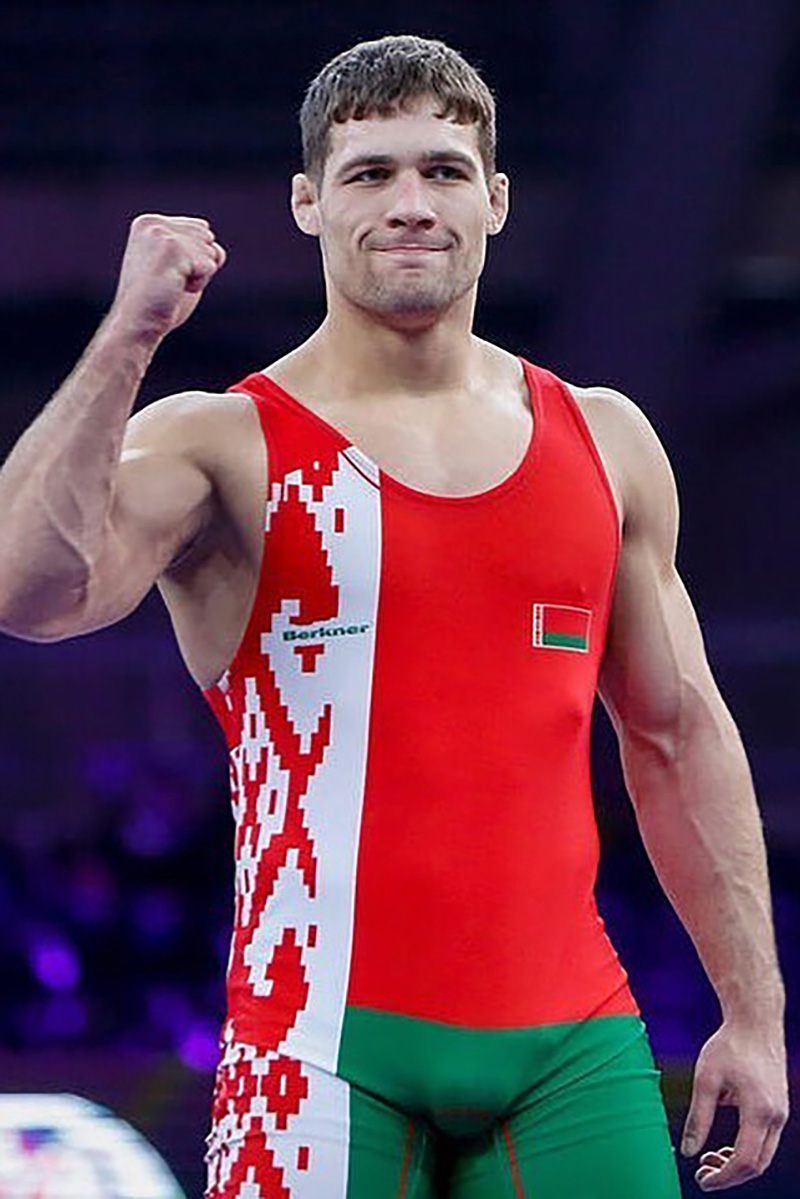 At the World Wrestling Championships that finished in Oslo, Belarusians claimed two medals. First, freestyle wrestler Aryan Tsiutryn took bronze, and on the last day of the competition, Kiryl Maskevich earned silver. For the 23-year-old resident of Borisov, this season, in principle, turned out to be eventful. In April, he won silver at the European Championships, then made his debut at the Olympic Games, where, alas, in the first fight he lost to the Egyptian wrestler, Mohamed Metwally. However, Kiryl says, the season is not over for him yet.
“I’m never satisfied with a silver medal,” the wrestler admits. “This was a loss in the final where you stop just a step away from gold. It might be better to win bronze. We met more than once with Zurab Datunashvili, who became the world champion. Last year, I beat him in the World Cup while this year he beat me in the final of the European Championships. He is a very stable fighter. Zurab didn’t show anything new this time, but I couldn’t find a key for him. But all the same, I’m glad that my training wasn’t in vain. My performance at the World Championships was kind of rehabilitation for the Olympic Games, in which I did not succeed.”
— This World Championships was missed by many athletes; nevertheless, the tournament took place after the Olympics, at the end of the season. Didn’t you think you might not attend?
— After the Olympics in Tokyo, we didn’t have a rest since we hadn’t earned it. There were no thoughts of missing the World Cup. It turns out that this year I fought at the three biggest events of the season: the European Championships, the Olympics and the World Championships. Although I won silver medals at two of them, I don’t consider this year to be successful, because the main event was lost — any medal from the Olympic Games would exceed the awards of the world and European championships.
— At the Olympics, you probably counted on something more than one fight. What didn’t work out in the fight against Metwally?

— It’s sport, it happens. Metwally is an awkward opponent for me. Previously, we hadn’t met on the carpet, but, of course, we analysed his fights. But something went wrong with me during our meeting. Perhaps the tactics were a little wrong. I wanted more, but I adhere to the principle that we must accept both victories and defeats — no matter where they happened and from whom. It is necessary to learn from this and live on.
— Last year you had practically no international competitions. Did this somehow affect the preparation for the Olympic Games?
— All the fighters were in the same condition. I was a little tired of the fact that the situation had hardly changed. For almost half a year we were locked in the same base, trained with the same sparring partners — almost ‘Groundhog Day’. But everything that could be done was done. We also tried to diversify our training, gathered as a team in an informal setting. Sometimes my personal trainer Oleg Azhigov cooked very tasty pilaf — so they whiled away the evenings.
— Were there enough sparring partners in our team?
— There is very good competition in our weight now. For the last two years we have competed with Radzik Kuliyeu and Mikalai Stadub. I won the competition, and before the European Championships this year we went different ways: I stayed in my weight up to 87kg while Radzik Kuliyeu moved to the category up to 82kg and Mikalai — in 97kg. All three won medals at that championships. There were enough sparrings, but I also wanted ‘fresh blood’. When you fight the same guys, you start to get to know them better, you understand what to expect from whom, it becomes more difficult.
— Are you planning to have a rest now?
— No. After returning from the World Cup, I rested for one day and went to training. Recently we started the training camp before the World Championships among athletes under 23 years old — I can still compete there. In this category in our country, I have two more competitors: masters of sports of international class, Ihar Yarashevich — a multiple winner of the world and European championships among cadets and youth — and Ilya Lavrynovich, who is a winner of the World Student Championships. One of us will compete during the championships. We will decide with the coaches whether I need this tournament. To be honest, I still have an unrealised dream: to become a world champion.