Sandro Botticelli’s rediscovered and arresting Man of Sorrows, due to be auctioned at Sotheby’s on January 27th — with a guarantee of $40m — has yet to be studied extensively, as it has been in private hands since the 19th century. 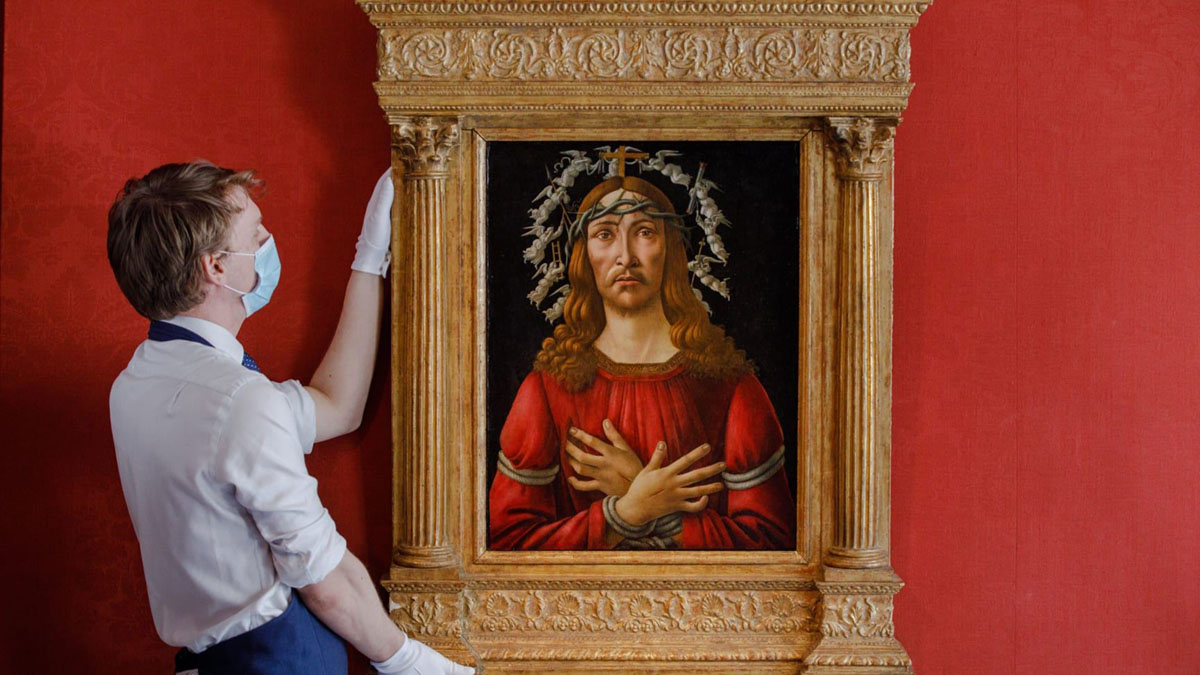 
But technical analysis undertaken by the auction house in preparation for the sale has already revealed one unexpected discovery: an intriguing image of a Madonna and Child, buried beneath the paint layers.
Christopher Apostle, the Senior Vice President and Head of the Old Master Paintings Department at Sotheby’s in New York, who has had the opportunity to ponder the picture in depth, believes it to be an abandoned composition of a ‘Madonna of tenderness’ (a type derived from Greek icons), in which the Madonna intimately cradles the head of the baby Christ against her own, cheek to cheek. The facial features, particularly the nose, eyes and laughing mouth, which he identifies as belonging to the Christ Child, are very visible in the infrared image, if you rotate the picture upside down.
There is also evidence of some white underpainting, possibly in cadmium, in the lower part of the figure. Other visible parts of the abandoned composition include what looks like folds of a mantle, with decorative banding around the shoulder and part of a sleeve, and the Child’s chubby arm is discernible as well.

Based on the material of www.cnn.com