Aleksandr Lukashenko often and willingly works on the ground. And he passes on this tradition, instils a love for this hard work to everyone who is nearby. The President often talks about his personal plot: potatoes and numerous vegetables, melons and berries, apples grow there... The President loves to experiment on his own beds — he is the first to plant new varieties and types of various crops.  Working on your land, you get a hundredfold in return — this is the firm conviction of the Belarusian leader. We also know for sure that happiness, goodness and delight is multiplied by sharing. And the meaning of work gives the opportunity to share it with loved ones, to share the results of your work with those who need it more. From year to year — this is a long standing tradition — the harvest from the President — in pantries and on tables in orphanages and nursing homes. Aleksandr Lukashenko presented four sacks of elite potatoes to his Russian counterpart Vladimir Putin in December 2018. In addition, the President recently decided to give a sack of potatoes to local journalists.


A little later, the Telegram channel Pul Pervogo already posted photos of culinary masterpieces prepared by journalists from presidential potatoes — roses, hearts, boats and even burgers. Belarusians were creative, reminding everyone and everything that they are bulbashy [potato lovers in Belarusian], and they are proud of it. They experimented, cooked, remembered what mothers and grandmothers treated them to in childhood, shared recipes, proving for the thousandth time that their favourite potatoes are not only boiled and fried. 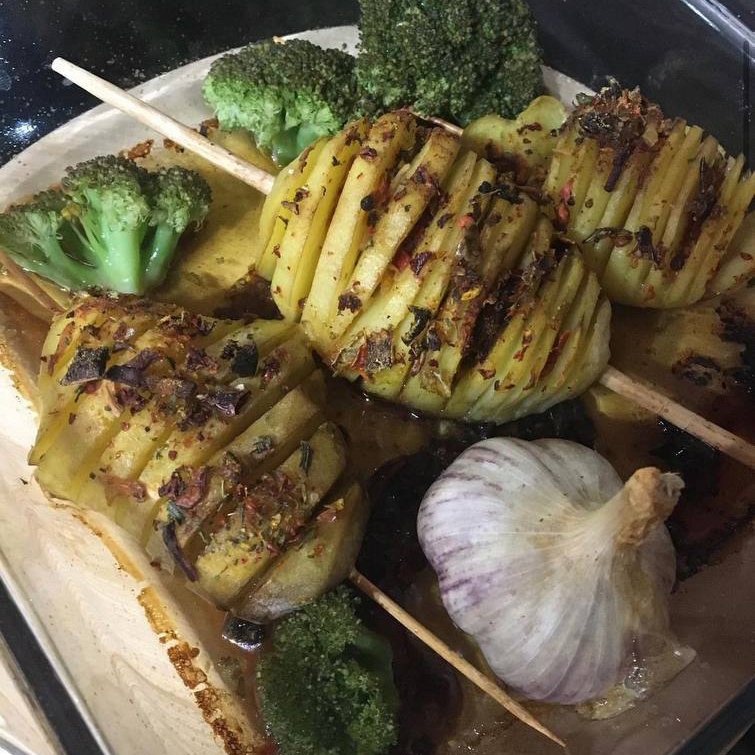 The competition for the best photo of the potato dish was first announced by Pul Pervogo for their journalists. But then all the other connoisseurs of the Belarusian potato joined the initiative. Here, it would probably be worth discussing that the ‘challenge’ itself is such a gift to farmers, an opportunity to please them on the eve of the Day of Workers of Agriculture with the results of their work. Or to remind that Belarus, no matter how hard the West tries to protect us from its world with sanctions, can easily ensure its own food security and feed not only itself, but also others. Or rejoice at how the presidential potato (as, by the way, the recent chopping of firewood) was able to unite compatriots.
Journalist of Belarus Segodnya Publishing House Dmitry Umpirovich shared his recipe for cooking presidential potatoes,
“Potato dishes are always delicious, so on Sunday afternoon, my son and I foremost expected a hearty lunch. 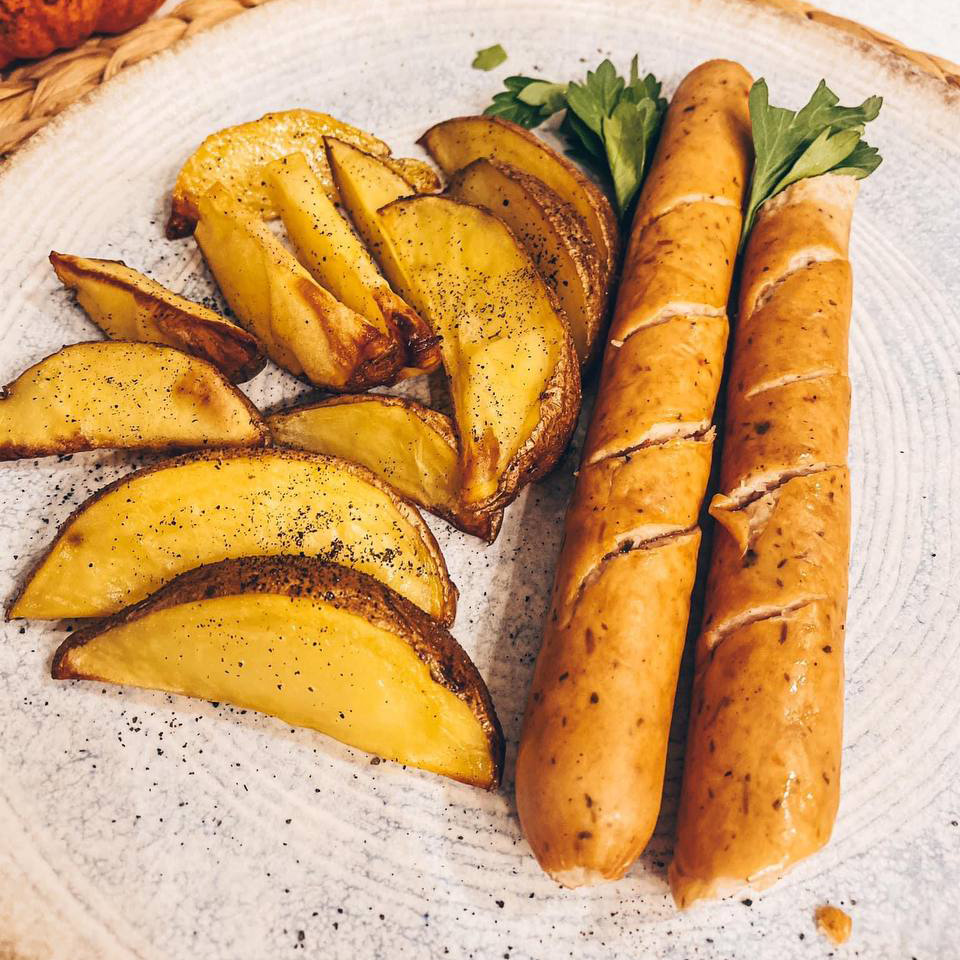 Potato roses, boats and burgers, it’s not for me. As well as not for the President. He repeated more than once: he loves simple country food. So we decided to make pancakes in pots with sausages, mushrooms, sour cream and cheese. Everything is simple. Everything is our own. Not for nothing that at one time I travelled dozens of Belarusian villages in search of original recipes. Do you remember ‘Five dishes. Relish with SB’  heading? 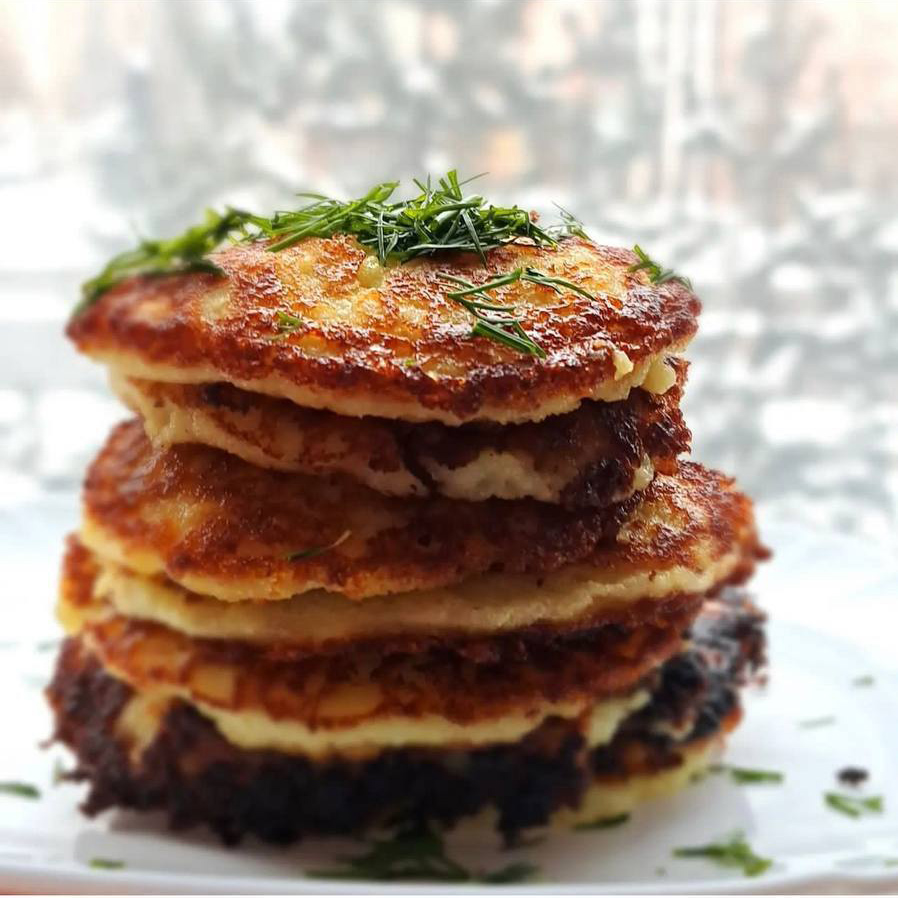 So, let’s take a potato. The variety is called Pershatsvet, it’s from the presidential field. Two potatoes were enough. They are huge. Grate, add an egg, two tablespoons of flour, taste for salt, mix, fry potato pancakes. There are never too many potato pancakes for a Belarusian. We ate two at a time while the sausages boiled. I sent them to boiling water for just a couple of minutes — so that they remain juicy. So my grandmothers in the villages taught me. We cut sausages into large ‘kavalki’ [pieces in Belarusian], mushrooms into smaller plates. Grease the pot with oil. We use sunflower-olive, the President would certainly advise rapeseed. But to be honest, I haven’t tried it yet. Lay the sausage, pancakes and champignons in layers, pour sour cream, pour cheese over it — and put it in the oven for half an hour. Oh, it’s a pity that there is no oven.  There — tested by experience — it turns out much tastier.… Taste — it’s just unbelievable. It is understandable: potato pancakes are a dish that cannot be spoiled by anything. We ate it with zest — and immediately I wanted more. I know for sure: I will continue culinary experiments, I read a lot of recipes under the #bulba hashtag. My colleague Polina Konoga decided to cook delicious potato-zucchini waffles with celery, cream cheese and salmon, sprinkled with grated goat cheese with black truffle. I look at the photo — and my mouth is already watering. However, we have enough potatoes until the New Year. Thanks to the President!”