Belarus may increase the number of builders involved into construction of the Vostochny cosmodrome – as noted by Prime Minister Roman Golovchenko following a meeting with the Governor of the Primorsky Krai, Oleg Kozhemyako 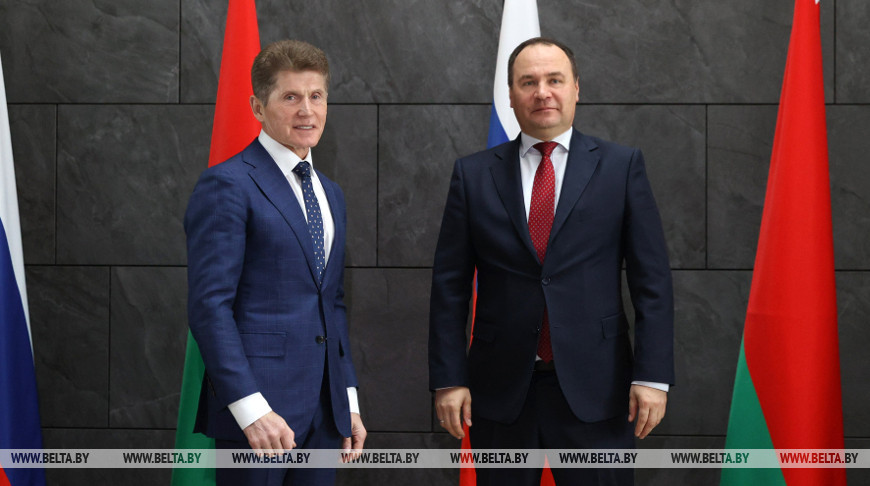 “Belarusian builders are taking part in construction of one of Russia’s most iconic objects. Oleg Nikolayevich [Kozhemyako] expressed satisfaction with the quality and timing of their work, also putting forward an initiative to increase their number. This issue will be considered,” the PM said.

Speaking about today’s negotiations, Mr. Golovchenko said they were constructive, “As always, the talks were held in a very friendly, warm and constructive atmosphere. Oleg Kozhemyako is among the Russian regional leaders who visit Belarus most often, and this produces a result reflected in the statistics of our trade turnover. Moreover, we find new projects and conclude new contracts after each of such visits. All this is put into the so-called dossier of our co-operation, and this has been the case today.”

The PM added that the parties discussed in detail the entire agenda of bilateral relations, recognising that a number of projects need to be accelerated. “Relevant instructions were given at the meeting, and there is every reason to believe that we will end this year on rise, and that co-operation will be eventful and fruitful in 2023,” Mr. Golovchenko said.