The collective West has set its sights on a change of power in Belarus, noted President of Belarus Aleksandr Lukashenko when making personnel decisions in the state security system 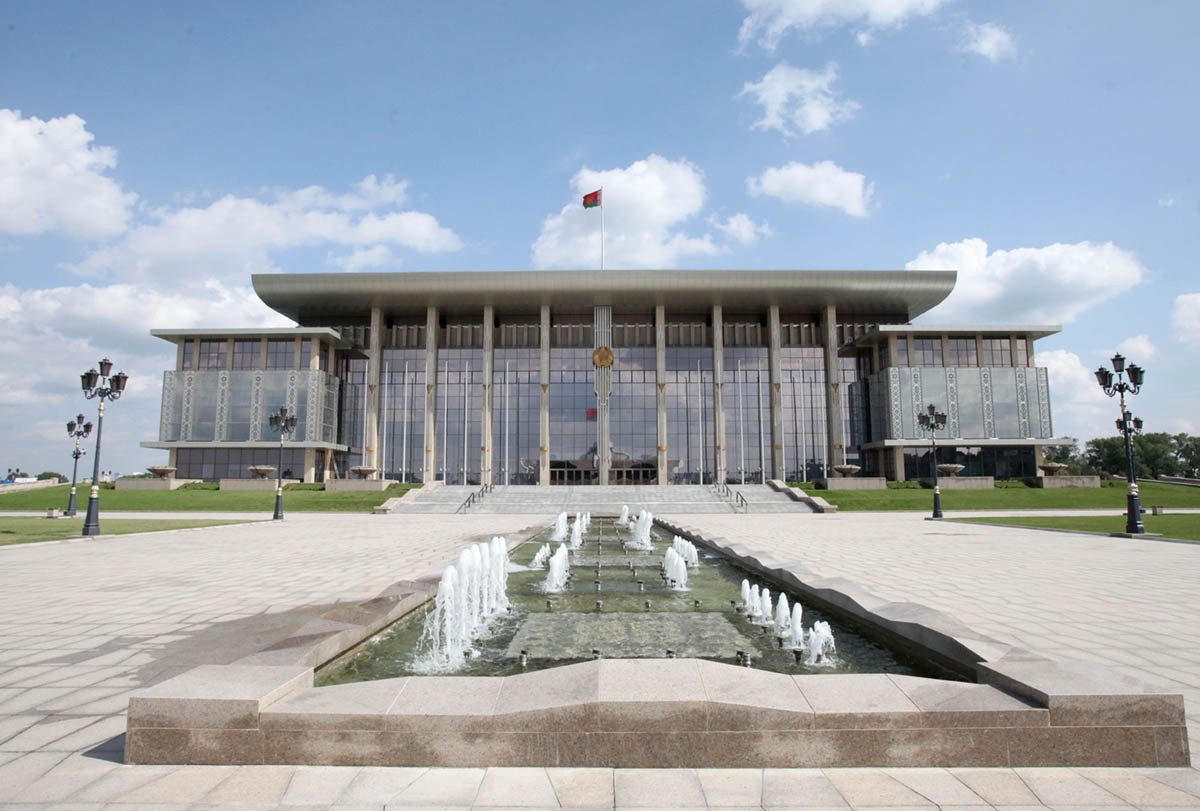 “I want to draw your attention to the fact that the situation remains tense, and it does not allow us to calm down. You know better than anyone else that the failed coup attempt did not change the enemy’s plans. The collective West continues to interfere in the internal affairs of the country, aiming at a change of power, and the most dangerous thing for us is the destruction of the independence of our state. We must remember this. We must understand and feel this every day and every hour, especially you,” asserted Aleksandr Lukashenko.


“The sanctions are involved. Protests, extremism, terrorism are funded. Militants are selected and trained. We don’t just know this, we are working with it,” said the Belarusian leader.
Aleksandr Lukashenko stressed that in modern conditions the KGB officers are entrusted with the task of ensuring a stable socio-political situation, protecting the country from external destructive influences.

“The priority tasks today are to build up efforts to combat terrorism and extremism, countering anti-constitutional elements. Control of the situation in the labour collectives of enterprises and government bodies is of fundamental importance. For this, we have created the appropriate institutions,” said the Head of State.

Addressing officers and generals, Aleksandr Lukashenko stressed that the Belarusian security officers made a significant contribution to protecting the country and people from large-scale external and internal threats.
“Political emigrant centres in Warsaw and Vilnius, set up under the control of special services, are encouraging radicals to use intimidation tactics against public figures and government officials, representatives of the media and law enforcement agencies and now even the judiciary,” asserted the Head of State.
Aleksandr Lukashenko said that sabotage is planned at sites of the defence complex, economy and life support. “Foreign special services and their accomplices are studying the situation in labour teams, trying to inspire strikes,” noted the Belarusian leader.

“The period of the constitutional referendum is being considered as one of possible dates for another attempt to start a revolution (day X, they believe),” said the Belarusian leader.

He noted that modern information technologies tested in other countries are being used, a psychological war has been launched, aimed at forming a negative image of power among the population of Belarus.
“These methods of influence are aimed at employees of the state apparatus and security officials in order to convince them of the lack of support from the population and to generate doubts about the correctness of the state political course,” said the President.
Aleksandr Lukashenko also voiced revealing information regarding the real actions of Poland and Lithuania in the migration issue.
“One of the key hybrid threats today is the difficult situation on our state border. Poland and Lithuania are purposefully accusing Belarus of allegedly creating a migration crisis. At the same time, they are conducting special operations to create channels to send migrants from places of detention in their territories to Germany and France, massively and cynically violating human rights,” stressed the Head of State. He also added,

“I am disclosing this information so that Germany, together with France, the UK and other countries, finally wakes up and sees what is happening to migrants in Poland and Lithuania.”

Aleksandr Lukashenko stated that Poland and Lithuania are demonstrating everywhere that they allegedly contain migrants in certain places: in camps.
“But in fact, these centres are transit points. They deliberately release these people from the camps, knowing that their final destination is not Poland or Lithuania, nor Belarus. They have reached this point and want to go further. They are bound for Germany, ‘warmer’ countries, as they say. Understanding this, Poles and Lithuanians are gradually letting them out of the camps. The Germans are already detaining thousands of them on their territory,” said the President. “We have this information. We have cross-checked it through several sources. It is true.

Let them first figure out who is directing these migrants to Germany and France. According to our data, people are dying there. The number of fatalities is several times bigger than that announced by Polish and Lithuanian politicians. Despite the much-vaunted European freedom of speech, the media are not allowed to access information about the real situation,” added the Head of State.

Aleksandr Lukashenko demanded that the KGB increase the effectiveness of foreign intelligence, “Increasing the efficiency of the foreign intelligence service will boost the capacity of the KGB. The service needs to be transformed into a unit capable of addressing strategic tasks; it is necessary to enhance its offensive nature, to build up the capacity of secret intelligence and other methods and forms that you know about.”
According to him, identifying and suppressing the attempts of foreign special services to get access to classified information of government bodies and enterprises remain a priority task.
The Head of State also noted that it is vital to keep up with opponents and expand the use of modern technologies in operational activities, increase the efficiency of the KGB technical unit, radio-electronic intelligence and boost scientific potential, “It is necessary to step up efforts to protect the information space, apply new technological methods of counteraction, promote the proactive information policy of our mass media.”
Aleksandr Lukashenko paid special attention to work with personnel,

“The main criterion for a KGB officer is patriotism, prevention of any manifestations of corruption, double-dealing and especially betrayal. Only the best representatives of society should serve in the department, guided exclusively by the interests of our state.”

On the same day, the President appointed Sergei Khomenko Minister of Justice. He has previously served as Deputy Minister of Internal Affairs.
“Sergei Nikolayevich, I want to say publicly that you have no room for error due to the amount of attention that is being drawn to the matter you will be working with. To a certain extent, this is an extraordinary step — for those who are not deeply involved in the matter. It is normal from the point of view of involvement in the issue,” said Aleksandr Lukashenko.
The Head of State noted that the Justice Ministry has enough experts who have been involved in jurisprudence for a long time, “There are good, highly qualified lawyers in Belarus. We need very strong organisers and administrators because they will have to handle many organisational issues. There will be a considerable number of events in the Justice Ministry, first of all, organisational ones. I will not conceal that we need loyal, well-organised and proactive people there. We do not have time to count to twenty, to ten or even to three. We need to make decisions and implement them. People will see it in the near future.”
Aleksandr Lukashenko is confident that Sergei Khomenko has a strong administrative potential, “We cannot lose such a smart and devoted person of your age, a patriot like you. This is my personal opinion, and I have warned all the officials, including the Minister of Internal Affairs (I think he spoke with you following my instruction). I hope he tried to convince you to embark on this work and to prove that you are a true administrator.”
At the same time, the President noted that, despite the fact that Sergei Khomenko has not worked at the Justice Ministry before, he has enough experience to lead it, having previously worked in law enforcement. In addition, the Ministry of Justice needs, first of all, a strong administrator and organiser, stressed Aleksandr Lukashenko.
“I hope that you will do your best. Therefore, I said at the beginning of the meeting that there is no room for error. This is my personal decision. I was thinking about different posts for you and decided that this would be the best choice for you and for the country,” summed up the Belarusian leader.