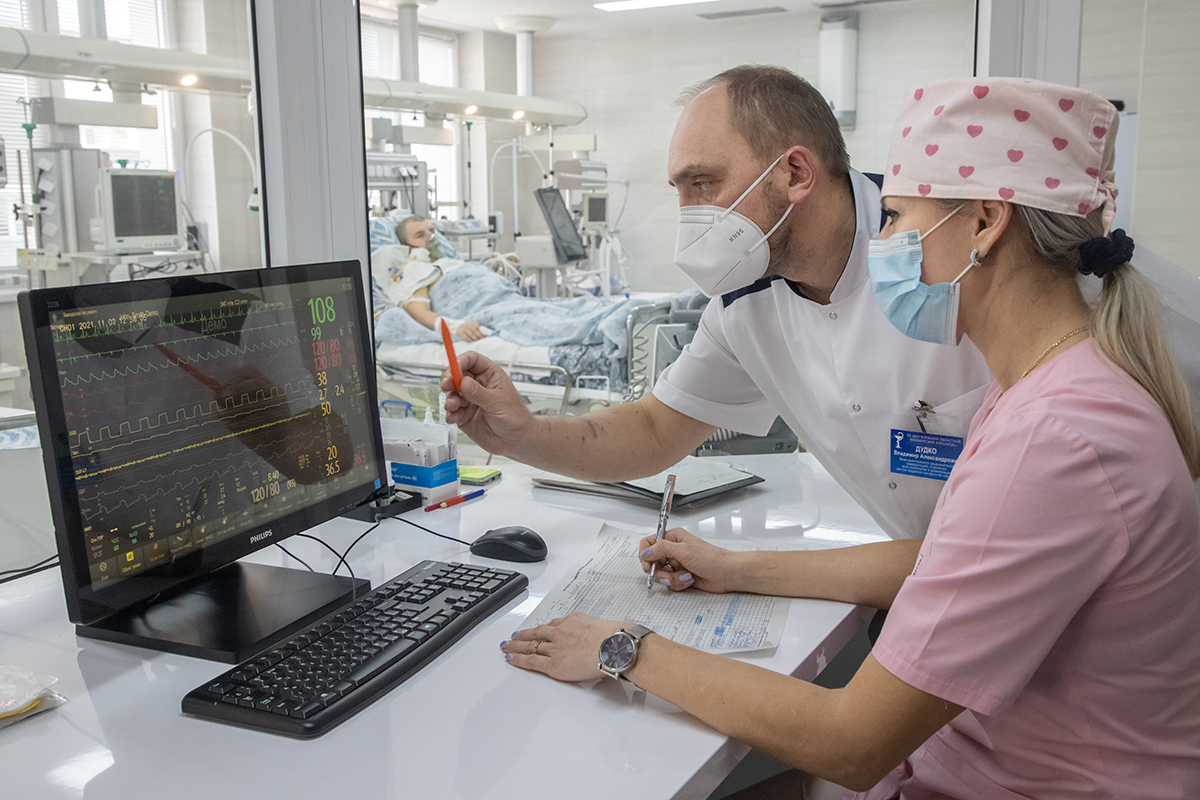 Photo by Andrey Sazonov
A unique and complex surgery was carried out in the Mogilev Regional Clinical Hospital, in the new cardiac surgery building, which was opened by the Head of State on November 5th this year. The transplant was performed by local doctors together with colleagues from the Cardiology Republican Scientific and Practical Centre. The operation took almost six hours. The heart was transplanted to a 43-year-old resident of Mogilev with extreme heart failure.
The operation was performed by the chief cardiac surgeon of Belarus, Doctor of Medical Sciences, Yuri Ostrovsky. He was assisted by the chief physician of the regional hospital, Anatoly Kulik. A large team of Mogilev doctors also took part, including Vadim Levanovich and Vladimir Dudko. In total, about 20 medical personnel were involved in the operation.