Most recently, the fourth stage of the UIPM 2022 Pentathlon World Cup ended in Ankara, however, the final of the tournament is taking place in the same city these days. In addition to determining the winners, there is another intrigue: during the competition, a discipline will be presented, which in the future should replace horseback riding. Our pentathletes, like their Russian counterparts, as you know, do not participate this season in the World Cup and other international tournaments by any means through no fault of their own. Nevertheless, they are not deprived of competitive practice: they passed two stages of the Pavel Lednev Cup, another stage in Minsk and the final in Moscow are ahead. The day before we stopped by for a training session with our team. Several dozen athletes improved their fencing skills in the track and field arena of Belarusian State University of Physical Culture. The head coach of the national team Anatoly Tkachenko says, “After the Olympic Games in Tokyo, there were slight changes in the roster. Maksim Maruk was included in the national team. Maria Gnedchik and Anastasiya Malashenoka are very close to getting into the roster. Vladislav Nesterov and Vladislav Ostrovsky are one step away from the national team. They have shown their best at the last competitions and, I suppose, they will compete on equal terms with members of the national team in the near future. Anatoly Tkachenko
The leaders are still on board. Olga Silkina won the first two stages of the Pavel Lednev Cup. Ilya Polozkov became a silver medallist in Minsk and a gold medallist in Moscow. Irina Prosentsova and Evgeny Orel performed very well, the latter took third place in the Pavel Lednev Cup in Moscow.”
“Anastasia Prokopenko also has something to prove. This year she misses some competitions: she was ready to the first Pavel Lednev Cup event, now, probably, she will perform at the beginning of the home stage. This year we gave her the opportunity to take a break in order to maintain the health of the athlete and maintain the level of results. At the same time, of course, I am glad that young people are gradually catching up. We have developed a training system, we have a good school and rich traditions, so there is a reserve,” the head coach says.
Anatoly Tkachenko notes: it is not as numerous as in Russia, but our guys fight on equal terms with rivals from a neighbouring country. Pavel Lednev Cup is proof of this, “In Russia, modern pentathlon is being developed by many regions. The composition of the Russian team at the World Cup was limited by the same quotas as other countries — a maximum of four people went to these competitions, although, if they had the opportunity, they would have put up a much larger number. Yes, the level of our joint tournament is not as high as at the World Cup. One must admit that competition in it is weaker, but there is worthy rivalry.”
The Pavel Lednev Cup is held in the traditional format of pentathlon competitions — along with fencing, swimming, running and shooting, it includes show jumping, which the International Modern Pentathlon Union decided to exclude from the programme after the incident at the Tokyo Olympics. Despite the fact that most athletes opposed the replacement of this discipline, the officials decided to redraw the programme. The discussion went on for several months. There were various proposals — from cycling to rowing. Another decision was made, “Instead of show jumping, the programme of modern pentathlon is planned to include the passage of an obstacle course — this discipline will be presented at the World Cup final. It is difficult to say yet what does it mean. The description says that this will be a distance of up to 100 metres, on which various obstacles will be installed that will need to be jumped over, climbed over and so on. It reminds of fire-rescue sports or military competitions. It should be noted that when this innovation is introduced, the training system will have to be radically changed. After all, this is a revolution in our sport and, I believe, its extinction — the pentathlon, which has been included in the programme of the Olympic Games since 1912, will simply disappear, it will lose the main zest. And although the International Modern Pentathlon Union says that the main idea of the founder of Baron Pierre de Coubertin — the versatility of competitions — is preserved, this is not the case. Without the most beautiful discipline — horseback riding — it will no longer be a modern pentathlon.” 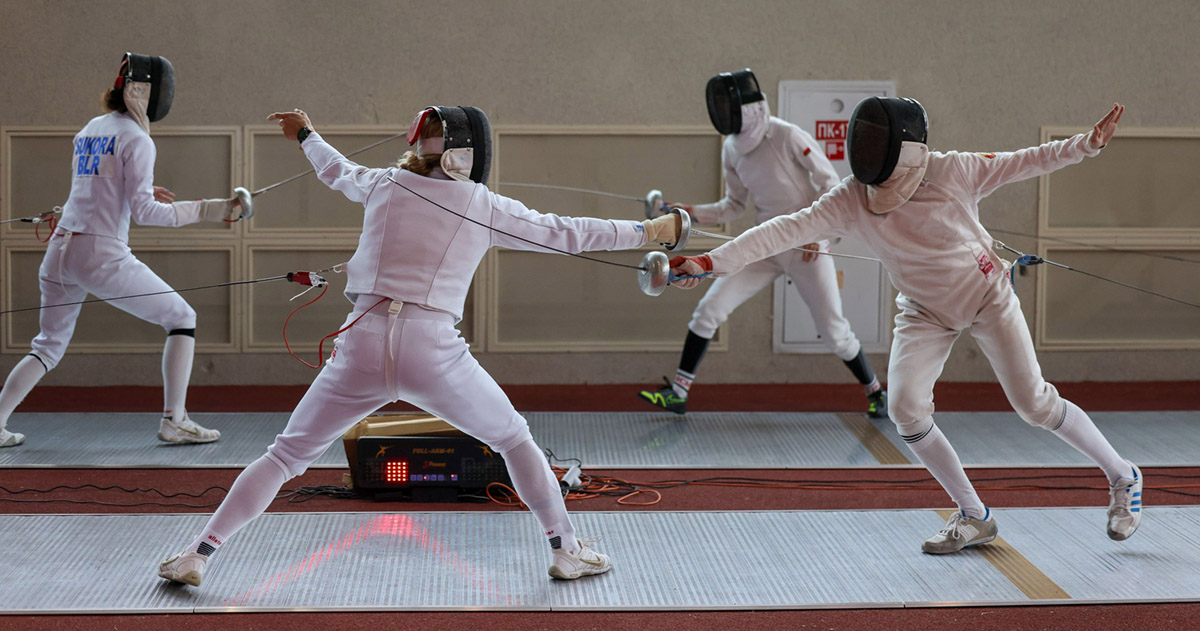 
Anatoly Tkachenko continues: not only politics, but also business actively interferes in sports. He explains: over the past 20 years, athletes and coaches are tired of adapting to the changes that are introduced almost every year, “In 2009, for example, they introduced a combined discipline — combined running and shooting. At first, the athletes shot at iron targets, which were closed, as in biathlon. They equipped the entire world, spending a lot of money. Literally two years later they were replaced by laser systems, which again had to be produced, sold and installed. The same story is with pistols. First, they made laser attachments for pneumatic pistols, but after 3-4 years they produced laser pistols without any attachments. So it turns out that everything that was bought in past years just lies in warehouses. The 2024 Paris Olympics will likely be the last time the modern pentathlon programme includes show jumping. This sport will be held in an updated format in Los Angeles as early as in 2028.”
“Pavel Lednev Cup is held according to the old regulations — as expected, with horseback riding. The entire world understands this: we publish information about competitions. Now 90-95 percent of athletes and coaches in different countries oppose the exclusion of show jumping. However, it may turn out that if we are still suspended and continue to compete with each other in the traditional format we have chosen, athletes from different countries will come to us, but not to them. We might even be able to organise our own league. At the same time, this can lead to a split in the entire modern pentathlon! Our sport is literally being destroyed by the introduction of an obstacle course into the programme, but we are striving to preserve it,” says the head coach of the national team. Qualifiers for the Olympic Games in Paris will begin next year. The World Cup final, continental qualifiers, a series of World Cup stages and the World Championship — the list of participants in the Games will be determined by the spring of 2024. Our athletes are ready to fight for licenses, but, alas, little depends on their desire and attitude in the current situation.
“All my life I thought that sport was out of politics. It was a noble occupation, which, in spite of everything, was supposed to create friendly relations between people and bring them closer. However, now sport is used for political purposes. The issue of admission or non-admission of athletes depends on the international federations. Tennis players, for example, can play in tournaments in a neutral status. But this sport differs from ours in terms of both the influence of the international federation on what is happening and funding as a whole. Tennis is a more independent sport. The officials of the International Modern Pentathlon Union follow the general direction set by the International Olympic Committee...” says Anatoly Tkachenko.