Natalya Eismont, the Press Secretary of the President of Belarus, said that on September 1st, Aleksandr Lukashenko ‘will be in all schools and universities of the country’. During her talk with ONT TV channel, Natalya Eismont told more about what events with the Head of State will take place in the near future. 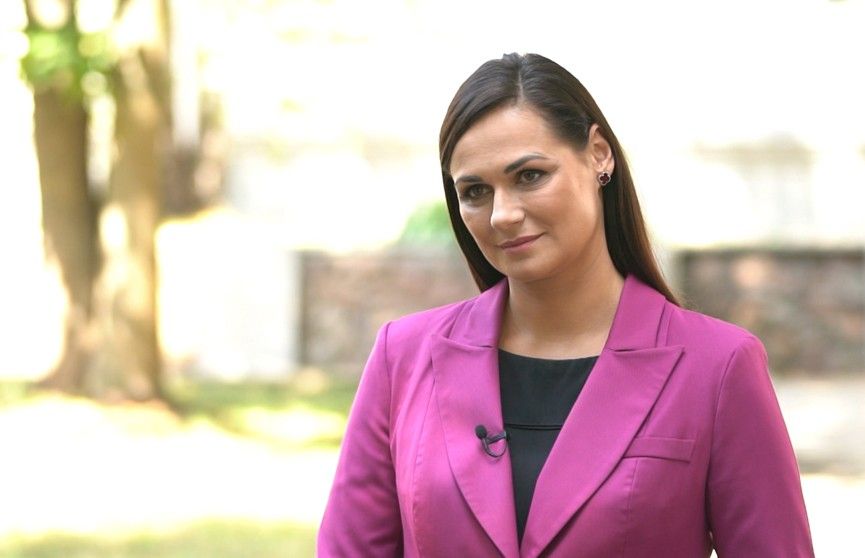 Natalya Eismont noted that the President announced a major international event: the SCO summit. “The format of this event is being worked out while making announcements in our time is a thankless task. So, somewhere in the near future there will be clarity on this issue,” commented the Press Secretary of the Head of State.

She also spoke about the nearest plans in Aleksandr Lukashenko’s schedule, “As far as the internal agenda is concerned, I want to say right away: the President’s schedule remains busy, September 1st lies ahead. I already hear questions and suggestions coming from our Telegram space. I can say that this year the Head of State will be in all schools and universities. It will be both global and large-scale, as modern time requires. In the near future, the President is scheduled to consider a whole range of issues and a number of bills related to the development of our civil society, political parties and public associations. It is time to place accents and define the rules of the game. These are the seeds that we have after 2020, it’s time to harvest a good crop from them.”

The theme of the events of 2020 was also widely disclosed by the Press Secretary in an interview. She paid special attention to the rally for maintaining calm, peace and security in Belarus, which took place in Minsk on August 16th, 2020. “It was definitely a turning point. This rally, this large-scale event was necessary for our people as a breath of fresh air. Tens of thousands of like-minded people, emotions, tears and the understanding that everything will be fine, that we are all ready to stand to the end to defend the country – this is the most important feeling from that rally. We understood that the President would come out and speak. Those who have been working with him for many years could understand what that performance would be like. In this regard, it is easier for us, for people who worked next to the President. Every day, hour and minute we understood perfectly well that no one would give up the country, that everything would be fine. It was important for people who came from the regions and gathered together to feel this. This was the most important thing from an emotional point of view,” said Natalya Eismont.

The Press Secretary of the President recalled that at that time ‘there were many tasks on a variety of issues’. “I remember that even before the President came out, when the speakers went to the platform, my phone rang endlessly. All the calls were very important, but I could not pick up the phone. Listening to any of the speakers, I could not tear myself away and missed important phone calls because I had to be there. It was one breath. And the breathing-out happened after the event, even, probably, much later. Many fragments are being analysed and will be analysed for many years to come. But for me the most important phrase was ‘I will never betray you’. We knew this very well, but it was very important that people heard this from the President. The speech went down in history, and we were witnesses to it,” added Natalya Eismont.

The Press Secretary of the Head of State recalled that in August 2020, fakes about what was happening in Belarus hit citizens like an avalanche. “The most important fake for our opponents was ‘the President has left the country’. It was vital for them to convince our society of this. This is the famous scenario. Wherever the Head of State found himself just in one day: in Rostov, and in Turkey, and in the United Arab Emirates. The situation was heating up, and the crowd was already walking towards the Palace of Independence. The President found the most effective way to show that he is in place, that he will never run away. The whole country saw it, the whole world saw it. Of course, it was very important at that moment. The second no less important point is to support our security forces, to come out to them and stand in line with them. I think that the awareness of the importance of this moment will come to our society as more time passes,” shared Natalya Eismont.