During her talk with ONT TV channel, Natalya Eismont, the Press Secretary of the President of Belarus, explained why in 2022 Aleksandr Lukashenko’s schedule became so tight and refuted the point of view that the Head of State focuses only on the economy and agriculture in his work 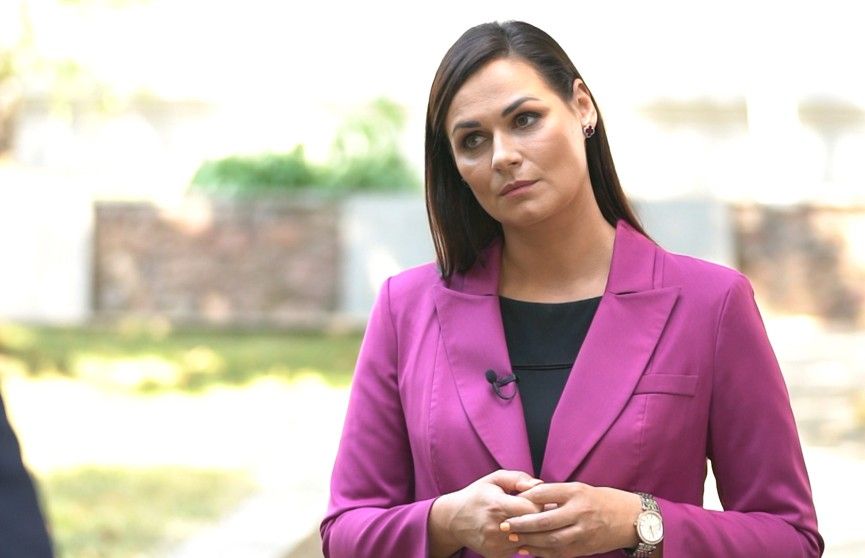 According to Natalya Eismont, the President’s schedule is the answer to the questions that 2022 poses in front of Belarus, the region where our country is located, and the entire planet as a whole.

“The previous years were not easy for us either, but 2022 is the ultimate concentration. A hot conflict is a special military operation, the threat of starvation, unprecedented sanctions and pressure on our country. The question arises: does anyone really think that it is possible to continue to live normally, well-fed, calm, and work as before? By his own example the President particularly shows that it is not the case today. You have heard how many times the phrase ‘get undressed and start working’ has been uttered. It has already been transformed into ‘strain yourself and get to work’, ‘resist and work’. At every meeting in the presence of the media and without, the President repeats the words that ‘we must work, we must not relax’. You understand very well that this is not because he has nothing to say,” the Press Secretary of the President emphasised.

The speaker added that the secret of success today lies in ‘total mobilisation’. “This is our Belarusian mobilisation, each at their own workplace. Let me give you an example, which the Head of State spoke briefly about. In the President’s schedule, Thursday was defined as work with documents. In addition to the pile of documents that the President receives daily, in a short time period – literally from 8am to 11am – he had 12 telephone conversations with officials, ministers, and governor. Each of these conversations was a kind of an interrogation in the most important areas. Everyone is involved and stressed. In general, there were about three dozen offsite events with the Head of State this summer. Dozens of enterprises were visited alongside communication with people, interviews with journalists, meetings in Minsk and more. The President keeps this pace, showing the whole country how to work,” said Natalya Eismont.

According to the Press Secretary of the Head of State, it would be a mistake to say that Aleksandr Lukashenko is focused solely on agriculture or the economy. She explained, “It is being talked about more publicly and there is a need for it. But look, a few days ago we had a major meeting on the development of the national education system. During the entire meeting for three hours, the President asked approximately the same question in different interpretations: ‘what next’, ‘where will we go next’, ‘where is our education system going to’. One of the conclusions that was made in the finals in the absence of journalists: the Head of State said that harvesting and import substitution are the most important, but the main thing is education. Because education is both harvesting and import substitution of tomorrow. Naturally, the international situation is also of concern for the Head of State who is completely immersed in these matters, alongside political issues and a lot of attention to the media. This may not be heard publicly, but the President is immersed in all these processes,” concluded Natalya Eismont.