The 9th Forum of Regions of Belarus and Russia took place in Grodno and showed impressive results: major contracts, the total amount of which reached a billion dollars, new joint projects and plans for co-operation in specific industries. The Presidents of Belarus and Russia delivered video messages at the plenary session. 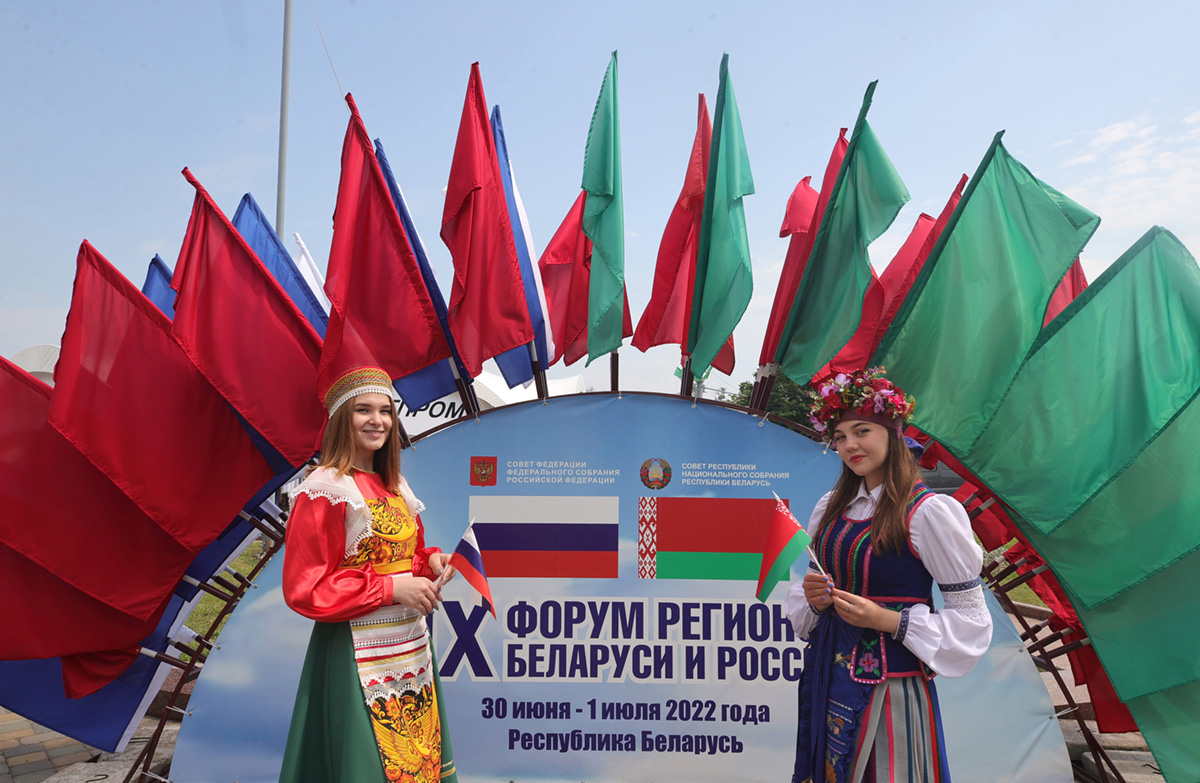 Aleksandr Lukashenko, in particular, drew attention to the fact that the Forum of Regions is actually taking place at the junction of two cultural civilisations — East and West, “We see this as symbolic, because we are committed to a peaceful dialogue with all countries in spite of everything. And while our Western neighbours are bringing NATO troops to our border, we are putting forward absolutely constructive initiatives.”
Aleksandr Lukashenko stressed that for Belarus and Russia, the forum has long become one of the symbols of kinship of the Slavic peoples. Interregional co-operation has always helped out in the most difficult times.
According to him, in the current geopolitical realities, the forum fulfils an important mission, which is to reinforce the economic foundation of the Union State, “We are especially pleased with the real results, which are important for the development of the regions, and for the functioning of enterprises, and for the improvement of the lives of our people in general. Whatever happens around us. Citizens of both Belarus and Russia enjoy equal rights to work, recreation, healthcare and education. Unfortunately, there are no similar examples of care for people living in different states in the post-Soviet space.”

The President of Belarus stressed that the Supreme State Council of the Union State has decided to deepen bilateral economic integration. It is aimed at creating a qualitatively new environment for the turnover of goods and services between our countries, the creation of joint industry markets, “This implies further alignment of macroeconomic policies of the two countries, harmonisation of currency regulations, equal access to government contracts and procurement, introduction of common rules of competition and equal rights for consumers.”
Aleksandr Lukashenko noted that the parties have already begun to implement programmes to work out a single industrial and common agricultural policy of the Union State. Insane and illegal sanctions of the West have pushed us to accelerate solutions in transport and logistics, introduce our own payment systems and settlements in national currencies. This year contacts with the heads of Russian regions have become much more active, the President noted. 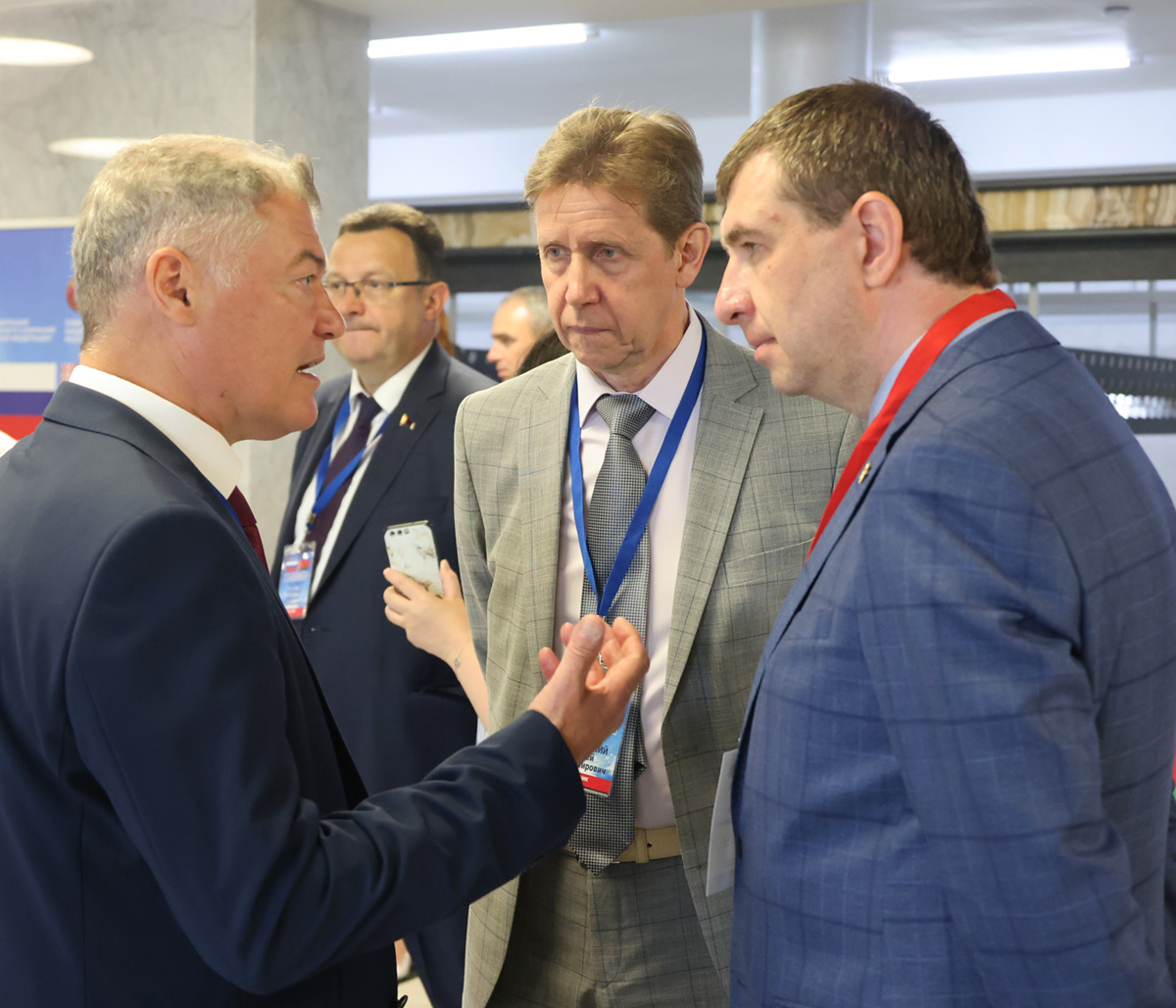 The Head of State added that today, new long-term co-operation prospects are opening up for the two countries. Belarus could take part in the modernisation of key sectors of the economy of Russian regions. A striking example is microelectronics. We are ready to advance from mere trade to the establishment of joint ventures (especially in mechanical engineering and machine tool making), to participate in import substitution programmes. Belarus also has many interesting proposals in the field of agriculture, supplies of equipment and component parts, space exploration, and pharmaceuticals. Aleksandr Lukashenko emphasised that we are not talking about some kind of overlapping productions,
“Everyone will benefit from co-operation in the manufacturing industry. Huge market niches worth billions of rubles were abandoned by Western companies and are now vacant. We will take over these jobs, which will be guaranteed income for millions of Belarusians and Russians.”


‘A number of key developments of the Union State is unmatched’

The President of Belarus also noted that a number of key developments of the Union State is unmatched, “Institutions of the Union State budget and Union State property have been formed and are developing. Union State funds are used to finance programmes in a variety of areas. The programmes promote co-operation between enterprises and enhance the competitiveness of jointly produced products.”
The Head of State proposed shortly to take stock of how the decisions of the forum are implemented. According to Aleksandr Lukashenko, at the present stage, our union plays the role of a locomotive in the general flow of integration processes, and this is a good example of cultural and economic interstate co-operation, “Today the post-Soviet countries should be genuinely interested in rapprochement with the Union State, if they want to save their sovereignty and independence. We have seen that only together can we stand up to global challenges. Those who are still in doubt should understand: without rapid unity and cohesion, without strengthening of interstate relations and just normal human relations, we may not exist tomorrow.”

The President of Russia in his video message said that it is symbolic that the Forum of Regions is taking place in the run-up to Independence Day of the Republic of Belarus. Congratulating the Belarusian people on the national holiday, the Russian leader said, “We will always remember that during the years of the Great Patriotic War our peoples defended freedom and independence shoulder to shoulder, brought peace to all of Europe at the cost of huge sacrifices. Most importantly, Russia and Belarus do not only preserve, but also take to a new level the glorious traditions of strong friendship and mutual assistance. We have reached a truly exemplary level of strategic partnership and alliance. The Union State is an example of a truly mutually beneficial and equal integration.” 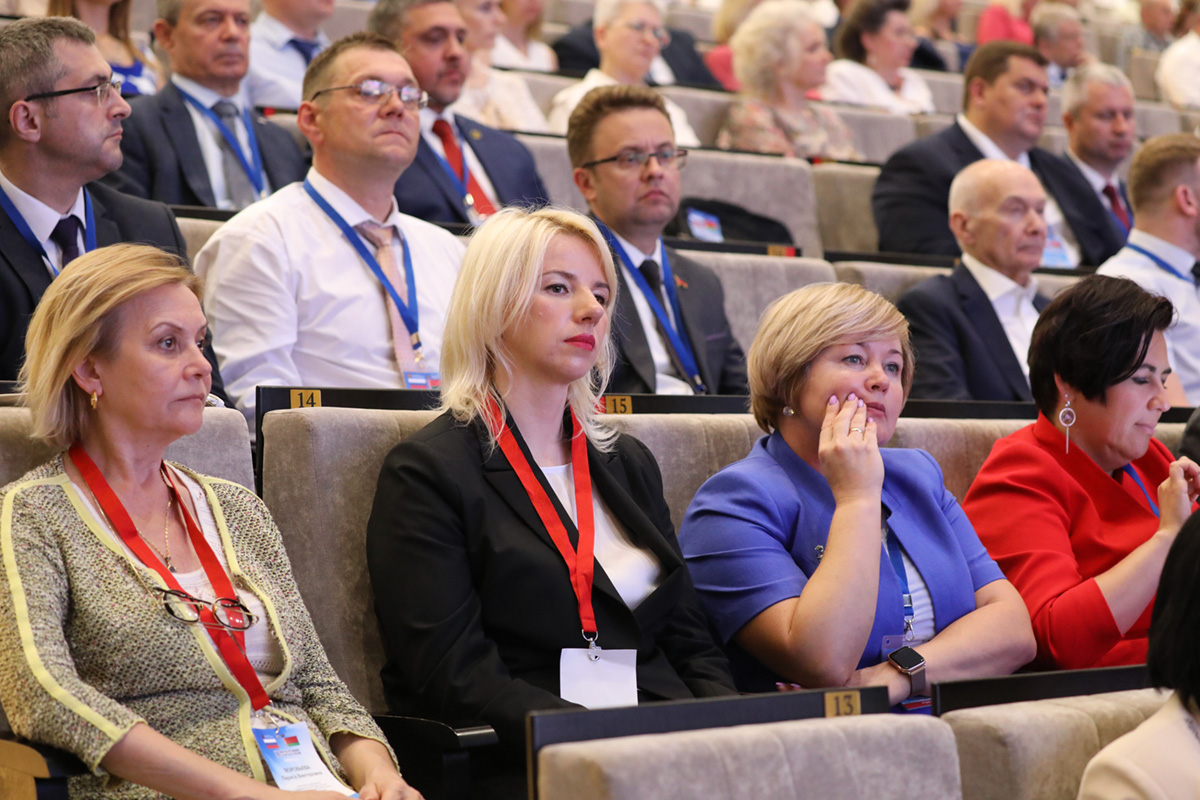 
According to Vladimir Putin, the implementation of the 28 Union State programmes will give additional powerful impetus to economic integration between Russia and Belarus. These programmes are progressing according to schedule. Almost 40 percent of the planned activities have already been implemented. New Union State programmes for the period starting from 2024 are already in the works.
“All these decisions seek to create a level-playing field for our economic operators and to lay a reliable foundation for the common financial, energy and transport market, a common macroeconomic, technological, industrial, agricultural and digital policy,” said the President of the Russian Federation.

Largely due to the active co-operation of the regions last year, bilateral trade between Belarus and Russia increased by more than a third, approaching $40 billion. However, growth is also observed this year. In Belarus there are about 2,500 companies with Russian participation.
“Unprecedented political and economic pressure from the so-called collective West is pushing us to accelerate the integration process,” stressed Vladimir Putin.
In his words, the launch of promising programmes aimed at industrial and technological upgrade is seen as a priority joint task, “Russia is ready to support a number of Belarusian investment projects designed to set up new and modernise operational manufacturing facilities in both countries. Of particular importance is further expansion of co-operation in the high-tech sector, where we already have many examples of successful interaction. This year Rosatom plans to complete the construction of Belarusian NPP in Grodno Region. Belarusian specialists will take part in the construction of the Vostochny Cosmodrome facilities in Amur Region. There is no doubt that Russia and Belarus are set to develop co-operation in agriculture and in supplying fertilisers and food to foreign markets. At our recent meeting with Aleksandr
Grigoriyevich in St. Petersburg we discussed this issue in detail, including the terms of use of transhipment facilities of the Russian terminal on the Baltic Sea for the export of Belarusian goods.”
Vladimir Putin drew attention to another important point — the opening of the Consulate General of the Russian Federation in Grodno.

***
‘The role of interregional co-operation in deepening the Union State integration processes’ was the agenda of the 9th Forum of Regions of Belarus and Russia. The Republic of Bashkortostan of the Russian Federation will be the venue of the forum next year.