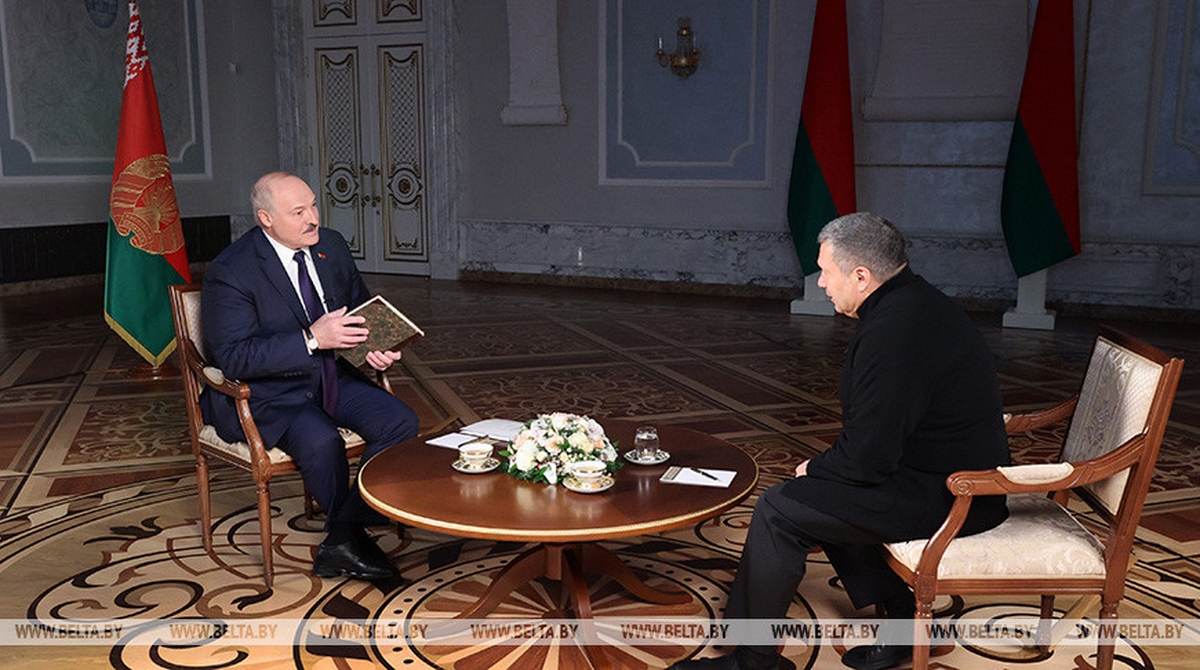 The interview takes place at the Palace of Independence in Minsk. The Pul Pervogo Telegram channel published some topics of the conversation.

“The reasons why Lukashenko is not at the Olympics now, the Fatherland from Minsk to Vladivostok, comparison with Lee Kuan Yew [Singapore statesman, one of the founders of the Singapore ‘economic miracle’ – BelTA)’s remark], traitors: the deepest reason, the hottest topics and events of August 2020,” writes the Telegram channel.

Information about the forthcoming interview of the Head of State with Vladimir Soloviev appeared at the end of last year, as Natalya Eismont, Press Secretary of the President of Belarus, told the Belarusian television.

“I am convinced that we will succeed and that it will be very interesting,” she said.