NATO is actively promoting war in the minds of Europeans – as stated by Belarus’ Defence Minister Viktor Khrenin, speaking at the 10th Moscow Conference on International Security, BelTA reports 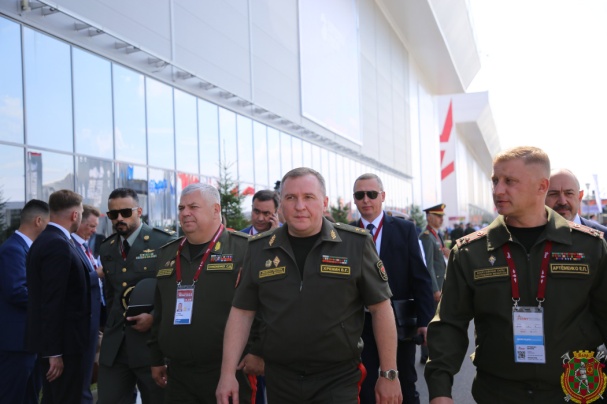 The Head of the Defence Ministry pointed to the obvious threat from the North Atlantic Alliance, “Returning to the assessment of NATO’s role in shaping the situation on the European continent, one more threatening aspect should be mentioned: the active propaganda of war by this alliance,” Viktor Khrenin said. “The idea of the inevitability of a military clash with ‘aggressive eastern neighbours’ is firmly embedded in the consciousness of European ordinary people. “The enemies of NATO are openly named. People are fed with victorious reports that the ‘evil in the East’ will be brought to its knees by any means. It has come to the point that the thought of using tactical nuclear weapons is no longer taboo.”

Belarus’ Defence Minister stressed that the consequences of a nuclear conflict would be disastrous for everyone.

“It seems to us that in this regard the West has come to believe in the illusion that the consequences of a nuclear cataclysm will not affect it,” Viktor Khrenin noted. “I want to say that the consequences will be the same for everyone, including for those who ordered the conflict. We see these hidden customers. In our opinion, these are not states and peoples. The main interests are American and British arms transnational corporations that have grown together with the power elites. It is they who – through the hands of state power – are trying to realise their financial interests.”

More than 700 guests are taking part in the Moscow security forum, including defence ministers, chiefs of general staffs, delegations of military departments, representatives of the expert community from different states, as well as representatives of international organisations. The conference discusses the problems of global and regional stability, as well as various aspects of security in Europe, Asia, Africa, the Middle East, and Latin America.