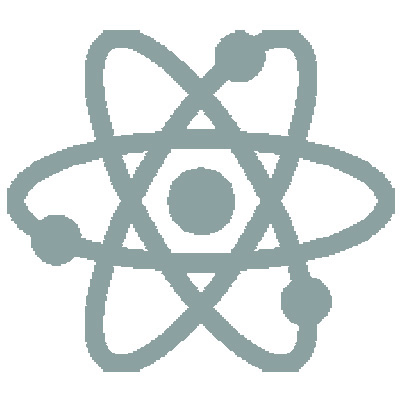 On December 22nd, on Power Engineer’s Day, the first fuel assembly with fresh nuclear fuel was loaded into the reactor core of the second power unit at the Belarusian nuclear power plant. Thus, the beginning of an important stage of the project has begun: the physical start-up of the unit, now estimated at 95 percent readiness. In total, since the start of the Belarusian nuclear power plant (BelNPP), 5.7 billion kWh of energy have already been generated. Meanwhile, global trends in the development of nuclear power indicate that the installed capacity of operating reactors is increasing annually. It is also obvious that nuclear power plants are much safer for the environment. Therefore, as much as they like, our enemies can criticise our country for the construction of a nuclear power plant, in fact, it is clear that we have chosen the right decision and are keeping pace with the times.


On a planetary scale

Experts draw attention to the fact that the development of nuclear energy is acquiring special significance in the context of the implementation of the Paris Agreement, which sets the goal of reducing emissions into the atmosphere. Today, many countries, including the EU, the United States, China and Japan, are adoping different strategies to achieve carbon neutrality by 2030-2060. At the same time, industry experts emphasise that nuclear power is a low-carbon source of energy generation, and direct CO2 emissions from nuclear power plants are practically zero. 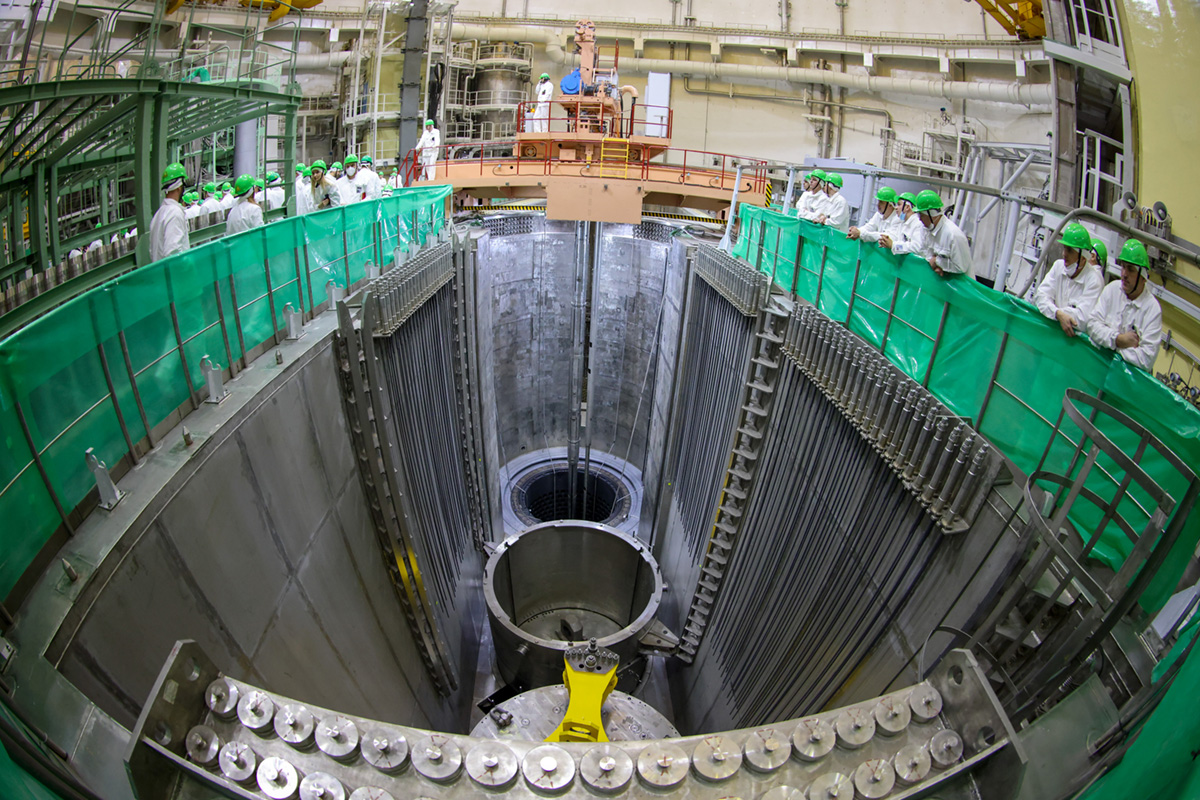 Deputy Prime Minister of the Russian Federation Alexander Novak in the article, entitled The Development of Nuclear Energy is a Necessary Condition for the Global Climate Agenda for the Energy Policy public and business scientific journal, gives interesting figures. Thus, according to the Intergovernmental Panel on Climate Change (IPCC), greenhouse gas emissions from nuclear energy throughout the entire life cycle are equal to 12 tonnes of CO2 equivalent per GWh.
Mr. Novak points out in the article,

“If we evaluate the planetary scale, then the operation of all nuclear power plants in the world gives savings in greenhouse gas emissions at the level of 2 billion tonnes of CO2 equivalent per year, which is proportional to the absorbing capacity of the entire forest area of the planet.”

The key conclusion of the study by the Joint Research Centre of the European Commission, which was released in April 2021, is that nuclear energy is comparable in terms of environmental impact to other traditionally green types of electricity. Moreover, nuclear power has the lowest material consumption compared to other low-carbon types of generation.


Discussions around the atom

In the European Union, since 2018, as part of the development of the European Green Deal climate strategy, discussions have continued on the place of nuclear energy in a low-carbon future.
In March 2021, the heads of seven EU countries (France, Poland, Hungary, Romania, Czech Republic, Slovakia and Slovenia) wrote to the European Commission with a statement that nuclear energy makes an irreplaceable contribution to the fight against climate change, therefore this source of generation should be on the list of approved measures to achieve carbon neutrality. However, this issue has not yet been resolved. One of the most ardent opponents of the idea is Germany, which has not used nuclear energy since 2011. Incidentally, it’s Germany that has one of the highest electricity tariffs in Europe today.

According to the International Energy Agency, a complete rejection of nuclear energy and its replacement with renewable energy sources (RES) in Europe will be $500 billion more expensive than making a decision to extend the life of existing nuclear power plants. And a hypothetical rejection of nuclear energy could lead to additional emissions of carbon dioxide into the atmosphere in the amount of 4 billion tonnes in the period up to 2040.
Meanwhile, the same Germany cannot today cover all energy needs with the help of renewable energy sources, therefore for many years the country has been using thermal power plants operating on coal. And this, according to research by scientists, leads to emissions of carbon dioxide in amount of tens of millions tons. It turns out that all the advantages of RES are offset by huge CO2 emissions due to coal combustion.

France, the leading nuclear energy producer in Europe, occupies a completely different position. In November, during a TV address to the nation, Emmanuel Macron said the country would resume building nuclear reactors on its territory to achieve energy sovereignty and carbon neutrality goals by 2050.
However, Greenpeance assessed the French leader’s words as ‘unrealistic’ and anti-democratic.
Poland, by the way, is also going to actively build a nuclear power plant. The country is often criticised for its outdated coal-fired power plants, which are harmful to the environment, which is why the country plans to build six nuclear power plants by 2040.

The first unit of the nuclear power plant is successfully operating in Belarus, with the network infrastructure being constantly modernised. As a result, all our enterprises, social facilities and housing stock are fully provided with heat and electricity and the country is its reliable exporter.

(December 22nd, 2021, from the congratulations to workers and veterans of the power industry
on their professional holiday: Power Engineer’s Day.) 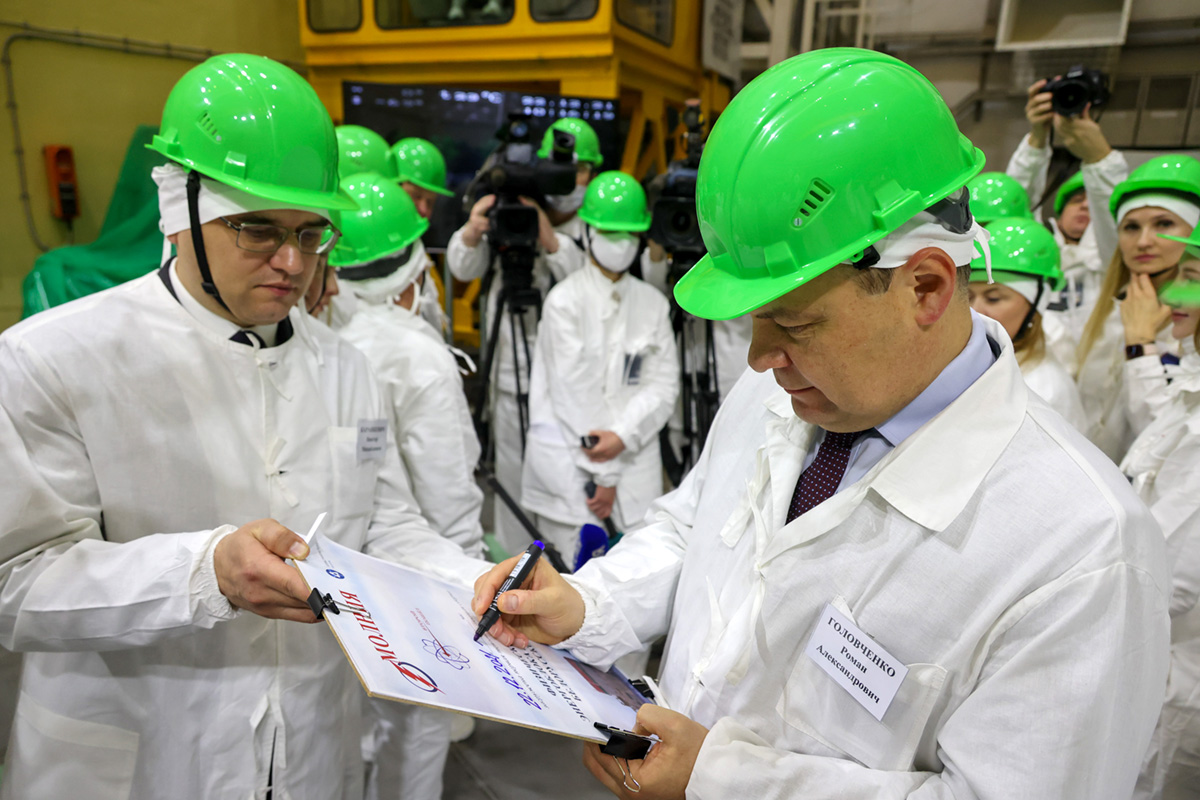 We are continuing according to plan and by summer 2022 we plan to commission the second power unit. Thus, the BelNPP will reach its nominal capacity and generate about 40 percent of the country’s total electricity. This is very important from an economic point of view, enabling us to replace approximately 4.5 billion cubic metres of natural gas. Last year, we generated 6 billion kilowatts of energy at the station. We have already saved about $250 million by saving natural gas.
There is an order from the President to study the issue of building a second station in another region of Belarus. This is not a very simple question, as it is necessary to carry out a large amount of economic calculations, as well as scientific research based on a comprehensive programme for the country’s development. This work is currently underway as planned under the leadership of the National Academy of Sciences and with the participation of our Russian partners. We expect to complete it by autumn 2022 and will submit a proposal to the President.

FIGURES
There are currently 442 operating nuclear reactors in 34 countries of the world, with 51 more reactors being under construction. Five states — the United States, France, Russia, China and South Korea — account for about 70 percent of nuclear power plants.
The total installed capacity of the operating reactors is 394,177 MWe.

FROM HISTORY
The first chain reactions of nuclear fission were produced back in the 1940s and the first electricity was obtained in 1951. In 1954, the world’s first nuclear power plant — Obninsk NPP — was launched in the USSR. In 1955, Switzerland hosted the First International Conference on Peaceful Uses of Atomic Energy, where nuclear power was officially recognised as a new direction in the industry.