The irresponsible policy of the Anglo-Saxons forced Russia to start a special operation in Ukraine. Now the Americans are provoking China. Why?..

The warnings didn’t help. The desire to ensure the victory of the Democratic Party in the November elections to the US House of Representatives overcame all sound calculations. Inspired by the ideas of the struggle for freedom and against autocracy, Speaker Nancy Pelosi nevertheless arrived in Taiwan in order to get off the ladder of a military plane, thereby committing a demonstrative act of interfering in the zone of China’s sovereign interests. 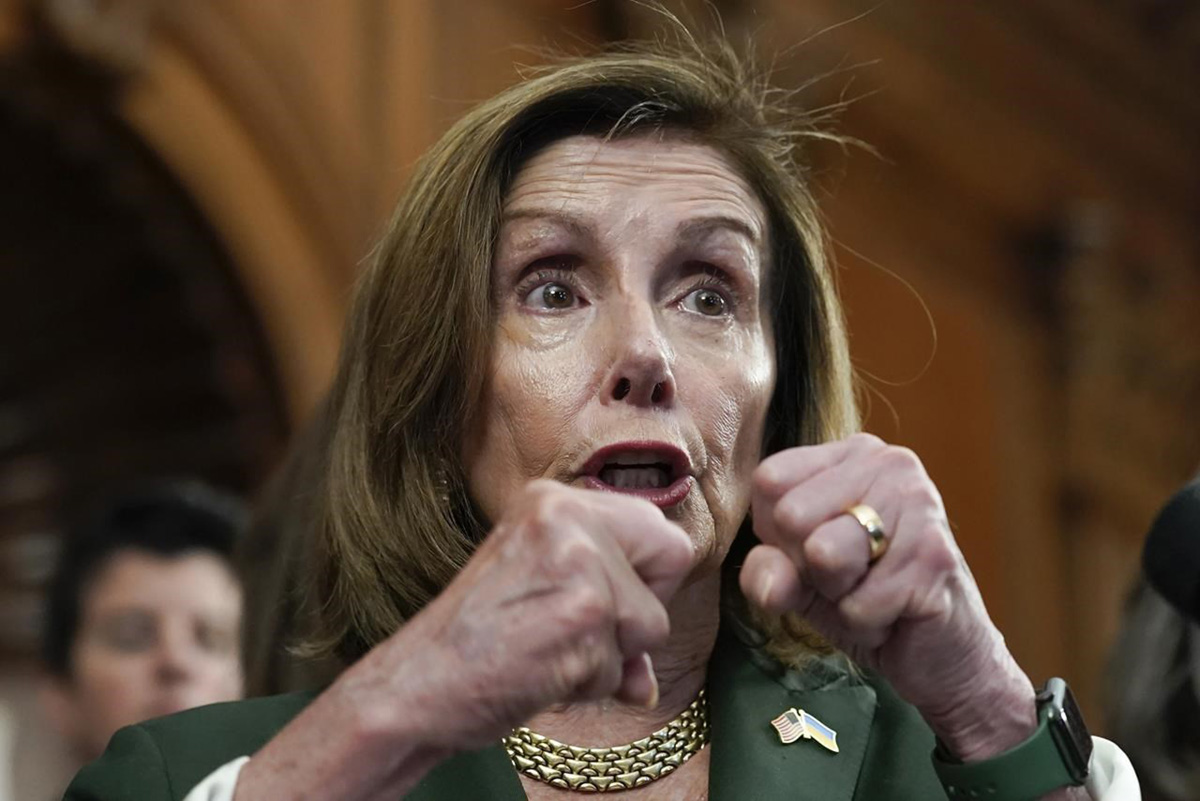 Going to the limit

Naturally, Beijing is not going to forgive such an insult. The Chinese Foreign Ministry immediately issued a strong protest, “No one should underestimate the firm determination, firm will and ability of the Chinese government and people to protect national sovereignty and territorial integrity.”

The Belarusian Foreign Ministry also commented, emphasising that our country fully shares the concern of the PRC regarding the destructive actions of Washington.

The Commission on International Affairs of the House of Representatives of the National Assembly of Belarus also supported the Chinese partners: the deputies reaffirmed our country’s adherence to the principle of one China and supported all the steps taken by the PRC authorities to reunify the country.
It is difficult to say how much the Biden administration calculated the consequences of this adventure. With all options for further development of events, a fait accompli is the annulment of all written and unwritten rules of the game around the situation with Taiwan, which in the past half century allowed maintaining a more or less acceptable status quo, preventing a slide into a direct military conflict in the South China Sea.
And now, when the States defiantly spit on these rules of the game (loudly, juicy and live), Beijing has a free hand: after all, it did not start this game with fire. Xi Jinping, who is due to hold a Chinese Communist Party convention in the fall, will now not let go of the situation without swinging the pendulum in the opposite direction, letting Americans know that they are not omnipotent. Especially when it comes to the most sacred priorities for political circles, and for the entire public of the Celestial Empire.

As Nikolai Shchekin, an analyst at the Institute of Sociology of the National Academy of Sciences, noted, Pelosi flew away, leaving the deeply ill Biden to disentangle the American porridge from green candy wrappers.

“And the point is not even in them, but in the fact that the ‘Empire of Evil’ has completed its historical marathon. And the sooner the collective West realises this, the less irreparable consequences for the whole world will be,” believes the expert.


Roar of the beast

How exactly the PRC will act is another question. It is unlikely that we are talking about a military operation to regain control over Taiwan, at least in the short term. Although... everything is possible. Just in case, Beijing is already now giving unambiguous signals of its readiness to respond, if necessary.
On the day of the lady’s visit, 21 Chinese People’s Liberation Army fighter jets entered the air defence identification zone in south-western Taiwan. Several Chinese warships are stationed near the so-called middle line dividing the Taiwan Strait. Until Saturday, Chinese military exercises will continue in areas around the island. 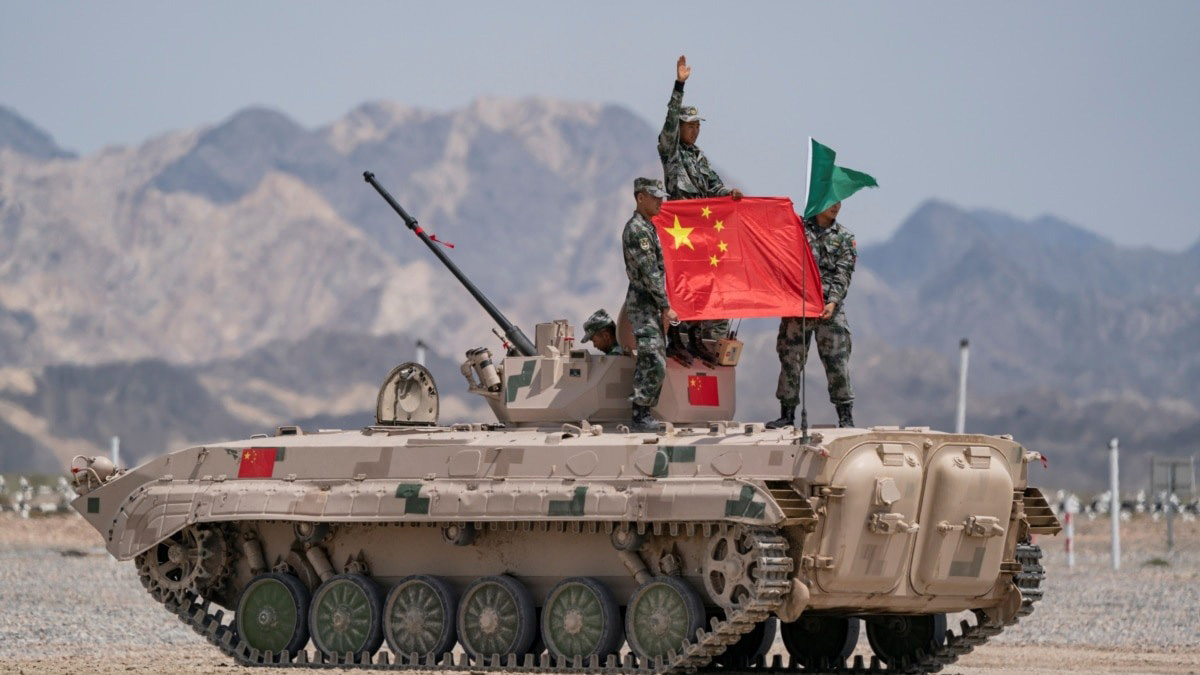 Of course, those who have already imagined the scene of Pelosi’s smoking plane diving down by Chinese artillery will be disappointed: the Chinese are masters of strategy, and they are not in a hurry to start a war. After all, the West will present any hasty action of the PRC as ‘aggression against democracy’, pushing all the blame for destabilisation in the region onto Beijing (the Western media are already full of headlines in a similar nature).

In addition to power, Beijing has no less powerful economic levers, which means a wide range of ways not only to ‘hurt’ the Taipei regime, but also worsen the situation in America itself, which is already bogged down in recession. There are enough channels to ‘block oxygen’: these are the incomes of American corporations, almost half of which are tied to China, and supply chains that have been established for decades, and games on the stock exchanges.

Another method is the economic blockade of the rebellious island by the PRC. Taiwan is the semi-monopoly leader in computer chip production, while China controls 70 percent of the world market for rare earth metals, which are indispensable for the production of electronic components. Already pulling only this thread, you can make the whole world dance! In general, mainland China, despite the entire history of political confrontation, remained Taiwan’s main trading partner, which accounted for 33 percent of the island’s trade turnover in 2021.
And already in early August, Beijing announced the suspension of supplies of natural sand to Taiwan, as well as imports of Taiwanese citrus fruits and some types of fish. In addition, the Chinese government is imposing disciplinary measures against the Taiwan Foundation for Democracy and the Foundation for International Cooperation and Development, and restricts cooperation with a number of Taiwanese companies, including Speedtech Energy and Hyweb Technology. And this, presumably, is just the beginning.

Another important source of pressure on the United States is the changing role of China in the global sanctions game against Russia. Until now, Beijing has maintained a cautious balance: it has not openly supported anti-Russian sanctions, but at the same time, Chinese companies (primarily in the financial sector) have tried to sidestep transactions with Russia, fearing punitive measures from the US Treasury. Perhaps now the PRC will decide to put an end to the sanctions conciliation. And even if Washington begins to snap back with counter fines and blocking, Beijing will have the opportunity to compensate for this with a more active presence in the Russian market.
Finally, the transition to an unequivocal confrontation with the United States objectively pushes China to deepen military-political cooperation with Russia and Iran. Naturally, the importance of the Shanghai Cooperation Organisation is growing, which has the prospect of turning into a military alliance, becoming a symmetrical alternative to the NATO bloc. It is also possible that the nuances of China’s diplomatic rhetoric on the Ukrainian conflict will be adjusted in the direction of greater solidarity with Russia’s position.

In essence, the US has now received a ‘second front’ in its efforts to maintain global dominance. But if Washington paid for the confrontation with Russia mainly with the wallets of Western Europeans and the lives of Ukrainians, then the fight with China promises expenses of a completely different order.

The American establishment, as usual, played their favourite strategy of ‘controlled chaos’, forgetting that the world is not the same as it was 20 years ago, and hitting the great helmsman can cost much more than they expected.