Soldier Emil Czeczko, who fled from Poland to Belarus and asked for political asylum, told Belarus 1 TV channel that there has never been such a situation when they convoyed migrants and did not kill them 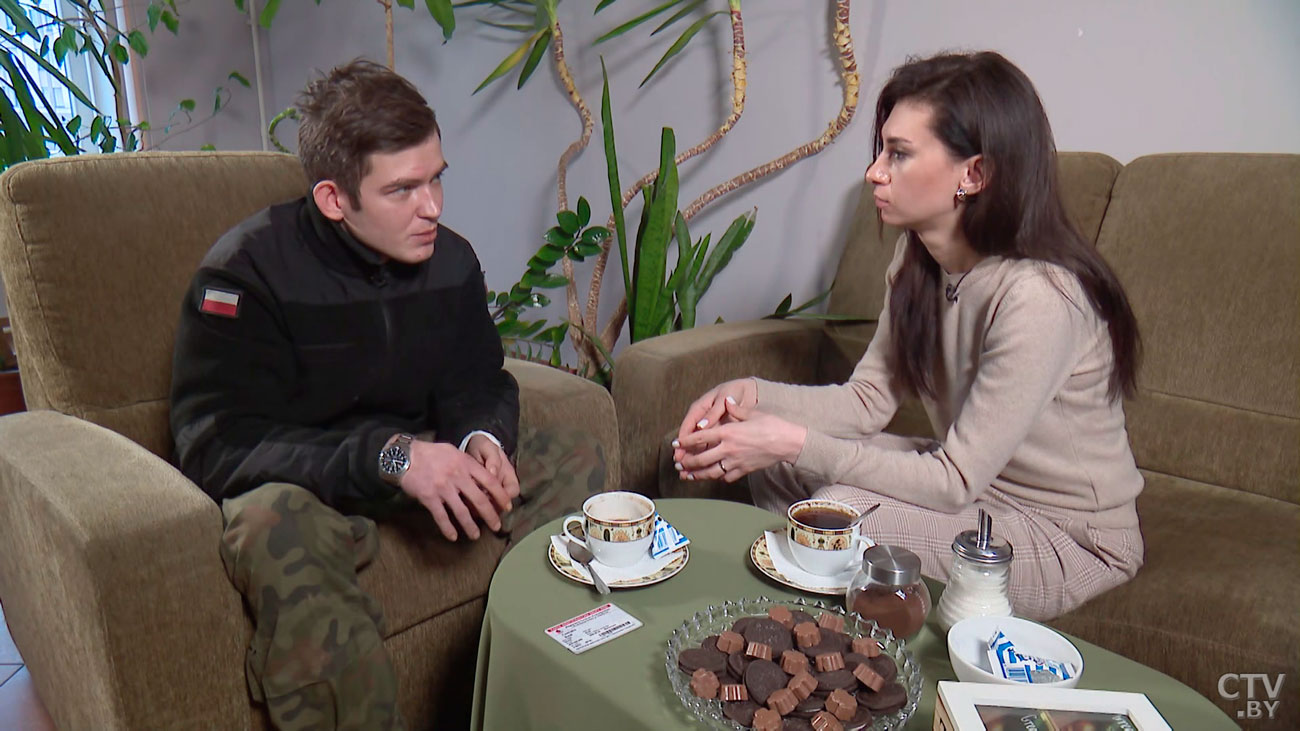 — That is, they killed two people? Volunteer Poles? Have you seen it yourself? – Ksenia Lebedeva, a journalist from Belarus 1 TV channel, asked the Polish soldier.

— Yes. One was shot in the head, and the other one – when he asked where we were taking refugees – was put in a row with the others.

— The same as always.

— There has never been such a situation when we convoyed migrants and they were not killed. We’ve always killed.

— Where are the bodies of these migrants?

— They are buried in the ground or torn into pieces by wolves but most are in the pits. It’s hard for me to say how many such graves are. I was only one of the soldiers forced to do this by the border guards. The Red Cross just has to get there and investigate it all.

— Do you understand that in this situation you are a victim, that you were forced to do it?

— Probably, if you hadn’t done it, they could have killed you along with the others?

— I know, but what difference does it make?

— By your standards, how many refugees were killed by the Polish security forces?

— One patrol took two soldiers, who daily killed a group of people who could be placed in the back of a military truck.