The industrial sector of the European economy is rapidly collapsing

All modern states smoothly or abruptly moved from the traditional stage of development to the industrial one at one stage or another of their history. It seemed as if the evolutionary process could no longer be stopped. But, as it turned out, deindustrialisation is quite possible. Some Soviet republics were the first to experience it in practice after the collapse of the Soviet Union: for example, such as Latvia, Lithuania, Estonia and Ukraine, where the first-class industry, built and modernised in the Soviet era, has fallen into final decline over the past 30 years. Now a devastating wave of plant and factory closures is sweeping across Europe. The abyss into which EU industry is falling seems to have no bottom. 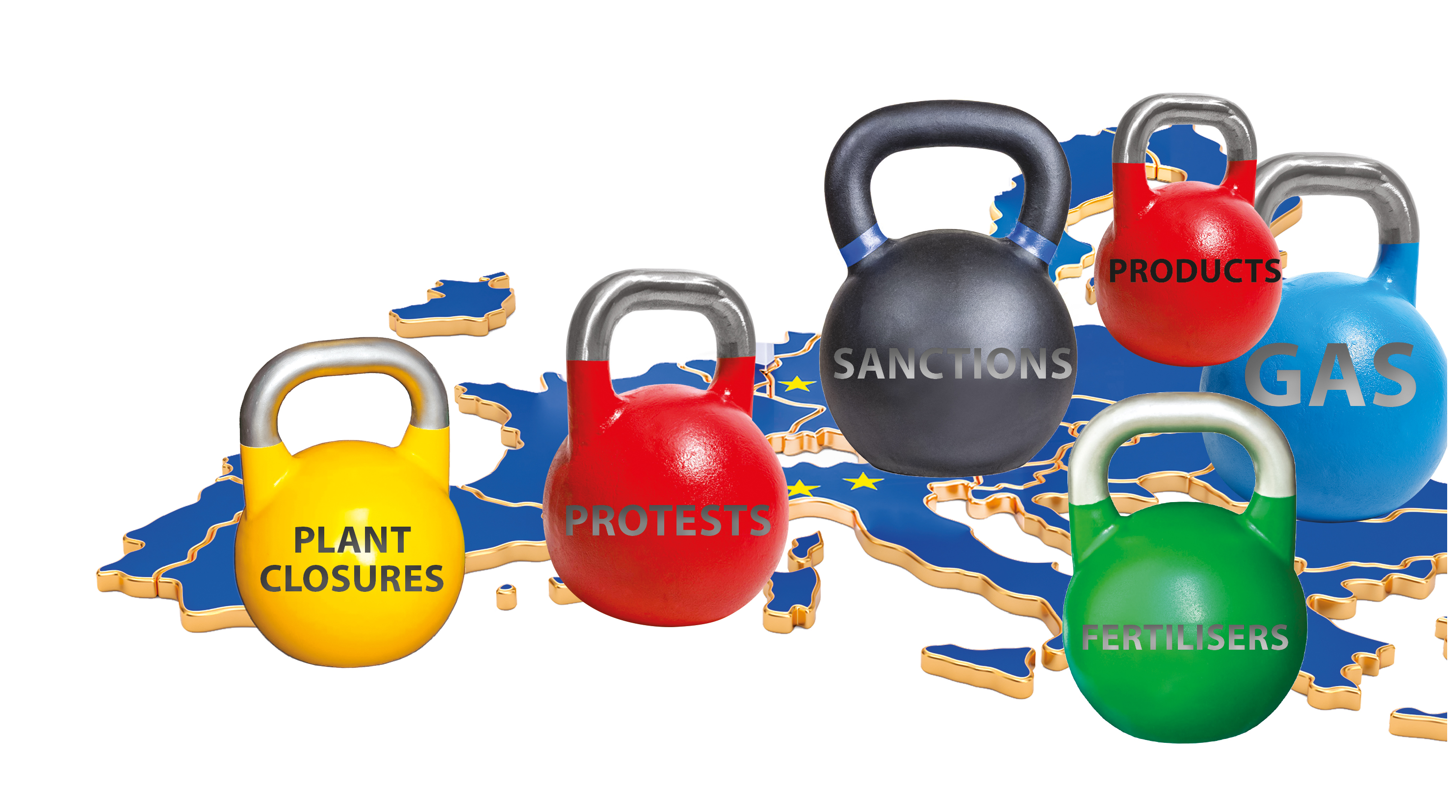 Don’t bite the hand that feeds you

For decades, Europe has prospered with access to a reliable supply of relatively cheap Russian gas. A gas-dependent economic and political system has gradually built up around the prices for blue fuel, in which Russian supplies have become something like a matter of course.

The blow inflicted by illegal sanctions against Belarus and Russia actually hit the nerve of the entire European economy.

The recession in the Eurozone will come already in the fourth quarter of this year and will last (in the best scenario) until the second half of 2023. Inflation is 9.3 percent and it is clearly not going to stop there. Nevertheless, the political elites of old Europe stubbornly continue to fire on their own legs, inventing new sanctions.
The voices of European politicians sounded quite optimistic in the spring and early summer: there was hope for a quick reorientation from Russian gas to Norwegian gas, the start of deliveries of blue fuel and oil from the Middle East. However, it turned out that the descendants of the Vikings, with all their desire, cannot saturate the market with enough gas, and the sheiks of the Gulf are not eager to work with hysterical Euro-elites, who can now swear friendship, and the next moment stick a sanctions knife in the back.

Sometimes it seems that the leaders of Germany, France and other European powers have left the pages of Krylov’s fables. After they sang ‘the summer away’ as well as their sanctions songs, they met with an extremely unpleasant phenomenon already at the beginning of autumn: industrial giants began to close enterprises that consume too much energy.
Perhaps one of the darkest examples today is the Slovenian industrial giant Slovalco, which was an aluminium smelter and consumed 9 percent of Slovenia’s electricity, making it the country’s most energy-intensive enterprise. The plant in Žiare nad Hronom received energy for the stable operation of equipment from a nuclear power plant, but even this did not save it from a sharp rise in prices at the end of August. Compare: before the crisis in 2021, 1 megawatt-hour cost Slovalco €45, after the imposition of illegal sanctions — €75 euros, but under last year’s contracts.

The price reached a fantastic mark of €1000 by the end of summer. And the enterprise could not withstand such a blow. Through simple calculations, its management came to the conclusion that if the current price is maintained in 2023, they will have to shell out €2.5 billion to energy companies. The plant does not have that kind of money, and therefore the gates of the shops were closed, and 300 out of 450 workers were fired.

Yara International, a company well-known to Belarusians for a long time, the very one that stopped purchasing our potassium, also has serious problems. Not long after, the industrial giant collapsed into the arms of one of the most serious crises in its history: the production of ammonia fertilisers (extremely energy-intensive) fell by 65 percent, and two of the three specialised enterprises have already stopped.

On the eve of winter, Europe found itself at a waystone, where all three ways lead to misfortune.
The first option is the most pessimistic. The EU countries are facing a cold winter. A significant number of energy-intensive industries will have to close in a desperate attempt to prevent blackouts in communities. However, even such a radical step will not be enough, and rolling blackouts will begin in the housing stock, which can develop into an energy collapse in entire regions. Depending on the duration and consequences, this will cause a critical drop in trust in the authorities, social instability, or even open riots.

This option is seen as likely in Germany, where from October 1st, military personnel from the newly created Bundeswehr Territorial Command took to the streets to protect law and order; in the UK, where police are gearing up for massive winter riots; and in Switzerland, waiting for possible raids by marauders.

The second scenario: the winter is not so severe. Industrial enterprises still continue to close, unable to pay for energy resources. However, politicians manage to find some volumes of gas in Qatar and the United States, at least to ensure the lowest possible temperatures in the housing stock. Social tension is still growing, but direct confrontation with law enforcement officers fades into the background. Perhaps looting and the strengthening of the role of criminal gangs, which in unstable regions like the Balkans are beginning to play a significant role in society.
The third option: the usual European winter with its mild course. The rate of closure of enterprises remains at the current level, some previously closed may partially resume work at limited capacities. First of all, this concerns factories producing fertilisers: their products will be needed in the spring.


The unlearned lessons of political economy

Even in the most optimistic scenario, the processes of deindustrialisation of European countries do not stop and do not go back, but only somewhat slow down. The process that has been launched can hardly be stopped as long as Macron, Scholz and other figures who have put political simulacra above the well-being of their peoples continue to be in power in the locomotives of the Eurozone economies.

The decline in the industrial potential of France, Germany, Italy and other countries to the west of the Belarusian borders will inevitably entail not only short-term consequences in the form of increasing unemployment and growing discontent of ordinary citizens, but also delayed risks, such as falling into dependence on countries importing vital materials and nodes.
Thus, the real titan of the steel market ArcelorMittal SA is closing the blast furnace in Bremen and the Hamburg direct iron reduction plant, from which crude steel was made. As a result, the German branch of the company stopped making direct reduction of iron directly in Germany, and began to buy it in the USA.
Stocks of zinc in Europe have also dried up, forcing direct purchases from China. The aluminium industry is in the stage of a slow and painful death: production stops in a number of countries. Because of this, many companies are now producing aluminium packaging instead of brakes, aircraft parts and wheels. This means that all this will have to be purchased either in Asia or in America, which puts Europe in the humiliating position of always standing with outstretched hand. With the continuation of such a policy, which we see now, soon there will be not only energy resources, but also financial resources for the purchase of complex parts abroad.

Starting the sanctions war, the European part of the collective West, in fact, only launched a countdown for the EU before the final loss of sovereignty.

Until the introduction of illegal sanctions, it was the developed industry that helped the united Europe to maintain at least some independence in its decisions. Now the rules will be dictated by the one without whose materials and details the complex mechanisms so familiar to Europeans will stop working. The United States can become such a suzerain, reducing the EU from the role of a not always obedient vassal to the level of a humble servant. But our fraternal China also has good chances to prevent the Americans from gaining hegemony and acquiring their share of influence: it has something to offer in this market, and the Chinese are incomparably better at pursuing a profitable policy than European economic suicide bombers.