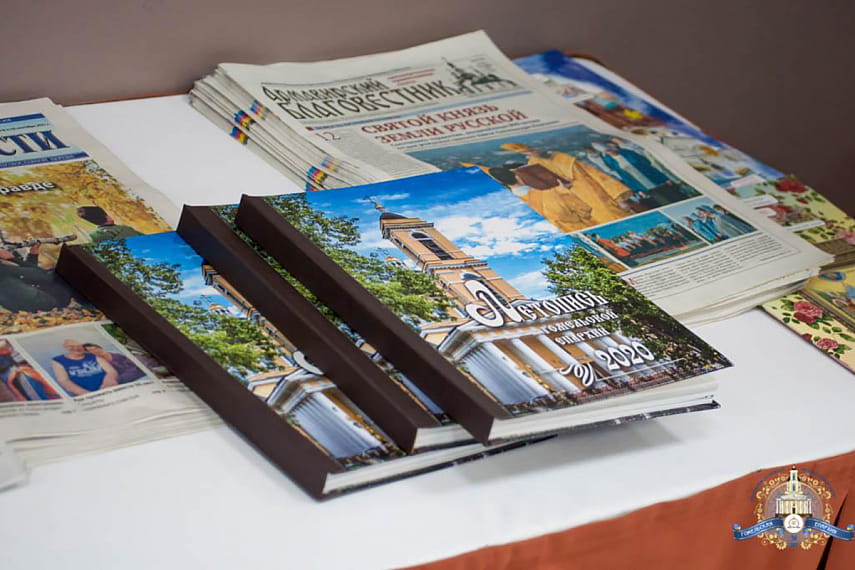 The Faith and Word media festival – co-organised by the Synodal Department for the Church’s Relations with Society and Mass Media and the Press Service of the Patriarch of Moscow and All Russia – aims to consolidate church and secular journalism, identify new forms of co-operation between the Russian Orthodox Church, and find ways to develop the Orthodox media system.

As informed by the diocese, with the blessing of His Eminence Archbishop Stefan of Gomel and Zhlobin, a delegation from the Gomel diocese, headed by its Chairman of the Information Department, Archpriest Oleg Kostroma, takes part in the forum, representing its chronicle as part of the Orthodox media exposition.

A meeting of delegates with His Holiness Patriarch Kirill of Moscow and All Russia on October 21st will crown the festival. Clergy, representatives of dioceses, employees of secular and Orthodox media, Orthodox volunteers and all those present will have an opportunity to ask him questions.

Round table discussions, master classes, meetings with public opinion leaders, presentations of various informational and socio-cultural projects and many other events are scheduled.

The Faith and Word International Festival takes place every two years and is a significant event for the Orthodox media, representatives of diocesan press services and the church media community of Russia and neighbouring countries. The event gathers more than 400 participants from 177 dioceses of the Russian Orthodox Church, including representatives of the Gomel, Brest, Mogilev, Lida and Pinsk dioceses of the Belarusian Orthodox Church.