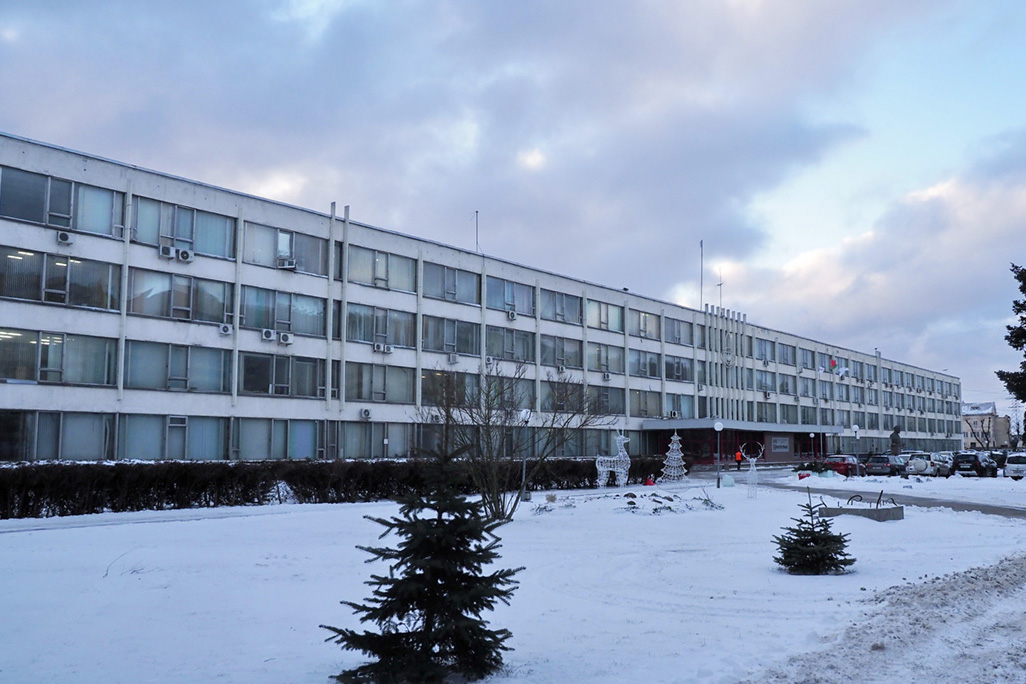 Recently, the United States has made generous pledges of imposing unprecedented sanctions against Russia. In particular, they threaten to limit the supply of smartphones, as well as chips made in America or using American technologies. There are many smartphones from other countries that are more friendly to Russia. However, that overlap of the chip market is a threat of a completely different order. Electronics today controls the ‘space’, the energy system, and other infrastructure. That is why attention is paid to the development of the radio-electronic industry at the highest level in Belarus and Russia. Skill sets and own production are the most important and fundamental elements of national security. It should be noted, that Belarus managed to maintain and develop the scientific potential in this area. Partly due to our capabilities, significant industries of the Union State will not experience a shortage of microchips. Moreover, today Integral JSC is one of the centers of scientific knowledge development. By the way, they are possessed by individual states. We are glad that we are among the chosen ones. This is one of the reasons why Western governments don’t like us very much. 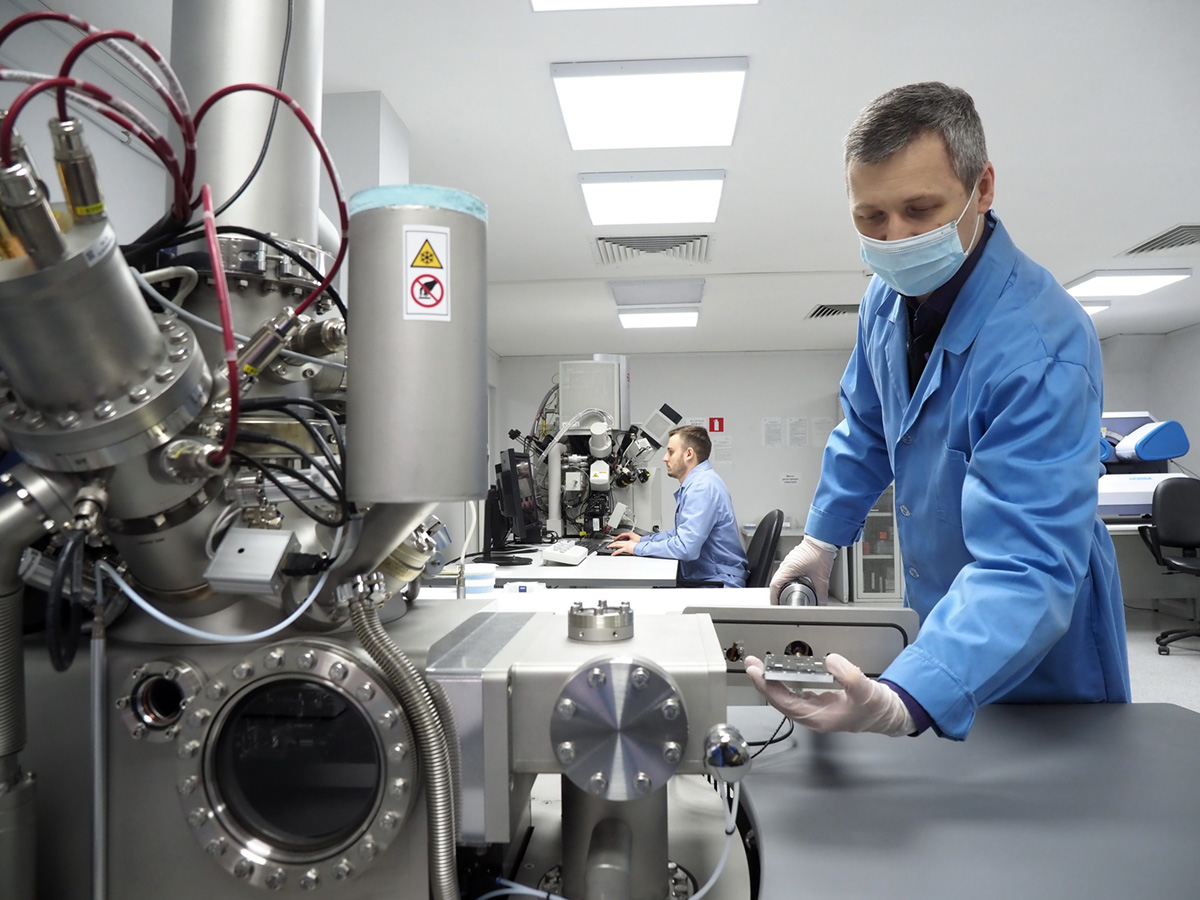 Why are Americans very much concerned about bringing back microchip production capacities from overseas? The reindustrialisation of the country is one thing, a matter of national security is another. Cyber threats are multiplying and becoming more complex every year. It’s impossible to relax when there is no complete control over the production — from scientific development to the release of finished products. Especially if we are talking not about numerous household chips, but about special microchips that are used in electronic control systems of, for example, fuel and energy enterprises. In a microchip, there can be over a million transistors, and quite imperceptibly one can ‘hide’ a few extra ones. They could ‘sleep’ and remain invisible. But these so-called hardware trojans are capable of activating at the right moment: they could start an unauthorised transfer of information to the ‘owner’, or disrupt the operation of the entire electronic system and even destroy it.
The pandemic has clearly demonstrated that there is always a risk of falling into economic dependence when outsourcing electronics. We should not forget about the deterioration of political factors, and while it is still possible to do without a smart kettle, we must manage on our own at least in fundamentally important strategic industries, even if it costs us more. 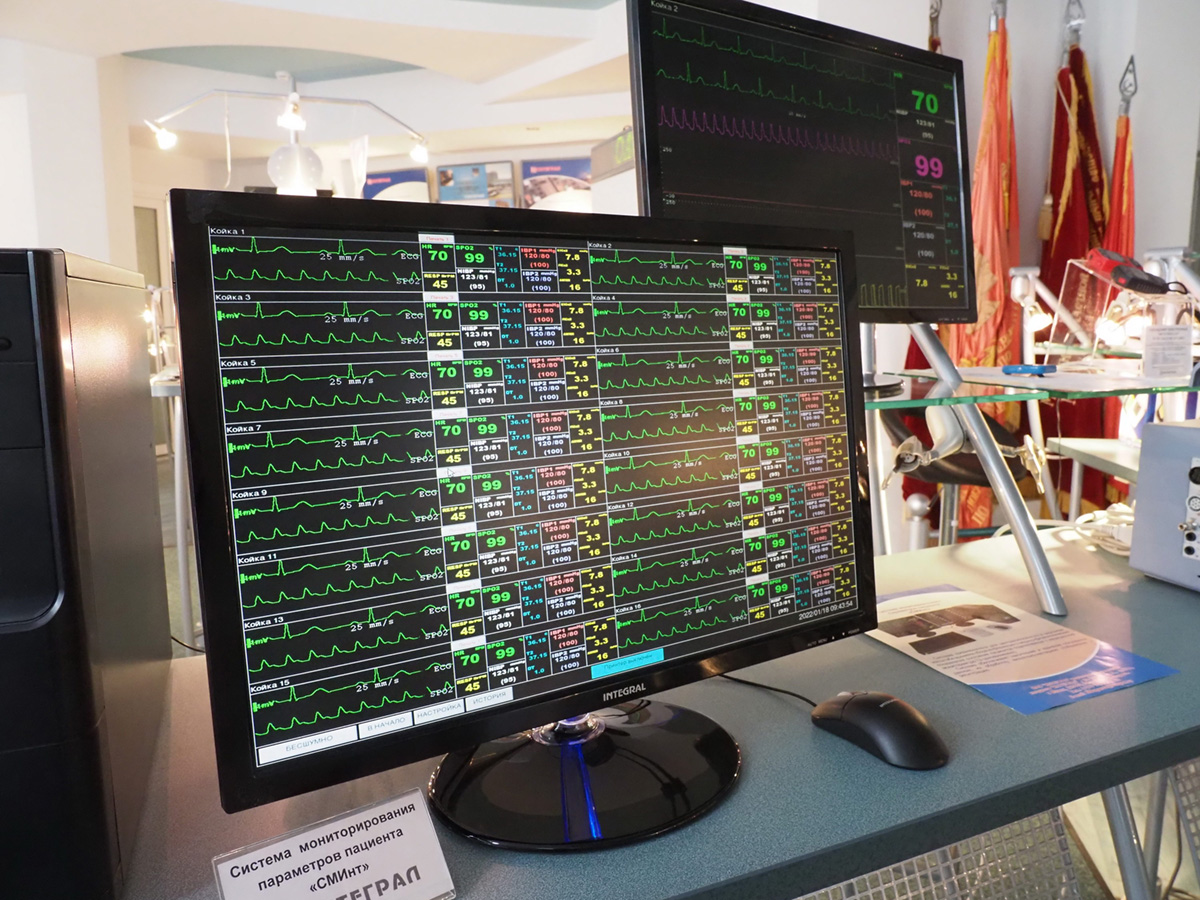 Belarus managed to maintain a scientific school, an educational base in the field of radio-electronics. However, Integral has largely become the centre of attraction of skill sets. After all, the own production base is crucial for the qualitative development of the industry. By and large, the key task of microelectronics is to ensure national security. In itself, commercial production is already a derivative: it is used to load production capacities, optimise development costs. Who is the leader in the production of gadgets today? The same countries that are leaders in the space industry (this implies communications, navigation systems, geodata acquisition for various purposes, and much more), industrial technologies, and other strategic areas (special chips are used there), shape the agenda of wholesale digitalisation today. Technological and production skill sets in radio-electronics are concentrated in the same states.
For example, the production of chips for satellites is an extremely complex process. In space, the product is exposed to various radiations and other adverse factors. Such electronics must operate uninterruptedly for at least 15 years, so such microchips are expensive, but relatively few of them are required. Production equipment, laboratories, research work cost a colossal amount of money. Therefore, they are used for commercial purposes — releasing smartphones, various gadgets, stuffing for smart homes, and the widest range of chips. However, all these are, in fact, derivative products.


Science is a priority 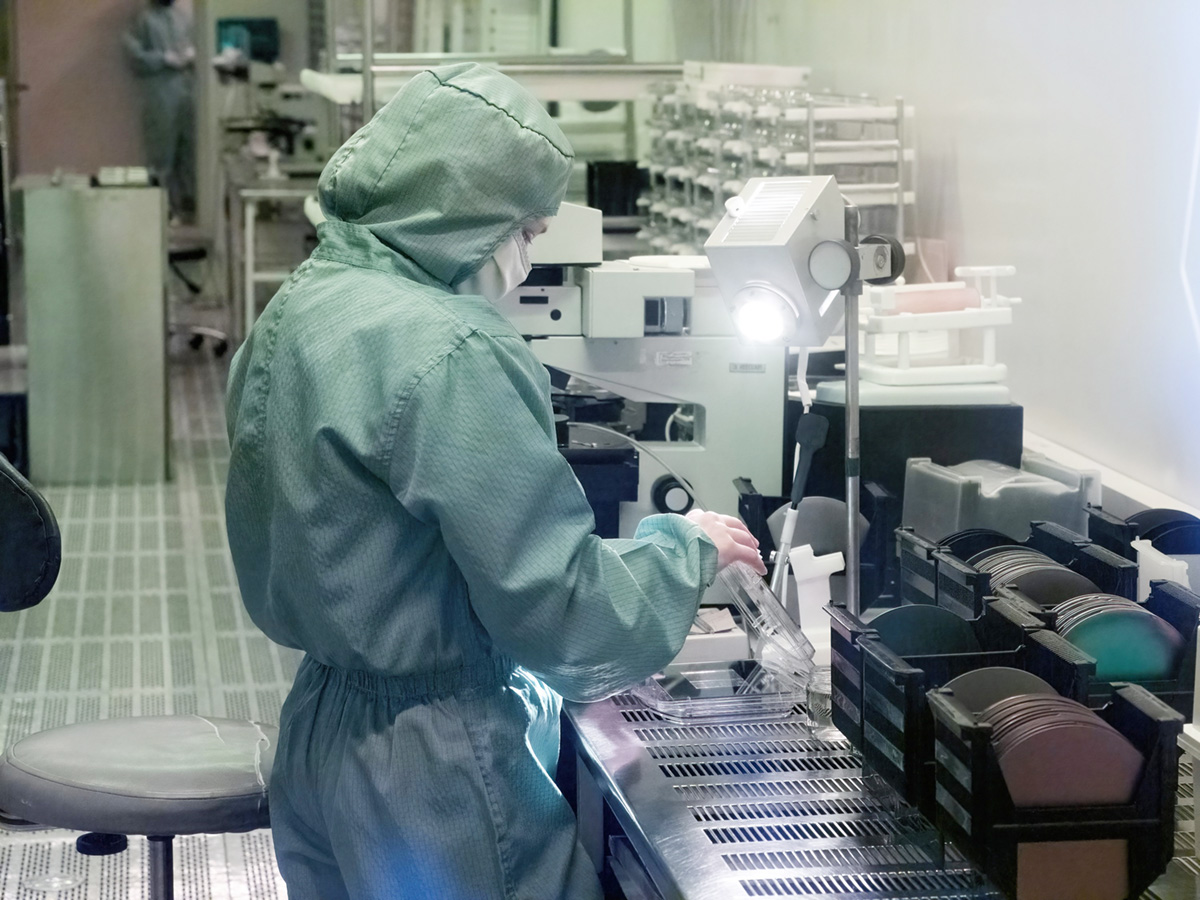 How many times there have been calls: maybe we should shut down plants like Integral? Let’s just place confidence in transnational corporations and produce some electronic products under their strict control. They are in demand, there will be jobs. But still, from time immemorial, the world has been ruled by science, knowledge, skill sets, and not assembly production. The global elites understand this. That is why sanction attacks on China intensified when the country began to take not just economic, but technological leadership in the world. Just like the integration processes between Belarus and Russia within the framework of the EAEU, which cause an inadequate reaction. Integrating efforts in radio-electronics creates a powerful basis for qualitative development.
Yes, we do not produce smartphones, but do we have to? Is it necessary to engage in, in fact, manual labour with our modest labour resources? Even if such work is deeply automated. 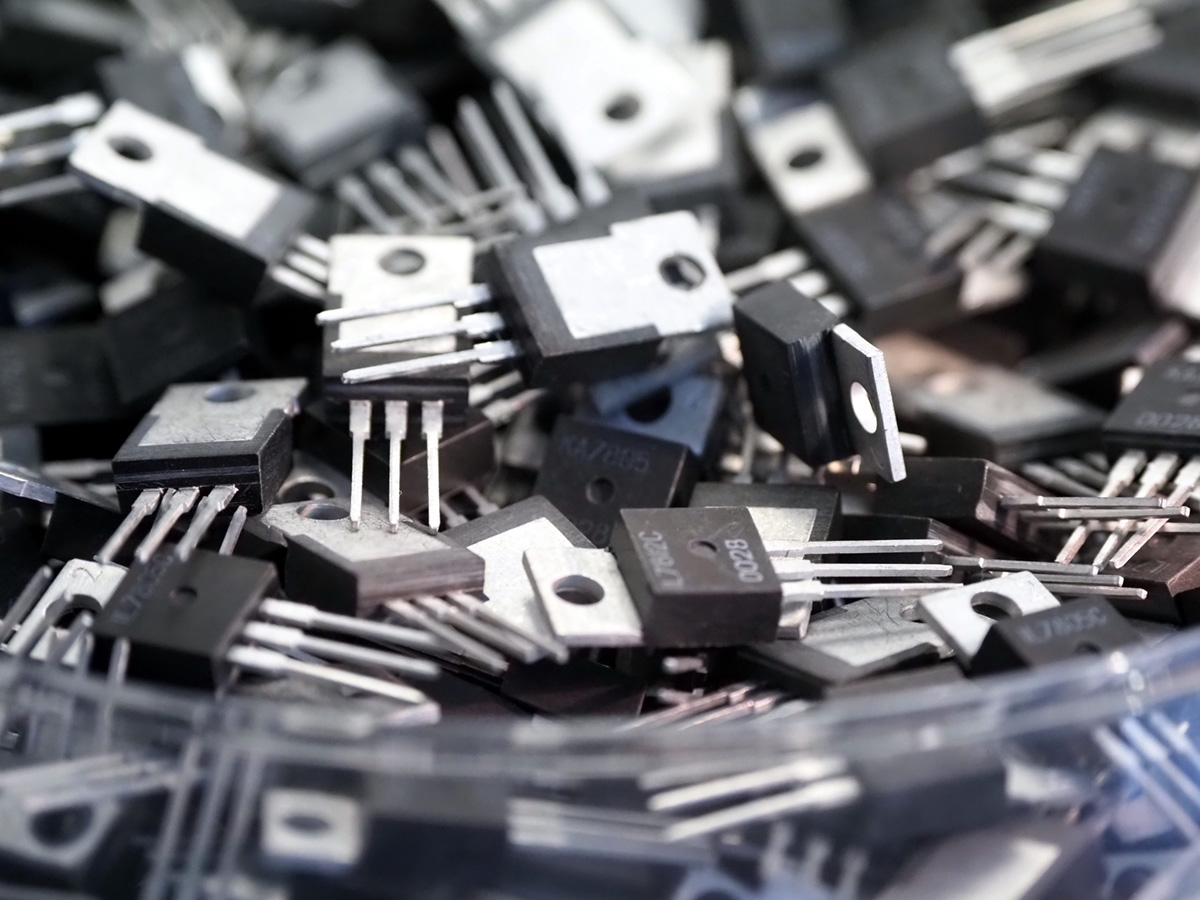 At least Belarus has one of the best scientific schools in the field of protection of microchips and electronic products from various radiations. Even experts from NASA and the European Space Agency learn from the books of our scientists. The two-volume Viruses, Hardware and Software Trojans: Attacks and Countermeasures by our academician Anatoly Belous and his colleagues became the first scientific work in this direction (at least in the public domain), translated into many foreign languages and, one might say, became a bestseller for experts in this area. Belarus has a background for the development of radio electronics, but this direction is very capital-intensive. Even developed countries often cannot afford to invest in high technology alone. That is why cooperation between Belarus and Russia in this area is extremely important, although it frustrates other world powers.

THE FOCUS
Today, the analytical and research base at Integral JSC is one of the best not only in the CIS countries, but globally. The Belmicrosystems Research and Design Centre (a branch of the Integral holding) assures trouble-free production operations. It should be noted that, among other things, the high level of scientific work allows the company to make products of the highest quality. Despite the fact that the company’s product range includes many special products that are used in difficult external conditions (for example, in space), Belarusian microchips have shown high reliability.