The writer and TV presenter Clifton Fadiman, being a big fan of various cheeses, once presented an elegant epigram, which eventually became an aphorism: ‘A cheese may disappoint. It may be dull, it may be naive, it may be oversophisticated. Yet it remains cheese, milk’s leap toward immortality’. 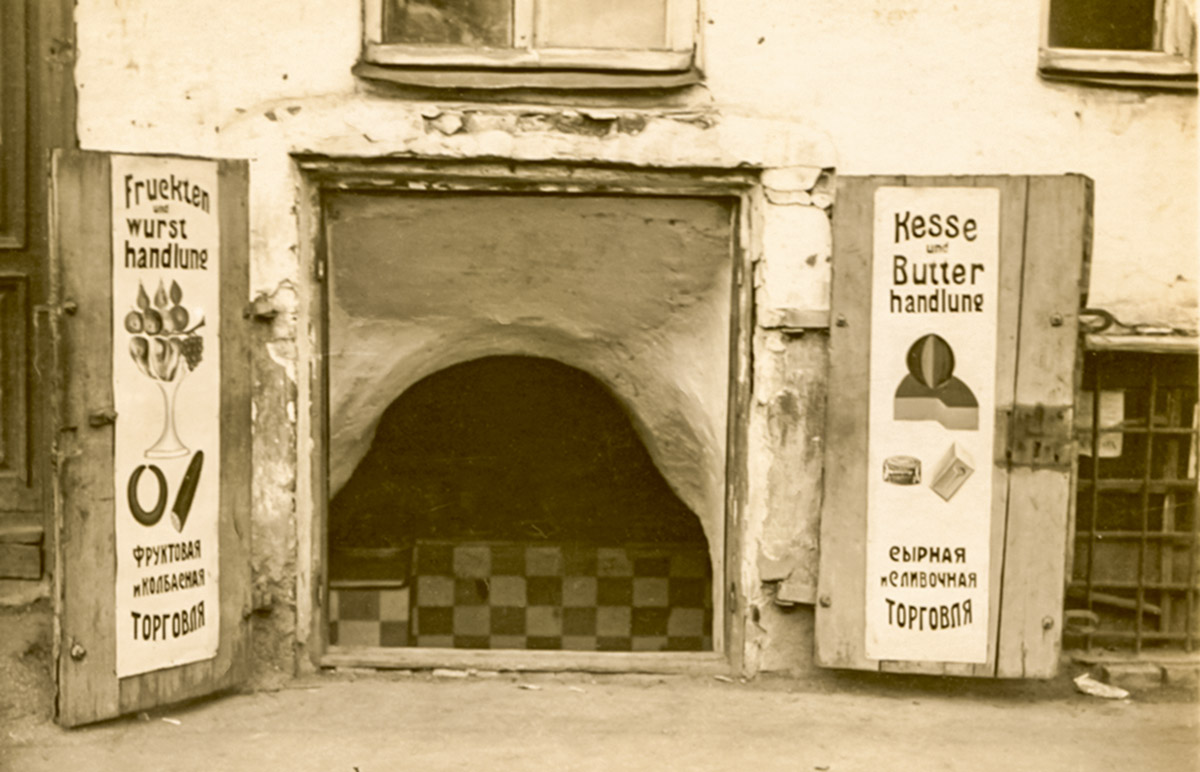 Humanity met with a highly nutritious food product obtained from milk fermented in a special way thanks to the Persians in pre-Christian times. Historians believe that bread and cheese are practically the same age, because the earliest samples of cheese appeared 7,000 years ago. It is not known for certain when it was first tasted in the Slavic lands, but some sources claim that the pagan Slavs sacrificed cheese to their deities long before the Christianisation of Kievan Rus. By the way, the name itself is also of Slavic origin and is based on the word syrój [raw in Russian], which was determined, so to speak, by the original manufacturing technology: the milk for curdling was not heated and reached the desired condition naturally. 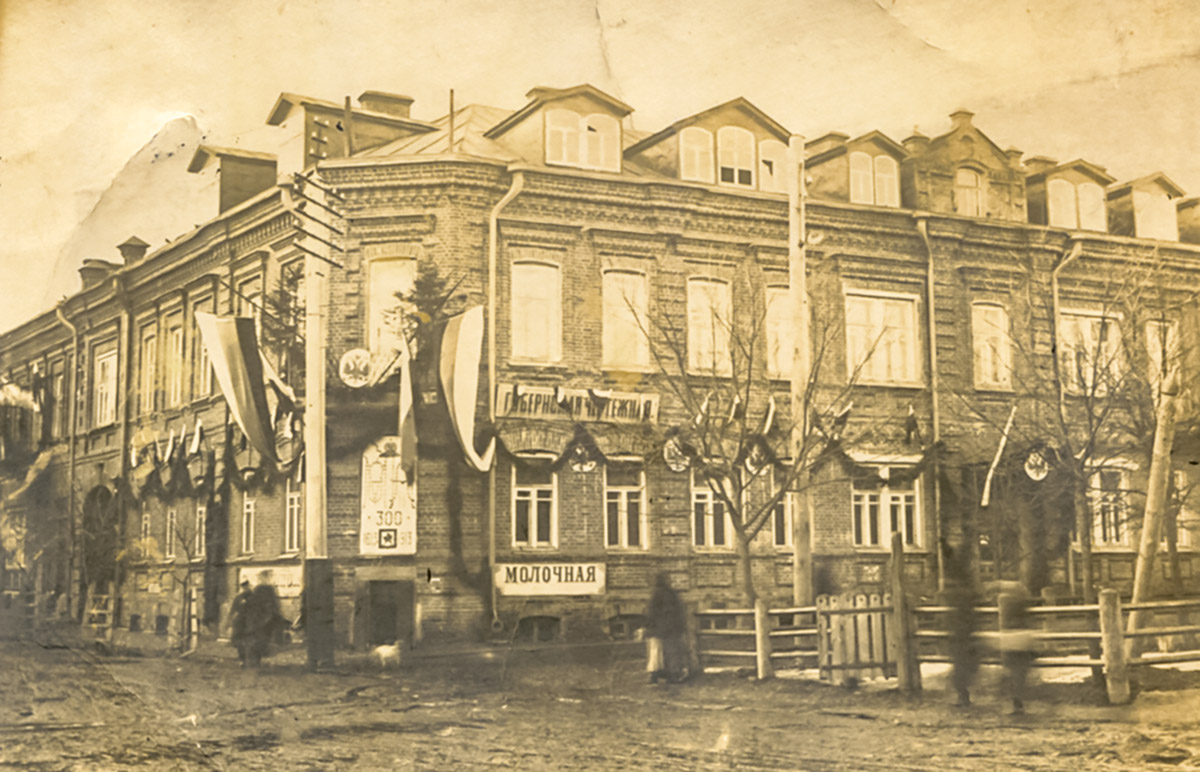 Mogilev. Dairy and cheese shop. Beginning of the 20th century.

The foundations for the production of a product so loved by many people were laid during the Grand Duchy of Lithuania, when craftsmen from Europe arrived at the territory of the present Brest and Grodno regions, who perfectly mastered the secrets of cooking various types of cheese. Small settlements of cheese makers from Holland, Germany and Italy were formed in the neighbourhood of Grodno, Brest, Kobrin and Novogrudok in the 17th century. Most of the products they made were sent to Europe, Russia and the Nordic countries. The production of cheeses according to classical Western European technologies on a relatively industrial scale began only in the 19th century, when relatively large butter and cheese enterprises began to develop on the estates of Belarus. So, the cheese factory of the landowner Kantorovich in the Kobrin District specialised in the production of Dutch cheese, which was made according to the most modern technologies of that time and was extremely tasty. Kobrin products were always popular in Warsaw, Vilna and St. Petersburg.

Count Nikolai Petrovich Rumyantsev, known for bold innovative commercial enterprises, invited glorious cheese makers to work on his Gomel estate, who used the Swiss recipe in the 1820s: their product was delivered to St. Petersburg and Moscow, including to the imperial table.
Since 1859, the Brokhotsky landowners have launched the production of one of the first mass varieties of rennet cheese in the Russian Empire on their Gorodiy estate (on the territory of the modern Stolbtsy District). It is no wonder that it was named ‘Brokhotsky’ by the name of the creators, nevertheless, until 1939 it was not just very popular, but also served as a standard for cheese produced in Belarus.

There were already about 200 cheese and butter factories in Belarus by the end of the 19th century.

The products of the farms of the Disna and Oshmyany Districts, which used improved methods of processing milk to make butter, Swiss and Dutch cheeses, enjoyed excellent taste, and therefore deserved popularity. The estates (there were 8 of them as of 1900) of the Mogilev Governorate were in good standing — the cheeses they produced were considered as one of the best on the market in the North-Western Territory and were supplied to Odessa, Moscow and Kyiv. As before, the products of Brest, Kobrin, Slutsk, Novogrudok, Oshmyany and Igumen landlord enterprises were highly rated. 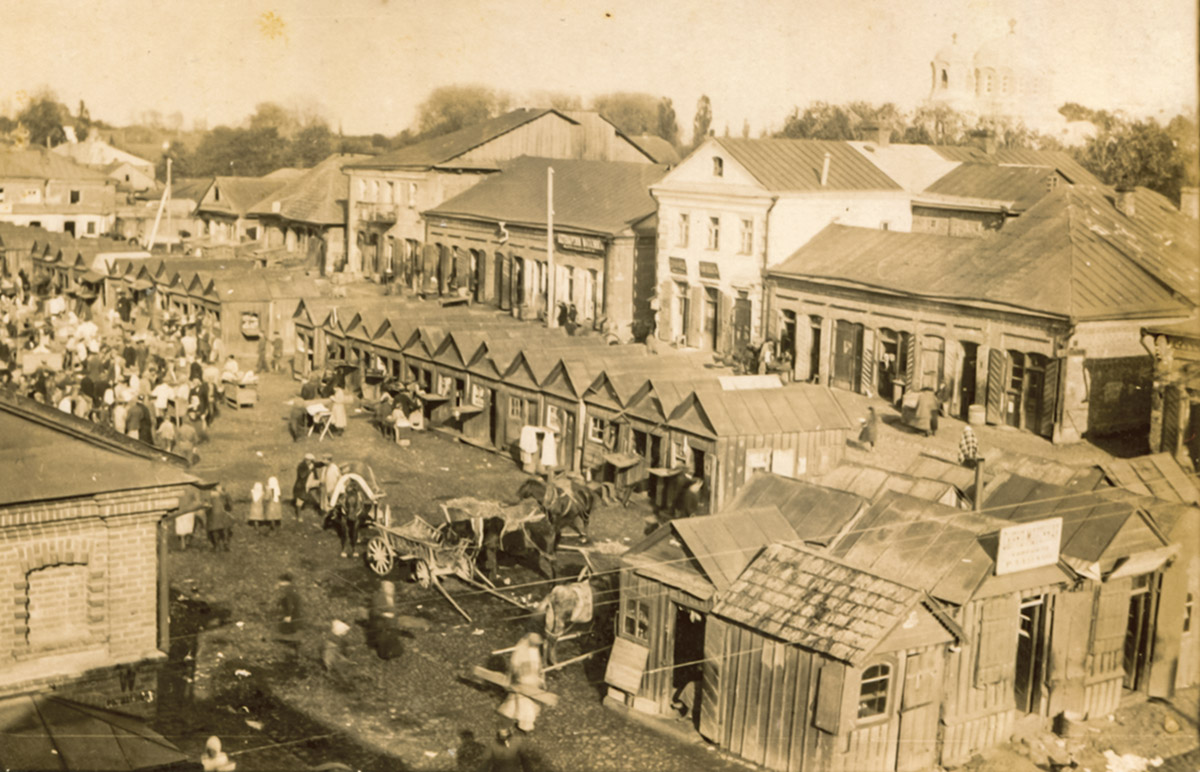 Slutsk. Cheese trading pavilion at the market (On the lower right). Beginning of the 20th century.

The restless events of the beginning of the 20th century, which thoroughly affected the Belarusian territories, alas, forced the best cheese makers to move closer to the large cities of the Russian Empire, so a new surge in cheese making in Belarus occurred already in the late 1920s-early 1930s. One of the first large enterprises in the dairy industry was established back in 1927 in Gomel on the basis of the Molochnaya Lavka guild. In 1935, the Slutsk Cheese Factory was founded and produced its first products, then in 1938, cheese production appeared in Vysoko-Litovsk (the city of Vysokoye), and the Kobrin City Dairy Mechanised Factory was formed on the grateful Kobrin land right after the reunification of the lands of Eastern and Western Belarus. During the war and post-war years, the industry grew with a cheese-making plant in Bereza (1944), a cheese factory in Oshmyany (1947) and a milk-canning plant in Lida (1949). 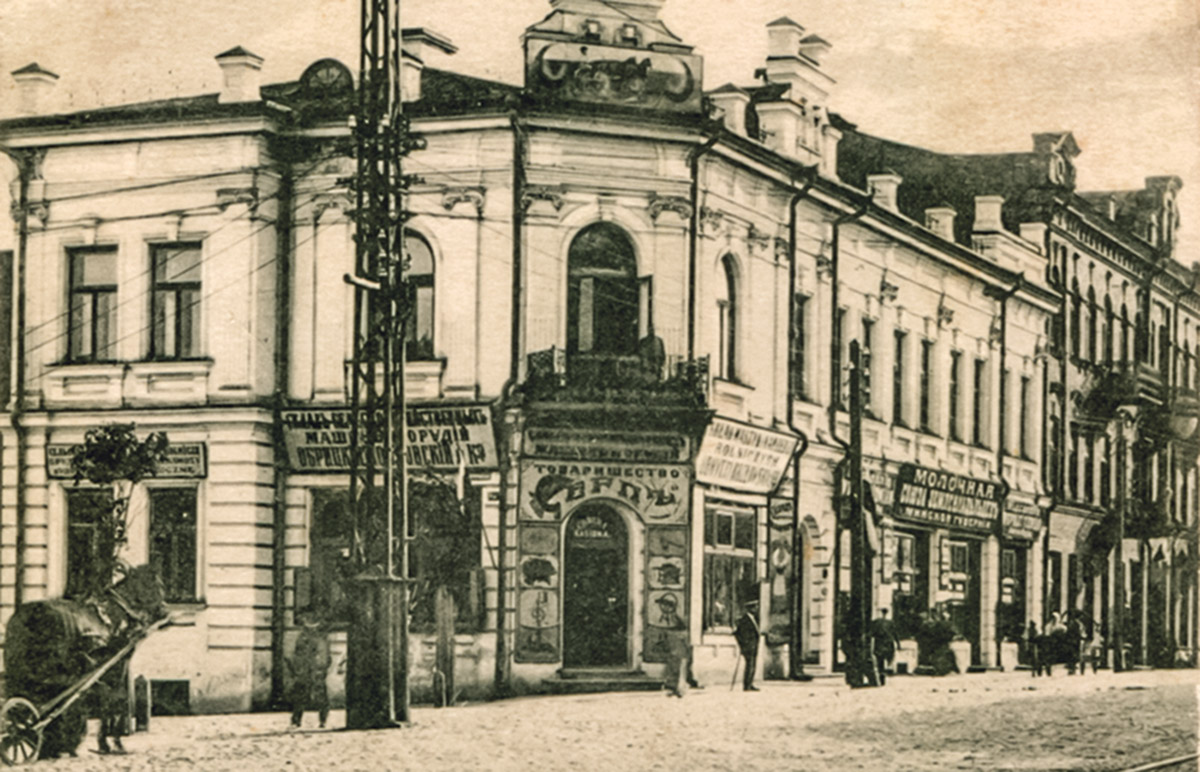 Minsk. Dairy and cheese shop of landowners of the Minsk Governorate. Beginning of the 20th century.

In Soviet times, the dairy industry of Belarus, worked almost exemplarily despite all the costs of the socialist economic system, the products of domestic cheese makers were available in almost any Belarusian city. Moreover, a wheel of our cheese could be converted into a solution to many pressing issues in any major city in the USSR in the late 1980s.

The Belarusian cheese industry has made a qualitative step forward in the last ten years. More than 200 types of cheese are now produced in our country, the geography of supplies includes 26 countries, including the exotic Antigua and Barbuda. Furthermore, last year’s export revenues amounted to $1 billion.

Cheese factory of the landowner Kantorovich. Kobrin District. Beginning of the 20th century.

According to the Agriculture and Food Ministry, the share of Belarus in world cheese exports is almost 6 percent, and this is an honourable 4th place in the world ranking of suppliers. However, it is within easy reach to a place on the world cheese pedestal, judging by the pace at which domestic cheese makers are reaching new and new heights.