Today, the strategy of Grodno Cardan Shaft Plant, whose history is closely intertwined with the fate of thousands of Grodno residents for more than 70 years, is aimed at a complete modernisation of production, the development of new types of products and import-substituting goods, and increasing export potential. The improvement of the technical level and quality of products is at the forefront, as well as the introduction of resource-saving technologies. Not only the competitiveness of products depends on this, but also the place under the sun of the enterprise, which the sanctions of the collective West also did not bypass. The MT correspondent looked at how Belcard JSC exists in the current difficult conditions and what are the prospects for its development. 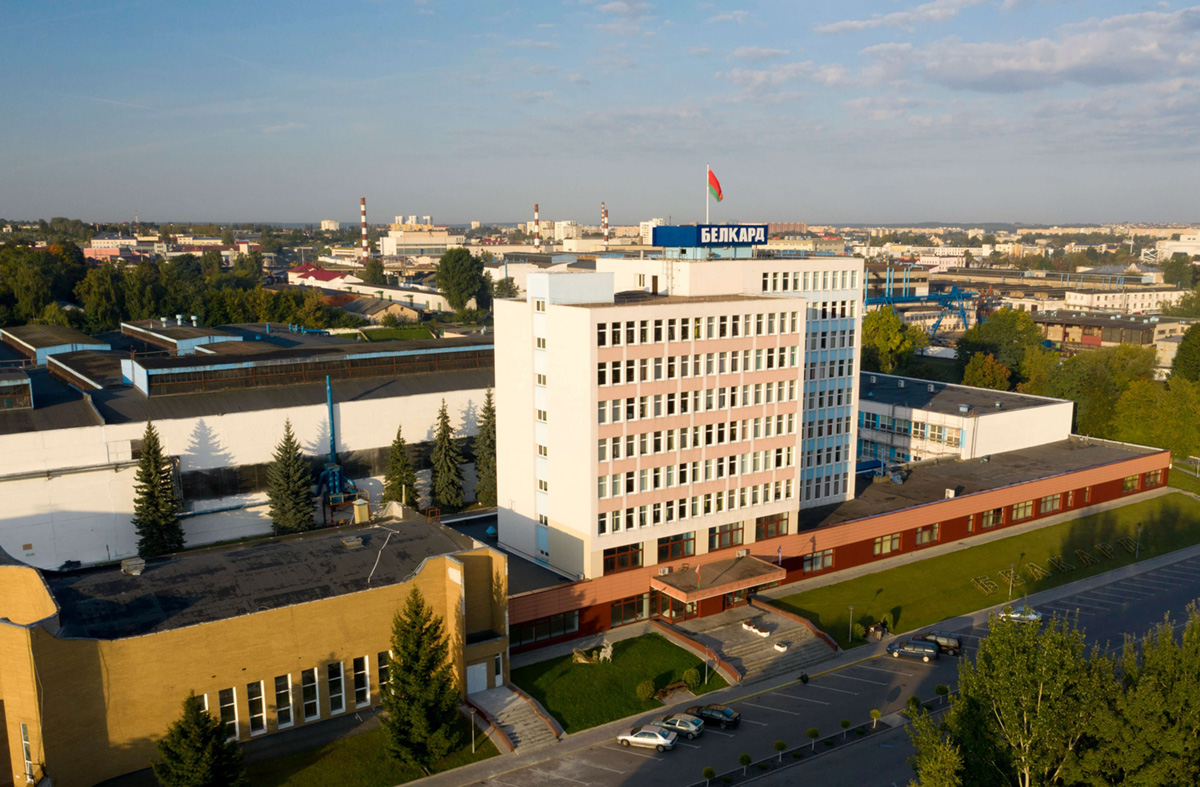 Belcard JSC is closely connected with the enterprises of the automotive industry, primarily in Russia. It was with the release of cardan shafts for the ZIL-120 back in 1959 that the formation of cardan construction in the Grodno Region began. In the future, output for ZIL was increased, experience was gained in joint work to improve the production and design of cardan shafts. In Soviet times, the plant from Grodno was a supplier to the conveyors of all major manufacturers of trucks.
For the last seven years, the company has been increasing its production volumes every year. Modernisation and re-equipment of Soviet-era facilities is carried out at the factory premises. The young manager Andrey Yanochkin, who took over Belсard in 2015, is convinced that this is the only way to create a modern production facility for the production of automotive components. “Our brand is one of the most recognisable among industrial enterprises of the country. However, we have to compete hard with Russian, Chinese and Turkish manufacturers in foreign markets. The advantages of the Grodno enterprise are, primarily, high quality, as well as competitive prices. In addition, Belсard’s image is positively affected by the receipt of international certificates of conformity of the quality management system,” director starts the conversation. 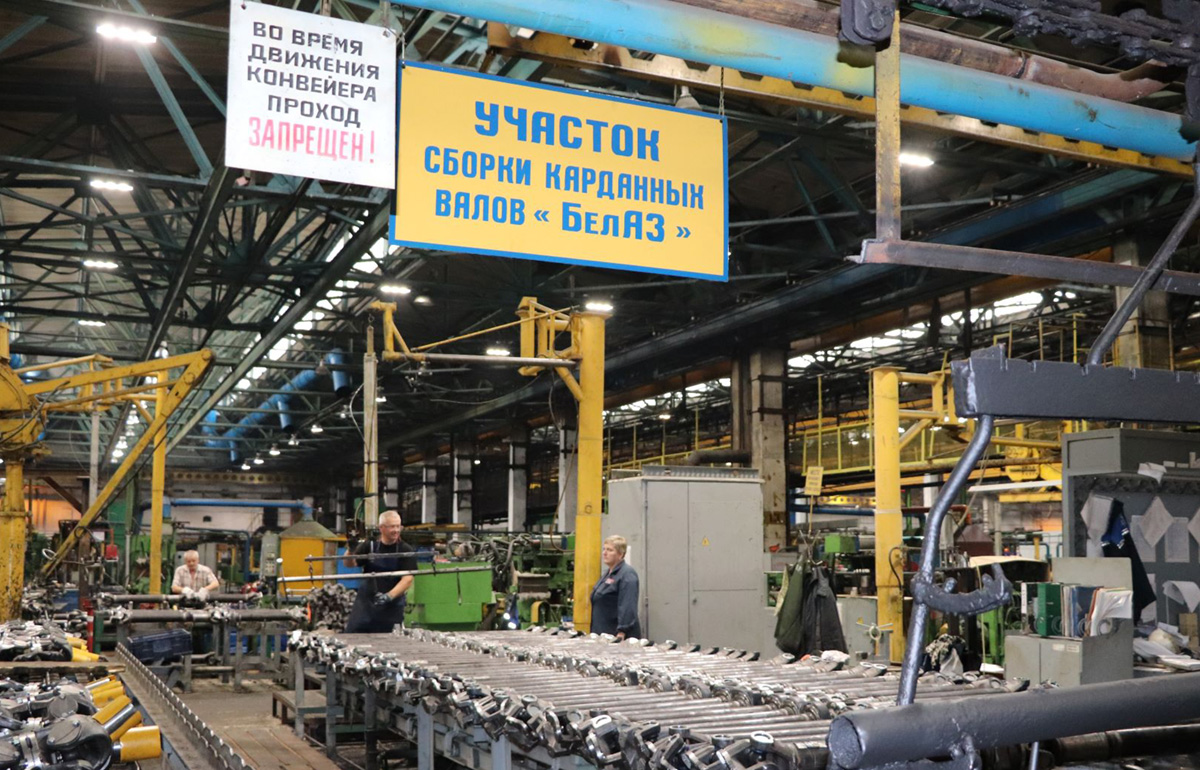 The workshops of the plant are constantly modernised

Currently, more than 50 percent of products are exported. Mainly to the Russian Federation. The main consumers are factories for the production of automobile, tractor, road construction, agricultural, railway and other ground equipment for various purposes. The main export partners are the enterprises of GAZ, KAMAZ and others. In general, Belсard focused on the Belarusian and Russian markets.
“This does not mean that the sanctions that have influenced many enterprises in the country have bypassed us. The Ukrainian market was part of the export positions. At the same time, it became possible to increase the volumes for the Minsk Tractor Works, we are actively co-operating with MAZ. The volume of production compared to the corresponding period of last year increased by more than 30 percent, exports — by almost 20 percent. For half a year, products worth more than $9 million were shipped, profitability increased by 4.9 percent. The numbers show that the company is operating efficiently,” continues the manager.


The customer is always right

Grodno Cardan Shaft Plant produces a wide range of products: cardan gears, shafts, shock absorbers, brake chambers, hinges, gas springs, steering rods, couplings. In addition, the company provides services. For example, it tests cardan transmissions of cars, tractors, buses and other equipment, and repairs them.
The plant is undergoing modernisation at its own expense, and this process does not stop. A semi-automatic face-round grinding was put into operation in February last year, in March — gear-milling. In May 2020, a vertical milling machining centre was launched. The first was put into operation in 2017 and has proven to be a success. The plans include the purchase of two machines for balancing cardan shafts and gears. Two machines manufactured in China are in commissioning. Three more tool machines are expected next year. The new equipment will allow optimising process flows, reducing the amount of equipment involved, rationally arranging it, and, of course, improving the quality of products and obtaining new technological capabilities for the production of automotive components. 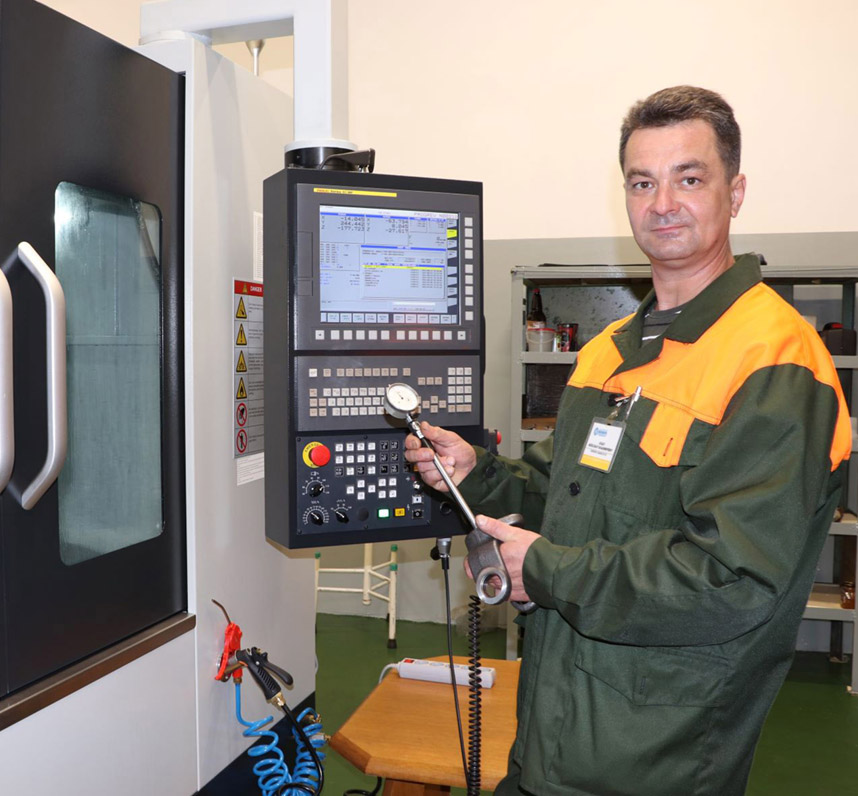 In modern realities, increased requirements are imposed on the details of the latest transmission and suspension units. First of all — on the quality of workmanship. Non-standard technological solutions, special equipment for processing, control and certification, fixtures, basic and auxiliary materials are required to meet these requirements in the conditions of mass production.
Yury Chernetsky, head of cardan shaft production, notes, “We are working according to a business plan developed for five years ahead. Indeed, directions can change very quickly, following the trends of the times. For example, until recently the work was focused on heavy vehicles for the Russian car market. Now attention is also directed to cars, for example, AvtoVAZ. We would like more new equipment, which brings new technologies, highly qualified personnel, wage growth.”

Now the plant employs about 1,700 workers. There are many labour achievements and well-deserved awards of the all-Union and republican level in the production history of the joint-stock company. Today glorious traditions are adequately maintained and developed here.
The machine shop is always busy. Among the Soviet-style machine tools, new modern ones stand out favourably.
Aleksandr Buben has been with Belcard for a quarter of a century and is one of the most responsible professionals who are said to be the backbone of the company.
“Last year I also switched to a CNC machine to do my job more accurately and efficiently. Again, speed matters a lot. I mastered it quickly. It’s like moving to a new car. Believe me, you get used to the good quickly. Our team is friendly, especially our area of experimental work,” introduces the interlocutor. 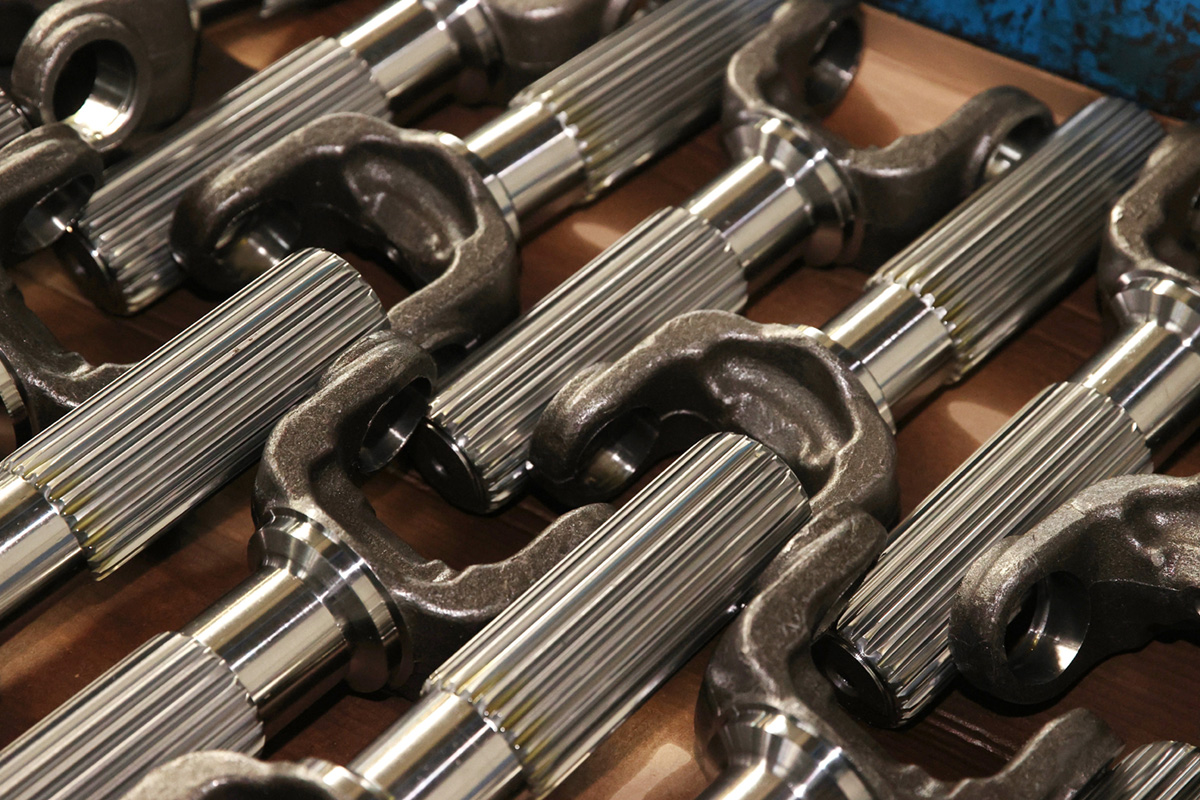 The head of the equipment adjustment bureau, Viktor Zhidok, is also pleased with the positive changes taking place before his eyes, “I came to the plant seven years ago, and I have been holding this position for three years. The main task is to launch new machines and parts into production. I learned my profession at Yanka Kupala Grodno State University at the Faculty of Equipment and Technologies for Highly Efficient Processes in the Processing of Materials. I thought I would work and go somewhere else, but the plant sparked my interest in profession. I do not sit idle, considering that in recent years’ new equipment has been constantly coming. For example, this machine that you see now will replace seven pieces of old equipment. And earlier, to make, say, this part of the cross, it took a day, now it will take no more than an hour. As they say, feel the difference,” a young man talks about the steps of the career ladder.
The administration tries to provide not only comfortable working conditions for Belcard JSC employees. A lot has been done in recent years, not only in industrial terms. There is a new asphalt on the territory of the enterprise. The building was insulated, new double-glazed windows were installed, and the facades of the plant buildings were painted. Yury Bekish, Deputy Director for Ideological Work and Human Resources, draws attention to the social sphere, “The working man is our top priority. The staff has a canteen, a medical association, where constant monitoring of the health of employees is carried out. Much attention is paid to a healthy lifestyle, active recreation. The annual tourist rally is a vivid confirmation of this. All taken together positively affects the well-being of the enterprise staff members.”