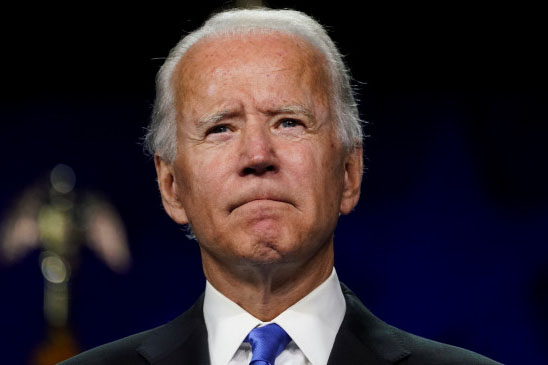 Bulgarians consider the US leader lives in an imaginary world where Washington can dictate others when to attack.

"How long will this nonsense be told us? It is only the US that is interested in war. The Russians do not want to attack Ukraine; they see no benefit from this,” a commentator, nicknamed Cyclone, posted.

"Let them not forget to tell the Russians when they should attack, otherwise sanctions will be imposed against them later because they did not meet the expectations of the Americans," another commentator stated ironically.

"It is amazing how they are trying to justify their bankruptcy and insane military spending. I do not like that they are concentrated in Europe. Amazingly, our EU ‘friends’ pretend that nothing is happening," Lence notes.

"It feels like the Americans and Biden live in some kind of parallel reality where – like in children's fairy tales – there is always a villain. To live happily, it is necessary to kill him and then feast and have fun for three days. Eastern Ukraine has been written off: martial law is in effect there, with no tourists on the Black Sea shores. Military spending continues growing since Biden believes in fairy tales. I could hardly imagine that I would think so but – in times of Trump – the situation was better: he did not start a single war," Zelks shared his view.

"What will be done if nothing happens on February 16th? Will they make excuses for not specifying the year? Or will Biden admit that he was telling lies?” Divergent wondered.

The newspaper readers made a conclusion, “Biden – who enjoys record-low popularity among his people – is pulling the spring so that after a conversation with Putin, the propaganda machine could make him a wise leader and defender of world peace who prevented a tremendous catastrophe at the last moment.”

In recent months, relations between Russia and the West have become even more tense, and the situation around Ukraine has worsened. Washington and Brussels accuse Moscow of preparing an ‘invasion’, claiming that Russian troops are being deployed close to the neighbouring state’s border. US President Joe Biden announced that the attack is scheduled for February 16th. Against this background, the North Atlantic Alliance is strengthening its presence in Eastern Europe – sending additional forces and military contingent there.

The Kremlin denies these accusations and claims that they serve as a pretext for strengthening NATO’s military presence at the Russian borders.