During today’s meeting of the President of Belarus with the country’s economic bloc, Inna Medvedeva, the Chairperson of the National Statistical Committee of Belarus (Belstat), proposed to introduce price regulation along the entire chain, BelTA reports 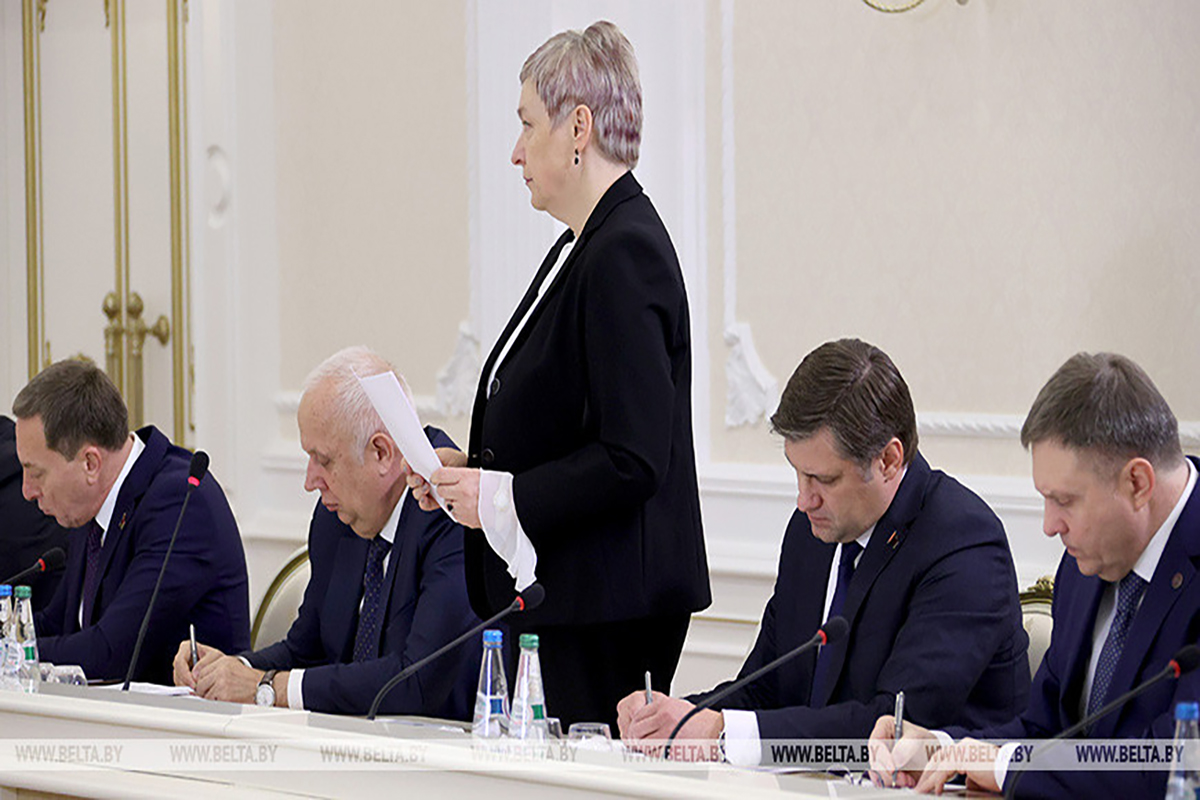 Inna Medvedeva noted that inflation in August stood at 13.8 percent. It is expected that in September it will increase by another 1.6 percent.

“A third of the contribution to inflation since the beginning of the year has been made by the increase in food prices. Moreover, this contribution was primarily due to the rise in prices for domestic food products,” the Chairperson of the National Statistical Committee explained.

According to her, the increase in food prices in retail chains is due to an increase in prices along the entire chain: from agricultural organisations and producers to retailers.

“According to manufacturers, the main reason for the increase in the cost is the rise in prices for raw materials and fuel. Significant dependence of separate industries on the import components, e.g., confectionery, leads to a significant impact of exchange rates on the cost of products and a direct dependence on the prices of raw materials set by suppliers. Moreover, prices on the domestic market and its saturation with goods are influenced by the cost of food on the world market and directly from our neighbours,” Inna Medvedeva stated.

Meanwhile, commodity producers have found a loophole, enabling them to raise prices and circumvent anti-inflationary legislation. They supply traditional products to stores under the guise of new items, setting a higher price.

“We consider it expedient to establish state regulation of prices for business entities – from manufacturers to retail chains – to prohibit the registration of new goods with a slight change in their consumer qualities, to develop a clear system for the formation of the cost of seasonal goods, especially for greenhouse complexes, in order to prevent price increases in the annual expression and smooth seasonal fluctuations, to develop a mechanism for recalculating the cost of imported products for all importers,” the Head of Belstat concluded.

In his turn, Prime Minister Roman Golovchenko believes that strict price regulation is not the way to solve all problems. “In 2020-2021, price regulation in our country was much softer than now. At the same time, inflation and prices were within the forecast parameters. This is not the only thing. It is possible to regulate everything to the limit and get the opposite effect,” he said.

“Roman Aleksandrovich, let me remind you that, fortunately, you are the Prime Minister of Belarus, not Estonia, Latvia or Lithuania. Why should we look at them [annual inflation in Estonia exceeds 25 percent while inflation in Latvia and Lithuania is over 20 percent]?” Aleksandr Lukashenko reacted to the words of the Head of Government.

“I do not compare us with them. I just want to convey to those present that the system of price regulation in the country has been created, and it has become tougher this year compared to previous years,” Roman Golovchenko explained.